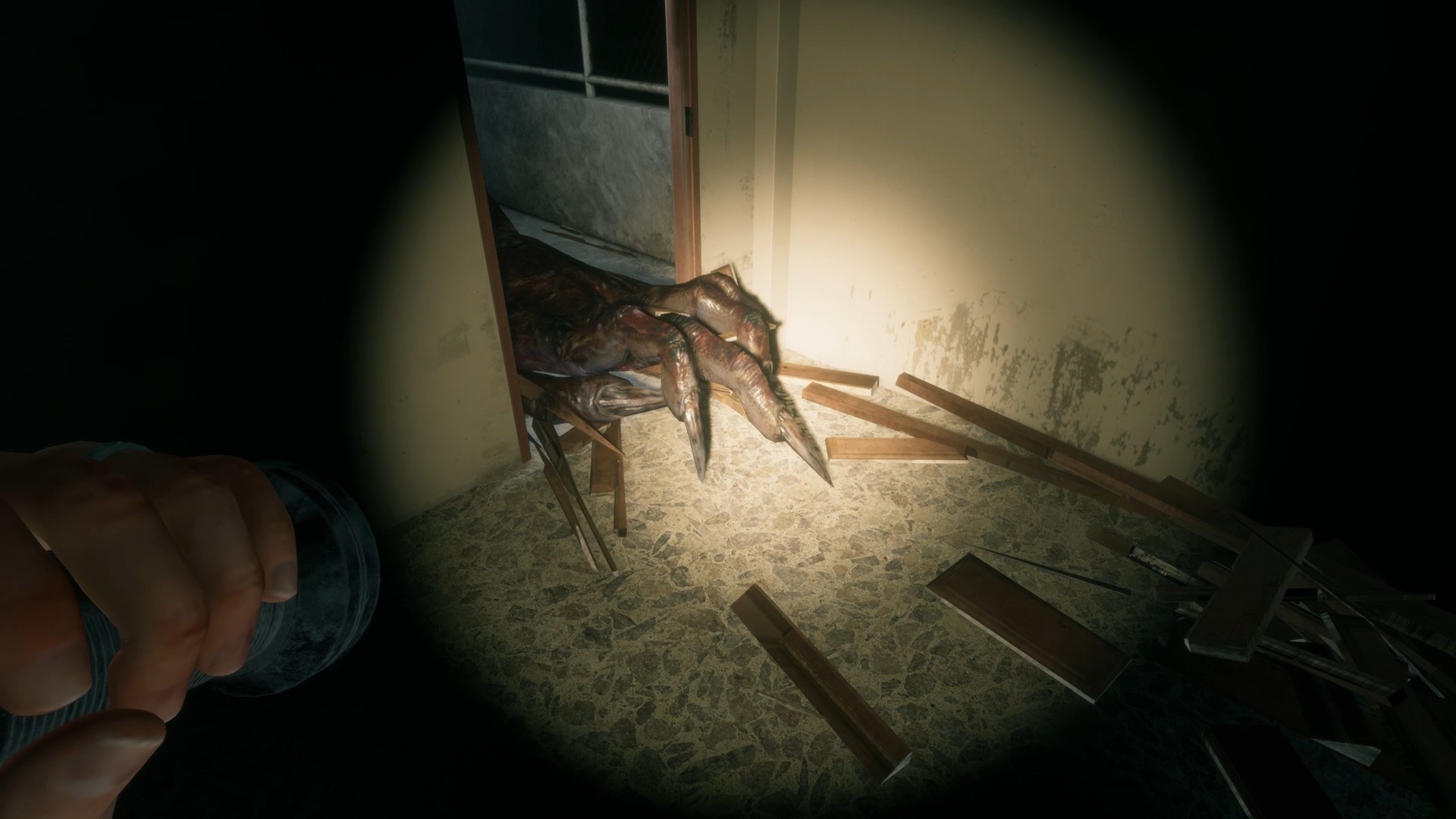 Last Thursday, while searching through the PlayStation Store and with £30 burning a hole in my proverbial pocket, I stumbled across Home Sweet Home, which after purchase, would leave me with £10 still standing. However, right beside this particular horror FPP, was another title, Layers of Fear 2, which I found to be much more desirable. So once the push came to shove, I was there watching the download bar, slowly ticking away, while the sequel to the superb Layers of Fear was slowly engraving itself onto my consoles hard drive. As it was happening, I received an email asking if I’d be interested in reviewing – and you, guessed it – Home Sweet Home.

Without a moment of hesitation, I jumped on this opportunity, because well – Home Sweet Home is a first person horror adventure and this particular genre is just up my street. So I put the download of Layers of Fear 2 on hold, and I begun to syphon in the 2017 Thai horror extravaganza, which has just made its way onto Sony’s PlayStation 4.

Being a first person perspective game, Home Sweet Home gives users an ability to play it through the literal lens of PlayStation VR. But as I have gotten rid of my headset quite some time ago, I played through this rather neat title, in the more conventional way of using the screen of my TV. Right from the get go, I understood that Home Sweet Home, should, and rather must be played with the use of virtual reality, because without it, the visuals of the title appear to be rather underwhelming. Sure, Home Sweet Home is at this point two years old, as it made its debut on PC back in 2017. But the sparse amounts of detail and tame environment have been clearly designed for the medium of virtual reality; as home sweet home is deliberately tame, to be played using the rather taxing, VR headsets. 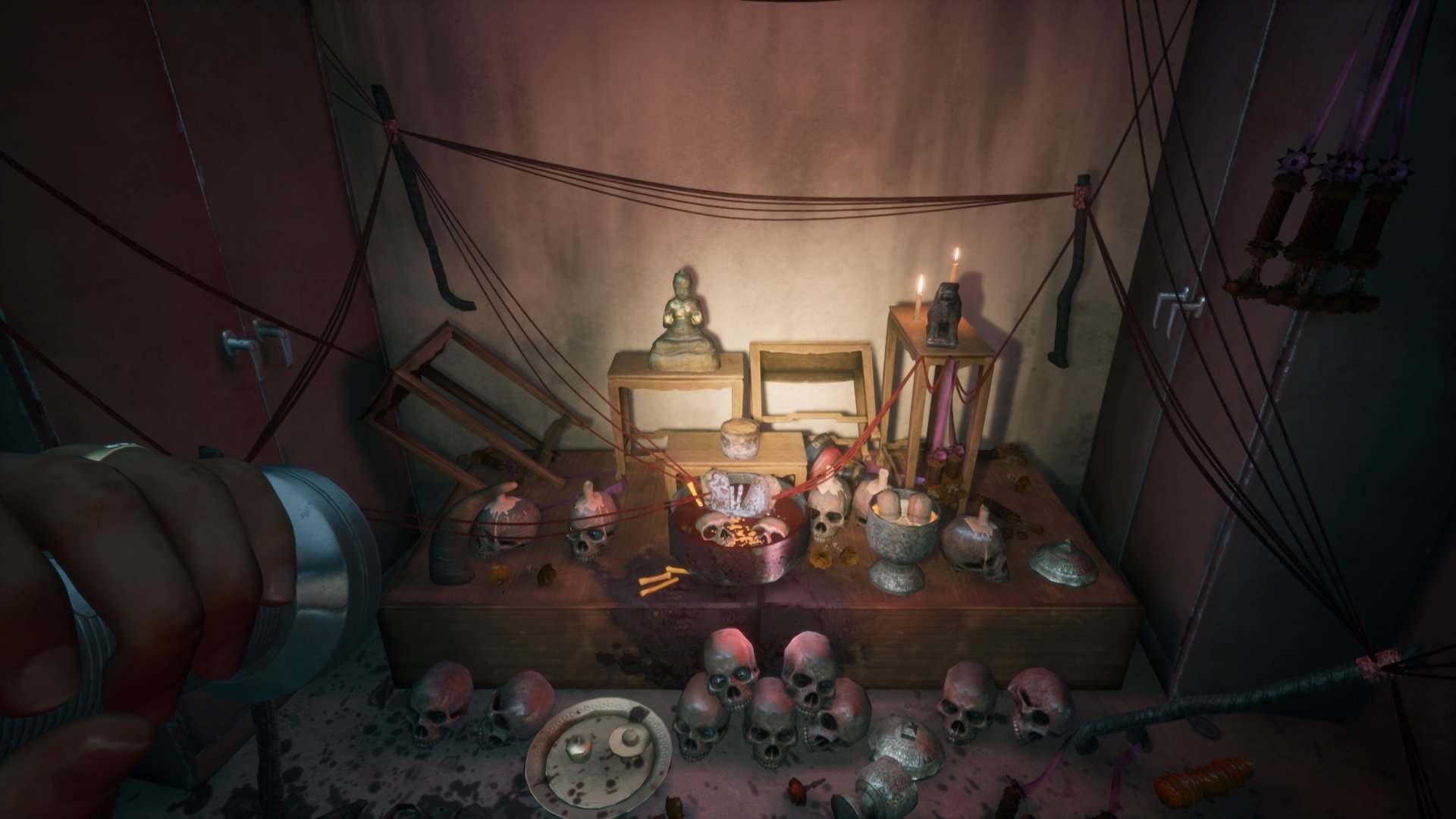 Visually, Home Sweet Home may not be able to hold a candle to Layers of Fear 2, or even the Observer_ and Outlast 2. But it is by no means an ugly or unattractive title, as it is largely perfectly fine, but it does lack the wow factor and the many smoke and mirrors which other titles of the subgenre are full of these days. But what this particular release doesn’t lack is horror, as from the very beginning, all the way until the end credits, Home Sweet Home is filled to the brim with scares, adrenaline pumping sequences and sinister showpieces – which could even rival the vast majority of modern Hollywood productions of the horror kind.

Within the confines of Home Sweet Home, you find yourself following a case of a missing high school student who has disappeared under some rather dubious circumstances. As the story unfolds, you encounter ever new leads which turn a bog standard thriller, into a blood and gore filled horror filled with supernatural and the occult. In truth, both the direction and the thematic content of Home Sweet Home is simply superb, as it is hard hitting, impactful and most importantly of all, unique. As the Thai setting and the use of the nation’s culture, results in an experience which is difficult to come by not just on PlayStation 4, but on the western market as a whole.

Home Sweet Home may be a far-eastern production, but it also has clearly sourced a lot of its content from the west. American-made jumps scares and Eastern European use of folklore are the driving mechanisms of the experience. On one hand that’s great, as it allows people like me to feel right at home with a title which was developed thousands of miles away. But on the other, it burdens the player with run and hide sequences, which force you to play cat and mouse with hostiles, over and over again. Each time you fail, you are being sent back to the previous checkpoint and are forced to repeat the sequence which you have just failed, all over again. However, once you struggle through sections such as the one outlined above, you are always being rewarded with a chapter which is not just unique, but also much more enjoyable. And those particular chapters, which make up half of the experience, are exactly the thing which makes the title tick. 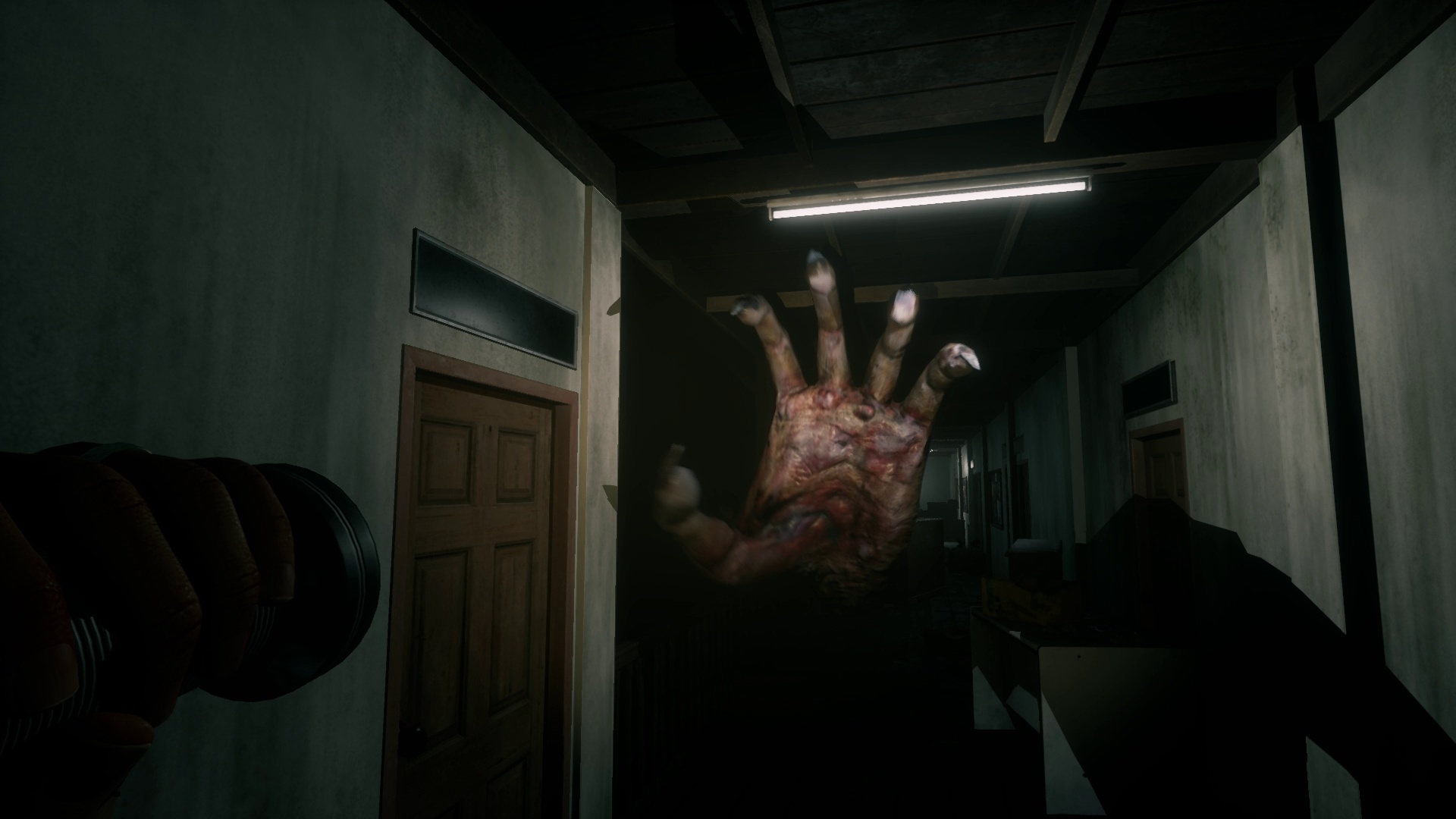 Once you are presented with the truly unique portions of Home Sweet Home, you’ll feel like the title at hand is one of the best horror games you’ve ever played. But once you hit the finale, of either of those chapters, you get thrown back into the cat and mouse chase, as you already know – is not exactly the most enjoyable. And after spending my time with Home Sweet Home, I couldn’t shake the feeling that those particular chapters felt more like filler, rather than genuine content. As all the other portions of the title feature unique environments, hostiles, and sub-narratives. Whereas the ones where you are forced to play cat and mouse with the game’s lead antagonist, feel like they’ve been forcefully injected, just to make the title last longer.

If the developer behind Home Sweet Home were to remove the above-mentioned sections of the game, and polished up the reminder of the experience, the title in question could have been the horror game to play. But the cumbersome hide and seek sequences, in conjunction with the protagonists stiff and finicky movement, result in a game which is only half way there. Sure it has its moments, but those are just moments. They last a brief second, only to then get overwhelmed by the title’s repetitive nature, and over-reliance on the insta-fail sequences. For that very reason, I cannot uniformly praise it, nor recommend it. I would love to give it a higher score, but with Home Sweet Home as it is, it is simply impossible.

Home Sweet Home is a unique horror adventure, with some very brief highs, and some rather long-lasting lows.