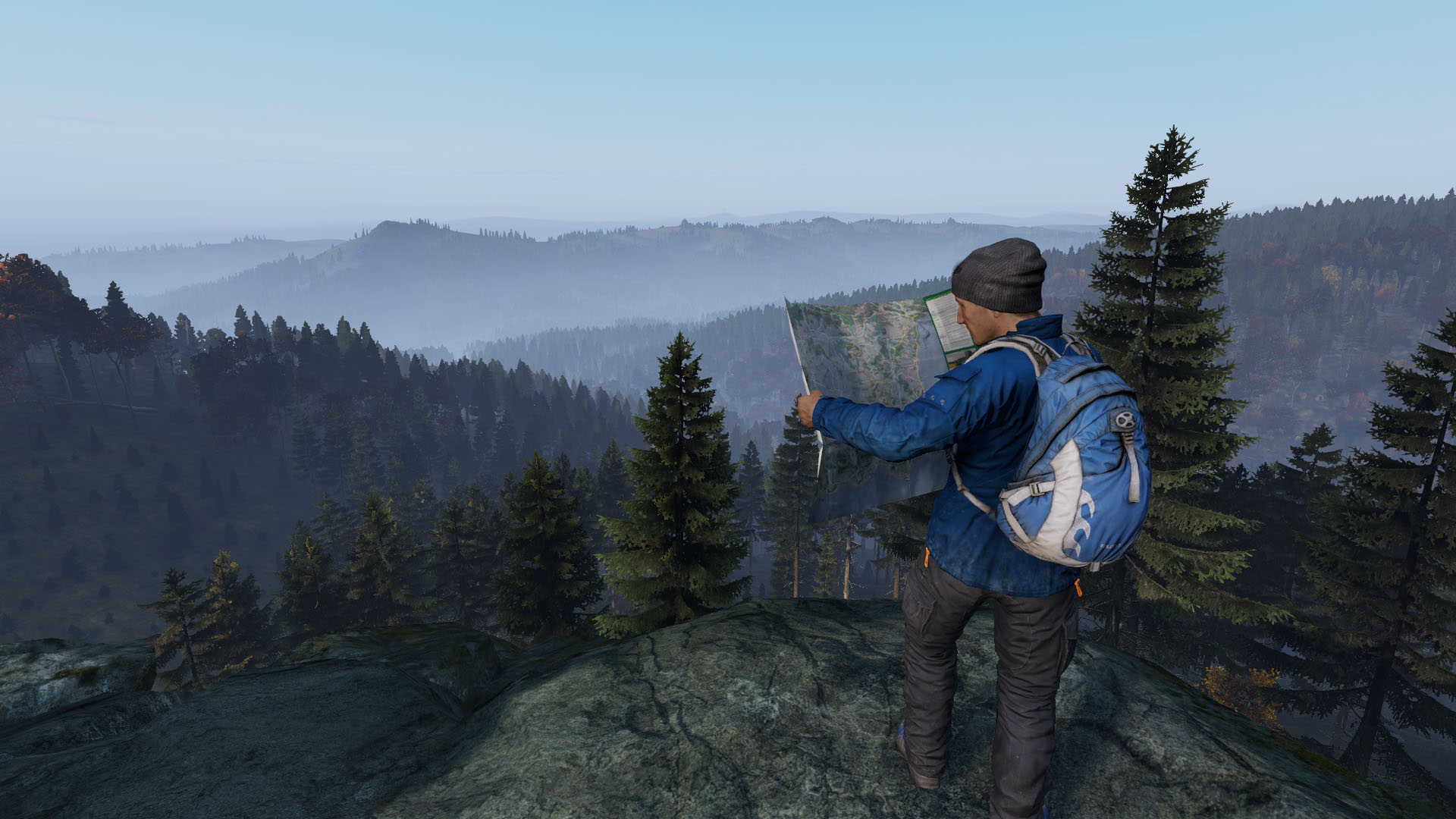 Many of you may not know it, or simply don’t remember the days when all non-AAA PlayStation Network games were capped at a rather reasonable price of £15.99, but were still usually sold for much less than that, as most indie’s would retail at either £7.99 and £11.99. And to me, just like any others who gamed previously on PlayStation 3, the PlayStation 4 PSN pricing seems a little absurd, as most games these days retail for over £20, and some, just like the recently released DayZ, sell for the rather hefty £40 and as you are about to learn, DayZ, just like the vast majority of modern digital only titles, is simply not worth its asking price.

When you launch DayZ for the very first time, after swallowing the fact that you’ve just paid £40, you’ll be welcomed with the menu screen. However, you will have to give DayZ a minute, as this particular game’s title screen is literally loading in object and textures before your eyes. So first you are faced with a blank, white screen, then all the models of trees and the playable character load in, and then at the very end, all the textures start popping up one by one. While this doesn’t exactly impact your gameplay, then it is rather absurd and jarring, as even I, the person who plays every single PSN cash grab, haven’t seen it before.

Once DayZ’s title screen loads in, you can then look for a match, or partake in a tutorial. And no, the tutorial isn’t playable, nor is it interactive. It is simply a four page PDF-styled document through which you can browse in a matter of seconds. Once those seconds pass, you can then engage in the actual gameplay, once you have selected a server from the list. The server list is one of DayZ’s high points, as it allows you to pick and choose where and how you want to play, as you can either play on a server with persistence turned off, meaning that once the server is switched off, you will lose all your progress or you can play on a server with persistence switched on, and as you have guessed, such servers saves all your progress and allows you to maintain a home base, partake in more complex activities, or roleplay – if that’s your thing. 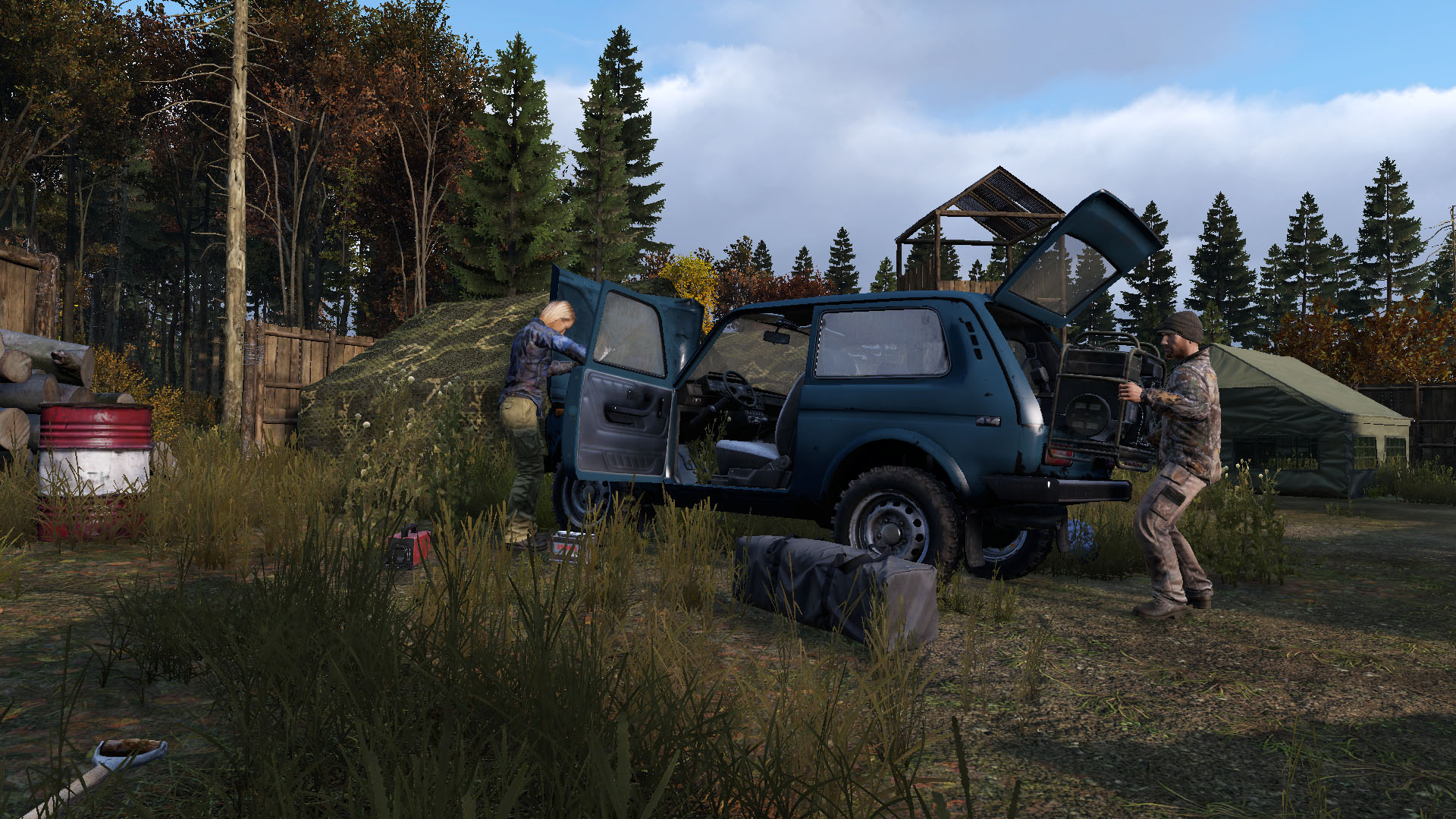 The server browser also has its issues, and one of them relates to the fact that it is not the same for everybody. So when you are trying to play with a friend, one of you has to be constantly refreshing the browser, until the desired server appears. The co-op woes don’t end there, as in DayZ there is no party system and the game doesn’t spawn you in proximity of your friends. So if you want to play together, you will first have to get your bearings, preferably find a compass and a weapon, and then using a third party mobile app, meet up at a selected location. But beware, the map of DayZ is astronomically large, so before you decide to take on the world, and meet your friends, you will have to build up your inventory, as the world of DayZ is immensely unforgiving.

I’ve recently played two horrors, Layers of Fear 2, and Home Sweet Home and neither of the two titles was anywhere near as intense or nerve-wracking as DayZ. Yes, DayZ is a multiplayer only title with no set narrative. But its eerie world, and its unforgiving nature, result in an experience like no other. Sure, undead which can end you in a couple of swings are beasts of their own, but what makes DayZ truly scary, is the fact that you are playing against other players, who can end you just as quickly as you can end them.

The ‘heated gamer moment’ may be an absolute meme, but DayZ has delivered to me a ‘heated gamer moment’ like no other. While playing with a friend we got separated, after wandering off in different directions looting. At one point, I have heard somebody inside a house I was approaching. With a shotgun in hand, I pressed down on the d-pad, and asked whoever was in there to not be afraid, as I am just passing by. But less than five seconds later, a Spanish guy barged out the front door with AK in hand, shouting something in his native language. After we have spent a good minute, circling around in the middle of the street, he has started switching his gun and me, not wanting to lose my items and have to look for my friend all over again, fired a single shell in his direction. I didn’t intend to kill him, but one shell was all it took for him to hit the ground. After looking through his corpse, I found out that he had no ammo, and he was not switching his guns, he was trying to put it away. 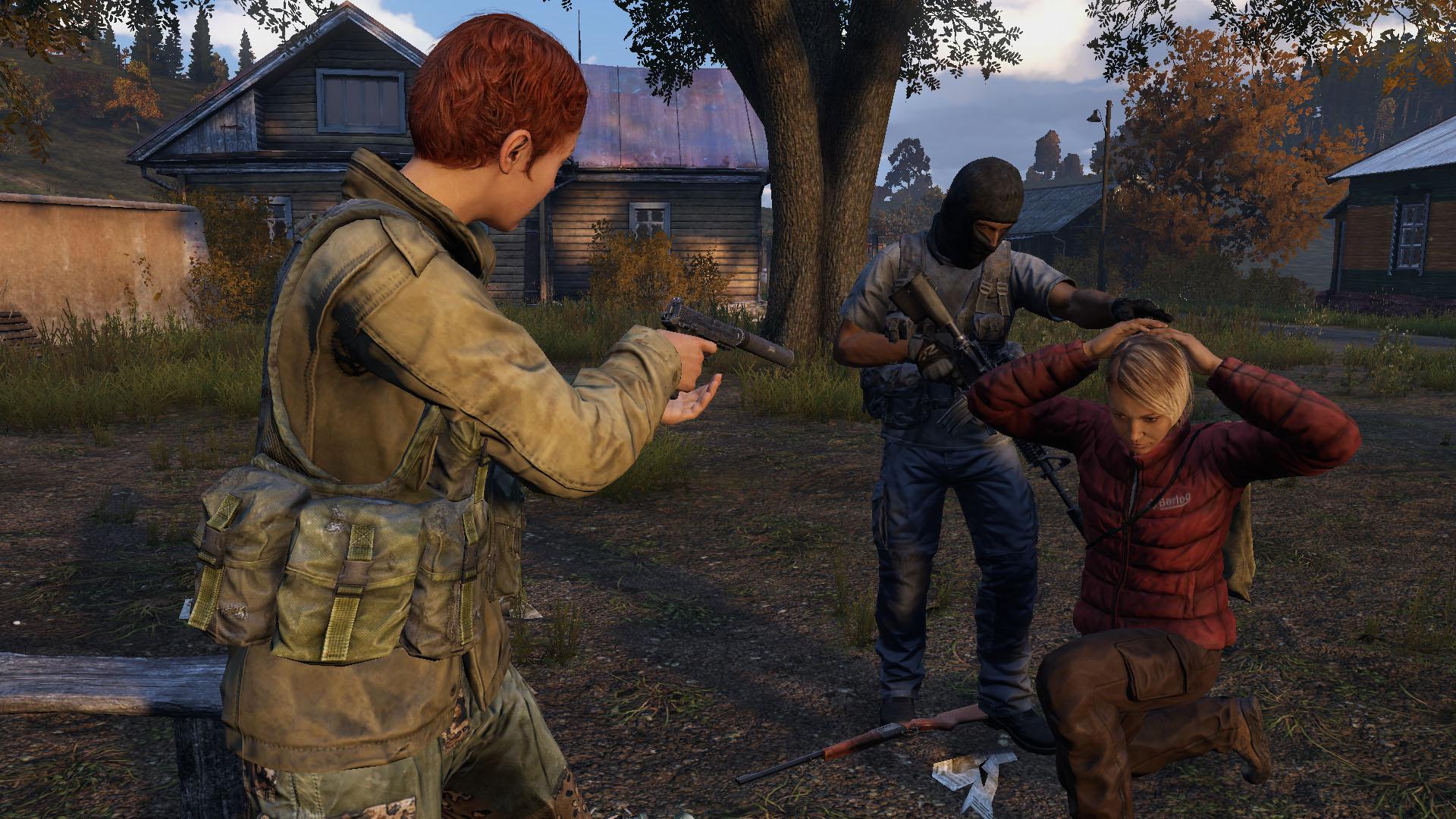 I’ve played a lot of games this year, but no title, no release, was anywhere near as fun as DayZ. It’s like a western mixed in with zombie flick. On one hand, you have hordes of vicious zombies out for your blood, on the other you have other players, who can aid you in your seemingly aimless journey, or they can be much more evil and sinister than the bloodthirsty zombies. This ambiguity of DayZ, is what makes it the incredible title which it is. Sure, it has its issues, as its framerate leaves a lot to be desired, and additions such as party system, and private servers would be more than welcome.

DayZ, is a great game. But it will require an abundance of quality of life changes and performance stability patches, before it will be worth its £40. Don’t get me wrong, I absolutely love it. But due to its rather stiff inventory management system, and rather cumbersome player movement, it can be a little inconvenient at times to play. But that being said, things such as in-menu maps, or an on screen compass should never be added to the game to make it easier. As its gruelling and punishing nature, are exactly what makes DayZ, DayZ. And I feel confident in saying that DayZ¸ is the only one of a kind experience on the PlayStation 4.

DayZ is truly one of a kind experience, but it is also a game which will require quite few patches before it is truly enjoyable, and worth its steep asking price – or you know, one big one..