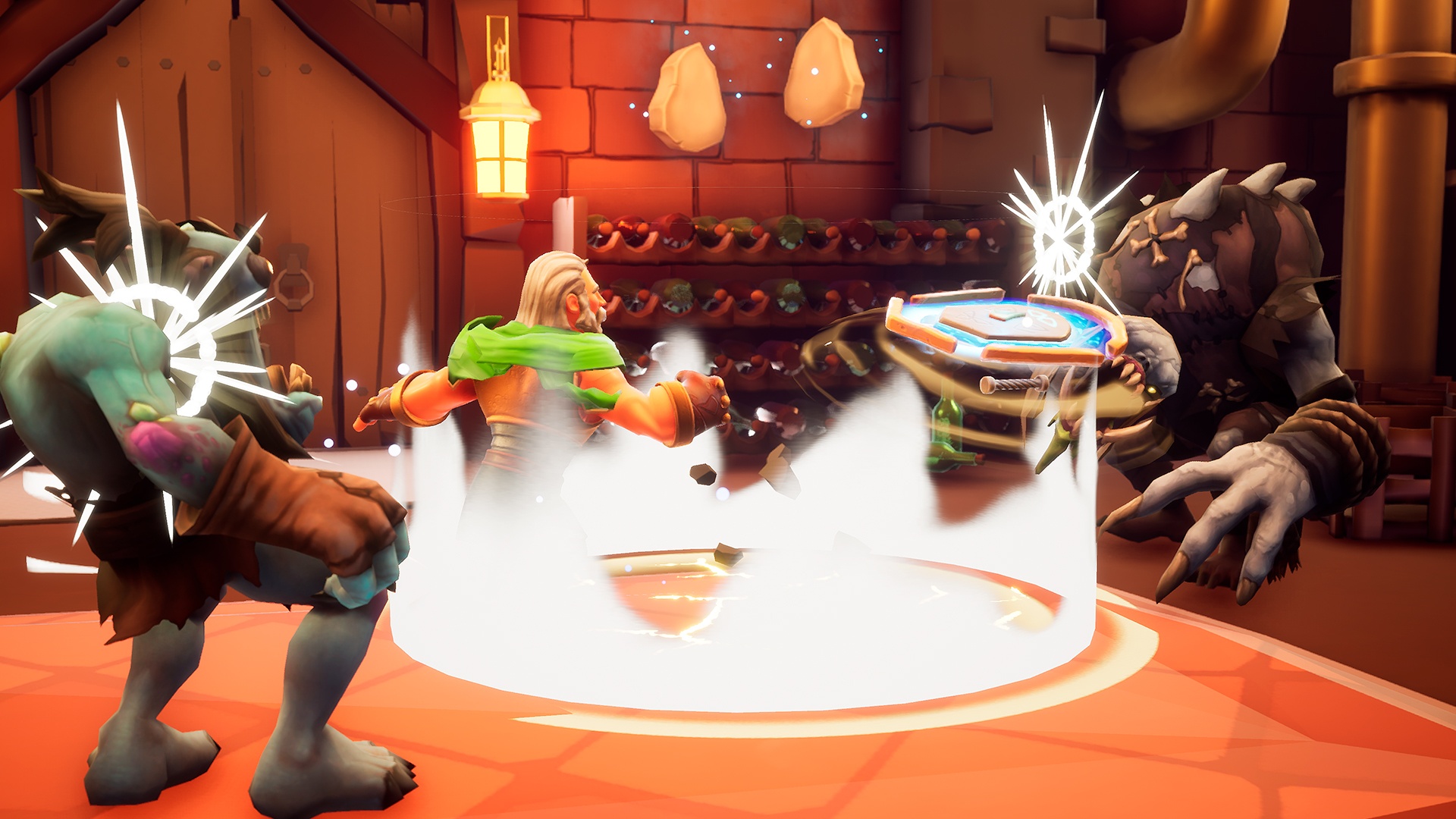 Most games do the best they can to leave the greatest first impression possible, as the first hour of each and every game is of the utmost importance. It is used by most, if not all customers to gauge whether or not the game which they’ve just purchased is worth playing and the recently released action adventure Effie, is unfortunately at its worst during that time. This is due to the fact that the introduction, or the prologue if you prefer, is not just incredibly limiting in terms of gameplay, but it also exposes all of the title’s limitations.

Effie works as a retelling of a long lost tale. Throughout, the title is being narrated by the main protagonist who is detailing the exploits of his past to his granddaughter, but despite the intensity at which the narration is delivered, the title at hand still insists on the heavy use of cut-scenes, which in truth, do very little to propel the story forward. In addition to all the in-game cut-scenes, even the ones which serve the role of area exposition cannot be skipped. Meaning that when you enter certain areas and the camera is panning around to show you points of interest, or any changes to the world which came at the direct result of your action, you have to sit through them and wait.

Cut-scenes in and of themselves can be rather irritating, as they heavily impact the pacing of the game. However, such also exposes Effie’s limitations in terms of visuals, character animations and last but certainly not least, performance. Each and every cut-scene which I have encountered has either showed off underwhelming textures, stiff and inhuman character animations and, most importantly of all, Effie’s struggles with lighting effects. The latter is the most jarring, as whenever Effie is using alternate or additional light sources, such are plagued with artifacting, clipping and a general lack of quality.

Once you pull yourself through Effie’s prologue and get the rune shield, which serves as the main weapon in-game, you are released into the title’s open world. At that point, Effie improves significantly as the second you touch down on the blood red fields of its world, the true action adventure begins. While the world itself is not particularly large, then it has enough content to keep you occupied. However, the freedom which is given to you, the player, can backfire as it removes any semblance of the flow from the proceedings. The introduction of new enemy archetypes does lack the fanfair that one would normally expect, as the second you start exploring you simply stumble across new races, archetypes and forms of hostiles. 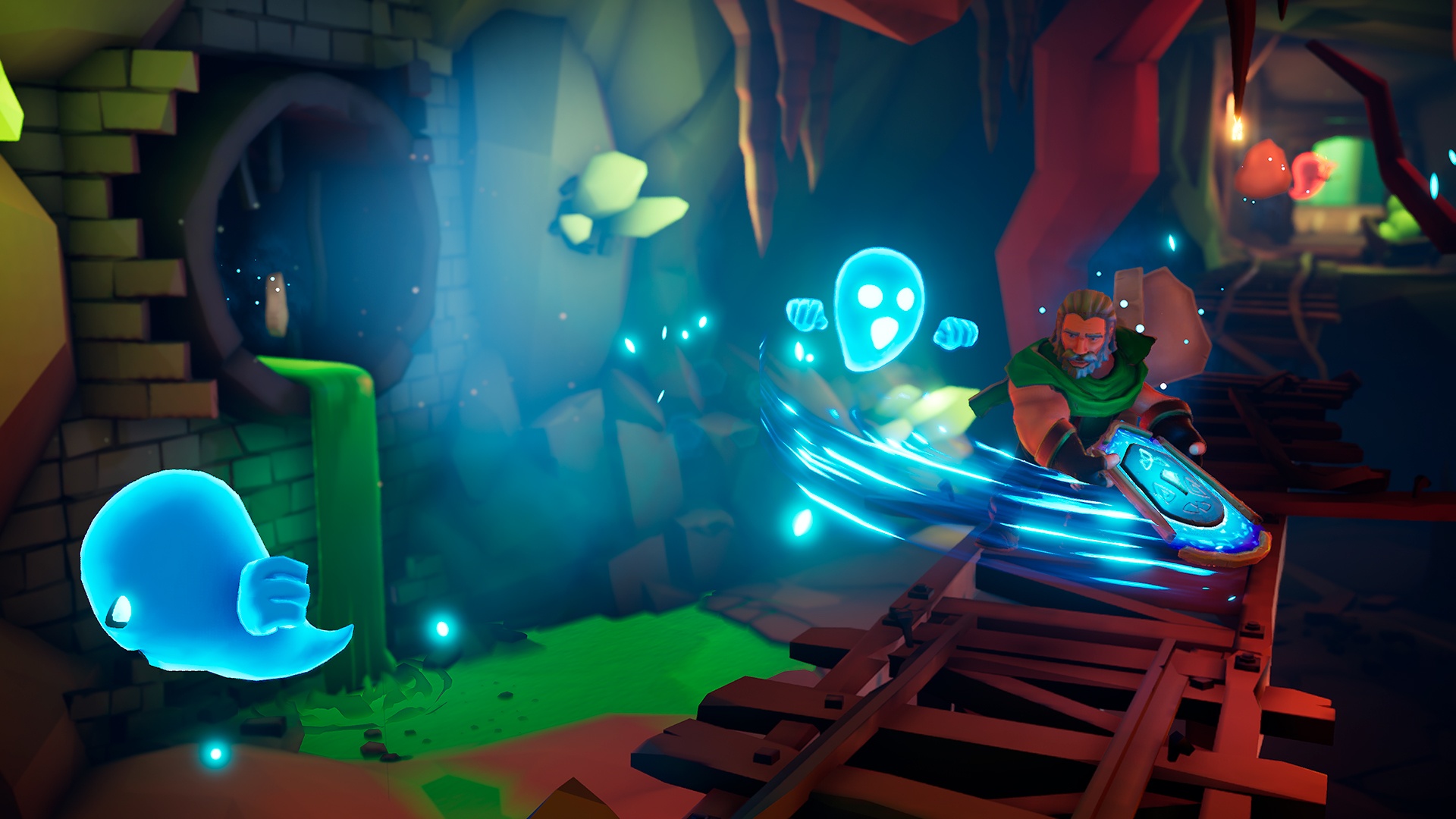 Effie is an indie product, so in its scope and scale, it is nowhere near as big as Spyro the Dragon, or Yooka Laylee. However, its limited size, and in many ways capabilities, are the high points of the game as such allows the developer to deliver a much more streamlined and cohesive experience. The adventure, which is at the core of the game, is the most enjoyable aspect of Effie as it is not over-bloated with thousands of collectibles, nor is it filled with an abundance of aimless and pointless activities which lead to nowhere. In truth, each and every action which you perform within the world of Effie is truly rewarding.

From side activities to mainline quests, you are constantly being challenged and rewarded with experience runes, which allow you to improve the endurance of the protagonist. Endurance is vital, as the latter portions of the title can get a little hectic and surviving is the key. In addition, all of the title’s main locations also reward you with ever new abilities, so while Effie may not be the biggest action adventure in the world, it is constantly expanding and evolving, while giving you a sense of achievement and accomplishment. That being said though, some abilities such as the dash, could have, or even should have been available to the player right from the very get go, as the ability in question is incredibly useful, but you’ll have to play Effie for at least two hours before reaching the altar where the ability can be found.

Effie, just like any self-respecting adventure game, features a steady amount of collectibles. But unlike the tokens which can be found in games such as Banjo Kazooie or Donkey Kong 64, Effie’s collectibles come in dozens instead of thousands and they all expand on the title’s lore and backstory and are more than just coloured bananas or pixelated stars. However, some of them can be a little tricky to find and others require some extra effort to be unlocked, but this makes them all that much more important and best of all, memorable.

As an adventure game, Effie concentrates the most on exploration and traversal of tricky environments. However, it also features a steady amount of puzzles and combat. Those two combined, while being on the two opposites of the spectrum of intensity, have one thing in common. It is the fact that both are rather simplistic and straight forward, as the title’s combat can be mastered by you simply spamming triangle or square, whereas the puzzles all rely on rather obvious visual cues, and can all be conquered in a matter of seconds. That’s not an issue though, as the puzzles themselves serve more as keys to the proverbial and at times literal gates. The real issue here lies within the combat, which well, affects Effie significantly. 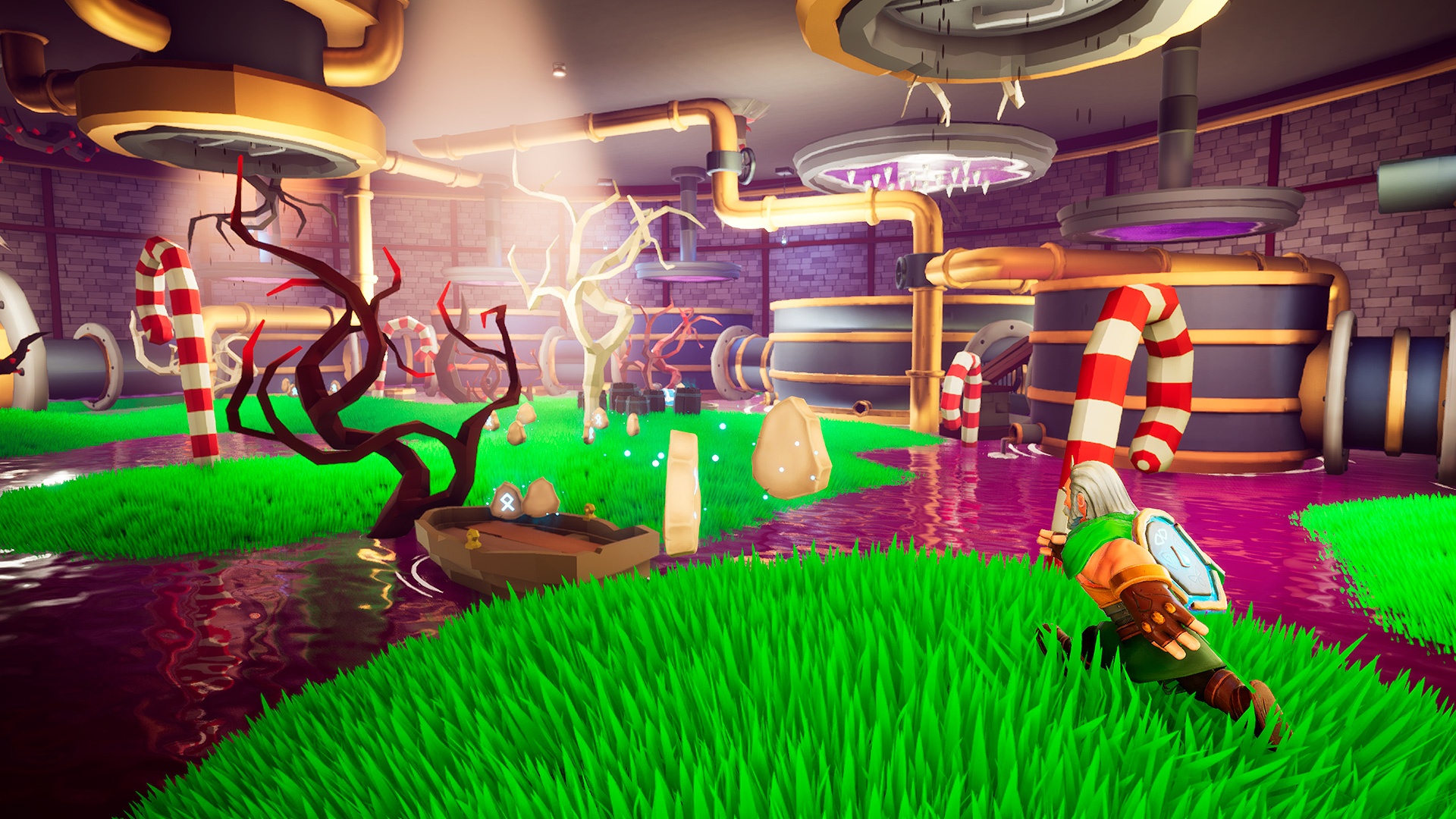 Whenever multiple enemies appear on the screen and the particle effects start flying, Effie goes from steady 30FPS, to rocky twenties, and at times it even turns into a slideshow. God forbid you start chaining attacks against multiple enemies at once, as then there is a pretty good chance that Effie will simply crash and this issue circles all the way back to the fact Effie is seriously struggling with auxiliary lighting, as it is performing perfectly fine, as long as you don’t start swinging your shield (which is a source of light), at ghost type enemies (who are also a source of light). But that is impossible to accomplish as this particular enemy archetype is widespread, so the only thing that you can do is hope that Effie will pull through and won’t crash as soon as it quite literally, lights up.

To conclude, all that really has to be said about Effie, is that it is simply OK. It’s not bad, it’s not great, it is simply fine. But it being fine doesn’t really change the fact that its performance is a real big ‘’but’’. If not for that, then Effie would have been a much better game, but the constant artificating, inconsistent framerates and worst of all, game crashes, pull it down a level or two. It is a real shame, because if not for those, I would have no problem in recommending it over Yooka Laylee, which in truth is rather average. But Yooka Layle is an iron clad release, whereas Effie is simply paper thin.

A might fine action adventure, marred by poor performance and a myriad of technical issues.