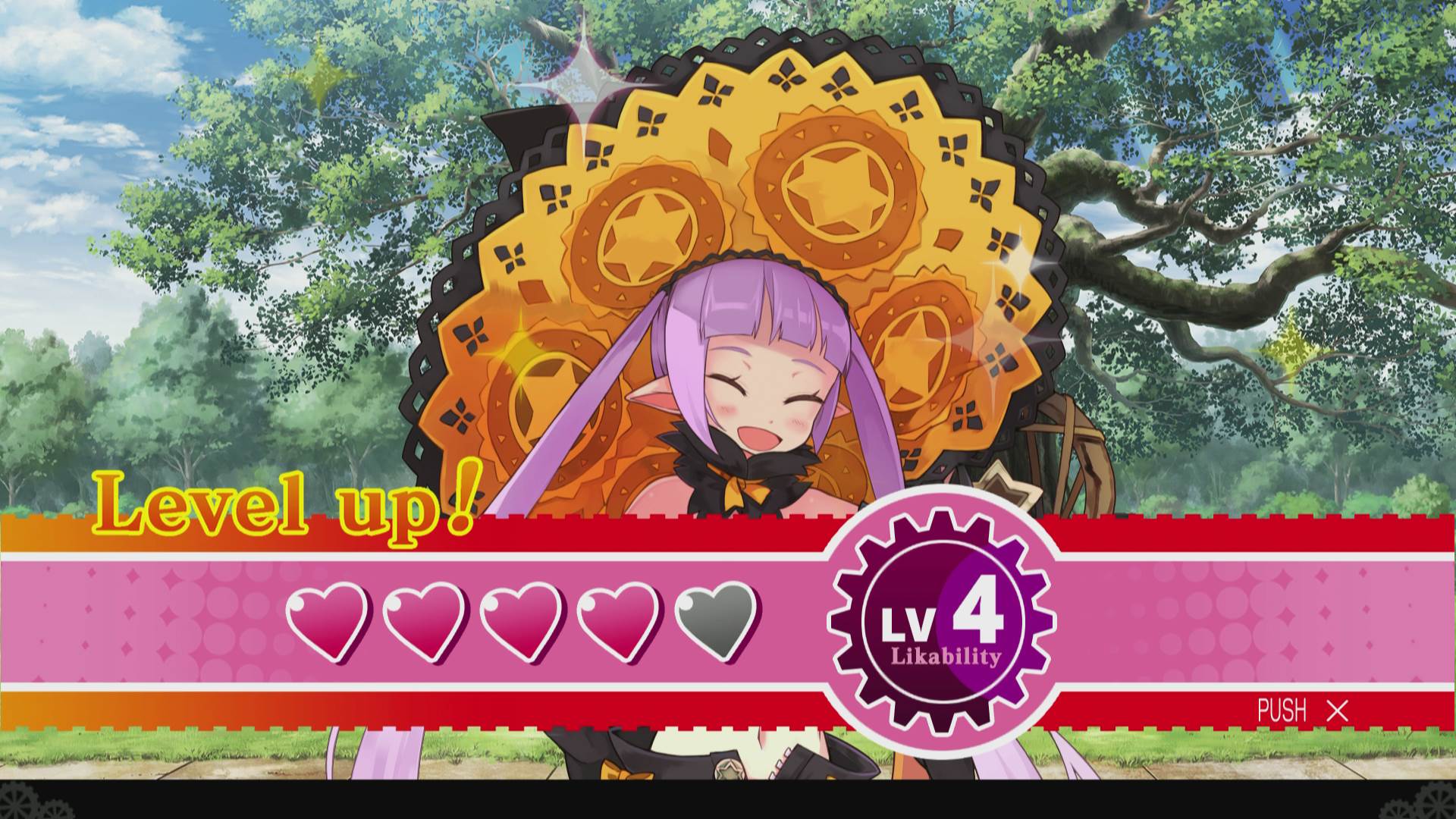 It feels odd, almost quaint, to experience a somewhat old fashioned dungeon crawler on the PS4, but honestly, while the commitment to genre convention and the inevitable limitation of the games’ visuals ensure that this remains just as niche on PS4 as it does on its more natural home of the PS Vita (perhaps more so), for those willing to take a chance on something new (well, old and new I guess), Demon Gaze II, Experience Inc.’s latest, and arguably most accessible dungeon crawler JRPG, will likely prove something of a pleasant surprise. If nothing else, it should certainly provide an approachable introduction to a sub-genre that can be a tad overwhelming.

Fans of the genre, and indeed Experience Inc.’s other releases (they have become something of a genre specialist on the PS Vita), might be slightly disappointed by Demon Gaze II’s somewhat stripped back design, but what it loses in options, it makes up for in focused design and much improved storytelling. Sure, much of the narrative is still utter tosh, but this is still a big step in the right direction, and honestly, I really didn’t miss the relative lack of character creation options. They’re obviously a big deal to some, but the basic options available here are just fine and certainly allow for a collection of relatively well-rounded characters.

Whatever your opinion on the stripped back design though, one thing that is irrefutable is the games’ commitment to traditional design. This will put many unfamiliar with the dungeon crawling JRPG genre off, but there really is something to be said for the purity of the design here. Gameplay is largely split between storytelling, upgrading your squad and yes, actual dungeon crawling. While there is some patter in the dungeons themselves, due to characters popping up on screen via hi-res but mostly static 2D animations, the narrative still feels largely separate from the core gameplay experience. 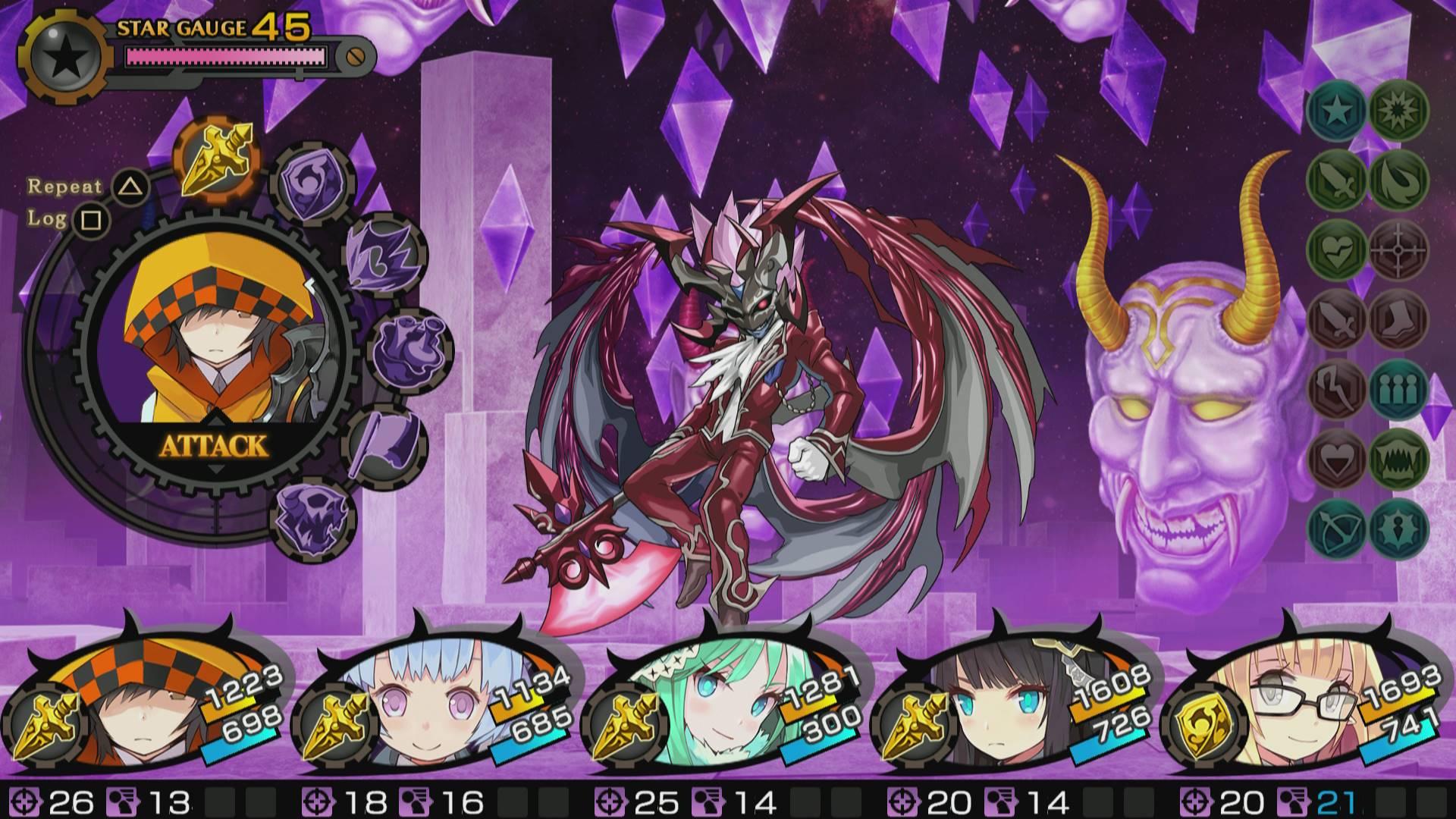 Again, it does feel a bit old fashioned and yes, incredibly Japanese, but it works with each element of the experience delivering in its own way. Sure, the story of overthrowing a powerful dictator isn’t really up to much, but the characters themselves are nearly all likeable, making for a narrative experience that is enjoyable to follow despite its largely nonsensical nature.

The real fun however is the dungeon crawling itself. If you were to take a look at screen shots of the game in action, you’d likely be doing the game a disservice given the games’ simplistic design and basic visuals, but in the moment, there is something oddly compelling about making your way through a dungeon one step at a time as you fill out the map, find all of its secrets and defeat its enemies.

This is where Demon Gaze II’s real draw is to be found. Rather than a traditional squad, Demon Gaze II, thanks to your heroes’ Demon Gazer abilities, allows you to defeat and subsequently recruit demons to your team, one that can be refined and managed accordingly. Well, I say demons, but what I really mean is a scantily clad collection of (mostly) female characters masquerading as demons. Yes, it’s all very Japanese, but while some of the outfits are indeed somewhat limited, and yes, you can upgrade these characters and your relationships with them by going out on dates, this is by no mean Criminal Girls for the PS4. It has its moments (like most games of this ilk), but this is a much tamer experience when it comes to potential titilation.

This kind of sexualised Pokemon-esque gameplay will prove invariably bizarre to some, but it actually works within the confines of the world, and due to the unique classes afforded to each demon and your ability to upgrade them back at your base of operations, proves an addictive and largely enjoyable part of the wider experience. 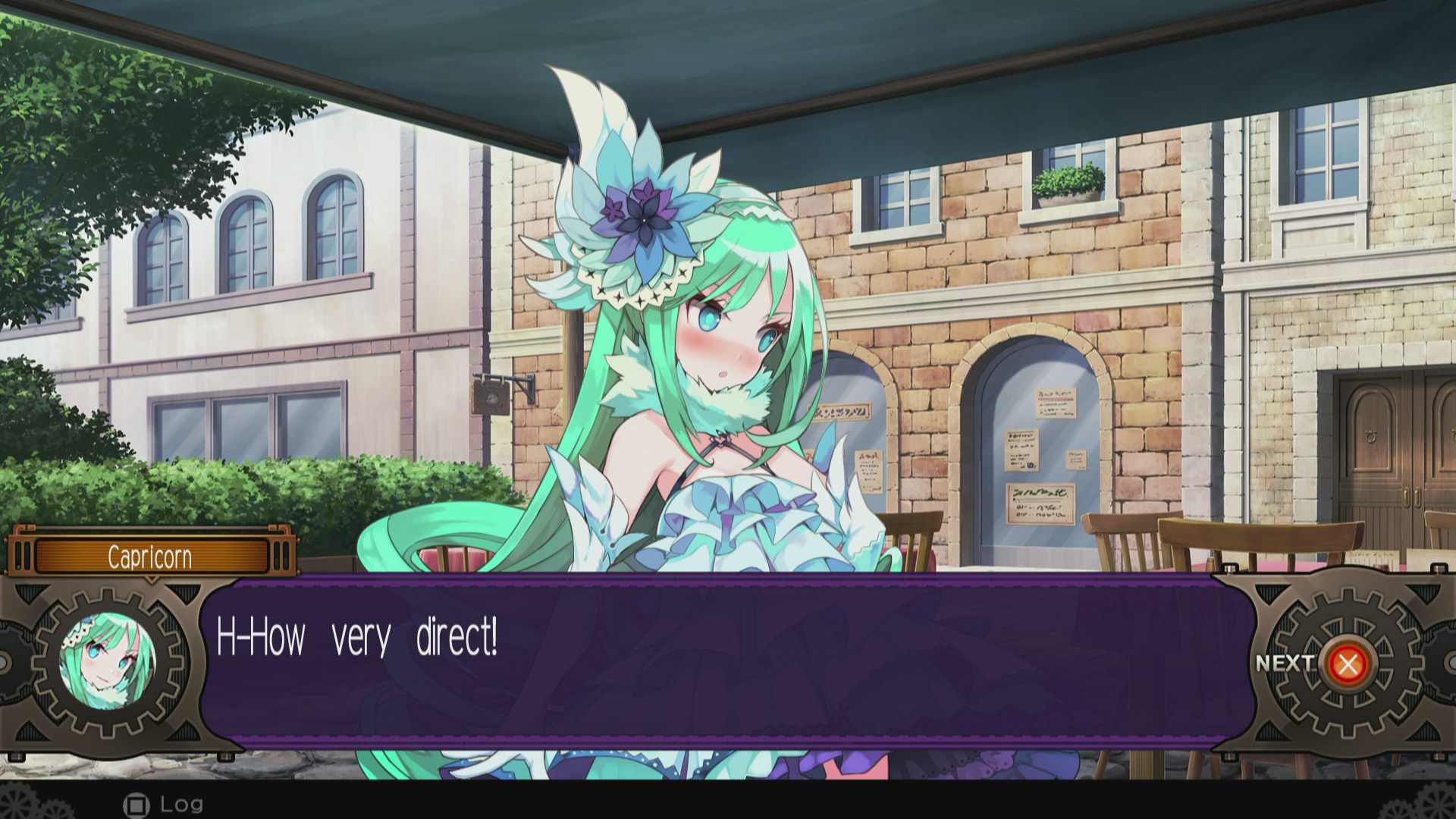 Organising your team of unlocked demons into an effective fighting team never gets boring, and while each unlocked demon starting at level 1 can be a bit annoying, it does encourage you to build relationships and connections to those in your team, something made all the easier by the games’ solid writing and consistently unique cast of characters. It also helps widen the appeal of the otherwise straightforward battle system. The turn-based mechanics work well enough, but it’s the ability to build-up and manage your team of unique demons that helps to elevate it beyond the simply competent.

As traditional as much of the experience might be though, hardened fans might find the game too easy – unlike other games in the genre which have a habit of dropping you in at the deep end, Demon Gaze II does provide a gentle entry to both the game and the genre itself. The difficulty does ramp up eventually, and there is the option of raising the difficulty from the off, but if you’re looking for a particularly stern challenge of your gaming skills, you might be better off looking elsewhere. That’s not a criticism though – it might not be the most taxing game that the genre has ever delivered, but the relatively gentle challenge provided by Demon Gaze II doesn’t detract from what is a genuinely enjoyable dungeon crawler, one that does a pretty good job of catering to new and old fans alike.

Some will invariably find the mechanics and character creation options (or lack thereof) a bit too basic and long standing fans of the genre might find the whole experience a tad too easy, but thanks to its strong cast of characters, solid storytelling and addictive battle system, Demon Gaze II does a good job of straddling the line between hardcore and accessible. It might not be the most visually impressive game on the PS4, but it does deliver a welcome opportunity for PS4 owners to dip a toe in to the dungeon crawling JRPG waters without ever feeling utterly overwhelmed. Experience Inc.’s latest might not do anything particularly new, but what it does, it tends to do very well indeed.