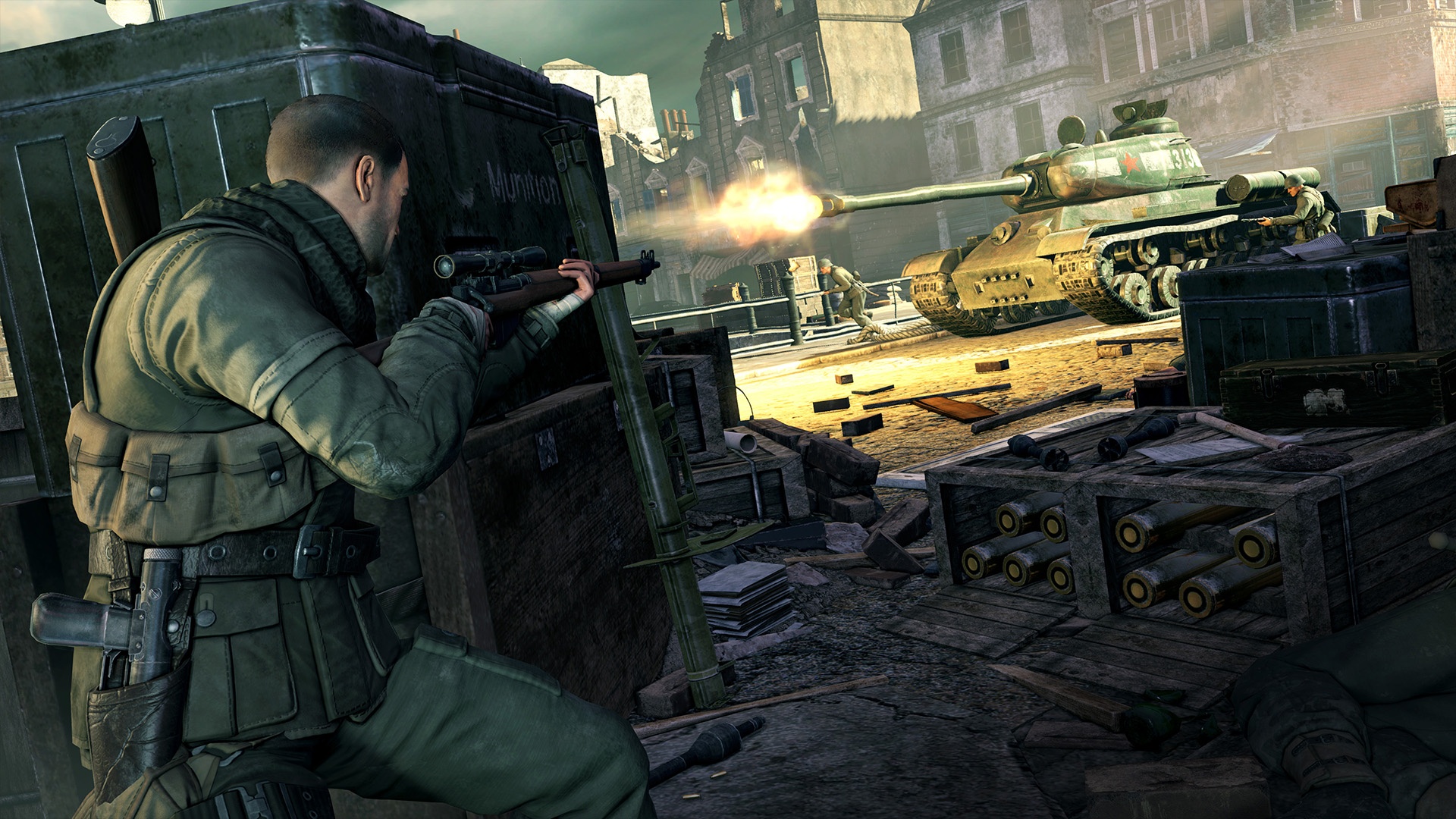 The Sniper Elite franchise has become one of my favorite shooter games of the past few years. There is just something serene about watching your bullet penetrate a skull in the X-Ray stylistic way Sniper Elite presents it in.

Sniper Elite v2 originally came out all the way back in 2012. It is a third-person tactical shooter stealth video game. The game is set in the same setting of the first game, Berlin. That’s right, you’ll be shooting Nazi skulls and it’s a ton of fun. As elite sniper Karl Fairburne, you parachute into Berlin amidst the Germans’ final stand during the second world war.

Sniper Elite V2 is a third-person tactical shooter stealth video game developed and published by Rebellion Developments in 2012. It is the sequel to its 2005 predecessor Sniper Elite, which takes place in the same timeframe and location—the Battle of Berlin in April–May 1945—but with an altered narrative. The game’s story follows an American Office of Strategic Services officer who must capture or eliminate the scientists involved in the German V-2 rocket program while the Red Army invades. 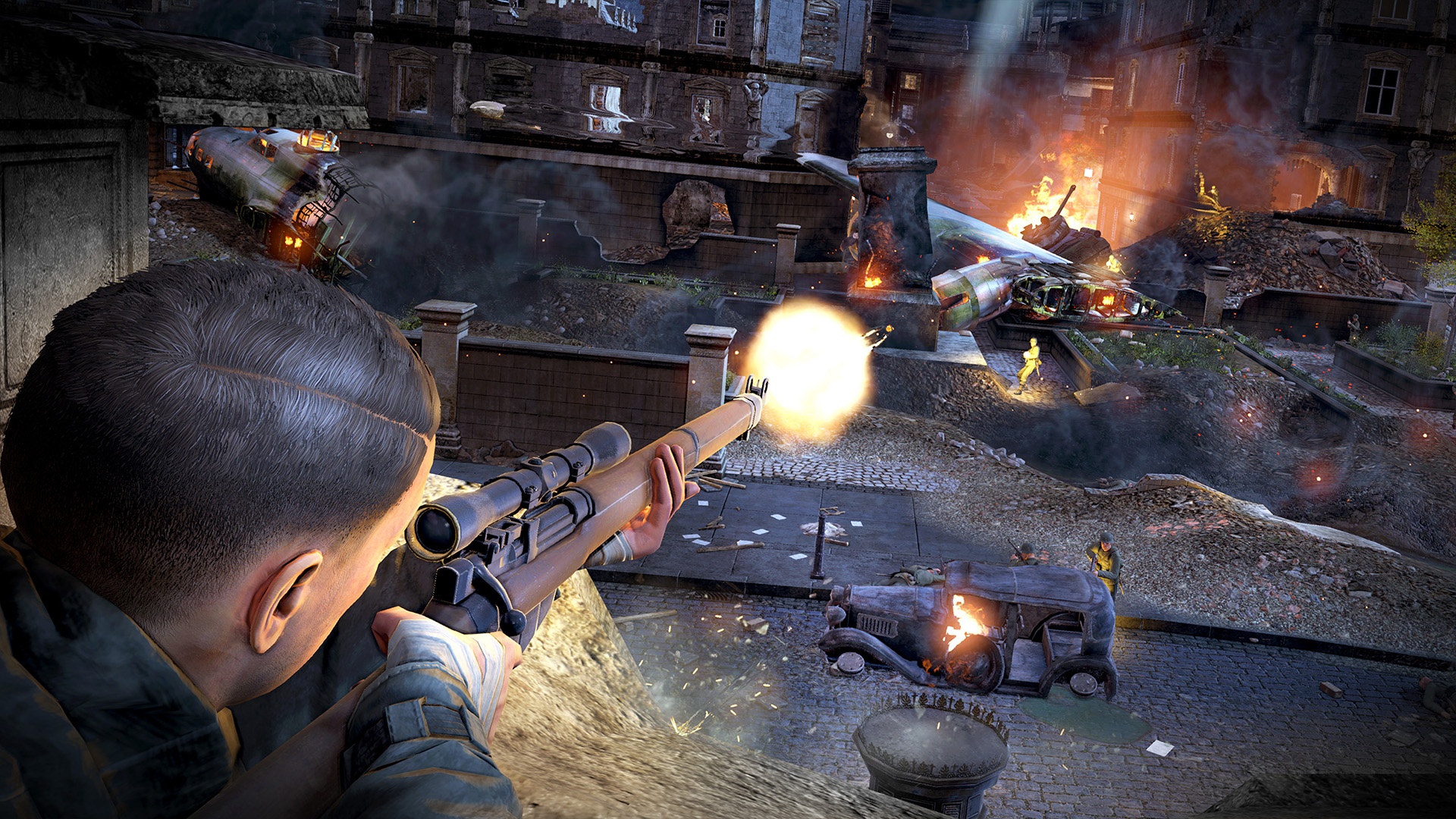 So, what does the remastered version offer?

Firstly, all previously released downloadable content is included. This means you can experience the infamous “Kill Hitler” mission. The game features three new campaign levels. A range of iconic weapons make their return including the Lee Enfield MK III, M1D Garrand, M1 Carbine and more. The remastered version now features a Photo Mode. This will allow you to pause and step through the action frame-by-frame, position the camera, apply a filter, adjust the lighting and take stunning photos to share with the community or with your friend. And, yes, that includes epic X-Ray kill camera shots.

As a remaster, it goes without saying the game features remastered visuals.  The developers employed a modernized renderer and post processing effects, enhanced level geometry, textures and particles, plus a revamped lighting system. Simply, the game is very graphically impressive. On the base PS4 the game runs at full HD 1080p resolution and runs at a smooth 30fps. Even more impressively, the Xbox One X and PS4 Pro runs the game at 4K, also at 30 fps. Alternatively, the developers added a choice to run the game at 60fps at 1080p on these upgraded systems.

Whilst the original game featured a single playable character, the remastered version allows the player to play the campaign and multiplayer modes as one of 8 new characters, which come from Rebellion’s Zombie Army series. You can also team up with your squad and compete in 7 uniquely tense multiplayer modes, now for up to 16 players online. These modes include Deathmatch, Distance King, Dogtag Harvest and Capture the Flag.

Whilst the Nazi army is on the verge of defeat, they’re still a scary force and therefore stealth play is required. Of course, it helps that you’re rocking a sniper rifle.  The close quarters encounters really do not do this game justice. The AI can be buggy and resources for non-sniper weapons are scarce so it is really recommended that you stick to Sniper play as much as you can. Unfortunately, if you have played the latest games like I have, the gameplay will feel a bit outdated but for the sake of nostalgia its worth running through again for fans of the series. 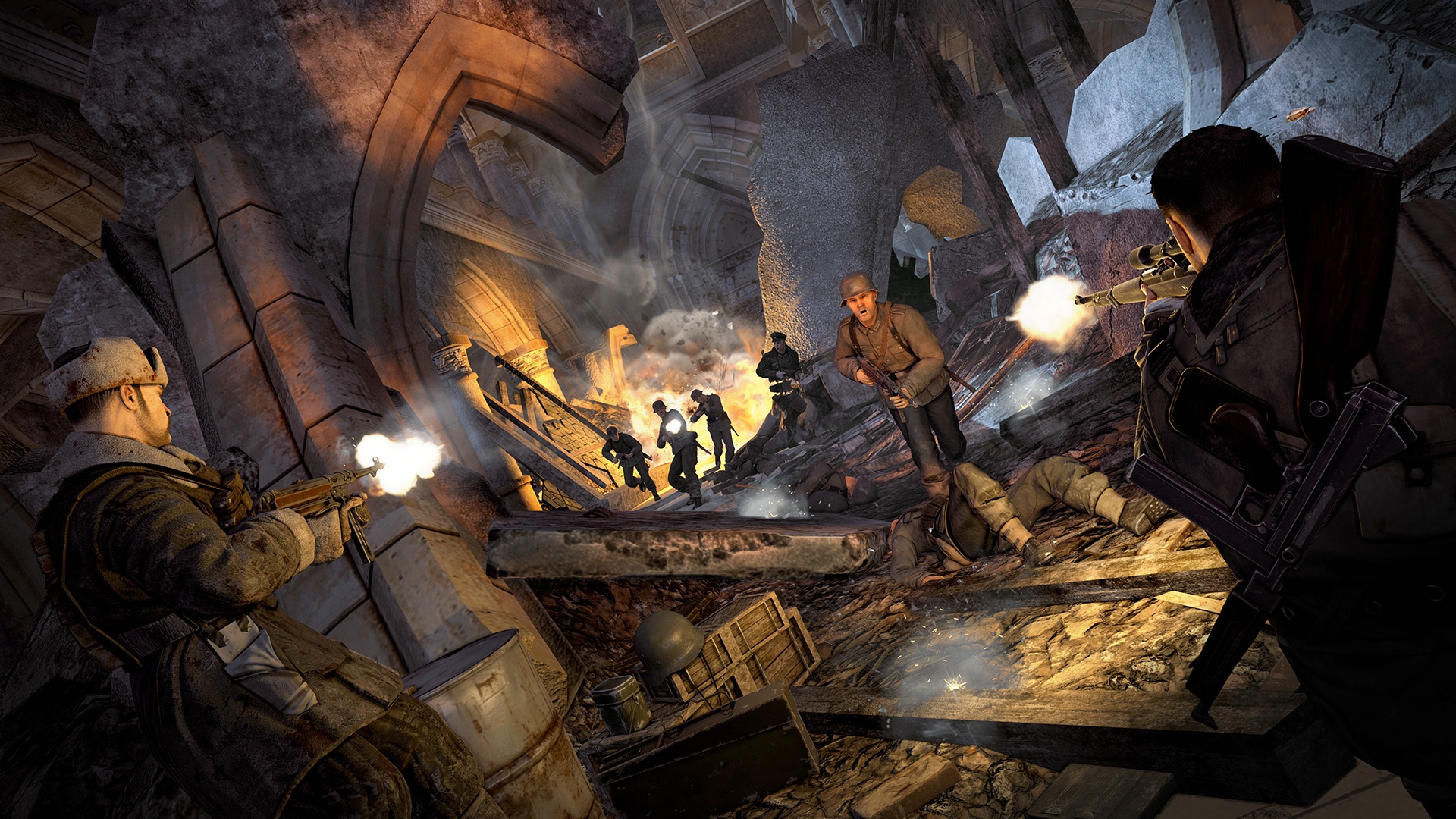 The game succeeds in being an immersive experience, especially thanks to the updated visuals. Although a remaster cannot perform miracles to the drab look of the game when it first released, it does enough to look far more impressive and bring it to the current generation. The 60fps mode on console is a definite improvement too as the sniper scope slides across the screen in a silky smooth manner.

Sniper Elite V2 Remastered offers up a great co-operative experience and it always helps to have another pair of eyes with you on missions. Whether it’s to keep an eye on each other’s backs to catch enemies trying to sneak up on you or if you’re both going to be popping skulls, the co-operative mode is a solid experience.

The campaign is largely the same and still a fun experience. Thankfully, as aforementioned, there are three new campaign missions which gives you more to go through. Even when you are done, the multiplayer ensures you are not truly done with the game as you can jump back in. The multiplayer is not fleshed out very well and certainly not one I sunk a lot of time into but it brought me back to the game on numerous occasions.

All in all, Sniper Elite V2 Remastered is not just a remaster that updates the visuals. Whilst it does update the visuals in a satisfying way, its the additional content such as the new campaign missions and the addition of photo mode that make this feel like you are getting a lot of extra value out of this package compared to the original game.