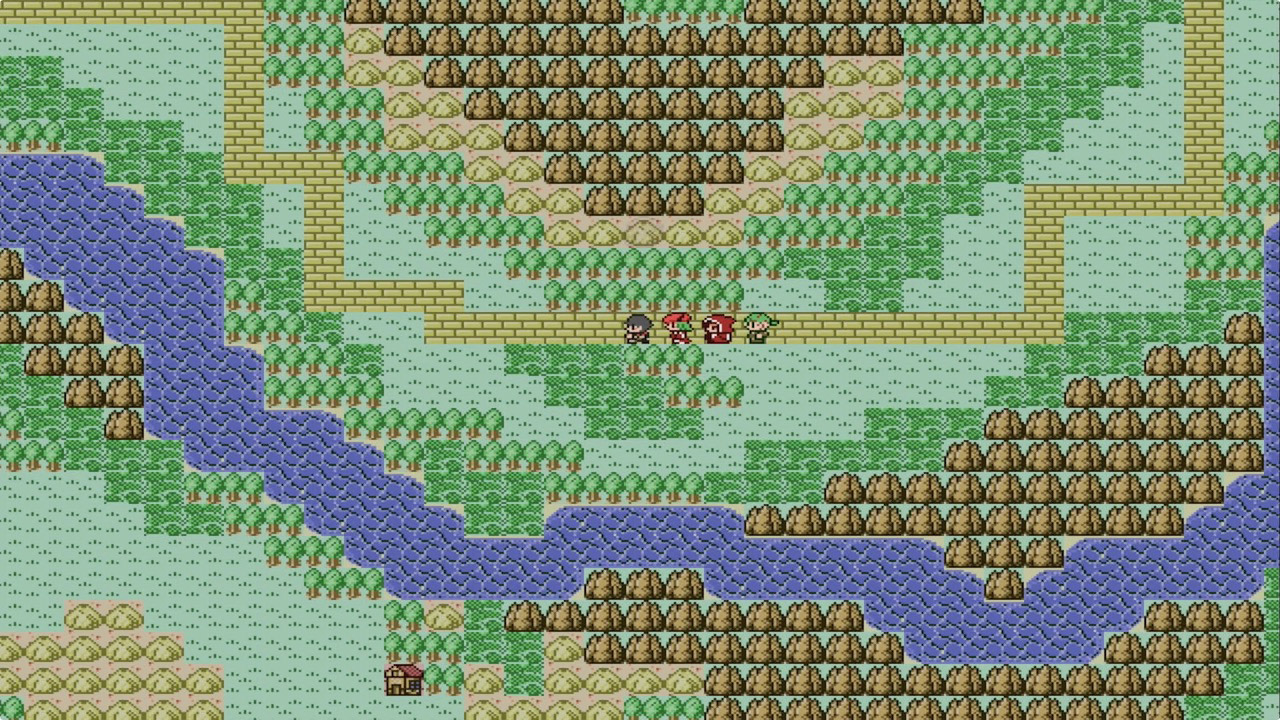 Artifact Adventure remains one of the more interesting PC titles that I stumbled across years ago when I was into grabbing random indie titles. Stylized in a classic NES RPG format, Artifact Adventure was a truly strange, open-world sort of approach to the original Final Fantasy and Dragon Quest gameplay while trying to constrain it within the medium. You could mix and match your party based on who you recruited across the lands. There was one “quest” that you were focused on, but there were more side quests than you could imagine. There were secrets and even secret endings strewn about, and tons of mysterious ideas that fans worked out over the course of months and years, including the “true” ending and several Easter Eggs that cropped up all over the place (talking to the airship remains one of my favorites). The developers, room6, decided to take that idea and go even further, expanding the game into the roots that they truly desired and identified with. You see, as much as the NES was the home of some great ideas, the Gameboy had some truly magnificent RPGs, including great action RPGs. Taking cues from the SaGa and Seiken Densetsu series, their opus, Artifact Adventure Gaiden has finally come to the Nintendo Switch with a special DX moniker to show what has gone into the game’s upgraded condition.

The storyline of Artifact Adventure Gaiden DX is simple: there is a great and terrible evil on the horizon, known only as the Cataclysm. The king recognizes that the evil must be stopped, and only one hero might be strong enough to conquer and save the light: you, nameless knave. But the Cataclysm is far removed, and there is time to become powerful and prepare for the coming storm. The king beseeches you to go out, train, forge alliances and develop many skills in order to create the best warrior that the Kingdom deserves. Aided by a vast number of potential sidekicks, you set out to grow strong, seek Artifacts – mystical devices that grant you unbelievable powers – and be ready for the fight of the future in order to protect humanity and the world once and for all. 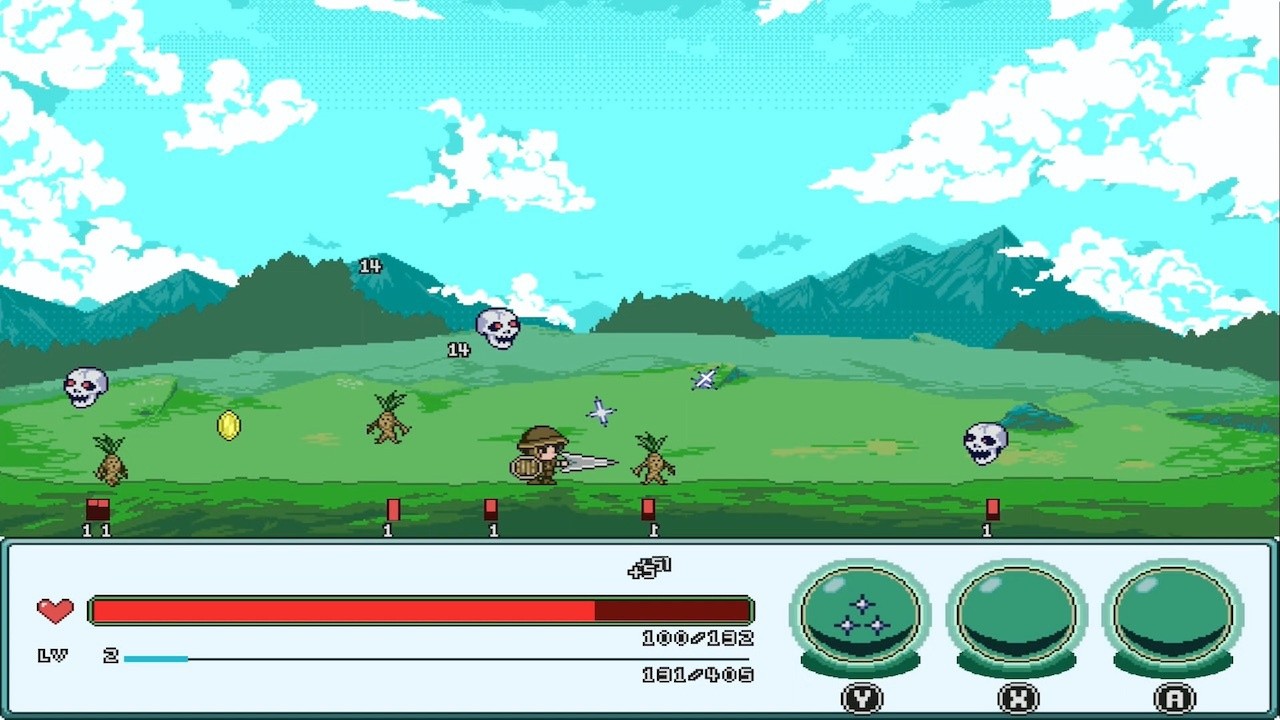 Presenting as a traditional top-down RPG, Artifact Adventure Gaiden DX is both incredibly straightforward and wildly vague and obtuse. You need to go out and get stronger: that’s your only task, and you can go about it however you’d like. After a period of time, you must return to the king, tell him you’re ready, and then you get slingshotted three years into the future, where the Cataclysm has arrived and you get to go deal with it. Before leaving the king, you can select from one of three helpers (though you’re welcome to select none, if you’re insane). These helpers carve different futures for you, either by granting you a ton of gold (buy everything you can imagine!), a massively powerful attack (clear out those enemies!) or avoid combat unless necessary (very sneaky!). Additionally, strewn throughout the large world are many others who would join your cause and aid you in different ways, and grace you with additional quests that can change your direction. There are fetch quests, there are murder quests, there are discovery quests and so much more. Getting new companions is the only way to truly experience the game: in theory, if you are dedicated and bored enough, you’ll be able to grind your way to a massive size without ever leaving the first castle and (potentially) defeat the beasts of the Cataclysm all on your lonesome. Possibly. I say it’s a possibility because the combat of the game is a strange but enjoyable one.

Combat of Artifact Adventure Gaiden DX is a far departure from how things were handled in the original. Instead of turn based, you’re thrust into a live-combat arena where you move back and forth and thrust into the enemy by running into them. You bash bad guys over and over until they turn into coins, and, oh yea, enemies are constantly spawning during this time. The fight is over when all the baddies on the screen fall, and this is both easier and more difficult than you’d think. On the one hand, you do automatically heal some HP in the course of your attacks, and basically comboing hit after it (rapid, repetitive movements) grants you the chance to keep your HP completely full while dishing out damage. However, on the other, it can become very easy to get overwhelmed in no time flat when the enemies get stronger and besiege you. I thought things were hunky dory and I was king of the mountain until I ran into my first boss and got flattened (thank goodness for the universal save and auto save system).  Things like making sure you get new and better equipment are paramount: you see the levels come and you get stronger, but you never figure out how badly you need a new sword till someone sticks your old one up your butt. Also, this is where the aforementioned Artifacts come into play, and they are massive game changers both in granting active skills (a rain of acid or a cloud of swords around you, for instance) and passive buffs to make you faster, stronger, etc.

If you enjoyed the look of things like Final Fantasy Mystic Quest or even the original localized Final Fantasy Adventure, you should feel right at home with the visual and musical design of Artifact Adventure Gaiden DX. For the Nintendo Switch, room6 has graciously included a ton of filters to allow you to recolor your game and settings to your liking, and it really is a matter of preference for how you want to approach things. The tinny soundtrack isn’t too piercing, and perfectly emulates what it was like to enjoy some dramatic, orchestral music that had been boiled down to being expressed through a chiptuned atmosphere and try to take it 100% serious as the best that video game developers could create at the time. Interestingly, a lot of the color palette choices seem to have purposely gravitated towards how the original Super Gameboy (the SNES Gameboy adapter) would have colorized the different titles, including allowing you to play Gaiden in either monochromatic green or the black and white style of the Gameboy Pocket. There’s so much that was successfully nailed in creating something that was a clear homage and still very original: the sprites and the monsters look like they could have been lifted from an older time, but closer inspection show they are original, from massive mantises and tiny bats to the final, Beholder-style boss itself. 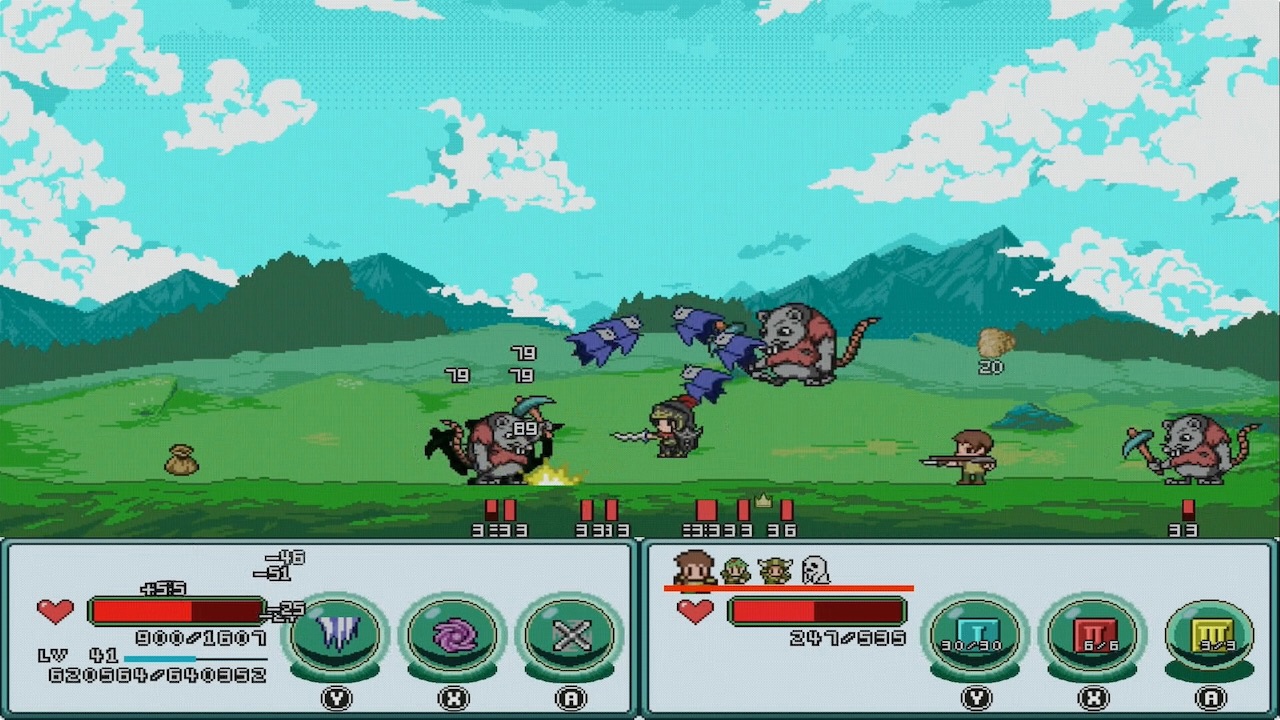 There’s so much to like about Artifact Adventure Gaiden DX that it pains me to say that the quantity and expansiveness of the game might be a shortcoming to certain players. You see, your first time playing Artifact Adventure Gaiden DX should not be your last, and not by a long shot. The first play through is disjointed, confusing, and takes a freaking long time to accomplish. After a rush through the first time, it could take a lot out of someone and they might feel the need to take a break: after all, to figure out which future path you’re willing to follow to get strongest, and you’ll definitely stumble across other NPCs that you want to take on board, but, well, you can’t. There are different artifacts to find, and different ways to use them, plus a ton of enemies to defeat in between, and, again, no straightforward way to go about it. There’s a fantastic mechanic called fast travel, which lets you automatically teleport to any location (city or dungeon) that you’ve visited before. It’s handy enough during your first time through, but subsequent playthroughs it becomes a GODSEND, cutting down the aimless wandering and thrusting you into the right place at the right time. It’s unusual to see an RPG that’s made for speed runners and bug catchers, but that’s what this title provides. As a result, if you only want to one and done a game, the first awkward, meandering play feels wholly strange as a result. The dialogue and interjected scenarios are organic and clever enough, but it’s ferreting out every detail of this game that really makes it pop.

Honestly, I think that Artifact Adventure Gaiden DX is a damn steal on the Switch. It’s got the beefed up display and added graphical filters (and maybe more secrets I haven’t found yet!) but it’s the same price as on Steam. There’s a ton to experiment and try, so many potential party combinations, and all you need is time and to get good at knowing when to try and not get hit during combat. If you’re a classic RPG fan, and if you have any love for the Gameboy generation, then this amazing tale could become the best friend your Switch ever had.