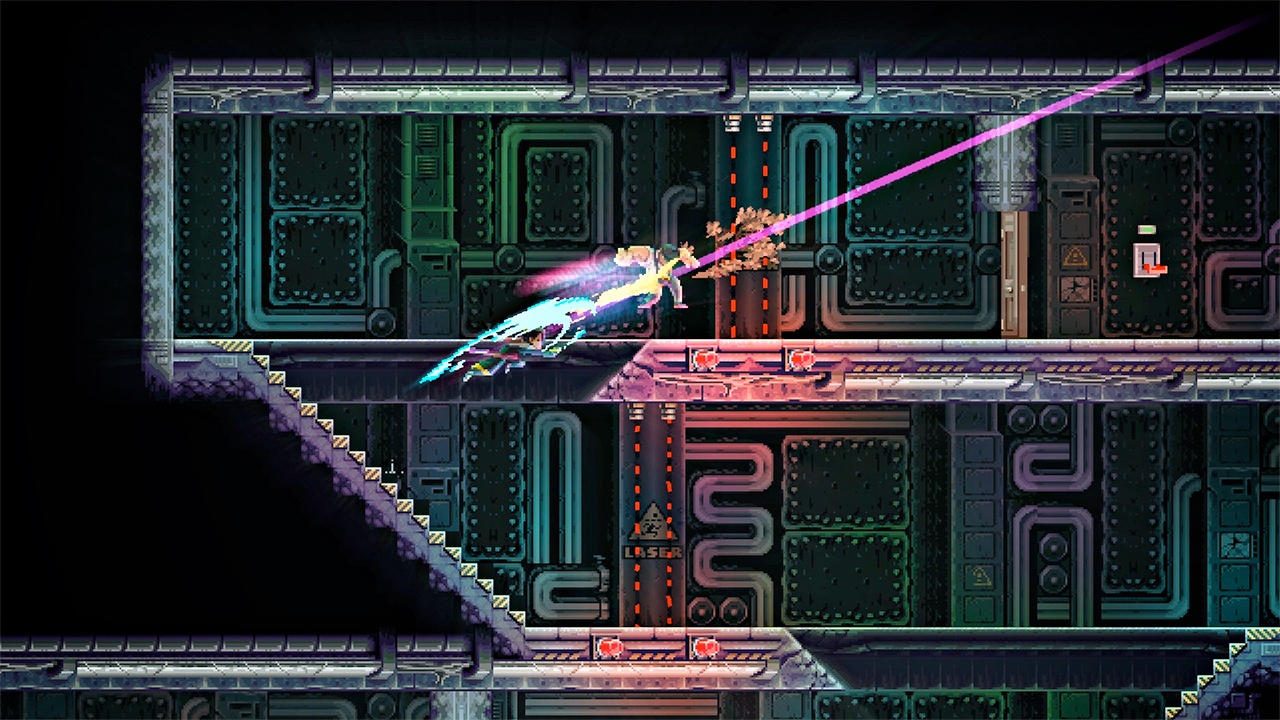 Did you ever wish you could simply bury the ghosts of your past and be done with it? There are all things that have happened to us, either indirectly or by our own hand, that we attempt to wrestle with, sometimes for decades after they occur. If you’re lucky, you can seek help, find peace, maybe augment things a bit with medication in order to live a mostly normal and functional life. If not, perhaps it’s a constant struggle, facing every day by trying to forgive and forget, drowning out the background whispers with constant noise, and using a bit of self medication to try and blot things out until the morning comes. But the truth is always there, just below the surface, and it only takes a bit of prying to get the ugliness to come screaming up from the depths. So we must figure out what to do with this weight, this persistent albatross that nags at us, regardless of actualization. We can ignore it until the day we drown under its heaviness. We can lean into the darkness and embrace those horrors, repeating mistake after mistake while it becomes intentional and habit. Or we can try to change our future, and use the memories of old to light the path towards becoming a hero.

Katana Zero, which comes to us from Askiisoft by way of Devolver Digital, is a dystopian tale of a nameless samurai in the sprawling city of New Mecca. The samurai goes by nicknames only, and, for a period of time, is called The Dragon. The samurai works for an unknown benefactor who communicates to him through his psychiatrist, setting up tasks for him to perform. You see, our protagonist was a hero in the Cromag War (he thinks), and returned with no skills to help him reintegrate into society, so he becomes a special tool. Sometimes he needs to rescue someone. Sometimes he needs to retrieve something. More often than not, he needs to kill something. The samurai is incredibly good at killing, but he’s begun to have questions about his life. Why can’t he remember anything about his past? Who are the shadowy figures who taunt him at night, both in obtuse dreams and direct messages? Why must he continue to receive medication at the end of each of his psychological sessions? And how on Earth is he a veteran of a war that happened over thirty years ago?

Katana Zero presents as a neon drenched, ultra violent and heavily 80s inspired strategic combat game that gives you one chance and one chance only to survive. The samurai’s perspective on the game is incredibly unique: the gameplay itself isn’t what is happening, but rather what he anticipates will happen. Due to the drug that the samurai is constantly having injected into him, he has a very strong connection with the concept of time. He’s able to see the future of each room as he goes into it, and can plan out how he’d like to approach each and every encounter. Much like real life, the thugs, soldiers and security guards that stand before him are actually quite good at their jobs, and can end your life with a single bullet or hit, so you need to figure out a pathway to get all the way to the other side without dying. This usually involves killing everyone and everything in the room, either by directly slashing them with your sword, deflecting their bullets back at them, or hurling any number of objects that you find along the way (empty bottles, meat cleavers, stone busts) with lethal accuracy. Once you’ve plotted out your movements, you watch the whole thing play back to you in black-and-white security footage, as if you can see the samurai’s actions from the police’s perspective. 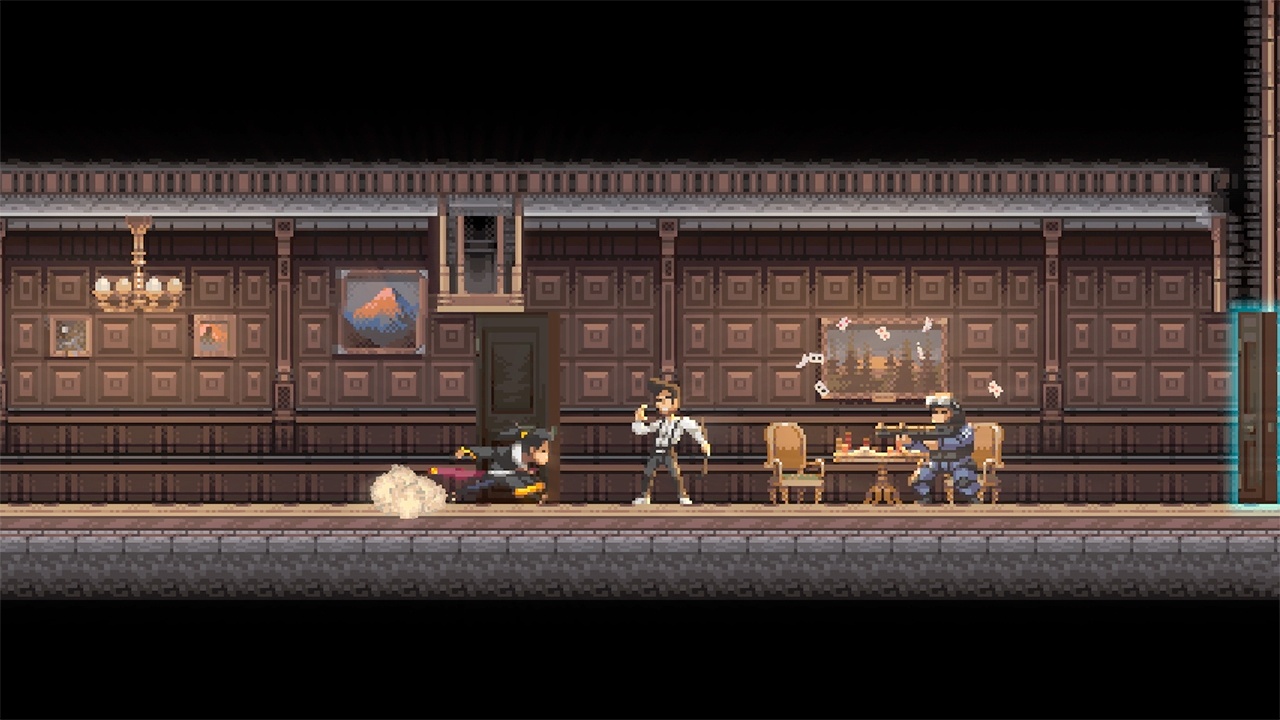 For many people, the combat and design of Katana Zero is what pulls them into the game, and it’s easy to see why. Besides the normal running and slashing, the samurai is quite good at strategic rolling (often the only way to dodge hailstorms of bullets and get through laser traps) and also has a strong connection to time control. With the push and hold of a button, everything slows to a crawl, allowing you to see the direct pathways of incoming shots and also to better coordinate the timing of your own strikes. The time slow mechanic is executed brilliantly, dropping everything into shadow with neon outlines, bringing the music to a sluggish rate and having just enough juice in the bar to allow you to do something, but not run the whole level with the slowdown in place. The energy bar does recharge at a decent rate, but the ticking of time (and the drug in the samurai’s bloodstream) prevents this from turning into a “hurry up and wait” sort of game where you can just lean on the special mechanics. Moreover, if you’re truly successful in understanding the game, you don’t always need the time slow, and it acts as a great pacing tool to either unstick a particularly difficult spot OR to allow some freedom for “what if” actions.

You’re going to die a lot in Katana Zero, and it’s expected and honestly a refreshing approach to the idea. With each echoing cry of death and the samurai’s internal “No, that won’t work,” you can reset and try again. The AI mostly reacts in the way you’d expect, but there’s enough variety in nuanced choices that keeps you on your toes. Later on in the game, there was one stage where enemies would rush up the slope to get me if I was a millimetre to the right, but would stay down below if I was further left. They knew I was up there regardless, yet they seemed to hesitate on rushing me based purely on my exact location. No one seems illogical: the bruisers gets close as fast as possible, the marksmen weigh their options on distance, and the riot cops advance slowly and take pot shots with their shotguns when it suits them. Figuring out their choices, over deaths and mishaps, gives you a feeling of smug power when you finally get the combination right, and try to imagine the slack jawed review of your security tapes en masse, as you tear through the best and the strongest defense imaginable like wet tissue paper.

If this was just a great arcade slasher with cool mechanics and tight controls, Katana Zero would be a solid game, but it goes far beyond that with its unique storytelling. Time, once again, is critical, and, between missions, you have so many choices and chances to talk to certain people and find out more about yourself. Trying to hurry the game along creates default choices and a default game, and you’ll still get the gist of who The Dragon is, what Chronos is and what the samurai’s true life might be. But waiting – exercising patience for people to finish talking – create new dialogue trees and new avenues in this fascinating and chillingly dark narrative. Watch as the samurai attempts to foster some kind of relationship with the little girl next door. Question your motives to your psychiatrist and watch him begin to get angry and crumble under your resistance. Find out as much as you can from Comedy and Tragedy, the masked scientists who predict your horrid future. And realize that your life, your broken life, stems from something that is much bigger and much more sinister than you could possibly fathom as just an assassin. From getting drunk at bars with veterans who you might have served with to choosing to ignore your direct orders in a dossier, the samurai makes choices and takes back his life, one chunk at a time. Still, your days and your fights are interrupted by your own corrupted brain, glitching and forgetting, mixing up memories, confusing reality for dreams. Are you doing any of this right now, or are you still back in the war? You have to decide soon, they’re waiting for you. But does it matter in the end? The constant countdown timer ticks away your remaining days, and you still must decide if you’ll embrace the ideas of life or death in your final moments. 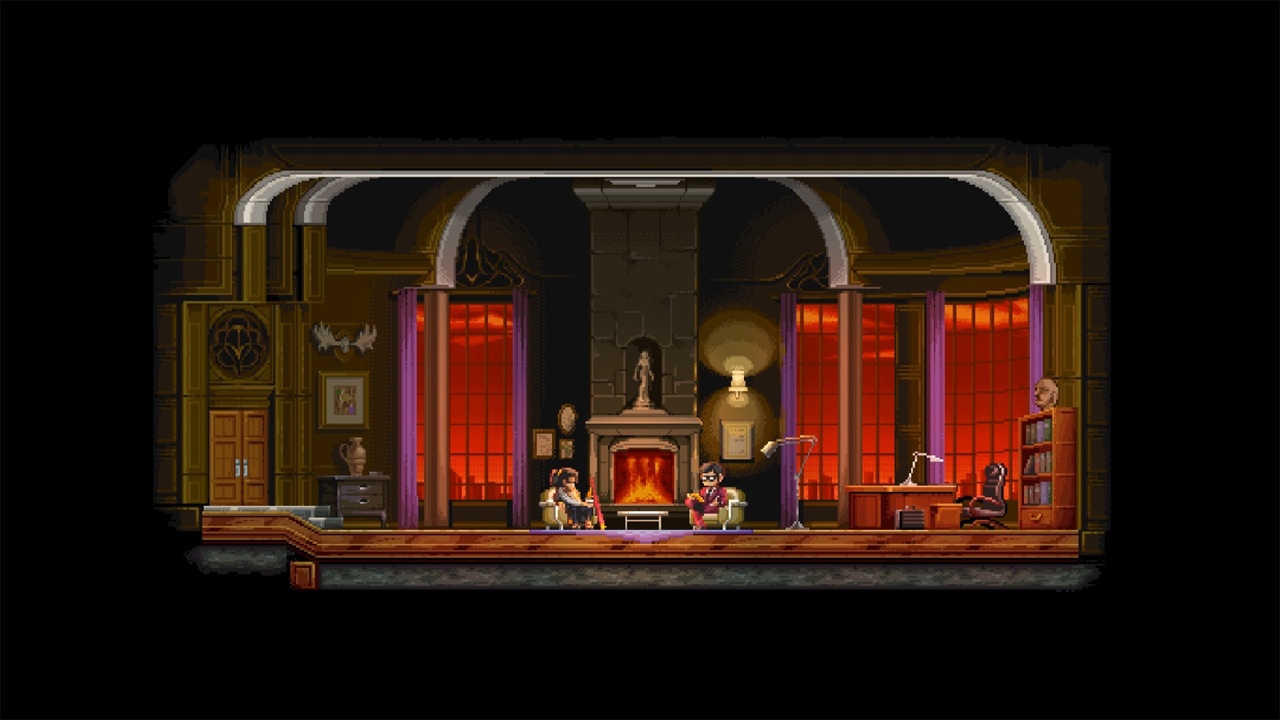 The way that Katana Zero is presented absolutely blows my mind from start to finish. The rounded pixel creation runs so fluidly and smoothly, it perfectly captures the idea of a killer with questions who can manipulate time and execute with practice precision. The color palette, from blood and gore to flames and a wistful city skyline, grabs your eye and hold you there, unblinking, from start to finish. The synthwave soundtrack is something that hooks you from the very moment the samurai puts on his headphones and presses play on his cassette player. You are focused, you are in this, and you cannot leave until everything is accomplished. I don’t think I’ve ever been so on board with a game needing me to listen to the soundtrack as I got into the same movement and synchronicity as our fallen protagonist, thumping and fazing between levels and moments. Best of all, since the synthwave loops perfectly, you never realize how much time you’ve put into playing a single level until you check the clock and realize that about twenty minutes have passed, and I still can’t get it just right on the roll/slash/roll/jump/deflect/roll pattern I need to survive.

Katana Zero has been praised up and down the block for the last month, and I’m here to confirm that the praise is well deserved. It’s incredibly tight and fluid gameplay that’s intermingled with such a compelling storyline that I almost couldn’t believe it when the game finally ended. I immediately started over again, hoping and looking for something different, some way to change my stars and find a new path to the future. There are hidden collectibles strewn about, but what they do just yet remains a mystery, though Askiisoft has promised more DLC is coming in the future. The recent update to add hard mode (which is extremely difficult) and speedrun mode gives more to the players looking for additional action, and it does keep my fingers loose and engaged in hopes for more story someday. Don’t wait till then, however. Come and join the samurai in his quest, fight for the future, and try to fix your mistakes at the end of the blade. Do it for yourself, and do it for her. I don’t think she was a hallucination…

Katana Zero is Ronin by way of Jacob’s Ladder, a terrifying look into the mind of a broken vet combined with blazing strategic combat and a killer soundtrack.