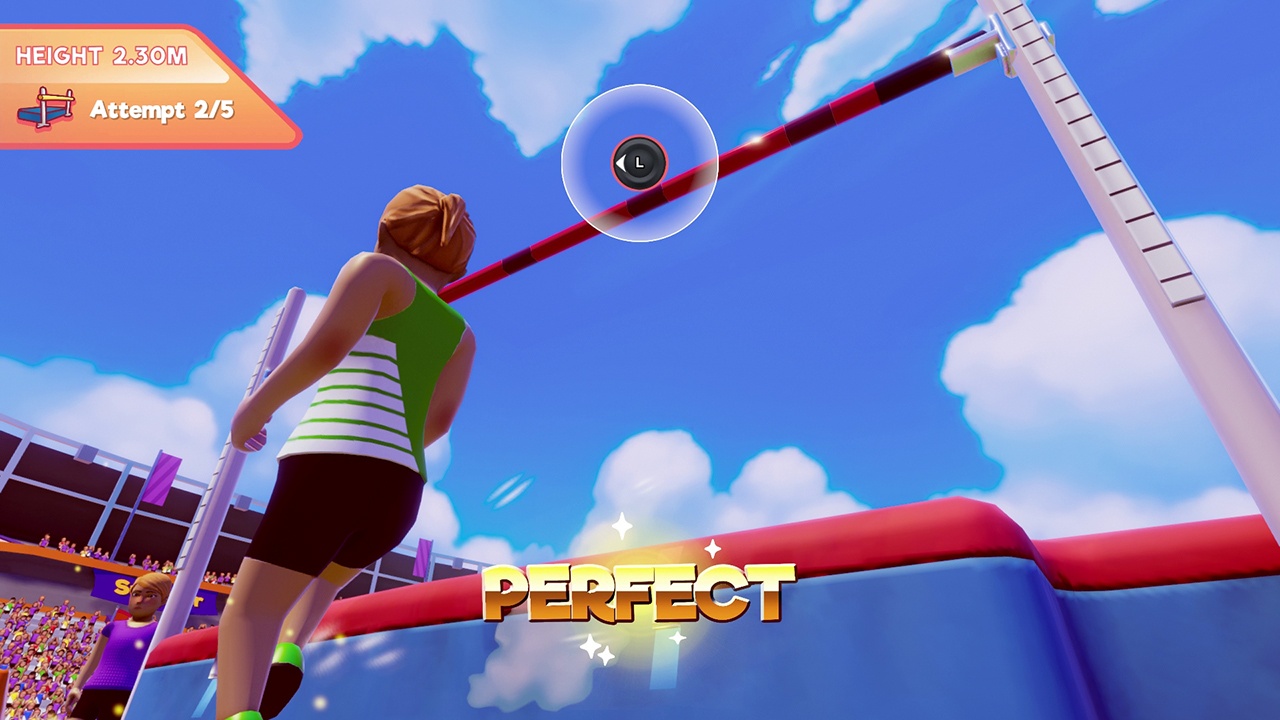 On your marks, get set and go! It’s fast approaching that time again where the usual influx of Olympic Games-related titles begin to emerge to tie-in with the Tokyo Games of 2020. With the inevitable release of Nintendo’s Mario & Sonic at the Olympic Games crossing the finish line this November, some of the other alternatives are jumping the gun to make an early dash for a podium-winning release, such as Joindots’ take on the genre, Summer Sports Games as it makes a high jump onto the Nintendo Switch.

The replication of olympic-styled events has a long and, often proud, lineage within the world of video gaming. Titles such as Hyper Sports and Track and Field hold many a fond memory for the arcade junkies of yesteryear and Nintendo’s take on the genre has enjoyed some relative success. However, in the grander scale of things, the majority of games that have tried to follow in the footsteps of these classics often trip and fall at the first hurdle; usually as a result of over-complicating the control schemes within each of its disciplines.

Of course, there are also the added dangers of playing such games: Blisters, muscle fatigue, over-exertion, broken joysticks or pads, unsprung buttons and sometimes, the odd smashed television screen through the frustration of once again coming last. Despite its misgivings though, I can guarantee that pretty much the majority of gamers hold some sort of memory within the competition of the virtual events of digital sporting; some often good, but others rather bad and even in today’s modern era of the sport, not a lot has changed. 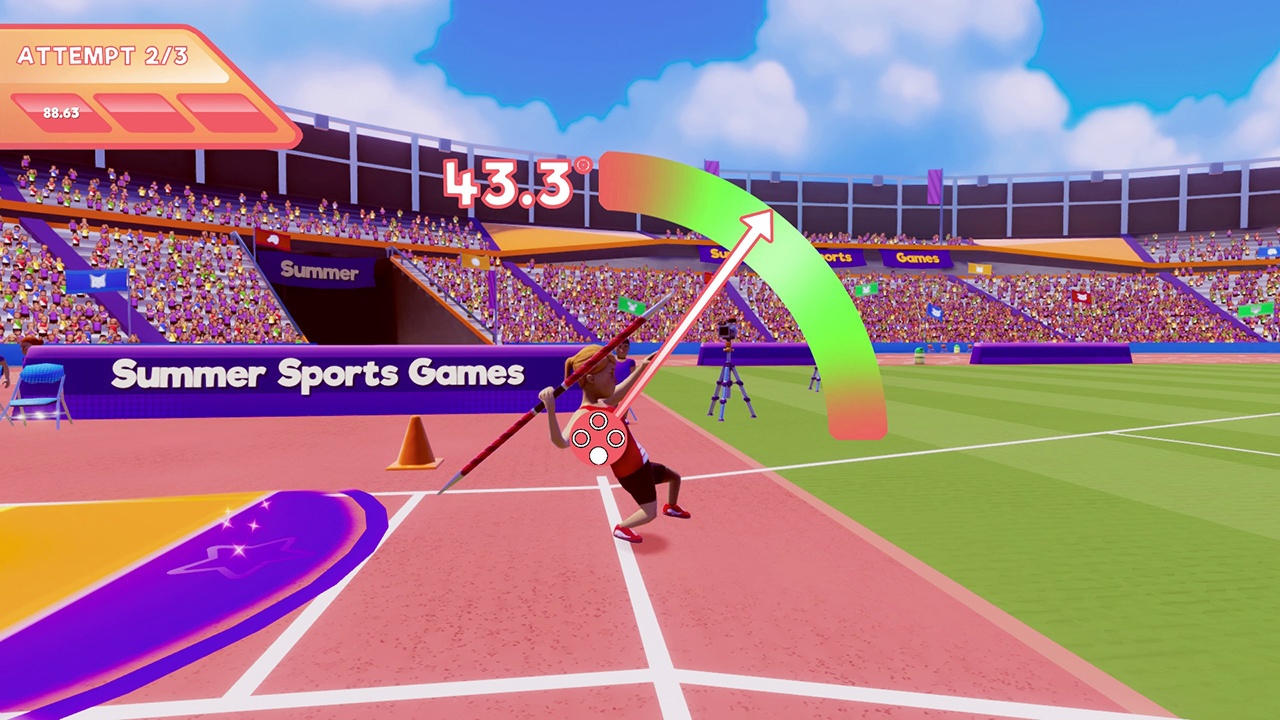 Summer Sports Games covers twelve different disciplines that involve both track and field; sadly, there’s no swimming or cycling here. In terms of the events, the game holds the standard affair of Javelin and Hammer throwing, as well as shot-put. Then there’s the one-hundred metres, eight-hundred metres and relay run, as well as the four-hundred metre hurdles. Then to finish off we have the long jump, high jump and pole vault, along with a sprinkling of weightlifting and archery thrown in for good measure. Each of the events are covered through a series of five tournaments that scale with difficulty after you have unlocked the gold medal within each one. You can play against AI opponents in solo play, as well as play against your friends and family for up to four players in local multiplayer.

Although there’s no olympic-sized swimming pool within the game, the first thing you’ll notice when starting up, is that you’re literally thrown into the deep-end. There’s no tutorial or explanation of the controls for each of the disciplines before you start. Okay, so there is a practice mode but come on, let’s be honest here, we, as gamers, much prefer to dive head-first into the meat of things with at least some sort of inkling of what we are supposed to be doing. What the game does do though, is present a series of on-screen prompts as you play. It takes a little time to learn each of the control responses for every event, but after a while you do get to pick things up in order to provide some competition.

As far as controls go, the game actually does a pretty good job of keeping things relatively simple and excels in saving our poor thumbs from blisters and gives our controllers a fighting chance of staying intact. There’s no thumb-stick waggling and two-button mashing here. Instead, the games opts for a single-button mechanic and a few movements of either thumbstick. It produces a more user-friendly control-scheme that is easy enough to pick up and play with, although some of its elements do feel slightly off, whilst others seem to work on a mechanic of luck rather than skill. 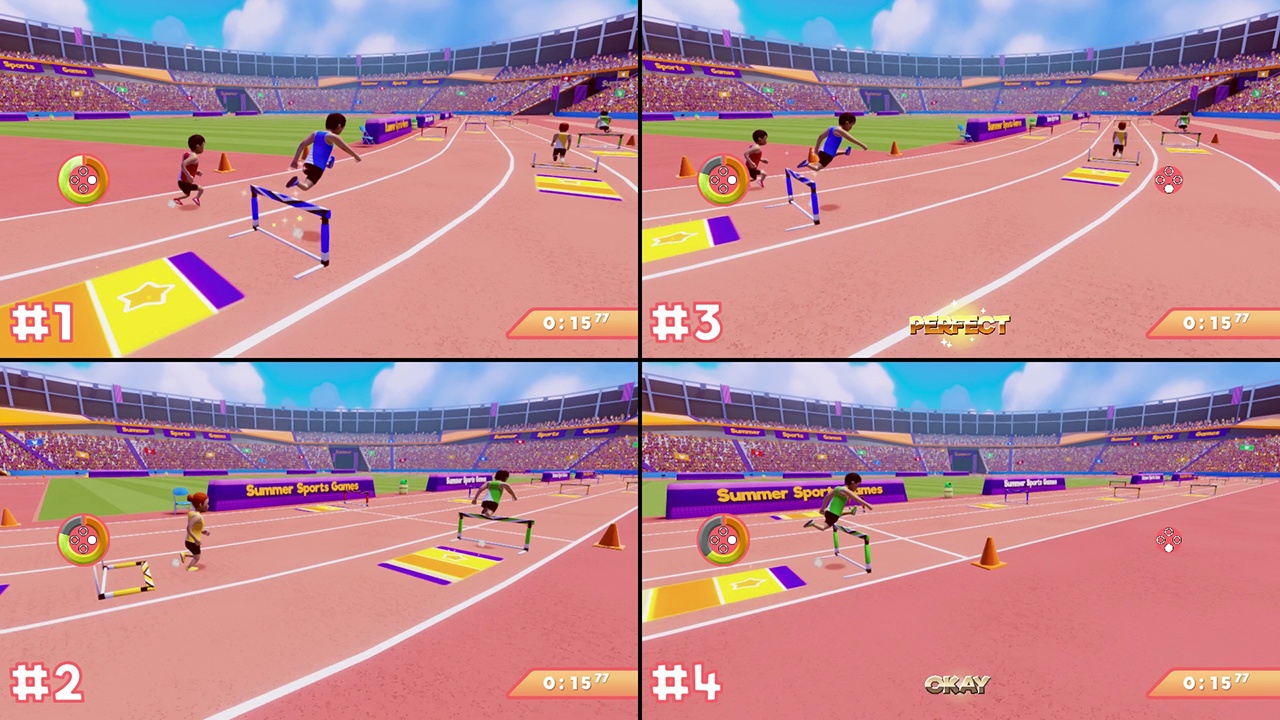 The same can also be applied to each of the events that are on offer here, with some being overly-simplistic, whilst others can be a bit frustrating at times. Sprinting for instance, sees you simply leaving the field behind as you make Usain Bolt look decidedly snail-like, whereas disciplines such as the high jump or pole vault hold a mechanic that simply puts you on the back foot; taking the enjoyment of competing in these events away. There’s no real sense of competition or achievement, at least when competing against the AI, although to be fair, the higher the competition, the better the opponent. Saying that though, it’s the general presentation of some of the events that make them more lacklustre than others.

Things do pick up a pace in its local multiplayer though, with a four-player split screen that can produce some elements of fun and competition. Other disciplines though, work through a turn-taking mechanic which can be a chore to work through. However, the fun level of the game does ramp up significantly when playing in this mode, as does the competition. Its overall presentation, however, doesn’t really promote a compelling experience, with grindy and repetitive music, janky animations and a lack of any leaderboards or record-tracking stats that you can compete against. It’s simply a play and forget style of game that soon grows tiresome.

Overall, Summer Sports Games simply presents a winter of discontent. Whilst it can offer some fun, it’s largely a limited affair. Solo play becomes boring very quickly, whilst its multiplayer capacity does provide some decent fun, but again, can grow tiresome quite quickly. It’s a shame that there’s no online capacity, as this would significantly ramp up the entertainment levels of the game, as well as the inclusion of some sort of record-keeping for solo players to compete against. While some of the events are fun to play, they can also be overly-simplistic, whilst others can be a frustrating experience. Of course, the higher competitions do present more of a challenge, but by the time you unlock them, you’ll simply be retired from the sport anyway. I wouldn’t say that this is a game that is slow to get off the starting line, but it is definitely one that fails to finish.

Summer Sports Games isn’t a game that is slow to get off the starting blocks, but it is definitely one that fails to cross the finish line.