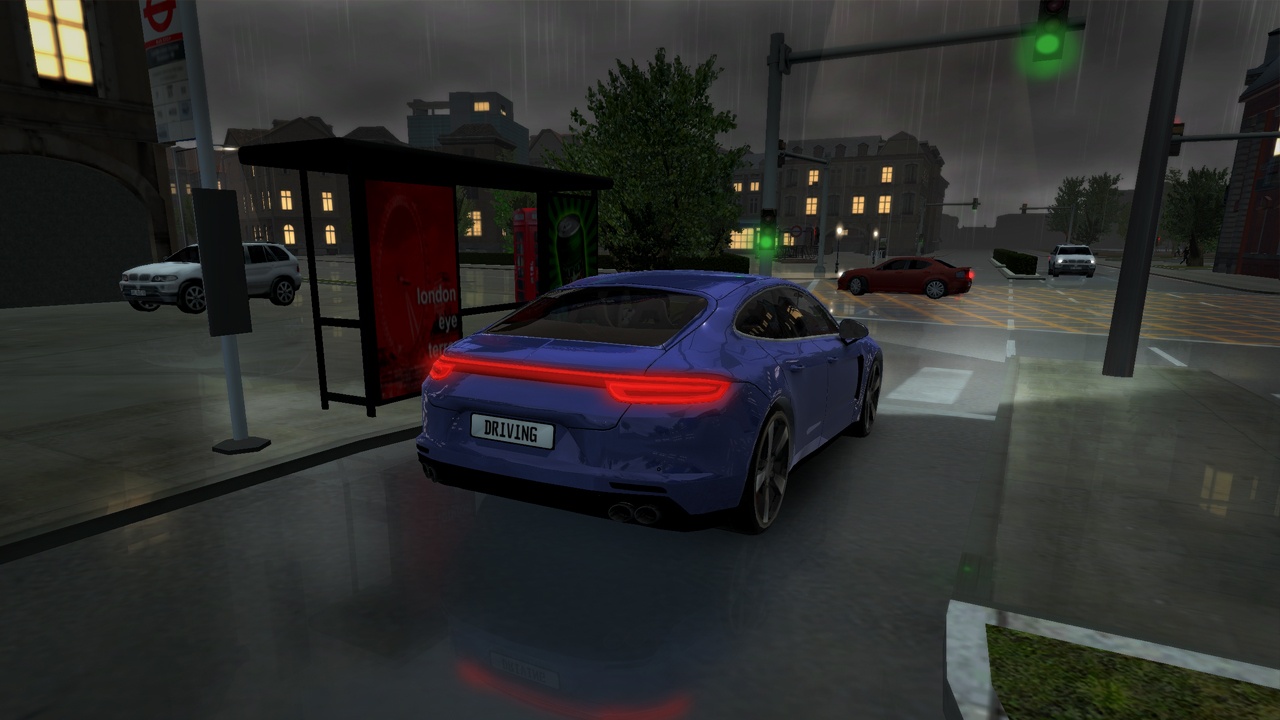 When it comes to driving cars within video games, we immediately envisage titles like Gran Turismo or Forza; heck I even class games such as Grand Theft Auto in the same category. Whilst the former two titles try and strive for realism, in terms of car modelling and scenery, they still revolve around the premise of racing. After all, it’s a seat-of-your-pants thrill ride when overtaking around the chicane to take pole position. Despite some impressive mechanics, in terms of realism, within these games, they’re also not true simulators when it comes to driving. Indicating, braking to a halt and stopping at traffic lights really wouldn’t cut it on the Monaco circuit or Silverstone, but this is where the latest title from SC Ovilex Soft comes in though, as Driving School Original manoeuvres a release onto the Nintendo Switch.

Instead of hurtling around racetracks, this is a title that sets about testing the mettle on your knowledge of driving the busy highways and streets in a number or worldwide locations. From a selection of nineteen cities and locations, including London, Liverpool, San Francisco and the Italian Lakes, you set about passing a series of tests through the correct implementation of indicating, giving way, manoeuvring, braking and stopping. You could say it’s like a virtual driving test. Each of the locations on offer contain up to five various tests that take place around the location you may have chosen. For each successful task, you are awarded XP and for each failure, you lose some. Finish the course without too may mistakes and you earn a rating from bronze to gold.

There’s also a large selection of vehicles in which to take each test, ranging from hatchbacks to sports cars and vans up to lorries; the majority of which of available from the start, with one or two higher end vehicles needing to be purchased with your accrued levels of XP. Although none of the vehicles on offer possess their real-life names, each of the models are easily recognisable from the Mini to the Porsche and the Dodge to the Chevrolet. You can even customise each car with paint jobs, wheel rims and tinted windows. 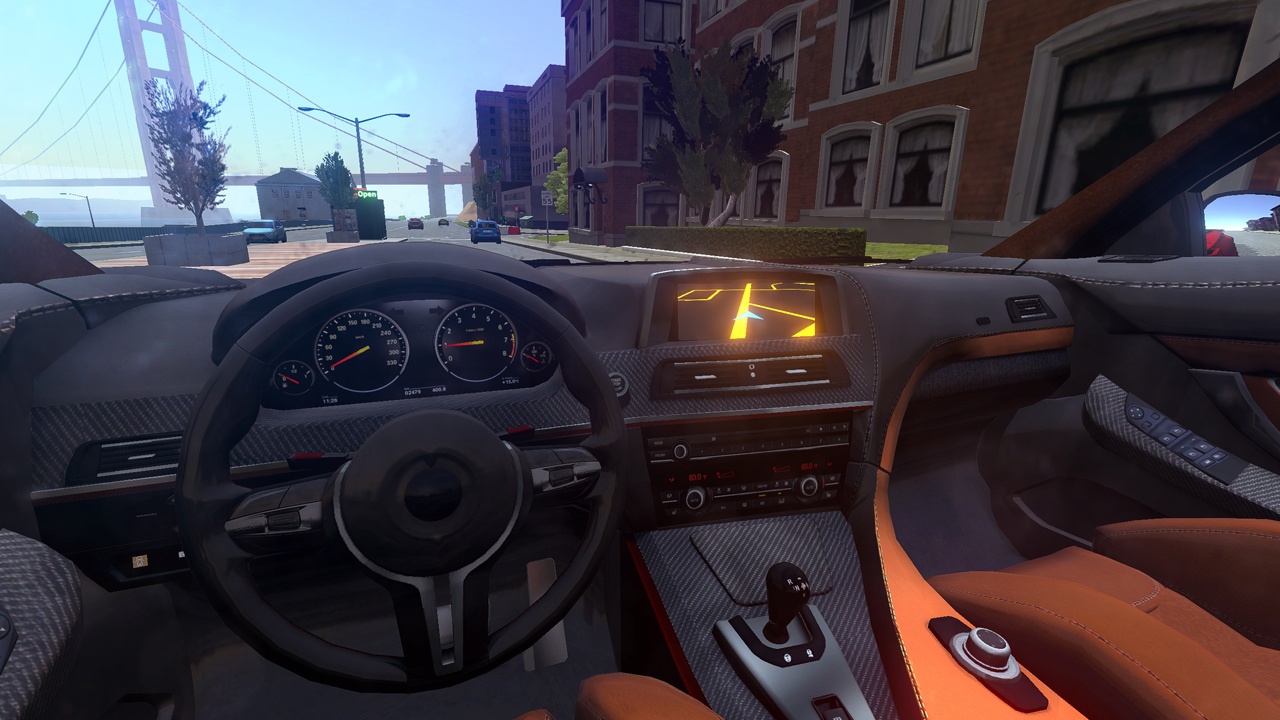 Once all of your selections have been chosen, it’s then time to hit the road. Following the directions of a sat-nav, you embark on a course where you must abide by the laws of driving. This means sticking to speed limits, indicating around bends or roundabouts, stopping at red lights and signalling before manoeuvring. You can choose from four different viewpoints: behind close and far, interior and front bumper; each of them providing information such as current speeds, wing mirror views and indication. Each of the tests can also take place in a variety of weather conditions and differing times of the day. Its premise offers something different from the norm and, whilst not particularly exciting, there is a certain satisfaction in traversing the courses in the correct manner and earning the gold medal.

In terms of its mechanics, the game plays fairly well in some of its elements. However, it can also produce some puzzling aspects that either don’t feel right or just look plain silly. For instance, the steering is pretty tight and largely accurate, but the acceleration is largely off, forcing you constantly pump the accelerate button in order to stay within the limits; keep your finger depressed and you’ll simply accelerate to top-speeds, losing you valuable XP. Despite containing the options for manual and automatic gears, they both play in a very similar fashion. However, it doesn’t stop there, as the more you play, the more things you begin to notice that eventually leads the game to ending up on the scrap pile.

In fact, there are so many little nuances, I’m not sure I can list them all here. However, for the sake of informing you, the reader, I’ll try and go through the main points that I was able to pick up. Firstly, for a game that focuses on the correct procedures of driving, it didn’t take long for me to figure out that I was the only road user who was abiding to the law. Other vehicles on the roads failed to indicate at junctions or around roundabouts; even driving on the wrong side of the road failed to produce any sense of urgency of the other drivers. Although I’m not familiar with many of the locations on offer within the game, I am very aware of the layout of London’s streets. I couldn’t wait to test my knowledge here and whilst cruising along the South Bank towards the London Eye, I couldn’t help but notice that the surrounding area was nothing like its real-life counterpart. Tower Bridge too, contained no Tower of London next to it or HMS Belfast moored alongside on the Thames. It was like driving through Manchester and someone had conveniently dropped the Eye or the Bridge there for my convenience. These things immediately take away the realism of its settings or premise. 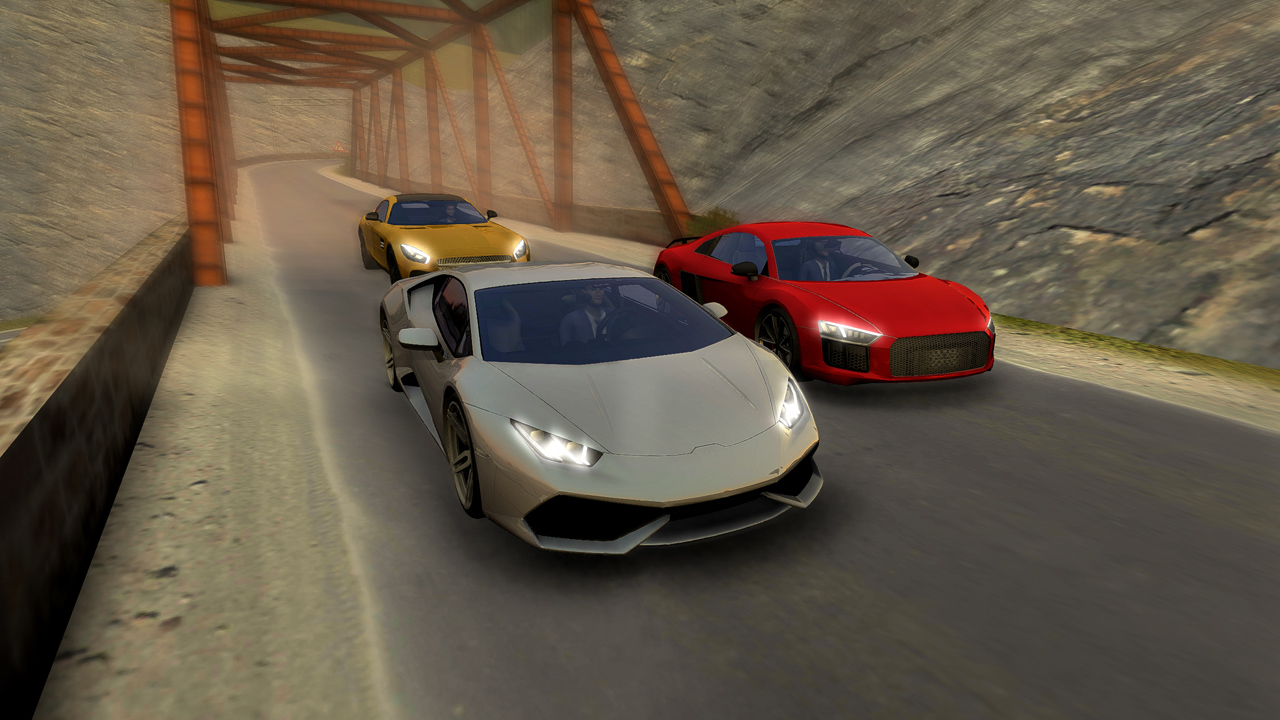 More worryingly though, was throughout my testing, I accrued more XP than I lost; meaning that my total XP would work towards the top-end sports cars that are available to buy. However, once I returned to my garage to choose my next vehicle, none of my gained XP had been awarded, leaving my total to remain firmly where it was. No matter what course I tried, my XP gains were never added to my total; leaving me to admire these sports cars from the showroom window, as I had no hope of ever owning one. Each of the cars have detailed interiors too, each one modelled on their real-life look. For the most part, these were nice recreations and offered a good viewpoint to try the test out in a different environment. However, despite containing a screen on the dashboard that detailed information such as speed etc, they never displayed the course laid out by the sat-nav, at least not in any of the car models I tried this in; meaning that I had no idea of what route I was meant to be taking whenever my viewpoint was from the interior.

There were plenty more errors too, such as flailing window wipers, textural pop-ups and penalties accrued for doing nothing wrong. The more you play, the more the game feels like a second-hand banger, rather than a shiny, new motor. There are a couple of gameplay options, such as free-ride and options revolving around driving mechanics, but these feel largely redundant and offer nothing new or different from the core gameplay. My biggest concern with the game though, comes from its origins. This is a port of a mobile game, but on these devices, this title has been superseded with better mechanics, multiplayer functions and more content; plus it’s free-to-play. Sure, it contains micro-transactions, whereby the Switch doesn’t, but it simply contains more and plays a better game than what us Nintendo owners are being offered here.

Overall, Driving School Original offers some form of entertainment with its different take on driving, but ultimately, it’s pretty limited. Too many broken mechanics and strange elements prevent this from passing its test and produces too many points on its licence for a recommendation. Although it contains a lot of variety in its content, once you’ve seen one city or completed one course, there simply isn’t enough variety to make anything else stand out, couple this with its far more superior, free-to-play versions on mobile devices and you’re simply ending with a title that is doing nothing but short-changing you from your hard-earned pennies, nickels or dimes. With a bit more thought and work, this could become a title that stands out for the right reasons, but in its current condition, it’s simply for the wrong ones.

Driving School Original fails its test with too many bad points on its licence.