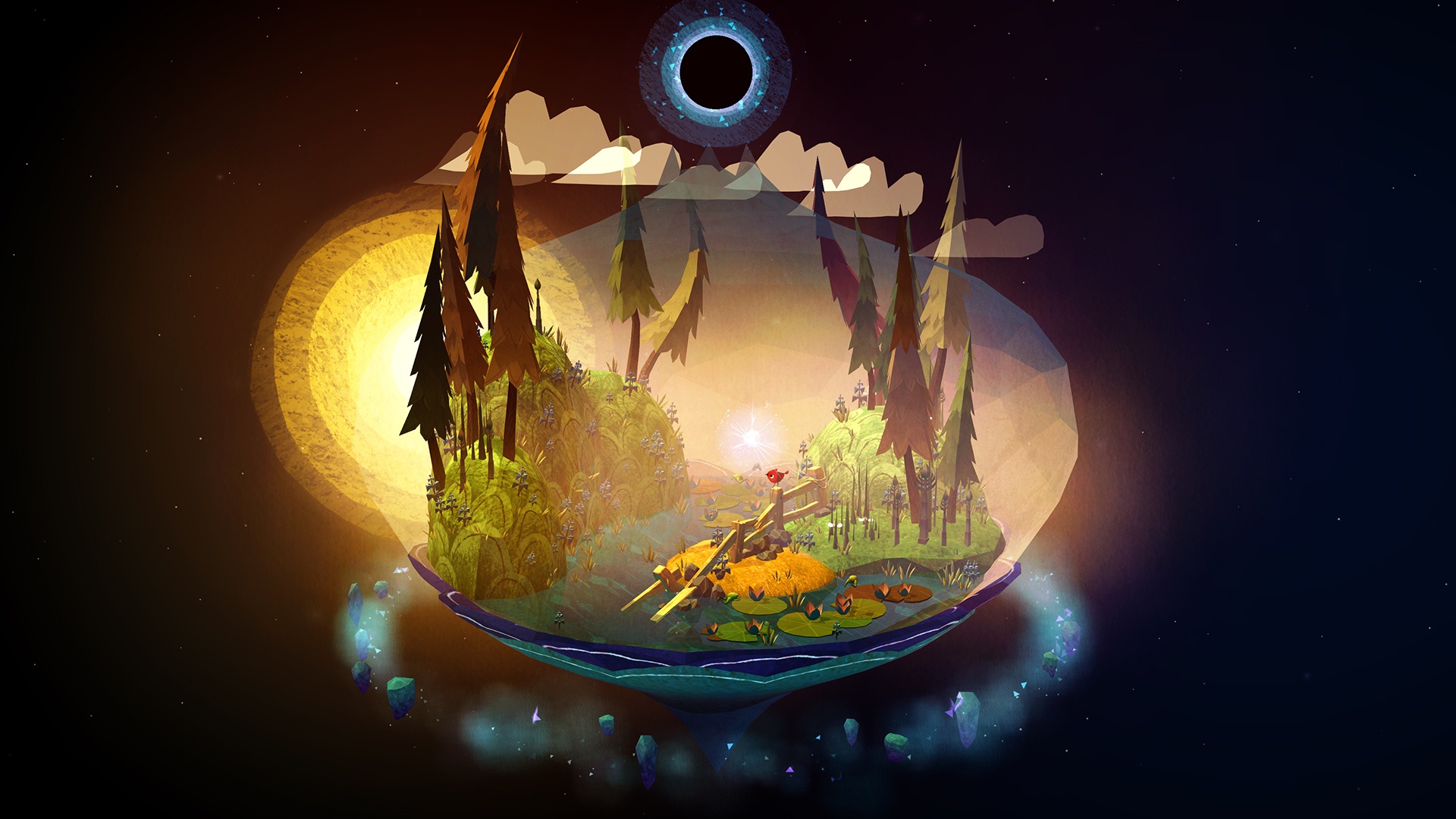 My tranquil, albeit brief, journey through Luna was a mostly enjoyable one. Luna is the debut game from studio Funomena, co-founded by Robin Hunicke. Fans of the critically acclaimed Journey may recognize that name. Funomena was founded by Martin Middleton and Robin Hunicke after working together on Journey for PS3. Like Journey before it, Luna is a very calming game that provides a mellow story to play through. Games can often be too fast-paced to really sit back and enjoy but Luna slows things down in that respect as you delve into its story.

A Bird’s peaceful summer slumber is disturbed by the majestic call of a mysterious Owl. Enticed to swallow the last piece of the waning Moon, Bird is blown far from its Golden Gate home.

Going through Luna’s story is an almost meditative experience. There are a few underlying messages that Luna portrays throughout the game. Luna addresses topics such as change and challenges we each face in life and attempts to provide a reassuring answer to these issues. Robin Hunicke described it herself as “a sculptural fairytale about letting go of mistakes and learning to heal others by working to heal yourself.” Incidentally, Luna can be played via a combination of either the PS4 controller, PS4 motion controllers and/or PSVR. How you choose to play does not change how calming this game will be.

Whilst technically a puzzler, the puzzles involved are not difficult and mostly consist of re-arranging stars to complete constellations. After a couple of these it does start to become a bit tedious and feels like a stop-gap between the story. Once completed, flora and fauna spawn on a derelict world that allows you to rebuild. You can plant up to 4 different floras or faunas to repopulate the world and breathe life and colour into it once more. 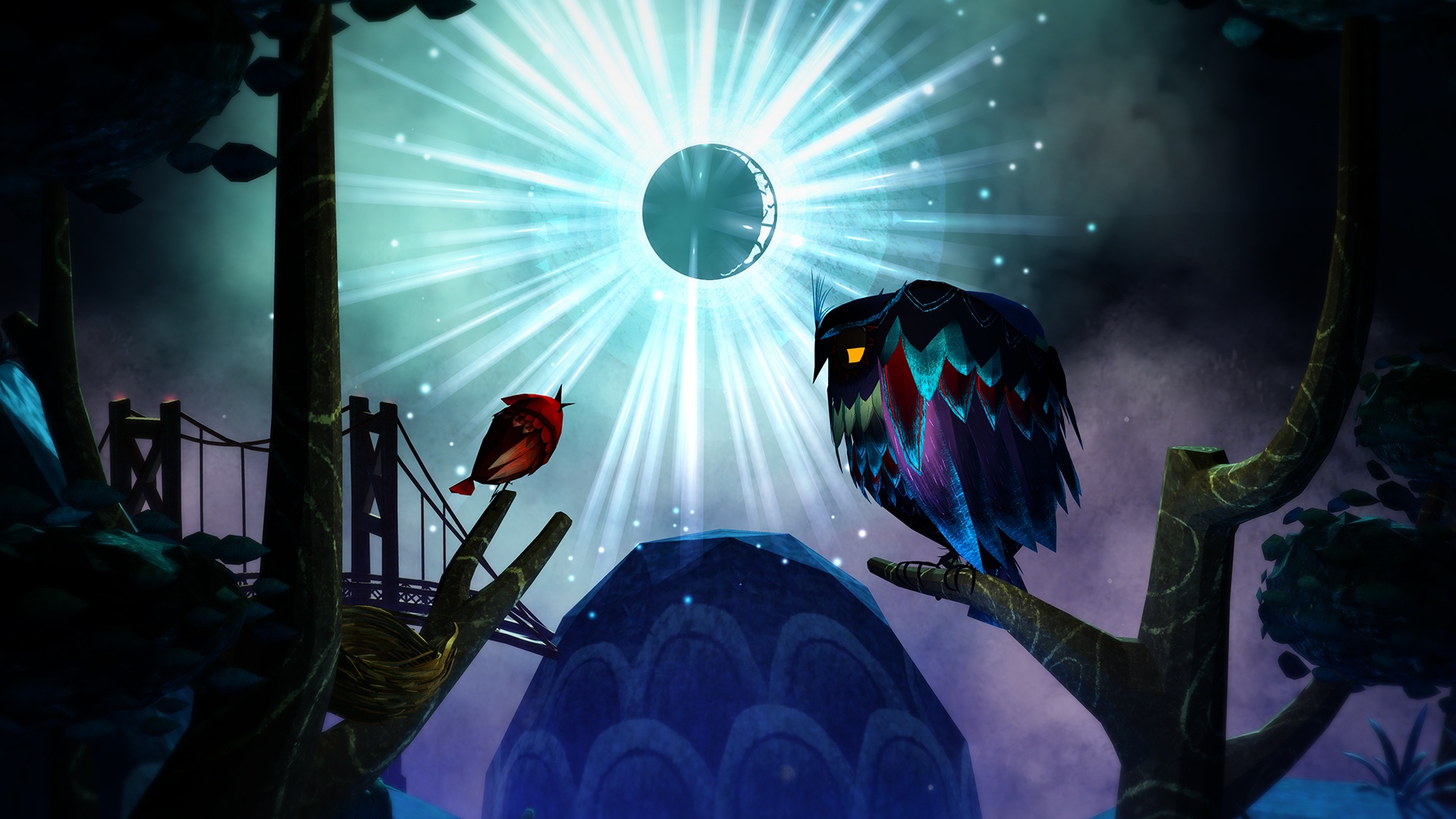 Luna plays almost like a pop-up storybook, accompanied by a narrator who relays the story through every scene as there is no dialogue between the characters. The closest we get to dialogue between characters comes in the form of song, which is also an element of the puzzles. There is a ton of charm in the levels with a distinct aesthetic bringing this game to life in a unique way.

On a side-note, trophy hunters out there should definitely pick Luna up. It comes in at a reasonable price point and the platinum can be attained within an hour. My initial run-through took me around that time but I can definitely see myself returning to Luna when I am in need of a break from the fast-paced gaming that dominates today. On the other hand, this short length might present a problem in people considering whether they got their money’s worth.

As aforementioned, the game is flexible around whether you are playing with a PS4 controller, PS4 motion controls, or PSVR. However, it seems abundantly clear that this game is designed with VR in mind. I tested between the PS4 DualShock and the PS4 motion controls and the motion controls felt significantly improved over the former. Playing Luna with the DualShock felt slightly clunky and definitely does not seem to be the intended way to play it. 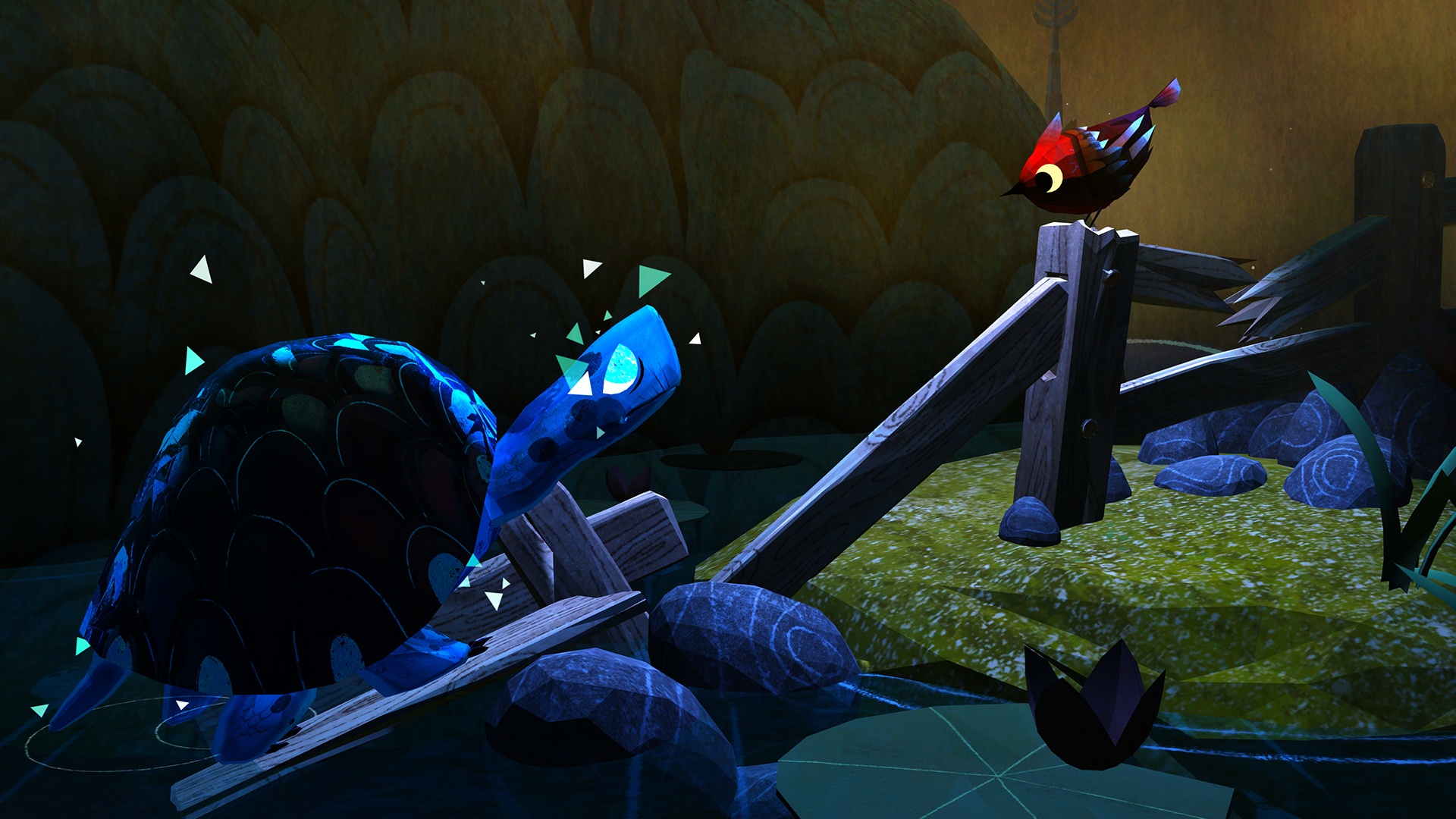 Perhaps the biggest strong point of Luna is the soundtrack. Austin Wintory is the composer to thank for this beautiful soundtrack that carefully complements the meditative aura of the game. Wintory is known for his work on other similar titles such as Journey, Abzû, and The Banner Saga. The soundtrack, like Bird’s song, is what breathes even more life into the game. The link-up between the developers and this particular composer is a match made in heaven. In fact, I would go as far as saying that the tranquility of the soundtrack is perhaps, at times, what prevented me from getting frustrated at the tedious constellation puzzles.

Luna is a charming, meditative experience that can be enjoyed and completed within an hour. The gameplay element of puzzling is repetitive and rather tedious and shoe-horned in to what is otherwise a wonderfully crafted game. Everything from the visual aesthetic, to the tranquil soundtrack, to the cute characters will create a meditative experience that I can at least see myself coming back to when I will inevitably need a break from the fast-paced games of today.

Luna is a charming, meditative experience that can be enjoyed and completed within an hour.