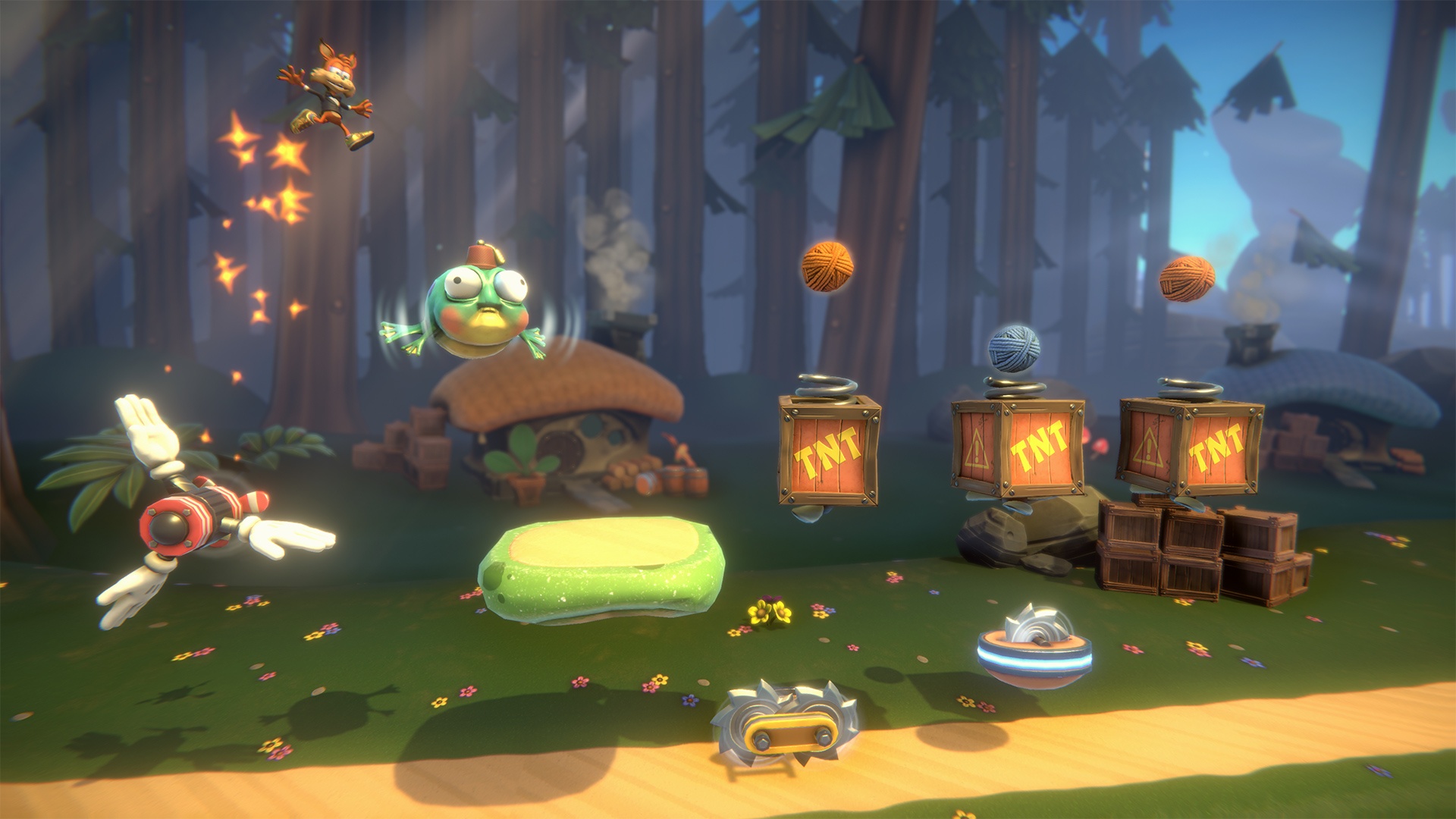 Developed by Choice Provisions and produced by Accolade, Bubsy: Paws of Fire is the latest instalment in the Bubsy franchise, spanning 26 years and 8 consoles, worth of gameplay. Despite this history, I must admit I wasn’t familiar with any of the prior games in the series, however after doing my research I learnt that I’m not alone in this regard and that it is regarded as the forgotten child of the Super Nintendo’s heyday.

It’s very easy to tell that the Bubsy series is a product of the 90s, whilst playing I could easily draw comparisons between the likes of Sonic The Hedgehog and Super-Mario. The auto-run platformer, doesn’t pose much challenge in terms of gameplay, as the running part is already done for you. However, for what it’s worth the gameplay is rather enjoyable, especially if you’re a fan of the arcade-esque style of yesteryear. In the game you not only play as Bubsy, but a variety of his friends, such as Virgil, Arnold and Woolie. Each character offers a somewhat different take on the auto-run platforming style, with Bubsy being a simple traditional take and Woolie offering a different one as she ‘runs’ in a flying saucer.

Whilst enjoyable to an extent, the gameplay does become somewhat repetitive and stale after a while. To advance further into the game, you must achieve medals which culminate to unlock other levels. This basically entails playing the exact same levels, as the different characters, which is about as interesting as it sounds. Woolie’s levels are the only ones that actually feel different, as the developers had to figure out ways to incorporate aerial enemies and obstacles, to combat her flying saucer. However, the other characters’ levels (Bubsy, Virgil and Arnold) are pretty much identical in layout, it’s just the characters movement and abilities that change. Which brings me to another slight gripe I had with the gameplay, and that is Virgil, who movement is too sluggish and slow compared to his counterparts. Seriously if you can somehow manage to advance through the game without playing his levels props to you! An easy solution to this would have been to designate each level to a specific character, then have the option to go back and play as others as bonus content. 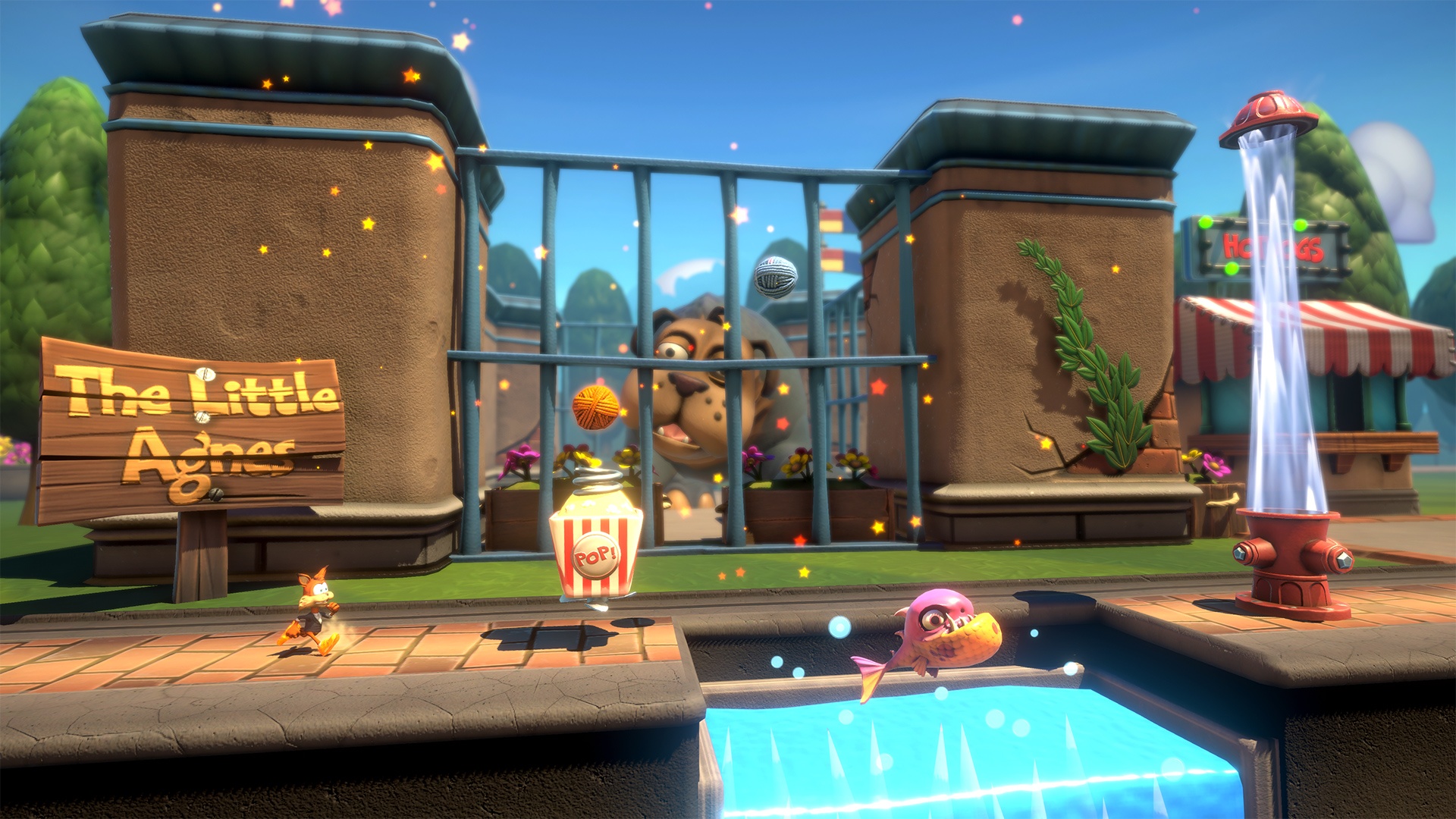 The game’s story is somewhat hard to follow, especially if like me you haven’t played the previous entries. There is a lot of references to the previous games, particularly in the game’s opening in which the main conflict is set up, as the series antagonist has escaped captivity… I think? I honestly had/still have no idea what they were talking about or who the characters were referencing. Whilst I understand the reasoning behind having a story that spans across several instalments, I would have at least liked a little more explanation during the opening cut-scene, to ensure that the game was accessible to those who are new to the series.

The graphic design for Bubsy: Paws of Fire is pretty impressive and I did struggle to find fault with it. Each character is designed well and given their own distinct individual look, even those of whom are the same species of animal, have defining traits that allow them to stand out. Overall, the characters look slick and professional, I can’t say a bad word against them, however if I were to find fault it would be in the design for the earlier levels. The later stages of the game are impeccably designed, particularly the ones which take place in the zoo-environment, however the earlier ones are just very generic and boring, and didn’t captivate me in the same way as the characters did. 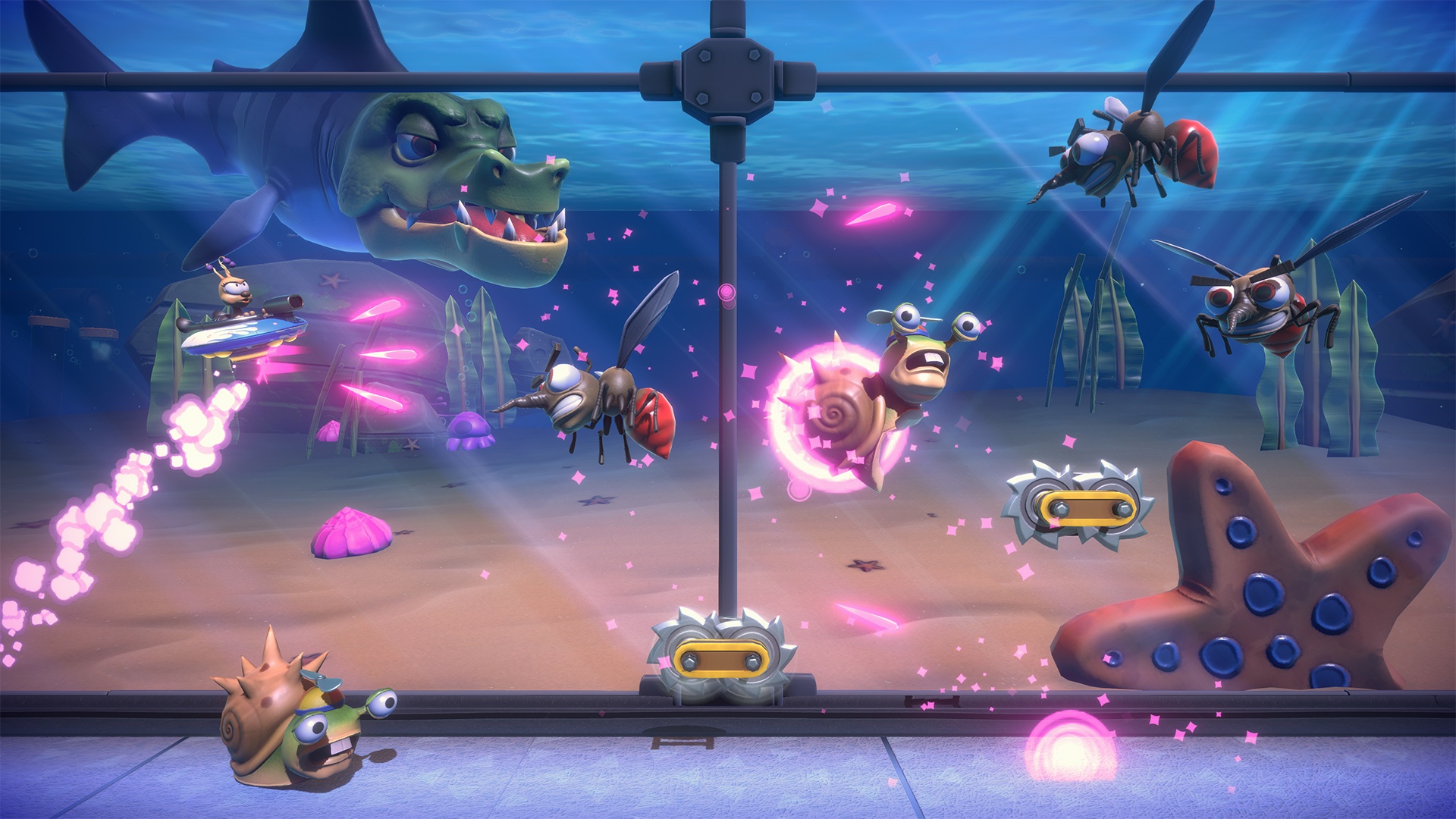 Now onto the game’s audio, which can be described in one word… YIKES. Honestly the character’s voices are like nails on a chalkboard, particularly Bubsy, who is perhaps one of the most annoying characters I’ve ever come across… EVER. Every time you fail a level, the character you are playing as will spout a terrible one-liner depicting their/your failure. At first these were rather charming, and a good way to differentiate the character’s personalities. However, they quickly became grating and I found myself muting my television until a cut-scene appeared.

Overall Bubsy: Paws of Fire is enjoyable, and does have some replay value, however it is sabotaged by minor issues such as voice work and repetitive levels. I found myself wanting to return to the game throughout the week, but couldn’t hack the repetitiveness for extended periods of time. If you are a fan of the franchise then I am sure you would love this new addition, and if like me you are unfamiliar with the series, then perhaps it is best not to jump straight into this game, but rather you should make yourself accustomed to the story of the previous instalments.

Budsy: Paws of Fire is enjoyable, and does have some replay value, however it is sabotaged by minor issues such as voice work and repetitive levels.