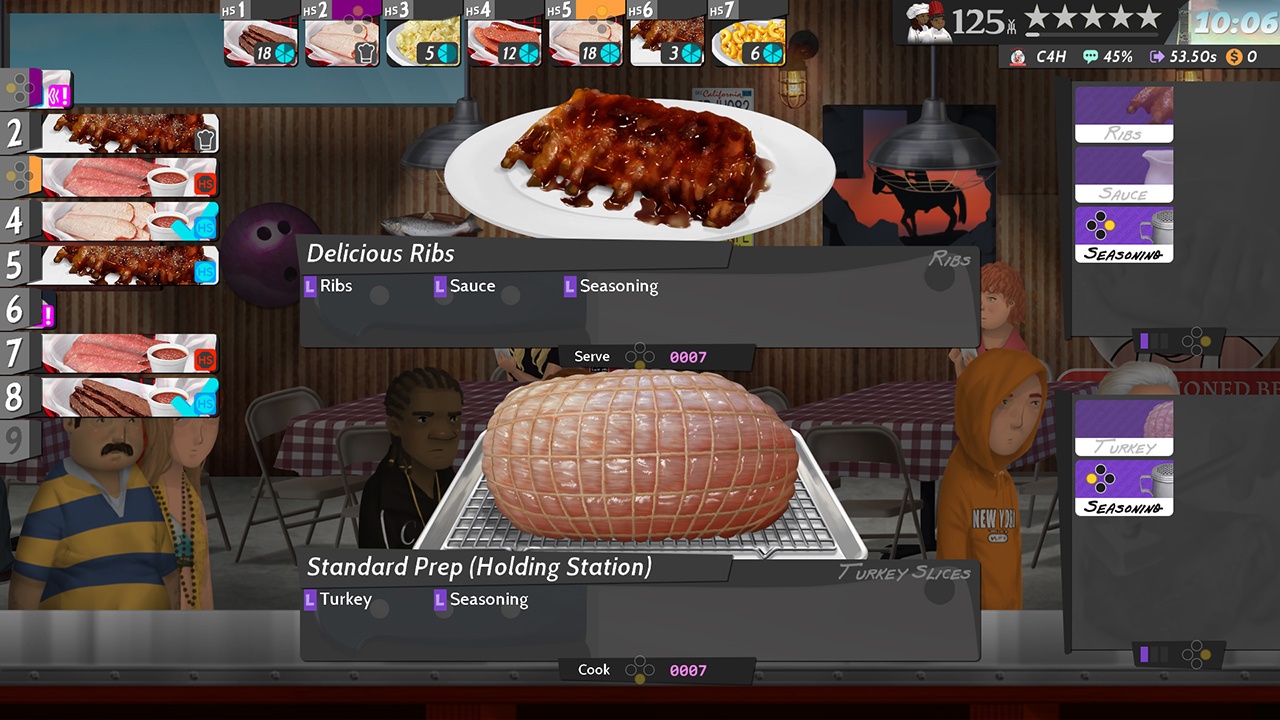 Cook, Serve, Delicious! 2!!, developed and published by Vertigo, allows players to create, manage and run their own restaurant business. Being the sequel to the original Cook, Serve, Delicious!, this game features a newly added 180 different dishes and you can make new decoration pieces and so much more.

The story begins with the original Cook, Serve, Delicious Restaurant being shut down due to company executives siphoning funds from the corporation while dealing with staggering amounts of debt. A bad combo if I say so myself. You, the character, decide to continue the legacy of the restaurant hence the name Cook, Serve, Delicious! 2!! After the short introduction, the game takes the time to give you the tutorial and introduce a few new features added to the game. If you have never played the first game, I heavily advise you to go over the tutorial; because trust me, you’re gonna need it. This game can get pretty chaotic at times. 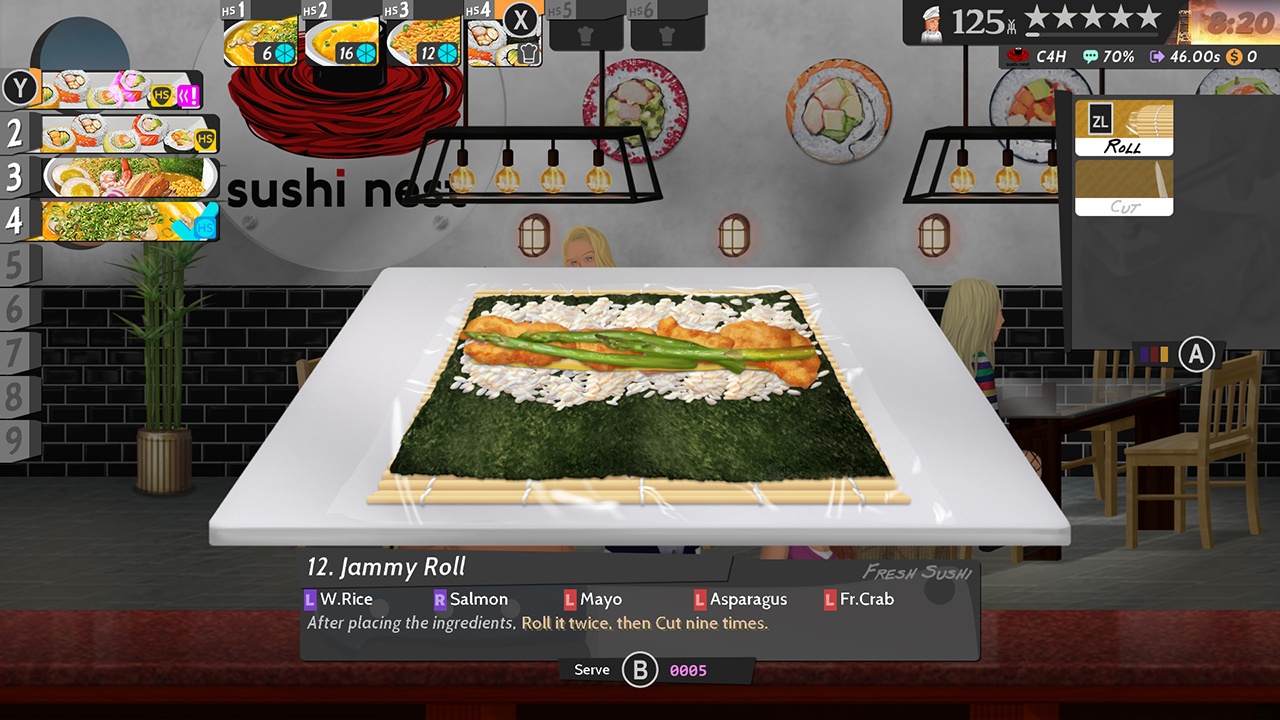 The new features added into this game is holding stations which allow you to prepare and serve certain items that are ready to go. Which is very important to utilize because this will save you a lot of time when preparing customer’s orders. Once you start making them they will automatically be ready to serve so you don’t have to worry about the food burning or expiring. Another new feature added was actually personalizing your restaurant with various decoration items that can be earned by leveling up and completing challenges and missions. Who doesn’t love customization in video games?

The games main goal is mainly to run a successful business and restore the good name of Cook, Serve, Delicious! but other then that there really isn’t a story. Which I kinda felt like with this big a game was kind of a let down. You don’t even have to work at your own restaurant, you can work at any other restaurant chains as a chef for hire to earn some exp and cash on the side.  Each day you work at a restaurant for five minutes cooking and serving your dishes. The game actually has you do chores such as taking out the trash, setting up mouse traps and many more tasks just to throw in that..authentic restaurant experiences. It was nice to see that the game also had a local couch co-op mode. If you wanted to, you can play throughout the entire game with a friend. 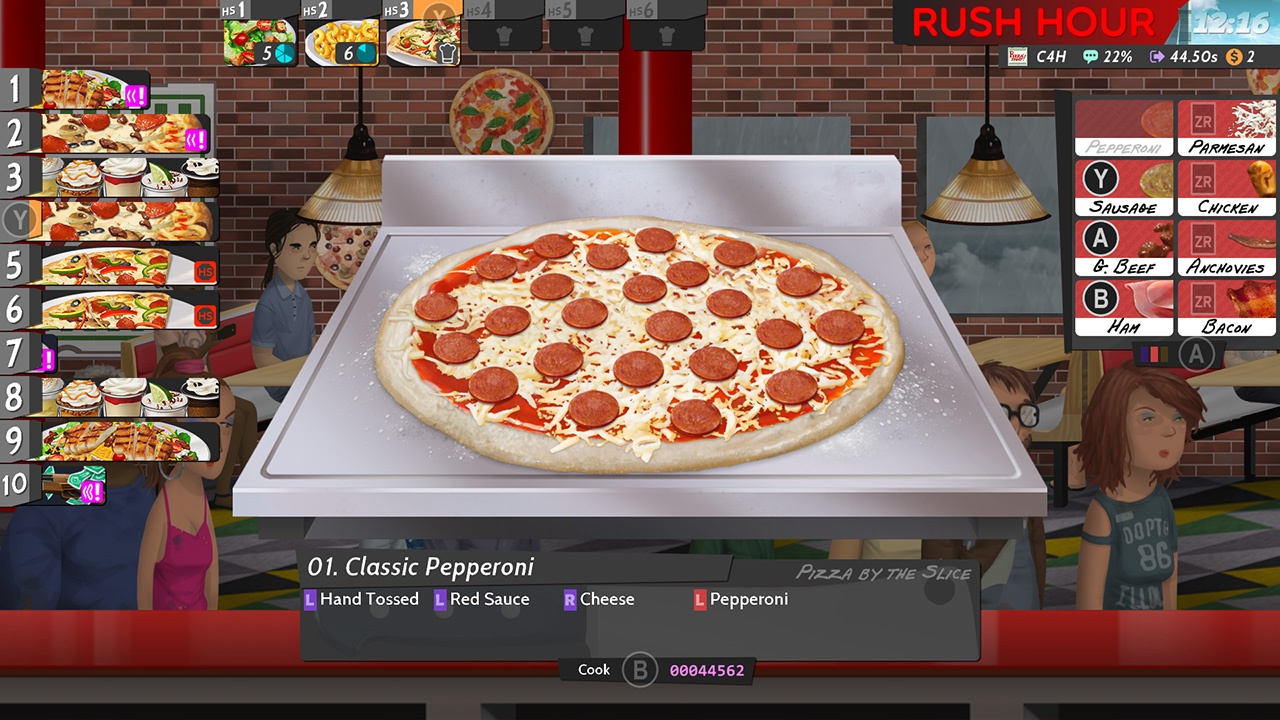 The real challenge about this game is the rush hour and waves of customers mixed with the controls. Allow me to explain myself. Within about 2 minutes into your daily shift, you’ll experience a wave of hungry customers which is referred to as rush hour. The controls in this game aren’t the best, at least on the Nintendo Switch. In order to prepare your food, players will be required to use a combination of buttons and triggers to change various ingredients. This combined with rush hour gets very hectic and at times very confusing if you’re not paying attention. Especially if you play other systems like Xbox, considering the button layout is completely different than the Nintendo Switches.

Besides the control scheme and lack of direction with this game, Cook, Serve, Delicious! 2!!, is still a crazy and exciting game to play, especially with a player 2 by your side.

Cook, Serve, Delicious! 2!!, is a crazy and exciting game to play, especially with a player 2 by your side.