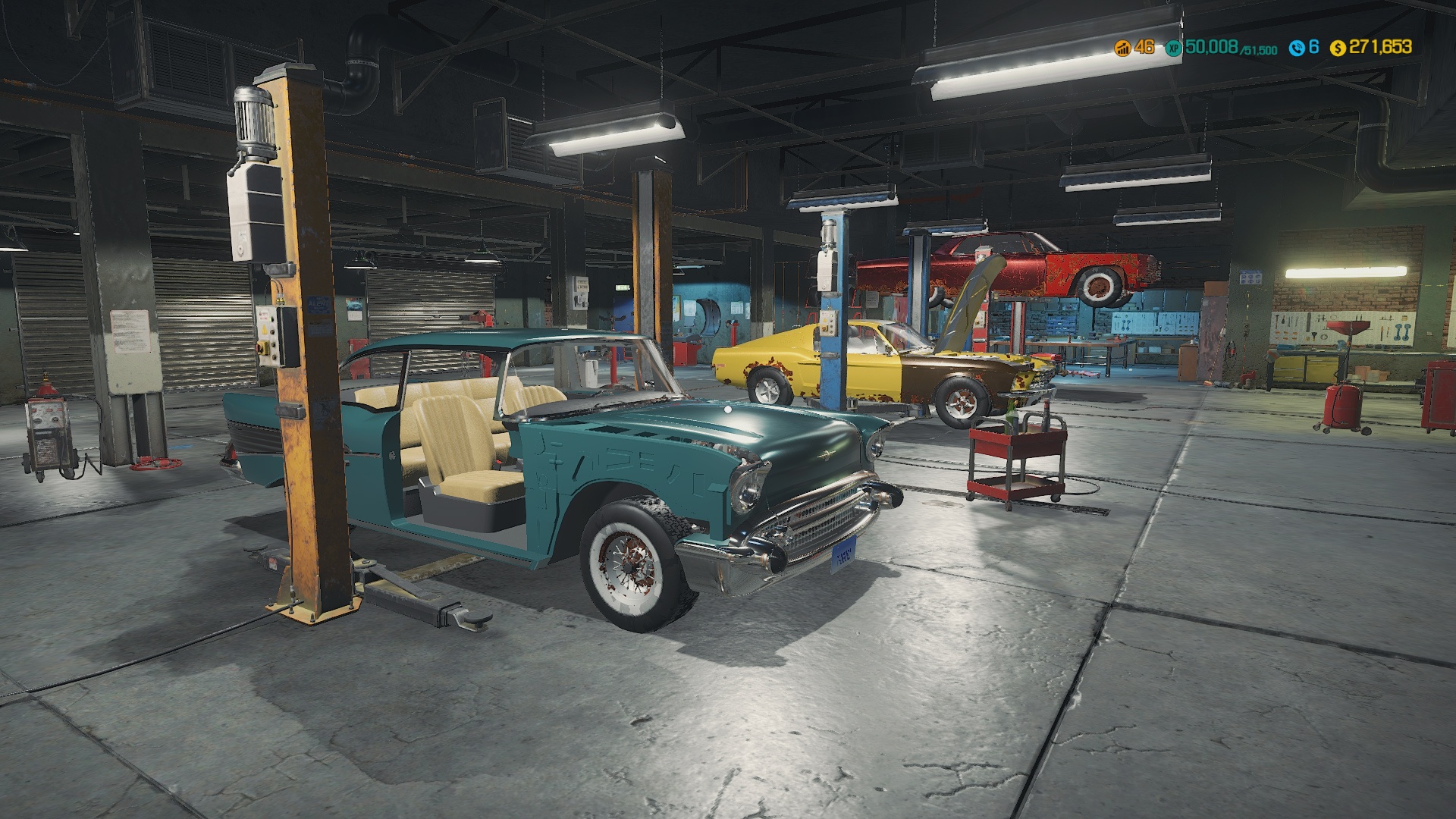 I’m not really in to cars, but hey, I’m not really in to golf either and that didn’t stop me from putting dozens of hours in to Tiger Woods Golf. Sadly, Car Mechanic Simulator isn’t Tiger Woods Golf – beyond not being a golf game (hardly surprising), it lacks the polish and overall quality of EA’s once great golf series. Unfair and totally absurd comparisons with a big budget golf game aside though, while Car Mechanic Simulator is certainly home to its fair share of rough edges and imbued with the kind of leisurely gameplay that will invariably suit a decidedly niche audience, there is something oddly compelling about the slow paced and bizarrely addictive world of fixing-up up virtual cars.

While clearly aimed primarily at car enthusiasts, an interest, or even a rudimentary knowledge of cars or their inner workings is far from essential. The basic tutorial might not be up to much, but much of the game is easily learnt on the job – if you have the patience that is. That really is a prerequisite – if you don’t have patience, Car Mechanic Simulator won’t be for you. It’s slow, occasionally demanding and keen (whether by design or by accident) for you to learn the required skills on the job. It’s rarely out and out frustrating, but its glacial pace and handful of bizarre design choices make this one for the committed. It can be a tough ride at first and many will baulk at the games’ occasionally obtuse menus, but despite its rough edges, the game does eventually come together in a surprisingly satisfying manner. 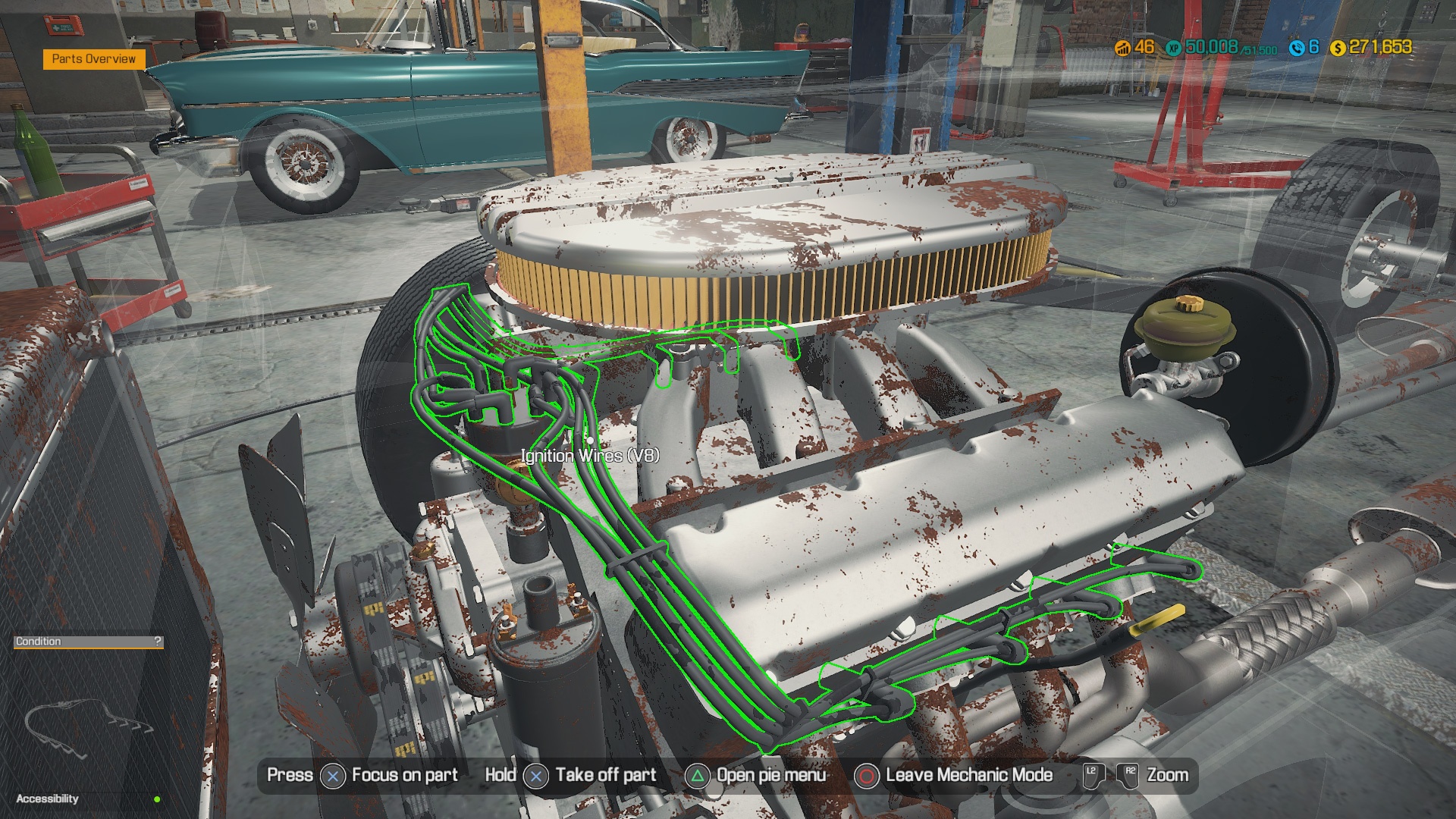 If you do stick with it and get through those first few hours of confusion, Car Mechanic Simulator really does get its bizarrely captivating claws in. As you build up your garage and start to take on increasingly exotic cars, the whole experience becomes more and more addictive, and if nothing else, really rather relaxing. It’s a shame that so few of the cars are actually licensed, but by buying cheap and then fixing them up, there is definitely a rewarding sense of ownership that is built up as you progress.

As long as you stay in the garage, Car Mechanic Simulator remains a largely enjoyable if occasionally fiddly experience. Staring off with basic jobs such as changing the oil on cars (yeah, it’s hardly wish fulfilment at this point), Car Mechanic Simulator soon has you expanding your garage, taking on increasingly impressive vehicles and trying your hand at more complex fixes and a wider range of jobs. Whether it be to auction them off at a higher price or to simply show them off via your personal car collection, this is where the game really comes to life. It’s still kinda slow, and yeah, still somewhat awkward, but once your business starts to expand, that’s when the game truly comes in to its own. 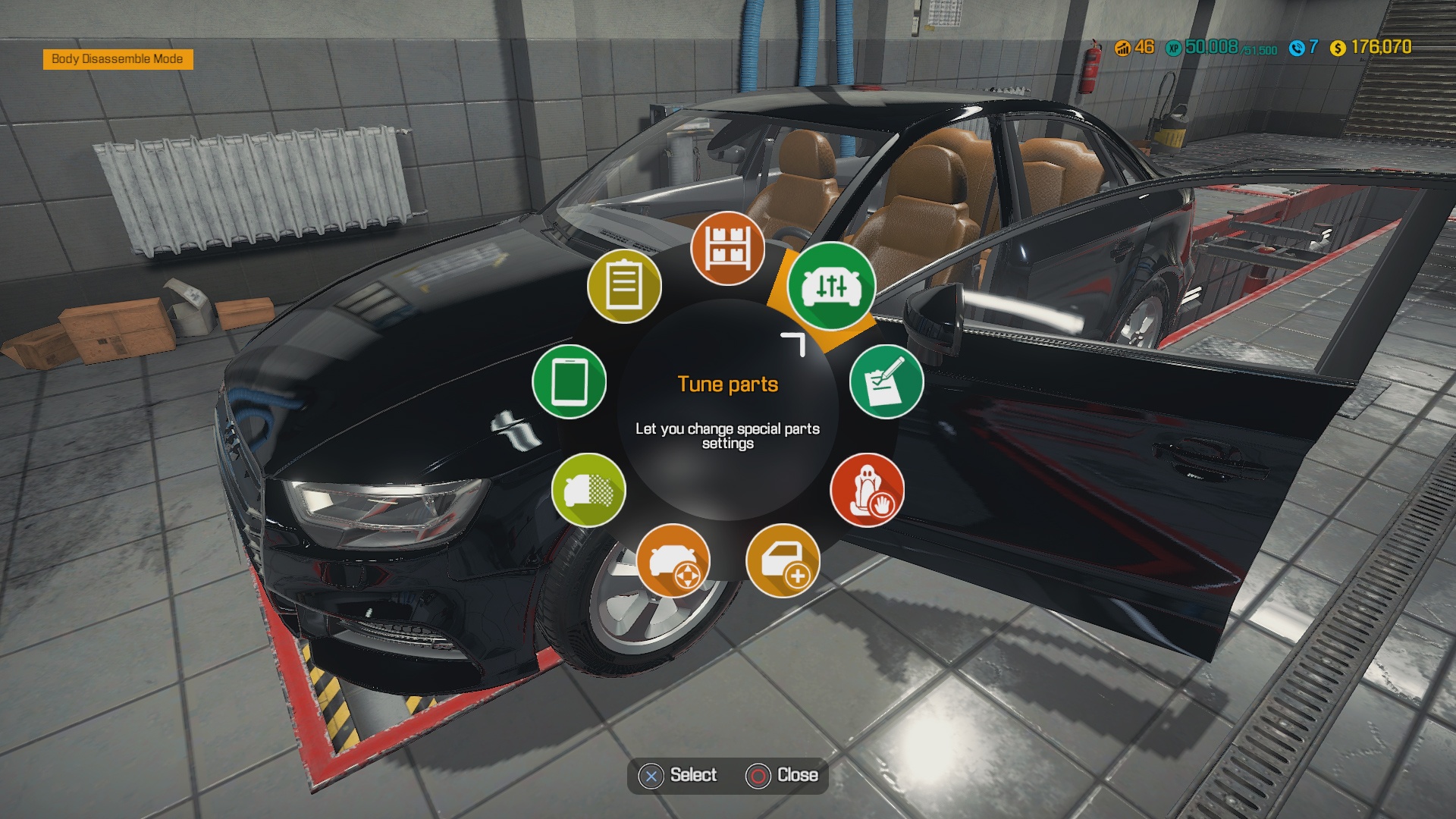 Despite a handful of odd design choices that are almost certainly hold overs from the series’ start on PC, when you’re in the garage working on upgrading, improving and fixing your increasingly impressive car collection, Car Mechanic Simulator works just fine. It won’t be for everyone, but it’ll almost certainly work for the niche market at which it is squarely aimed. Sadly, the same can’t be said for life on the open road. It might be a relatively minor element of the overall gameplay loop, but this is still a game about cars, and man, while it might understand the finer points of car construction, it clearly doesn’t know the first thing about car handling. Taking your fully restored classic car out on the road should be a pleasure, but here…well, it’s bad. Really bad. Beyond being butt ugly (the game is supposedly enhanced for the Xbox One X, but improved framerate and resolution doesn’t make an ugly game any less ugly), just moving your vehicle from point A to point B can feel like an absolute ordeal.

Car Mechanic Simulator is a slow and often obtuse gaming experience. The control scheme is occasionally cumbersome, it has horrible music and is mostly ugly to look at. Despite these issues though, it does most of the important stuff surprisingly well, and after a slow start, builds upon its strong gameplay loop to deliver an oddly absorbing experience. Sure, the driving of the actual cars is an absolute horror show, but that’s not what this game is really about – this is about managing your garage, building your business and restoring and improving upon classic cars, and in that regard, Car Mechanic Simulator is a success, one that is far more addictive than it has any right to be.

Car Mechanic Simulator is a slow and often obtuse gaming experience. The control scheme is occasionally cumbersome, it has horrible music and is mostly ugly to look at.