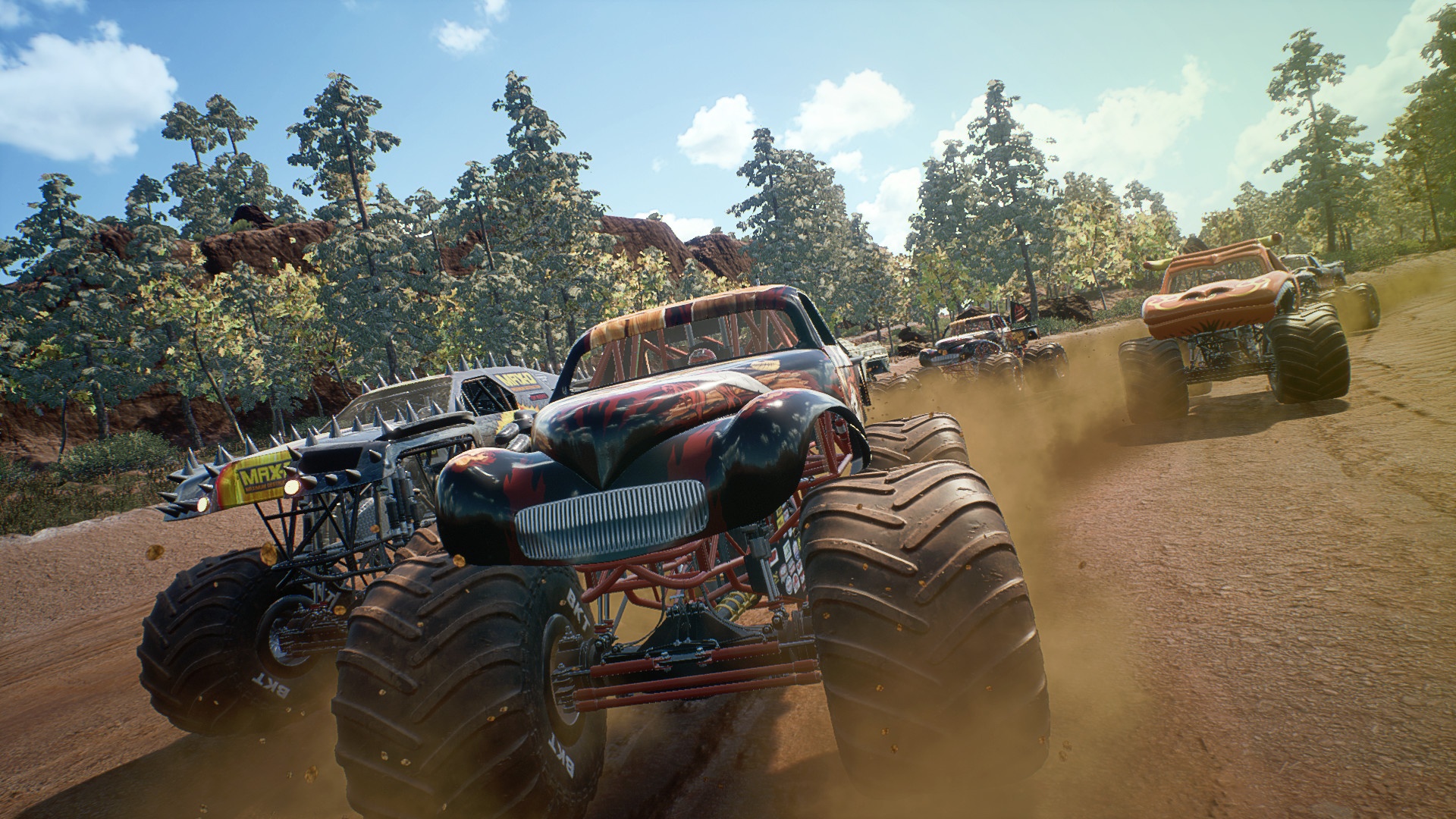 These days it is immensely difficult for a title to stay under the radar, as sooner or later each and every upcoming release gets featured on either PlayStation Blog, STEAM, or any and all online gaming publications. However, Monster Jam Steel Titans has managed to achieve the seemingly impossible feat of launching, without anybody hearing about it beforehand and sure, there might have been some enthusiast knowing full well when this particular title is going to hit the streets, or more appropriately the dirt, but for the most part, Monster Jam Steel Titans launched to very little fanfair or attention. 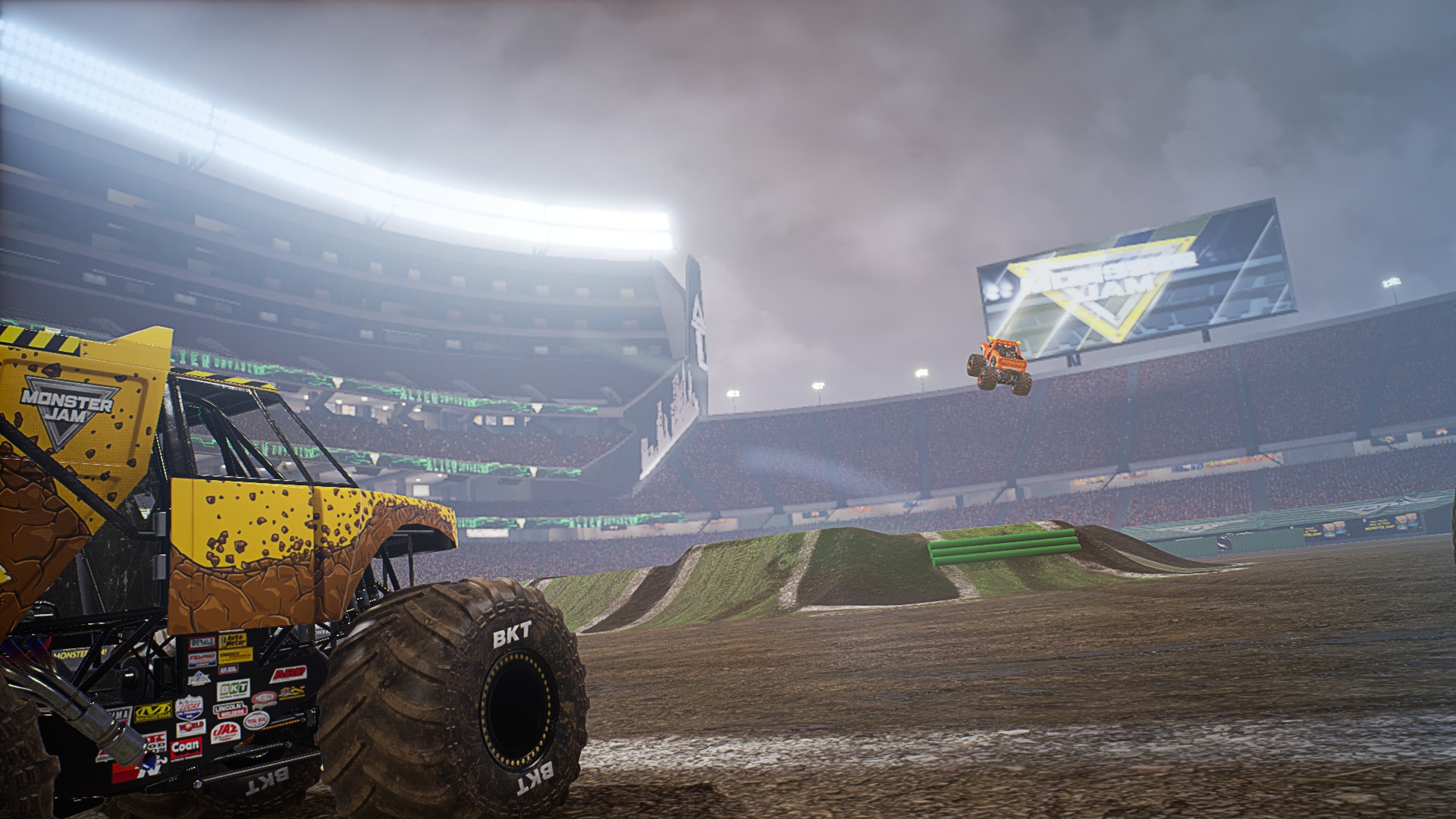 We have seen a lot of racing games in the past 5 years of the current generation, and while some were not world-beaters when it came to visuals, then they always looked like current gen releases. Whereas Monster Jam Steel Titans, looks just like a PlayStation 3/Xbox 360 mid-cycle racer, and sounds just like it. While many can forgive underwhelming visuals when the gameplay is up to the code, then the same cannot be said about the sound, as such is without the shadow of a doubt Monster Jam Steel Titans’ weakest point. It’s poorly balanced, the voice-overs are overly loud, the soundtrack is rather dull, and if you decide to mute the title completely, then you will still get to hear a plethora of audio effects blaring through your headphones or speakers, as muting Monster Jam Steel Titans’ sound, doesn’t actually mute it completely.

Within Monster Jam Steel Titans you will find a plethora of modes which can be accessed either within the career or quick play. Those boil down to Racing, Freestyle, Demolition, and Exploration and each and every single one of those presents you with ever new rewards, and achievements, meaning that even while some events may feel repetitive, then they do in truth have a great carrot on the stick to keep you playing. In addition, some modes such as the standard racing, features a number of spins, which alter the otherwise bog standard formula, as the title at hand is constantly altering routes whenever the same track is being replayed, and alternates between circuit racing, where you just follow the track and free-roam racing, where you follow the checkpoints all around the map. 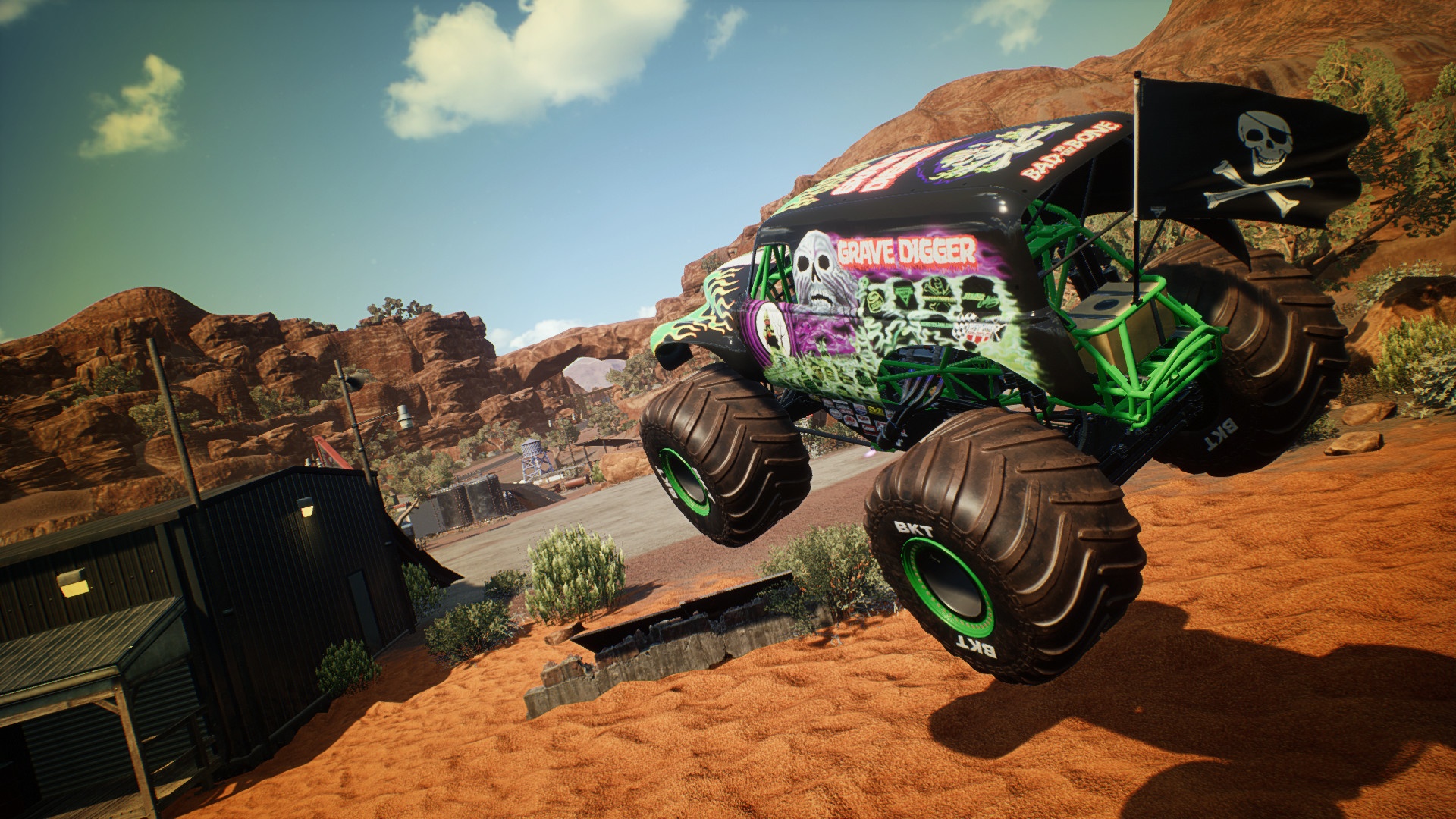 If you’re from Dixie, or are a Monster Truck enthusiast from the other side of the pond, then you’ll be glad to hear that Monster Jam Steel Titans features 25 licensed trucks, such as the Grave Digger – and that all those trucks can be completely demolished, or pulled apart and they can be decimated within 12, filled to the brim arenas, with the crowd chanting as you are slowly scrapping your pride and joy. While most of the damage will be intentional, then it has to be said that due to the title’s rather shaky physics engine, it is not uncommon to smash your truck by a complete accident and this is mainly due to the fact that Monster Jam Steel Titans’ physics engine isn’t consistent enough to really warrant this type of explosive gameplay.

As Monster Jam Steel Titans is a multiplayer release, most will look to purchase it with intention to play it with friends on the couch, or with strangers online. But unfortunately, Monster Jam Steel Titans features no multiplayer modes, or component and the only way to play it with somebody is to screen share it with them on PlayStation 4. Multiplayer is not the only thing that’s missing from Monster Jam Steel Titans, as this particular release is also missing quite few quality of life changes, such as an actual restart option while within an event. That is sorely missed, as more often than not you will drop from first place to last due to the title’s physics – rather than through your driving or mistakes. And then you have no other option than to either take the L, or leave the event the entirely, and enter it again, while sitting through multiple lengthy loading screens.

Overall, Monster Jam Steel Titans is just a completely average release, with a number of flaws which can’t really be excused. And sure, you can go out of your way and bat for it, but this won’t change the fact that the poor optimisation which causes common frame drops, lack of any basic quality of life options, and some downright broken features are simply dragging Monster Jam Steel Titans. And without those, it could have easily been a 7, or even an 8. But without, it unfortunately will have to stick with its current score.

Monster Jam Steel Titans is a completely standard racer, which is neither great nor shambolic – it simply exists.