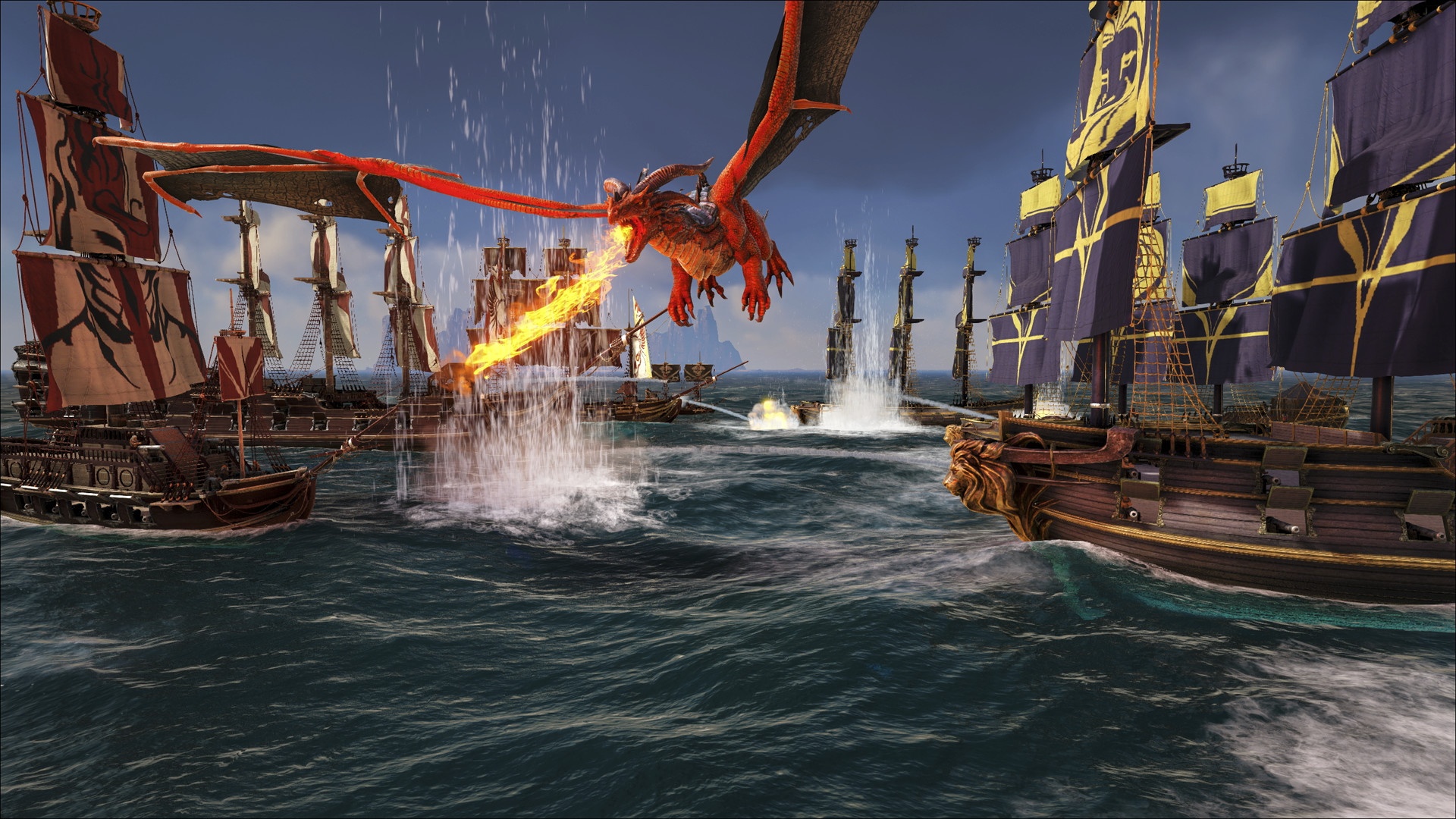 Instinct Games. They’re the people behind Ark: Survival Evolved – a survival game about dinosaurs, pooping and grinding resources. In fact it’s mainly about grinding resources before getting rekt by an angry player, or one of the multiple survival systems that slowly and inevitably destroys your soul. Despite these shortcomings, I jumped back into Ark over and over again, even against the fact that at launch, it was unplayable and buggy – with considerable and many bugs still to this day. For a game that costs £45, that’s just not on really. But why am I talking about Ark? Isn’t this review about Atlas? Yes, you’re right, it is but you see, Instinct Games also have their fingers in the Atlas pie too and so based on their performance with Ark, what I’m about to say probably isn’t going to come as a surprise.

When the trailer for Atlas dropped, the game looked incredible – it was Sea of Thieves but with base-building, crafting and all the systems that gamers love in open-world survival titles. A tad too ambitious? Perhaps. Either way, at around 7 months down the line, it still doesn’t work as intended. We expected the grind and in fact, some gamers crave the grind these days because it’s a marker of progression in games like Atlas where there are no definitive end points. The grind is heinously like Ark, where the player will punch trees, rocks, animals and everything else but themselves to get resources. After a while you’ll be able to level up your character to get more recipes so that you can continue to grind onwards. It’s a system that kind of works and was embraced in Ark, but a major problem with Atlas is that in online mode, most of the resources get stripped very quickly on islands and so it’s not particularly appealing to new players – coupled with little guidance to get you started and the first few hours of Atlas becomes a death simulator. 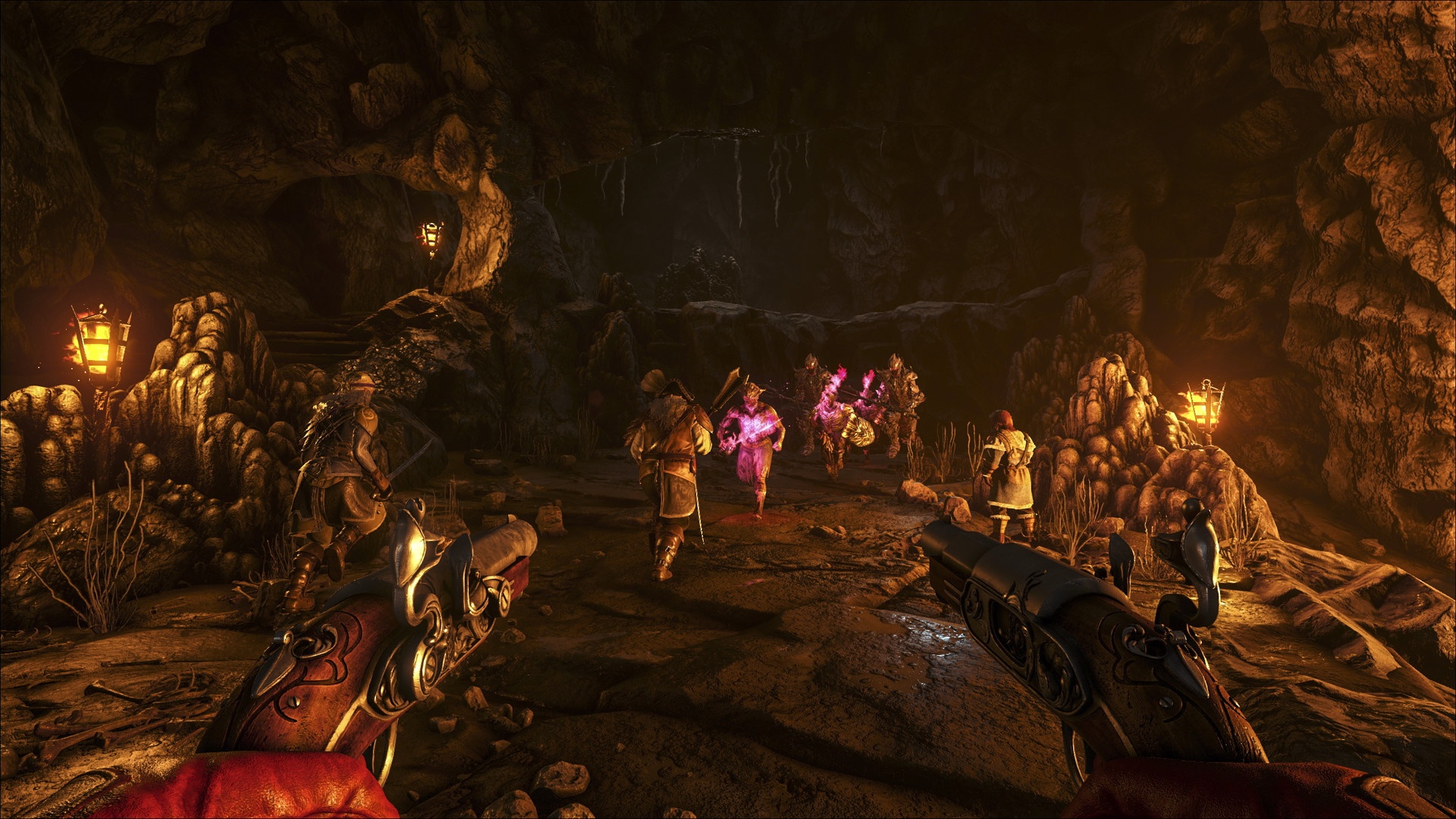 All of that sounds pretty unsatisfying right? Yeah it is. The best part of the game in my opinion is the ship building, of which there are a handful (I think 4 at the time of writing) to craft. To do this you’ll spend around 10+ hours on a 1x speed server collecting and processing resources so that you can build individual panels for your ship. Eventually you’ll be able to customise it with new workstations, paintjobs etc. Whilst that unsatisfying grind is at the core of ship building, getting to sail it on completion should be a dream as in Sea of Thieves – the game Atlas is most oft compared with. Sadly, in Atlas immersion is broken frequently when sailing, such as changing the sails, where your character won’t actually handle the ropes manually. If you have no friends to help sail your ship however, unlike Sea of Thieves, you can hire a crew of AI to sail with you; although this can be incredibly expensive.

Ground combat in Atlas is woeful, where melee weapons don’t really feel like they’re connecting with an enemy, gunpowder weapons are painfully slow to reload and clipping bugs mean you can end up stuck inside of an enemy as they quickly munch you to death – meanwhile there’s nothing you can do to stop it. This is sadly a constant theme in Atlas – bugs ahoy that just render it near unplayable. It’s like playing whack-a-mole with game bugs – on patch fixes one thing and another game-breaking bug rears its ugly head. For example, Ships of The Damned for a while were impossible to destroy and could take a player-made ships down in minutes; destroying all 10+ hours of progress in a heartbeat. 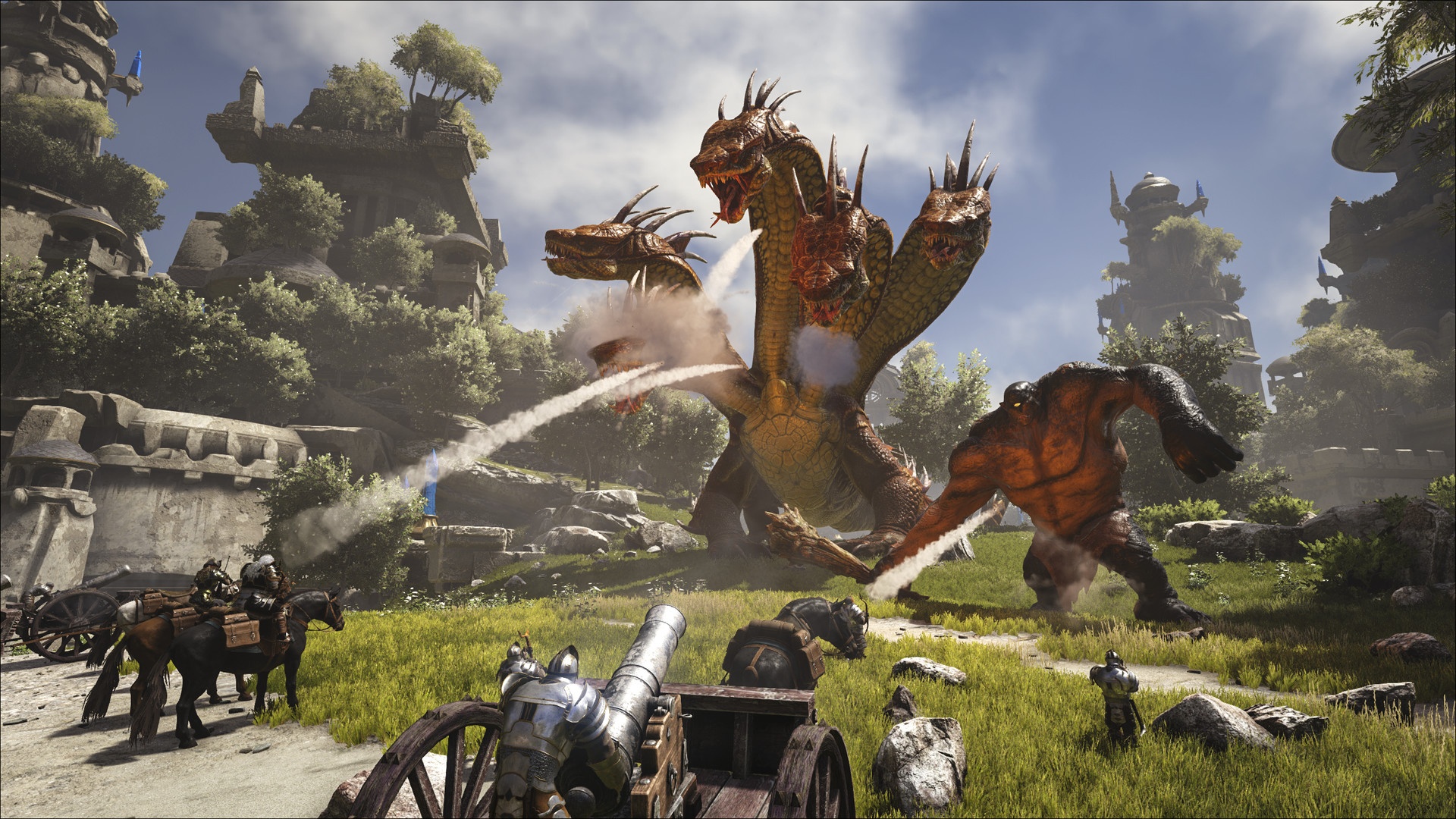 The ambition of Atlas is to be commended – setting sail into a massive open world is something that few games have done (well) before, with the exception of Sea of Thieves. The main issue with Atlas, like I said, is the bugs rendering it near unplayable, but it also suffers from a lack of direction, most likely because of its vision to be so massive – a sentiment which I’m sure was to add to the experience of gamers, but sadly it’s causing issues of broken stability, immersion and the all-important – fun factor.

If you really want to check out what is essentially an early version of Ark with ships and a few different skins, get Atlas when it’s on a deep sale – otherwise avoid it like scurvy!

If Sea of Thieves used the Ark game engine, had way too much ambition and way too many bugs.