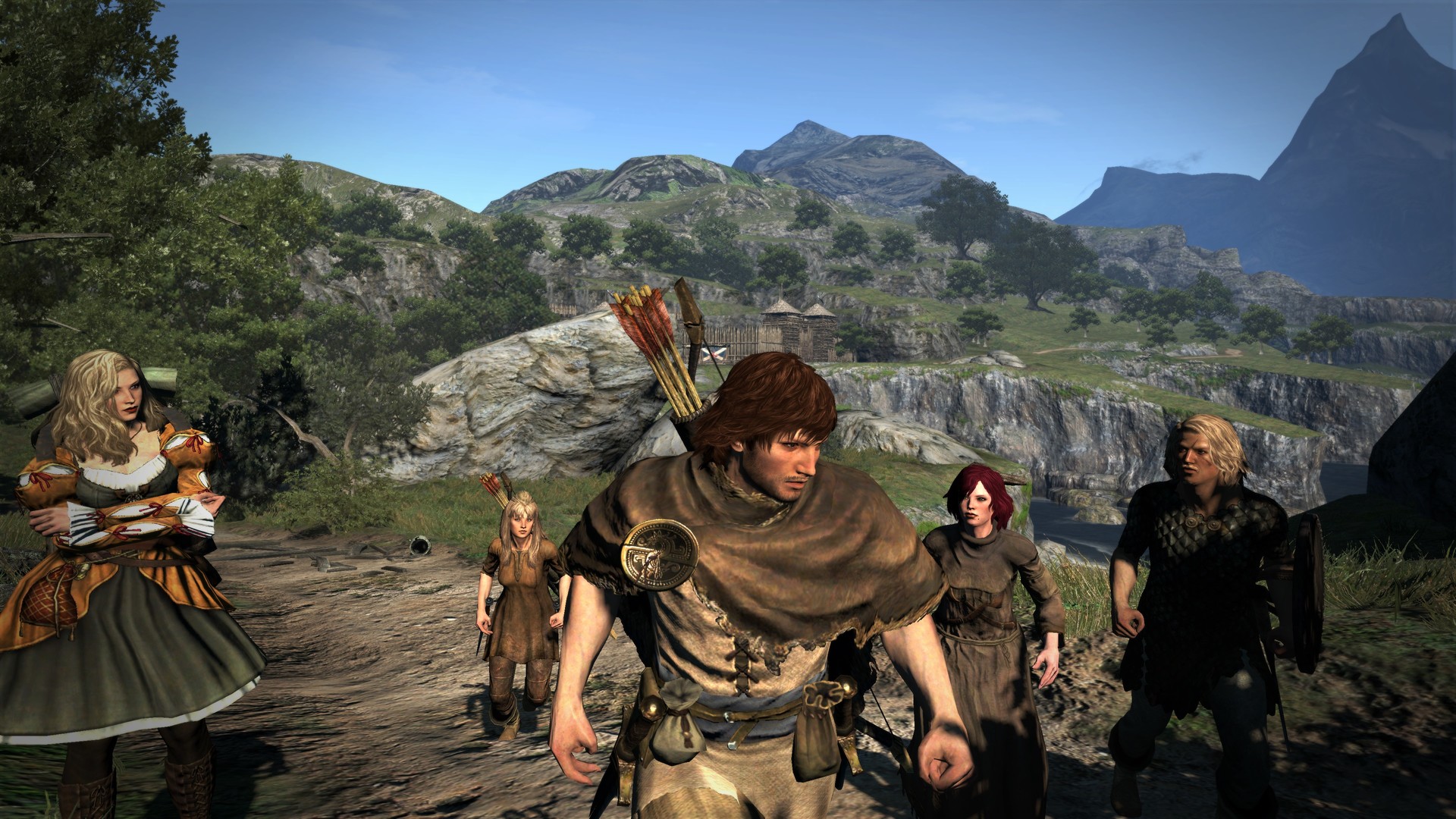 If there’s one thing I’ve noticed over the last couple of years since owning a Nintendo Switch, it’s that a number of releases that have made it into the console, whether they’re new releases or ports of older games, they inherently seem more attractive to play with the Switch’s portable capabilities. There have been many games in the past that I simply glanced past as their content or style didn’t necessarily appeal to me, yet on the Switch, these games seem to take on a whole new persona and intrigue that forces me to take a look. One such game was Capcom’s Dragon’s Dogma: Dark Arisen. Although critically acclaimed, there were, for me, better games that held a more tighter grip on me when it was originally released. However, with its release on the Nintendo Switch, this is now a game that I simply couldn’t wait to get my mits on. Strange isn’t it?

Although originally released back in 2013 on the PS4 and Xbox One, this new version for the Switch is basically the same game. This isn’t a remaster, but a simple port; although it is one that comes with all previously paid DLC and the Dark Arisen update that contains the gruelling dungeons of Bitterblack Isle to test even the most hardened of players. The story revolves around you, the Arisen, a customisable character who succumbs to the power of a dragon that invades the shores of your fishing village. With possession of your heart, the dragon is bound by a mystical power, forcing you to face your fears and confront the mighty beast that takes you across all four corners of the land of Gransys. Although this is the central line of the story, its ever-evolving shape takes you on a journey full of twists, turns and intrigues; as well as facing off with a huge variety of mythical monsters and beast, whose size can scale from the miniscule to the behemoth.

There’s an unprecedented level of depth within this game; one that isn’t immediately apparent when you begin playing. However, as you delve deeper into its world and the lore around it, you begin to open up all manner of options, quests and choices that creates a game that is ever-evolving and presenting new elements within its gameplay for you to learn. These can range from character development which presents different classes that evolve into higher realms, which in turn, creates further abilities and combat moves for you to master. Then there’s the pawns; a group of NPC’s who join you on your quest. The game allows up to three companions to journey alongside you and it’s up to you how you outfit this particular party. 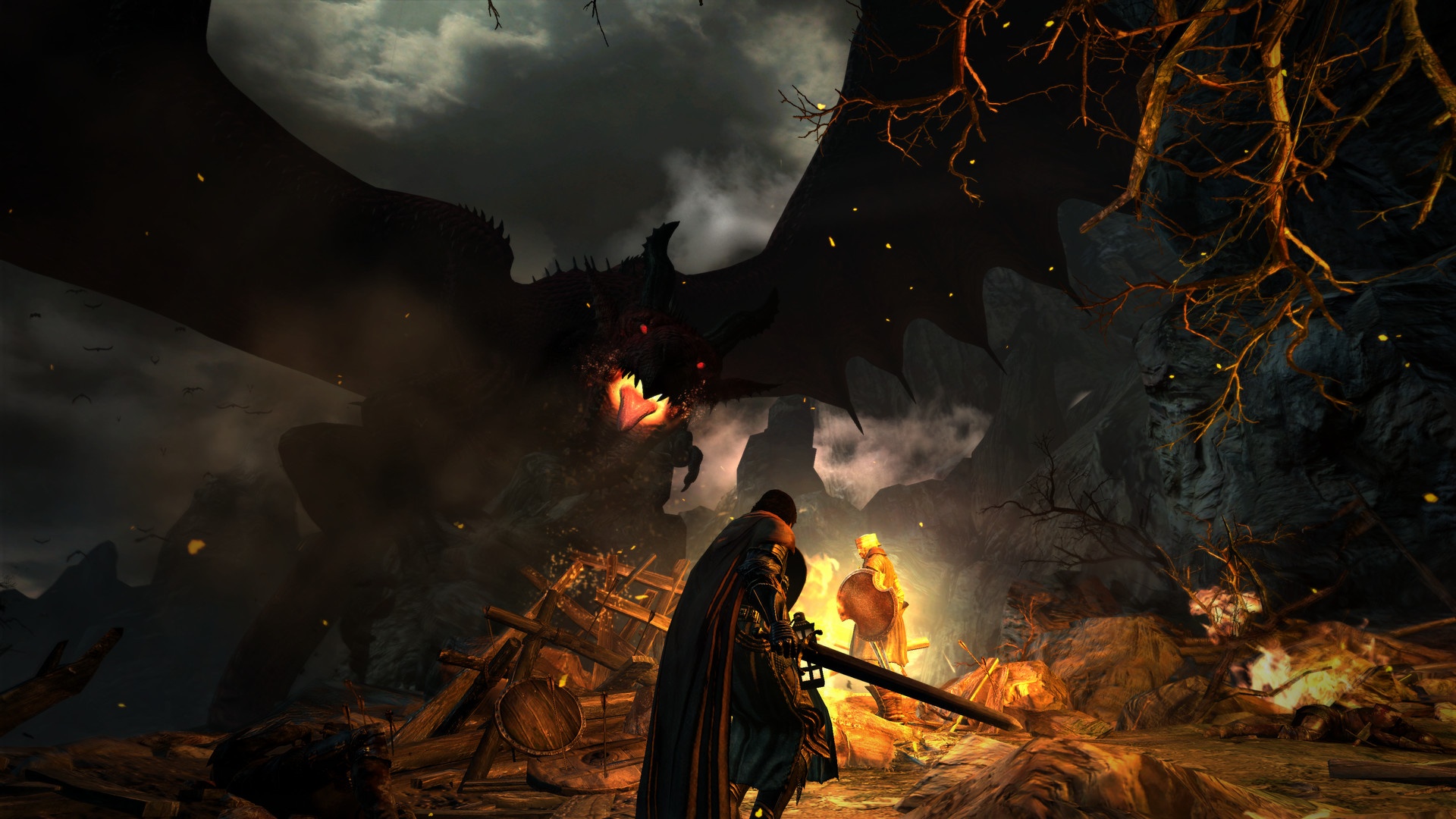 However, the magic of this selection is that pawns are essentially the characters that other players worldwide have created within the game. Using an internet connection, you warp into the ghostly surroundings of another dimension created by the ‘Riftstones’ and, according to level and the amount of Rift Crystals in your possession, choose who you wish to take with you on your journey. You can create a party that is comprised solely of fighters, or mix-and-match to make the best out of all of the classes that are available, such as mages or archers. It’s a very clever premise and one that is constantly updating and evolving, plus it is a realm you need to visit regularly as you level up and need stronger allies or simply want to change the shape of your party to a more effective unit. An online connection isn’t always necessary here either, as the game’s offline selection of pawns is equally fulfilling, although the game doesn’t force you to have purchased a Nintendo Online Subscription to enjoy this function, which is a massive bonus.

The land of Gransys is an impressively large, open-world expanse to explore. There’s no real linearity or guiding light to show you the way here. This is a journey that you can forge out for yourself, as during the early hours of the game, you can lose literally tens of hours from just exploring, interacting and learning about the world around you, as you seek to find a path on which to travel in your journey towards the overriding story arc. Although the graphical presentation of this game hasn’t undergone the remastered facelift as other titles, it’s still a visually impressive treat with detailed locations, gorgeous sunrises and sunsets, day and night cycles and a living, breathing world that is yours to explore. This is more of a game about finding your own way, but once you find that path to set upon, the game grips you in a way that lures you back in over and over again.

The game plays mainly around a large-scale role-playing mechanic. However, it’s a very action-orientated title that contains some genuinely exciting moments of combat; an element of the game that is further bolstered with some impressive fighting mechanics, not just in moves and abilities, but also in the way that your NPC allies work with you in gaining an advantage over whatever foe you may be tasked with facing. Some of these beasts are equally impressive, towering over you and your party in a true sense of scale and size. Each foe requires different strategic styles of fighting too, some having weaknesses that need to exploited or parts of the body that need to be focused on before taking on others and, the jewel in the crown, having the ability to climb upon these huge beasts and scale its form as you repeatedly stab at it, while your party members continue to surround and attack from the ground. 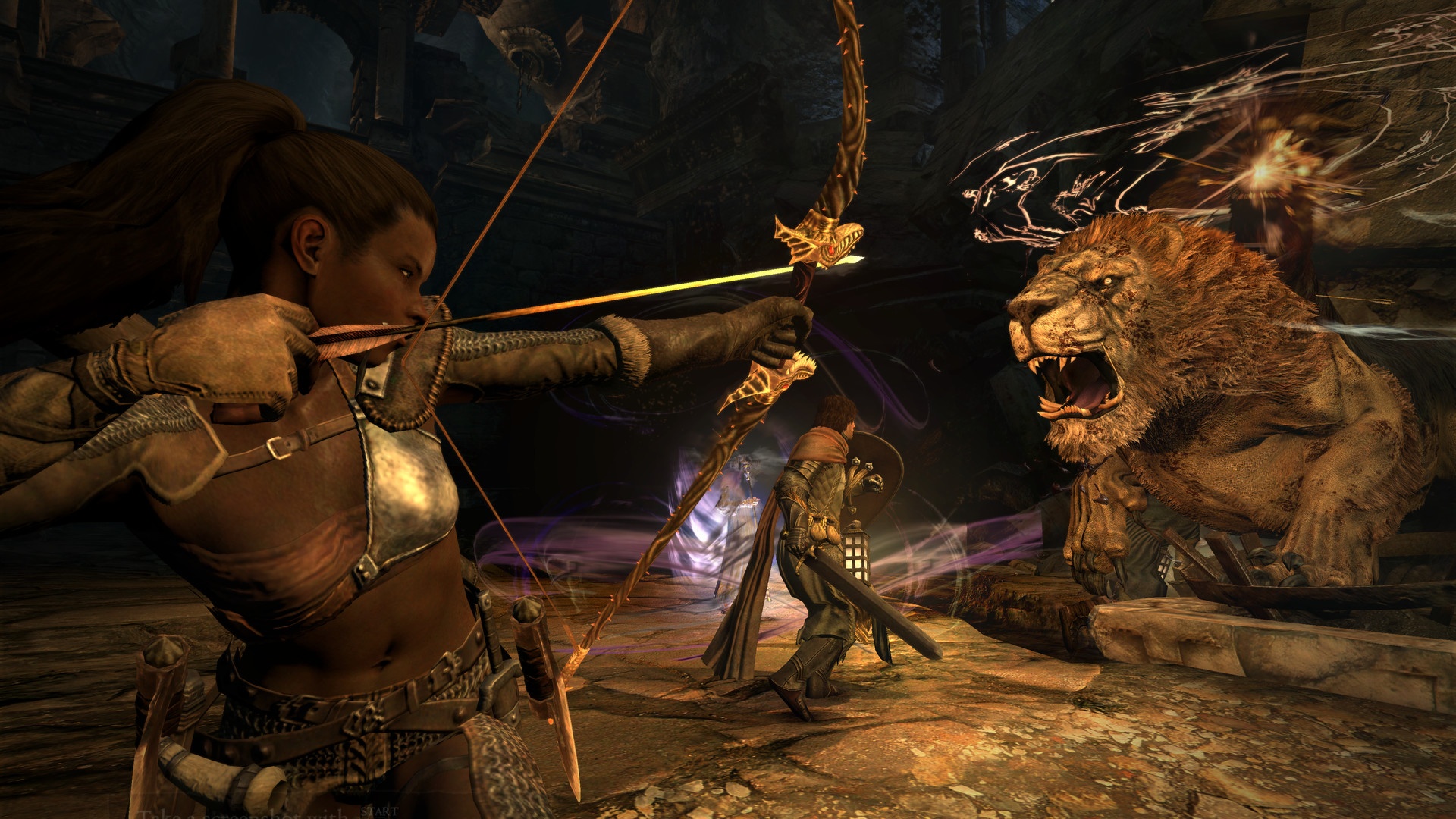 There are so many elements that comprise the overall game, that you’ll always come across something that garners your interest, Whether it be a particularly memorable fight, or an awe-inspiring sight, you’ll constantly be engaged with what the game has to offer. Even chance-meetings with in-game characters can lead to unexpected discoveries, or the growth of your character forcing you learn new moves and create new identities to the base values of your created player. There’s simply too much to list, but it’s this premise that makes the game so enjoyable to play. From the adventure you carve out for yourself to the exploration of the land, there’s always something to lure you back into the game.

Despite its impressive size, the land of Gransys never grows old. Wherever you are, or are journeying too, there is always something lying in wait to discover, from uncharted caves or hidden encampments that you may stumble across, it’s often a rewarding experience to stray from the chosen path and fully explore your surroundings. It’s whole world just feels alive, even if you find yourself within the expanses of open-plains with no-one else in sight. The day and night cycle also plays a crucial role, as during the twilight hours, the land takes on a more dangerous setting, as more creatures come out at night, making Gransys a very dangerous to explore. It forces you to be mindful of your surroundings and the time of day, as should you find yourself stranded in the open during the darkest of nights, you’ll be sure to face a difficult challenge with getting to your overall destination.

Overall, Dragon’s Dogma: Dark Arisen is a game that you can simply lose yourself in. Its scale, level of depth and evolving mechanics produces an ever-changing face to the game and is one that will have you playing for 100+ hours. You’ll always find something new to do or a place to discover every time you play, plus the ability to recruit player-created NPCs to your party, plus superbly executed and impressive combat with mythical beasts produces a realistic setting. There’s even the additional quests of Bitterblack Isle and a New Game plus to take on after completion. There’s certainly no question of its long-term appeal, as well as its abundance of content and playability; producing a game that represents superb value for money upon the Nintendo Switch. It contains lots of smaller elements that satisfy, even down to the ability to show the world map by tapping your mini-map with its touch-screen capabilities. It may be a simple port of a seven-year old game, but its little refinements and wealth of executions have produced what is now, one of the finest examples of role-playing games currently available within the Switch’s library.

Dragon’s Dogma: Dark Arisen rises up to produce one of the most compelling role-players available on the Nintendo Switch.