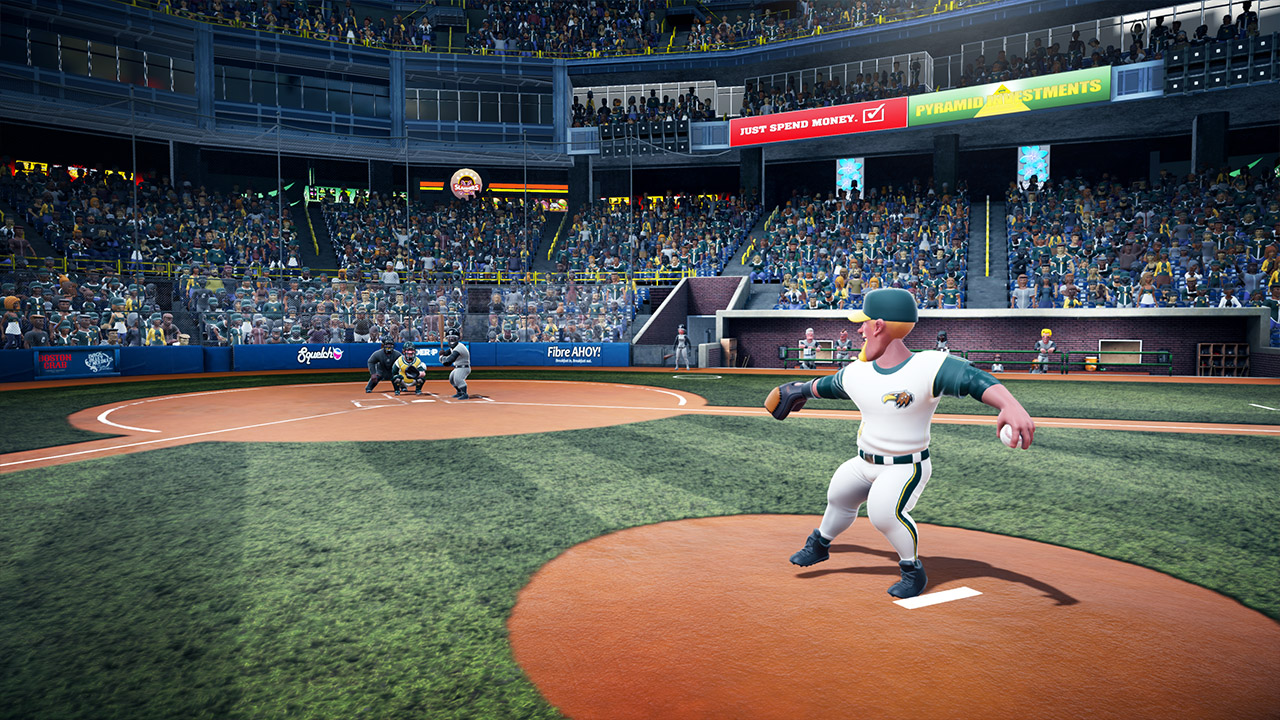 Much like the batter in Baseball, it’s a sporting genre within video gaming that can be a bit hit and miss. The undoubted king of its simulation comes in the form of the MLB: The Show franchises, but if you’re a Switch owner this can be a home run too far as it, so far, has only seen releases on other platforms. Those of us that are owners of Nintendo’s hybrid machine do have the RBI Baseball series of games, which in fairness does give a good representation of the sport, but the omission of online matches and a few shortcomings in its gameplay does end up catching these games out. However, there’s a new batter to take to the field as Metalhead Software’s Super Mega Baseball 2: Ultimate Edition pitches a release onto the Nintendo Switch.

Despite its aesthetical appearance in screenshots and trailers, plus in some respects, its titling, this is no cartoon-capered baseball game with over-the-top moves or special abilities, as when you begin to play and delve into the depths of its gameplay, you soon begin to realise that this is, in fact, a game that holds an astonishing level of physicality and depth to produce one of the most realistic simulations of its sport that I’ve ever seen. In essence, what you get here is a marriage between arcade accessibility and serious simulation, producing a game that contains a number of delightful nuances that makes it an absolute pleasure to play.

There’s a number of play modes to satisfy every possible way in which to play the game. There’s a quick-play Exhibition mode, the Pennant Race, which is essentially the online multiplayer on dedicated servers, an Elimination tournament and the Full Season. There’s no licensing here though, although all of its modes are fully customisable from innings to playoff’s and even the ability to fully customise the teams and their rosters. The Ego system makes a welcome return from its first iteration, which is essentially a difficulty scale that numbers from zero to one-hundred; allowing you to tailor make your own experience and cater for your own playing ability. 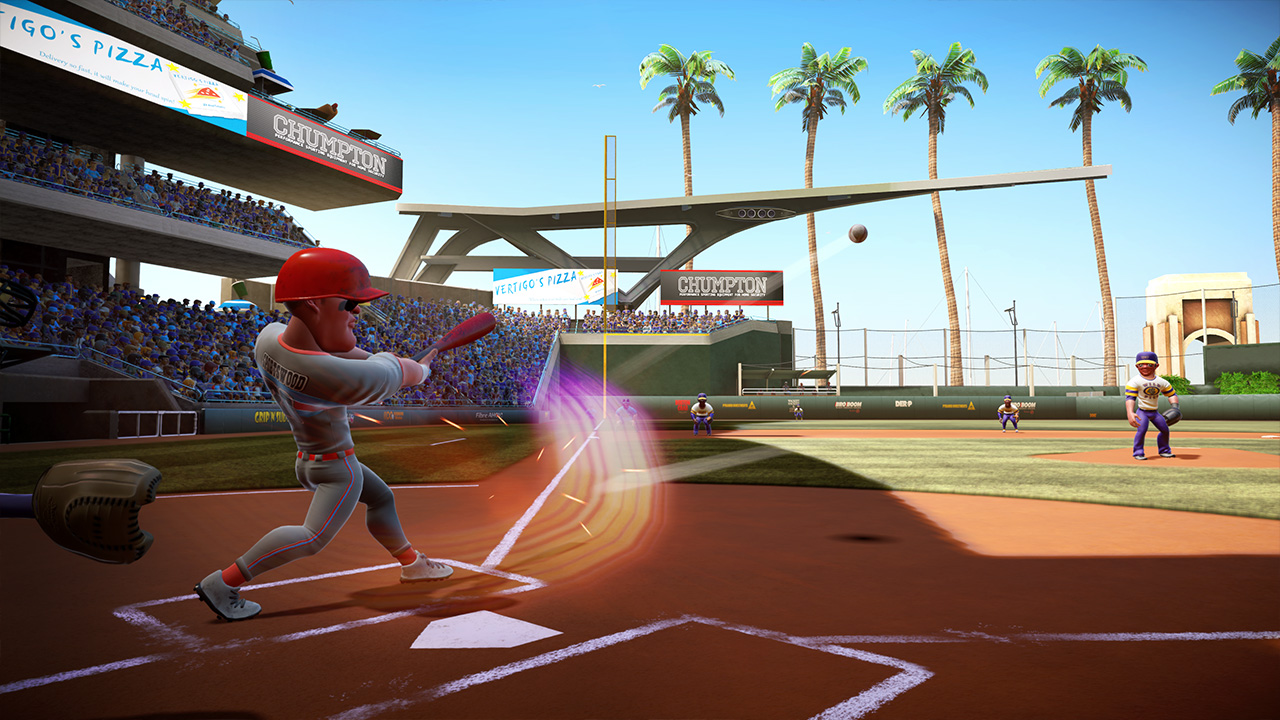 The real beauty of the game lies within its playing mechanics though, with a physics engine that perfectly replicates the behaviour of the ball. How you strike the ball determines its trajectory in a very satisfying way. Hit the inside curve-ball or simply bunt the bowl and the ball corresponds accordingly. Get that sweet spot though, and boy does it fly. There’s a real level of depth here that requires experimentation, but in this respect, it’s a mechanic that really adds to the game. The game also shines in its ability to field, often the failing mechanic in any game of this sort. However, here it simply feels natural with base designating throws, dives, jumps and catches feeling easily implemented. Team management is also well portrayed, with each player housing a series of stats that reflect the players fatigue and strength as you play.

All of these functions add to produce a game that feels as good as playing the sport of baseball for real. Swing too early or bowl too low and even smacking the ball on that sweet spot never feels random or lucky. It’s all down to your own skill and how much you have learnt from the game within its own mechanics. However, one area where the game falters is its lack of any meaningful tutorial to help new players to the genre. Although the Ego difficulty system does help to bring players along, most of its instructional material comes in the form of a glossary that outlines specific functions, but it’s only through prolonged play that you truly begin to pick up how to play the game properly. In some ways, it can add to the game as learning all of its mechanics and seeing the fruits of your labour can be a fulfilling experience. 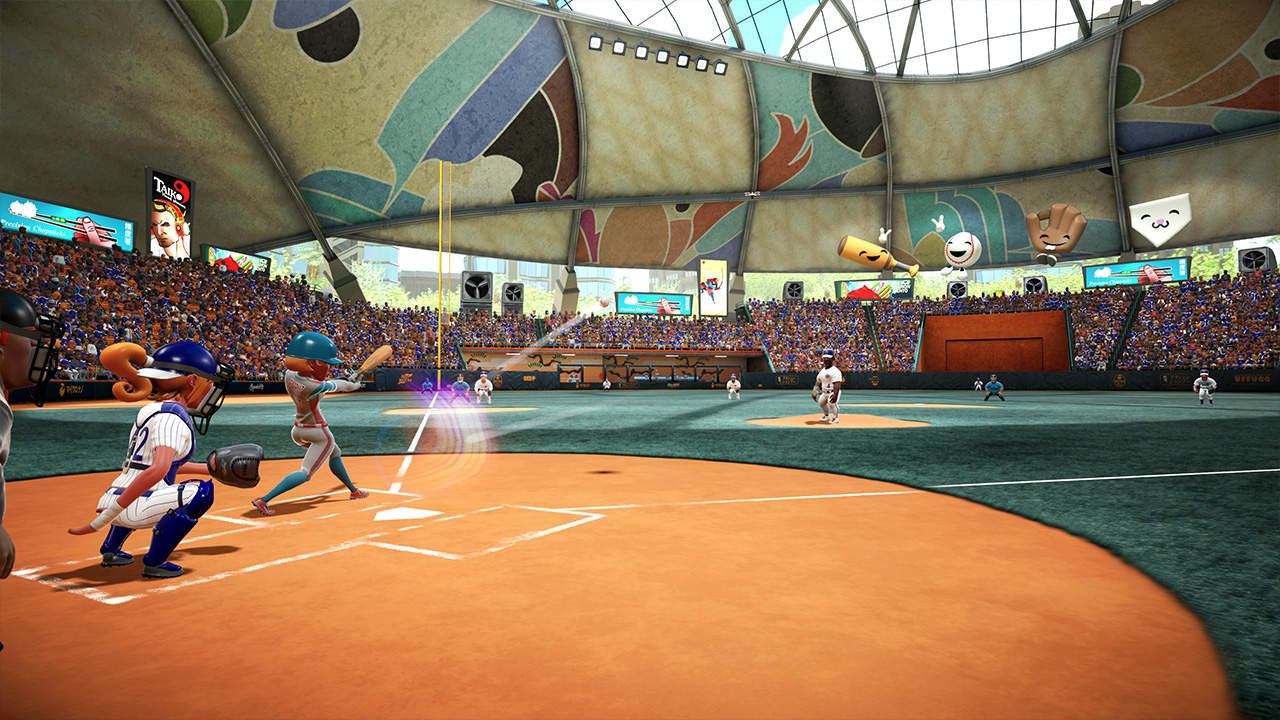 Performance-wise, this is game that runs at a steady sixty-frames-per-second, creating a smoothness to the controls and its functions whether you play handheld or with the Switch docked. Add this to the immersive qualities of its atmospheric presentations and you simply end up with a game that, not only feels good to play, but also looks the part too. This is particularly important with the games local multiplayer capacity, allowing you and a friend to play with split joy-cons on a shared screen, which loses none of its performance and shows no signs of slow down in whatever mode you play; whether co-operatively or competitively, something which also carries over to its online component too.

This ‘Ulitmate Edition’ of the game also comes with everything that has been released on other platforms since the game’s release last year. This includes two extra stadia to play in, The El Viejo and Red Rock Park, which are very welcome additions that helps to boost its limited playing arenas. The game also comes with a whole host of extra customisation features should you wish to create your very own home-made team. Apart from the extra stadia, these inclusions don’t really add anything extra to the game or within its playing mechanics, but are still welcome nonetheless as it allows for more options in particular fields.

Overall, Super Mega Baseball 2: Ultimate Edition provides the best baseball experience currently available on the Switch. Everything that it offers, from its eye-pleasing presentations to its realistic physics and team-management to complete customisation, provides a wealth of options to make sure the game is tailored to your own specific requirements. Its lack of license may disappoint some, but in all honesty, I didn’t feel that it degraded the game in any way; although if you are that way inclined, you can easily add your own personalisation to create a full and realistic roster. The game’s lack of any meaningful tutorial can produce a steep learning curve to newcomers of the genre, but in reality, it’s an easy game to pick up through prolonged play and ultimately, ends up to be completely satisfying in all that it does. In simple terms, this is a baseball game that hits all the right bases and scores a definite home-run that sends it high above the Switch’s stadium of games.