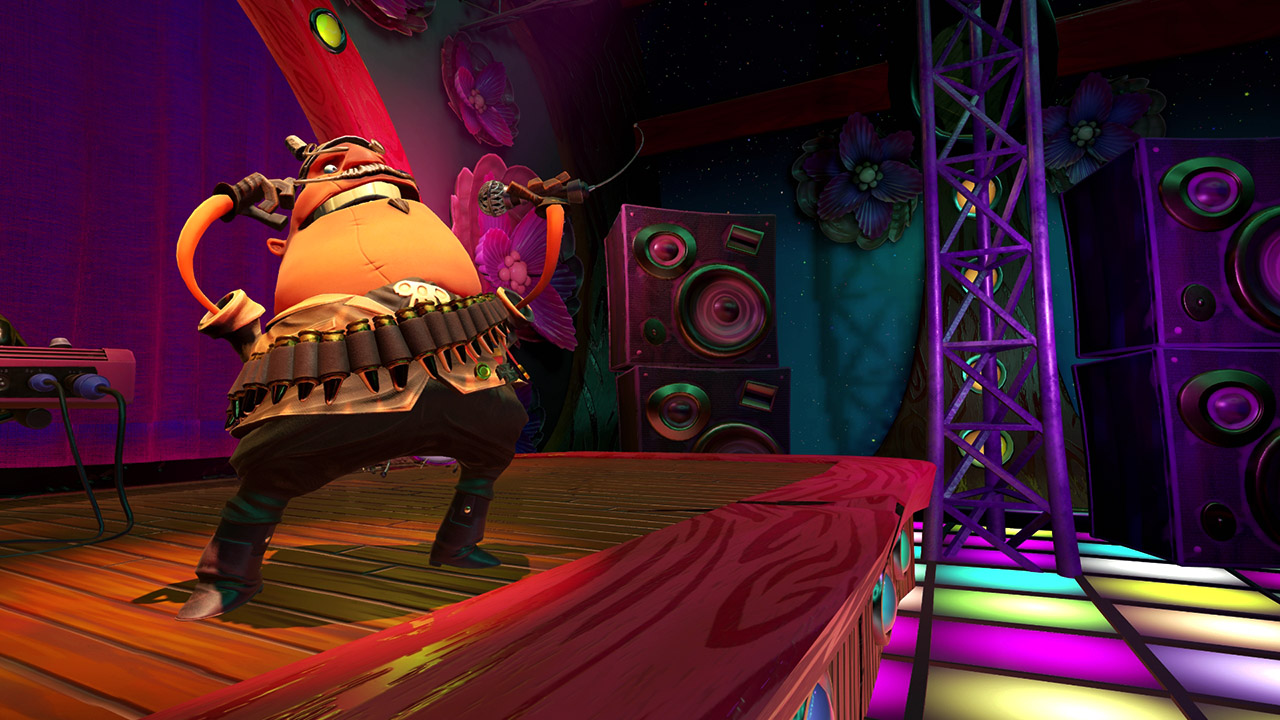 The Psychonauts franchise is finally back after a fourteen year hiatus. Psychonauts in the Rhombus of Ruin brings back all of the classic characters for a new adventure in virtual reality. While originally dropping as a PSVR exclusive the game has recently been ported over to the PC.

Psychonauts in the Rhombus of Ruin emphasizes the new VR playstyle with impressive graphics which are on par with many modern hits. Double Fine has done justice to this cult classic creating a beautiful experience with each scene being different than the last, punctuated by the ability to see each environment through different character’s perspectives. The team created a completely immersive experience revolving completely around non-mobile characters, a definite risk in their development, however, it pays off immaculately with breathtaking visuals and impressive audio. 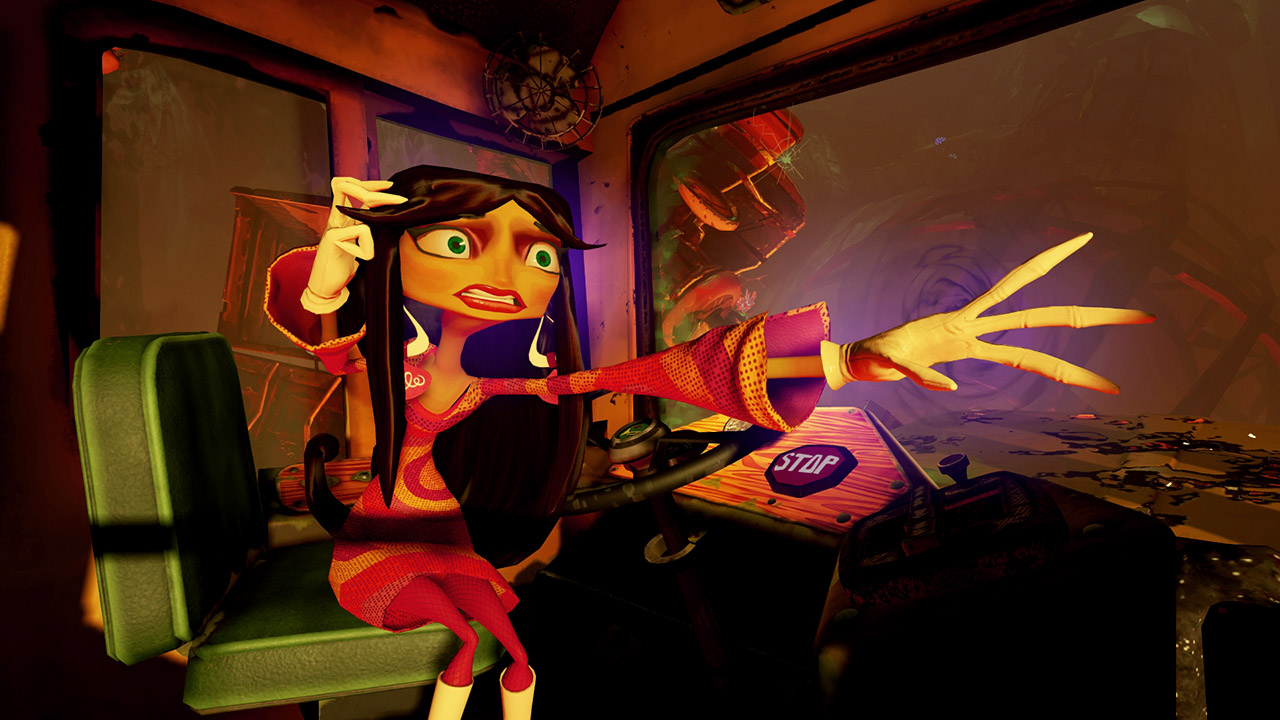 Upon loading the game the player is immediately dropped into Raz’s perspective as he awakens tied to a chair in the same chamber that Zanetto is being held in, resuming where the story left off in the original Psychonauts with Raz now being a recognized Psychonaut. Razputin (Raz) is tasked with a new adventure to travel through minds and cyberspace as he fights to save his friends, and Zanetto, from their hallucinatory capture. The first ability the player starts with is called clairvoyance, which serves as the means of movement by channeling Raz into other characters around the environment. This allows the player to observe the environment from different perspectives which opens the options for approaching puzzles and gameplay in particular perspectives that help to emphasize the larger world you find yourself in. I felt like this was an interesting take on VR movement that both made sense from a control and narrative standpoint which greatly improved my immersion when compared to similar VR titles that have forced and clunky movement controls. Coupled with his clairvoyance Raz now also sports the ability of pyrokinesis which allows him to manipulate fire in order to solve puzzles and advance the story. Using these skills you will work your way across the Sea of Junk saving your comrades from the hallucinogenic spell plaguing them. As you progress closer to The Bermuda Triangle (the site of The Rhombus of Ruin) you will face intensive challenges that will both frustrate and elucidate feelings of immense catharsis upon advancement.

Psychonauts in the Rhombus of Ruin brings to mind games such as The Witness, in the ways in which perspective is used to solve the puzzles and see the larger picture that the game is trying to depict. Herein lies the one major fault I found with the game. Similar to The Witness, the content that was there was incredibly immersive and pushed the boundaries of contemporary design and storytelling. 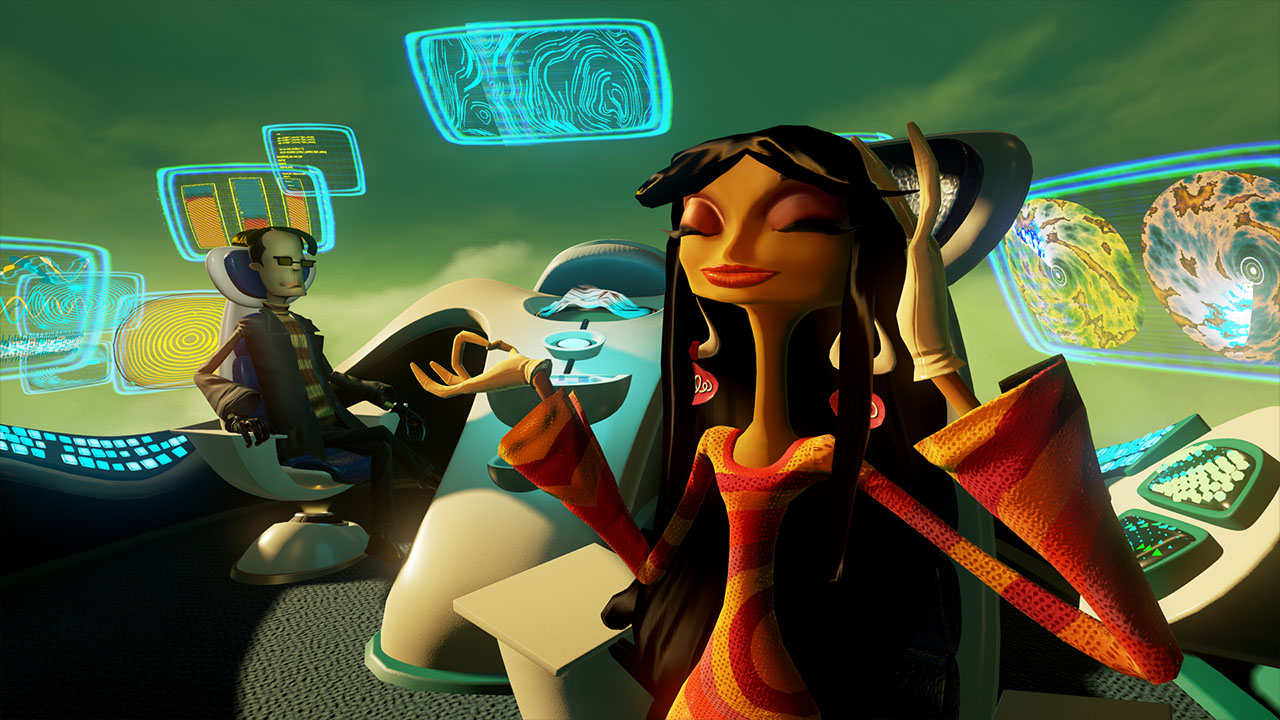 However, I felt that Psychonauts in the Rhombus of Ruin was too short, and that the it could have greatly benefited from expanding the story and giving more credence to certain sections as I was able to beat the entire game within about an hour. As the player progresses through the sea of junk in their pursuit of the Rhombus of Ruin the difficulty increases and can be difficult to keep up with, especially for those new to VR environments, but it manages to stay fresh throughout and provide new action in each new scene.

Overall, I feel like Psychonauts in the Rhombus of Ruin contains a VR experience that should be enjoyed as you progress throughout. The one mistake that I feel that I made with my playthrough was not paying enough attention to the small details that highlight the environment. Upon my second review I noticed a myriad of different things that I had missed during my first playthrough where my focus was held on what was immediately in front of me. The humor that has become synonymous with the series returns in all of its glory and pushed a fair amount of laughter from me, even on subsequent playthroughs.

Psychonauts in The Rhombus of Ruin Review

Psychonauts in the Rhombus of Ruin emphasizes the new VR playstyle with impressive graphics which are on par with many modern hits.

Tyler Johnson no longer writes for Bonus Stage. We would like to thank him for contributing 3 Reviews during his trial period with us. Reviewers are an essential part of Bonus Stage and therefore we sincerely appreciate all contributions from reviewers/writers who in-turn help to contribute to Bonus Stage's success. We wish him every success with his next venture.