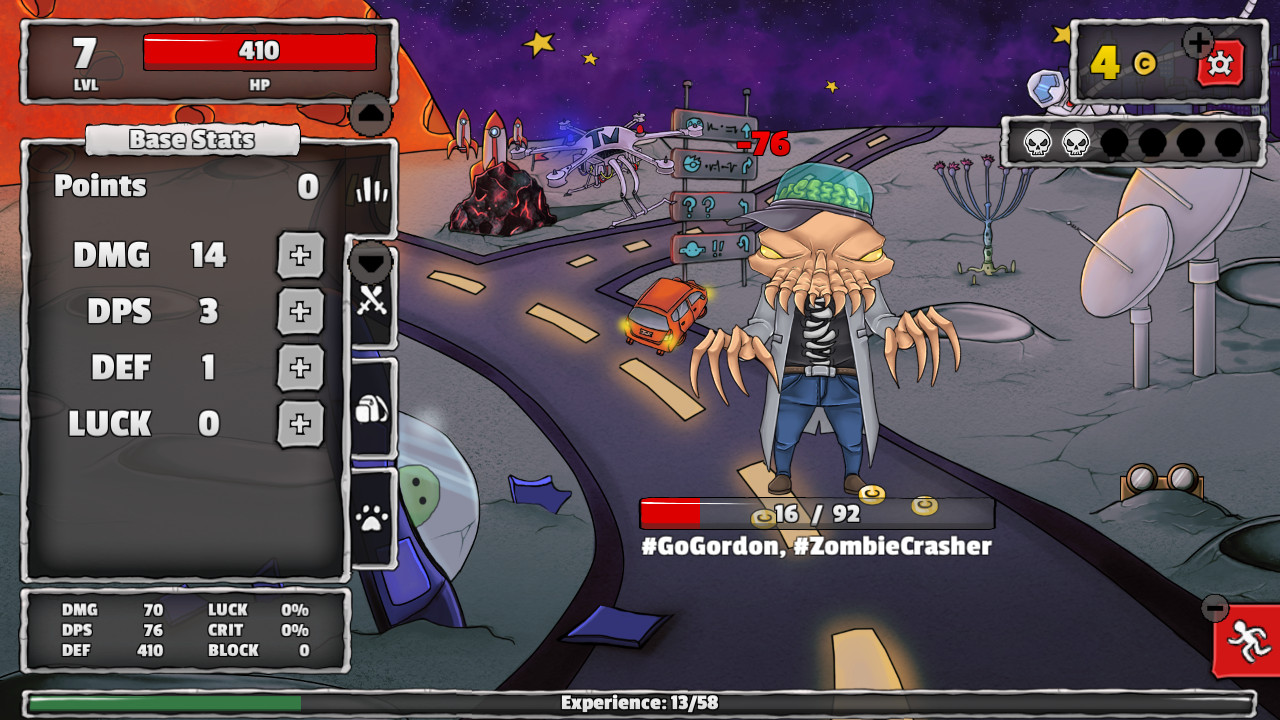 Clicker games are an interesting concept; especially with its genre gaining in popularity over recent years. Often referred to as ‘incremental’ or ‘idle’ games, the whole premise around their mechanics is a simple one: continuously click the screen or a button to gain a reward and then rinse and repeat until you build yourself up to a more higher efficiency and unlock more lucrative components, hence the incremental label. Some of these games can also contain an element that allows them to play themselves, leaving you free to do other things while you reap the rewards, hence the idle. They can come in a number of guises and make an ideal casual game for people who lack the time to fully invest themselves into video gaming.

The latest of such games comes in the form of Ultimate Games’ and Cleversan Software’s Epic Clicker Journey on the Nintendo Switch. This clicker title contains a number of role playing elements that sees you travelling to twenty mysterious lands in order to eradicate these locations of an infestation of monster types. The game is viewed from a first-person perspective, but one that plays on a static screen. By that, I mean you don’t physically move around the landscapes, but simply tap repeatedly on the animated characters that appear before you. Each level contains a pre-requisite number of enemies that need to be vanquished before you can embark onto the next location.

The role-playing element of the gameplay comes in the form of statistical data that determines your hit points, defensive stats, damage per second and amount of luck. You can also equip yourself with weapons, armour and shields; all of which can be upgraded through levels. In order to maintain a level of effectiveness, you are awarded XP from your encounters and can pick up gold that is dropped by each enemy type. This in turn allows you to increase your stats and buy levels for your equipment. However, you can also purchase and unlock extra items from an in-game store with your gold, or acquire items from a golden loot box that appears at the end of each battle. 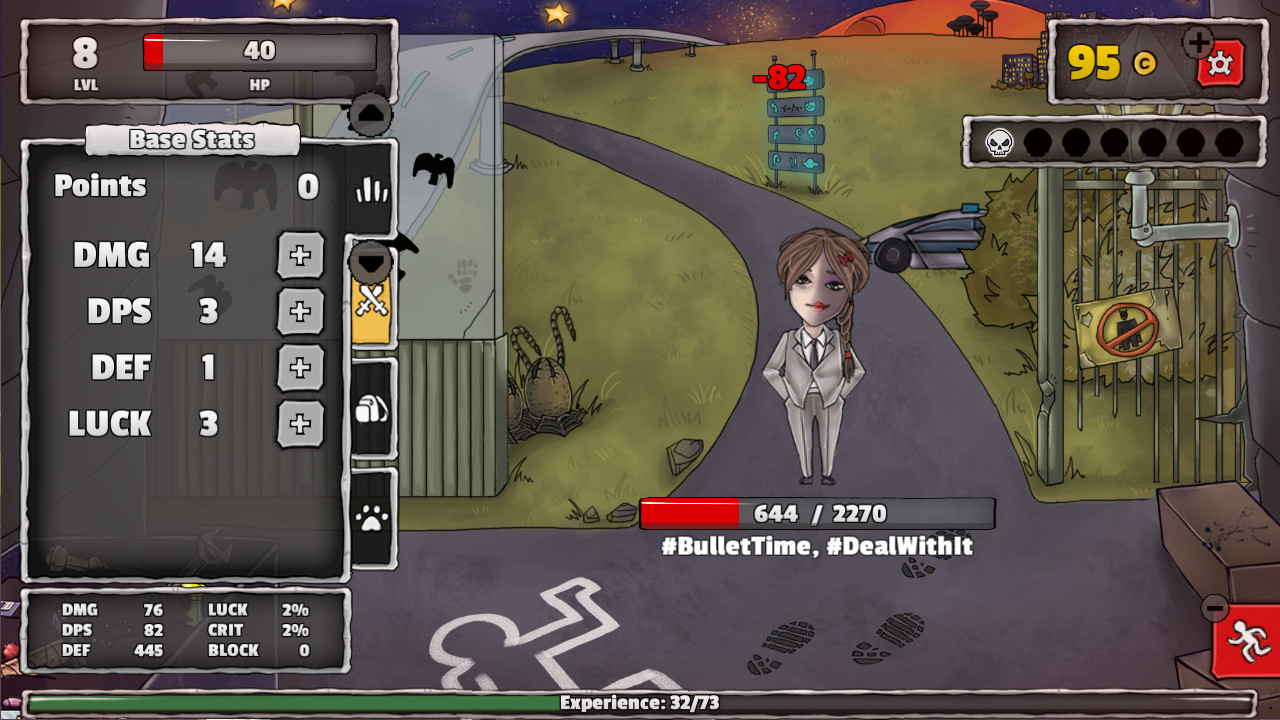 These extra items can appear in the form of helpful buffs, equipment variations and abilities that can take advantage of a number of weaknesses that each individual may posses. With every encounter you come across, your opponent is labelled with a number of hashtags. If you posses an item that marries up with the same hashtag, you can activate its ability to substantially increase your offensive power. Although the main premise of the game is simply to click away, there are a number of elements that work concurrently which need to focused on too. These obviously range from upgrading your levels and stats, weapons, armours and shields, as well as watching out for items that can pinpoint an enemy’s weakness.

With this in mind, there’s always plenty going on on-screen; making this more than just a standard clicker. In order to click away, the game takes full advantage of the Switch’s touch-screen capability, although you can also utilise the click with the use of the ZL and ZR shoulder buttons. In fact, by clicking both buttons independently from each other and in quick succession, you can double the speed of your clicks than if using the touch-screen solely. Progression is an important element, for as you play through the levels, the health of each opponent ramps up significantly, as does the damage that they dish out to you too. Maintaining a good level of offensive capability is vital, as is your defensive ability of shielding.

Once all the enemy characters have been disposed of in a level, you then progress to a world map where you can choose your next location. However, some of these can be locked behind a need to find keys; some of which can be dropped by enemies or found within loot boxes. Should you find yourself short though, you can buy extra keys from the in-game shop, as well as a host of other items such as health regenerating potions and more. Once each location within the world map has been completed, you then move on to the second level; which is basically the same map and levels, but with harder mobs to dispose of. However, its also within these elements that the game begins to falter somewhat with a mechanic that resembles a free-to-play game, or f2P, that relies on micro-transactions, but contains none. 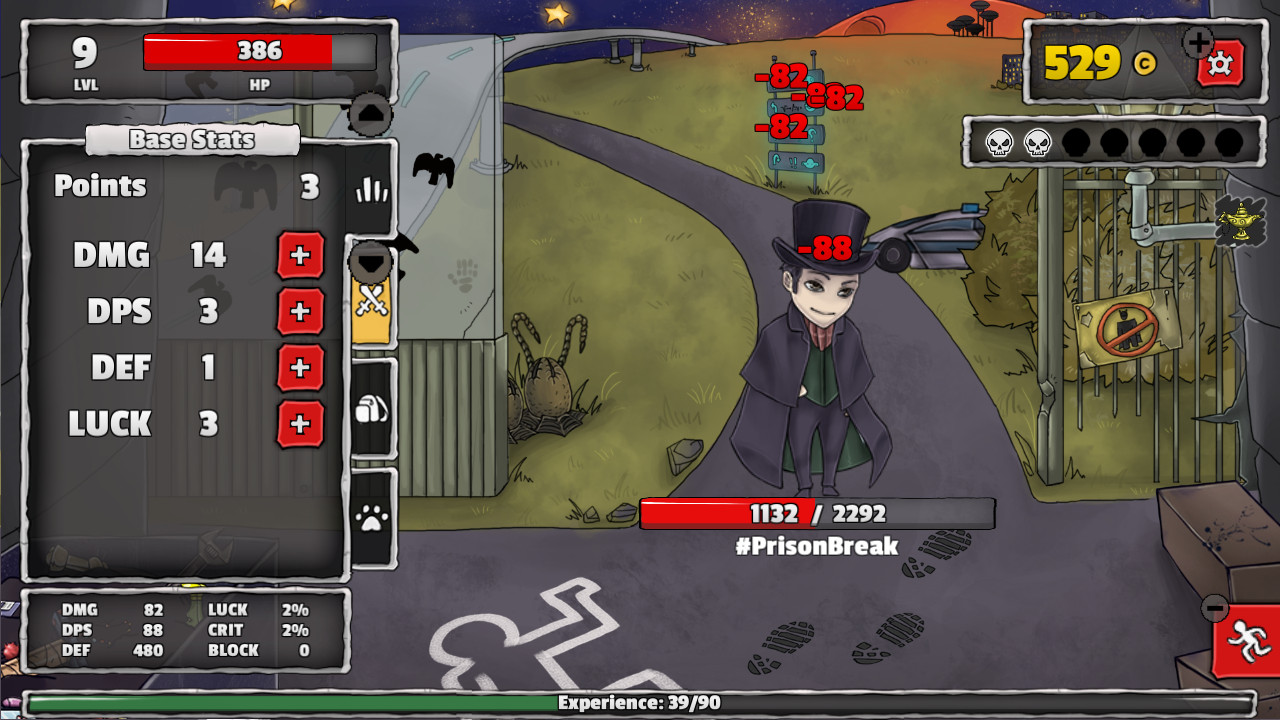 Many of the items found within the in-game shop are priced within a range that is difficult to acquire through normal play. Because of this, the need to grind levels over and over again becomes a part of the gameplay. However, with your added stats of offensive and defensive capabilities, replaying these earlier levels rarely cause a problem and do allow you to accrue some satisfactory levels of gold to spend. You can also choose to sell items found within loot boxes to go towards this total should they be duplicates or unwanted abilities. The world map also contains a dungeon styled level that tasks you with fighting increasingly difficult mob types until your health is reduced to zero, this too, can be a quick-fire way to accrue funds and items. The problem here though, is the constant grind and the constant clicking soon becomes tiresome and ultimately, uninteresting.

This is further highlighted by a regenerating health bar that takes time to fill back to full health. It can be an excruciating experience waiting for you health to maximise; especially later in the game when you’ve built your health points up to a larger total. A steep spike in difficulty also makes this apparent when you reach the second level of play, as the enemy types become over-powered, forcing you go back to the first level in order to continue grinding until you have reached a satisfactory level with which to advance. Unfortunately, its a mechanic that comes part and parcel with clicker games, as the element in increments soon hits a brick wall and its need to grind grows stale quickly.

Overall, Epic Clicker Journey isn’t a bad little game, at least in terms of its genre. It’s an ideal premise for casual players and even younger audiences, although I do feel that some of the content and mechanics of this particular game may not be suitable for younger kids. Its role-playing elements and constant need to be aware of other elements, rather than constantly clicking, does make the game more interesting. However, its difficulty spikes, overpriced store and constant grind do override these features. For me though, it’s biggest downfall comes in the fact that this is a F2P game on the Steam platform, albeit one with micro-transactions, but it also comes with a multiplayer element which isn’t here on this Switch version. Although it’s pocket-money pricing on the eShop is still good value, it’s still a game that grows tiresome more quickly than my out-clicked fingers and thumbs.

Epic Clicker Journey offers an interesting take on the Clicker genre, but unfortunately, its journey ends up far from being epic.