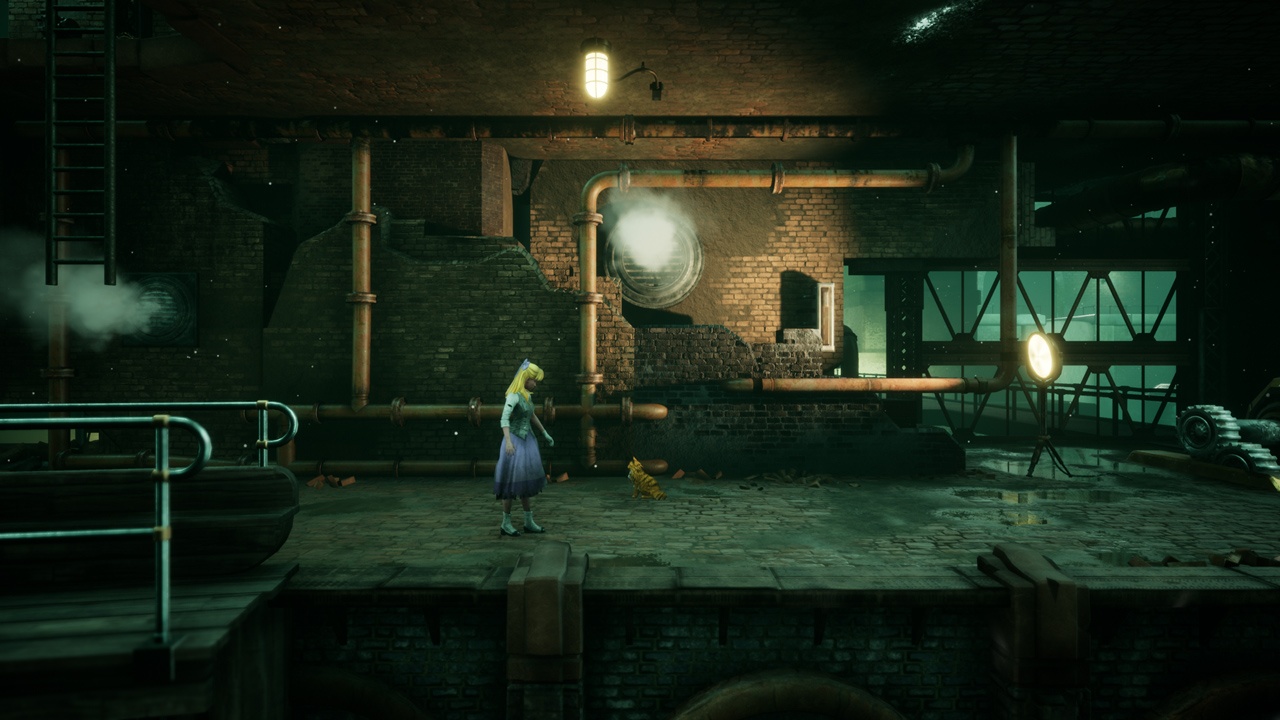 Developed by Lunar Great Wall Studios and Published by Fish Eagle, Another Sight will transport you from the streets of 1900s London, into a steampunk-esque Alice in Wonderland type of environment. Playing as Kit, you must navigate yourself through this newly discovered environment in search of her missing Father. However there is a twist, Kit has lost her sight, and can only be aided by her feline companion Hodge.

Another Sight is a puzzle based game, and thus lots of its gameplay involves solving said puzzles (Obviously). You will switch back and forth between Kit and Hodge in order to progress, some tasks will only require Kit, tasks such as pulling leavers or pushing heavy objects, whereas some tasks will require Hodge, e.g. to jump from ledge to ledge in pursuit of something to aid to Kit. This game really gave me PlayStation 2 vibes, and perhaps that is due to it being a 2.5D platformer, which were all I really played as child. Now unlike many other puzzle games, the gameplay very rarely feels stagnant, and for the most part is enjoyable. As you progress throughout this Wonderland type setting, you’ll find the puzzles change too, in order to correspond with said environment, this ensures they stay fresh and engaging. 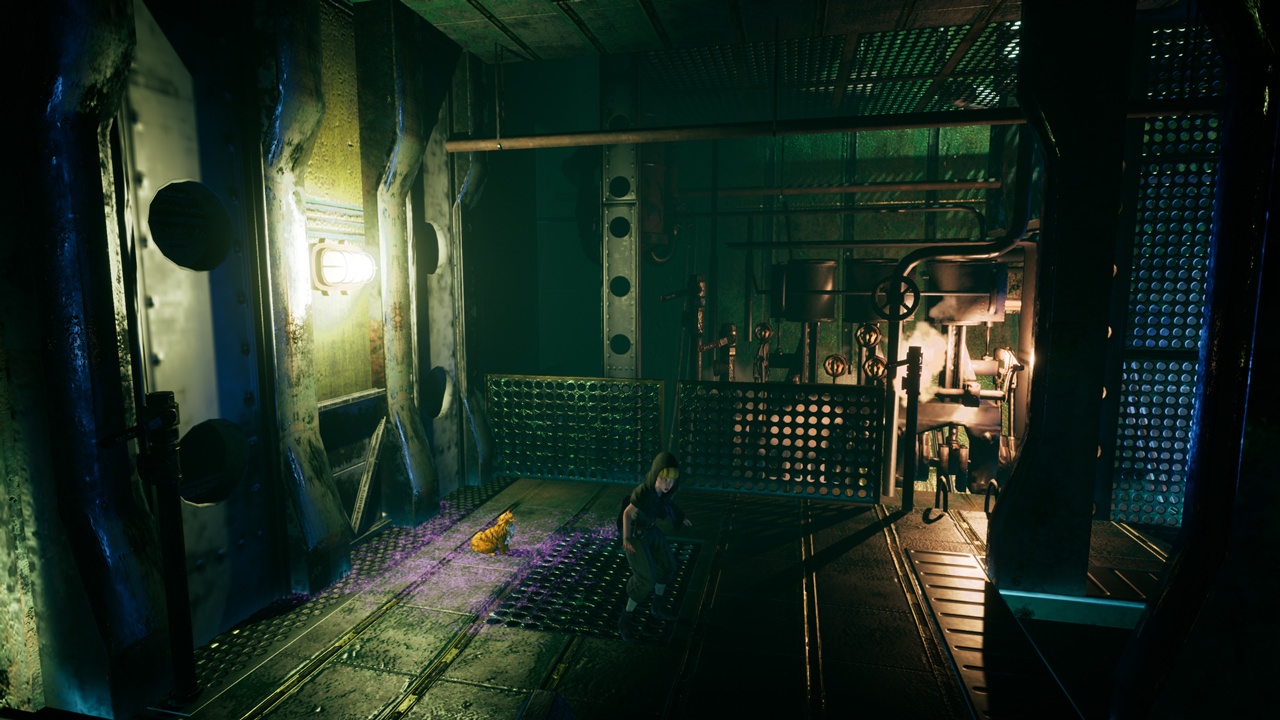 As I previously mentioned in the brief introduction, there is a twist to the game, Kit has lost her sight, which makes her portions of the game a little more challenging than that of Hodge’s. The gameplay differs visually in the following ways, when playing as Kit everything is darker, with the only source of light being the purple glow, that surrounds her at all times. However, Kit can receive some additional lighting with the help of Hodge, who’s meows will illuminate the screen for a brief second and allow Kit to find her way, or complete a task that requires more light. This is all due to the fact that Kit sees through the sounds around her, and whenever there is a louder sound, such as a falling object or a passing vehicle, then Kit’s screen will lighten for this too. However because Hodge can see and acts as Kit’s eyes, the game will not darken the screen whilst playing as him, and you should be able to see your entire surroundings. I personally found playing as Hodge more entertaining, simply because Kit’s movement is so weighted down by her loss of sight. Whilst I am aware that is the whole purpose of the game and in large part is what makes it challenging, it does become somewhat frustrating that Kit can’t even walk at a slightly faster pace, and will always be walking super slow, but that really is a nit-pick.

If I did have to find fault with the game’s narrative, it would be that at times it does feel somewhat repetitive. This may sound contradictory to what I’ve just wrote about the gameplay, so allow me to explain. Whilst the gameplay consistently evolves and changes, the story simply does not. During her quest to find her Father, Kit bumps into several famous figures, one after the other in a seemingly never ending line of recognisable names and faces. This is what I didn’t enjoy, because the first two times caught me by surprise and were rather enjoyable, as I wondered how these characters would seek to move the game’s plot along, however they very rarely did and the same sort of repetitiveness grew tiresome after a while, and I simply wanted the story to progress. 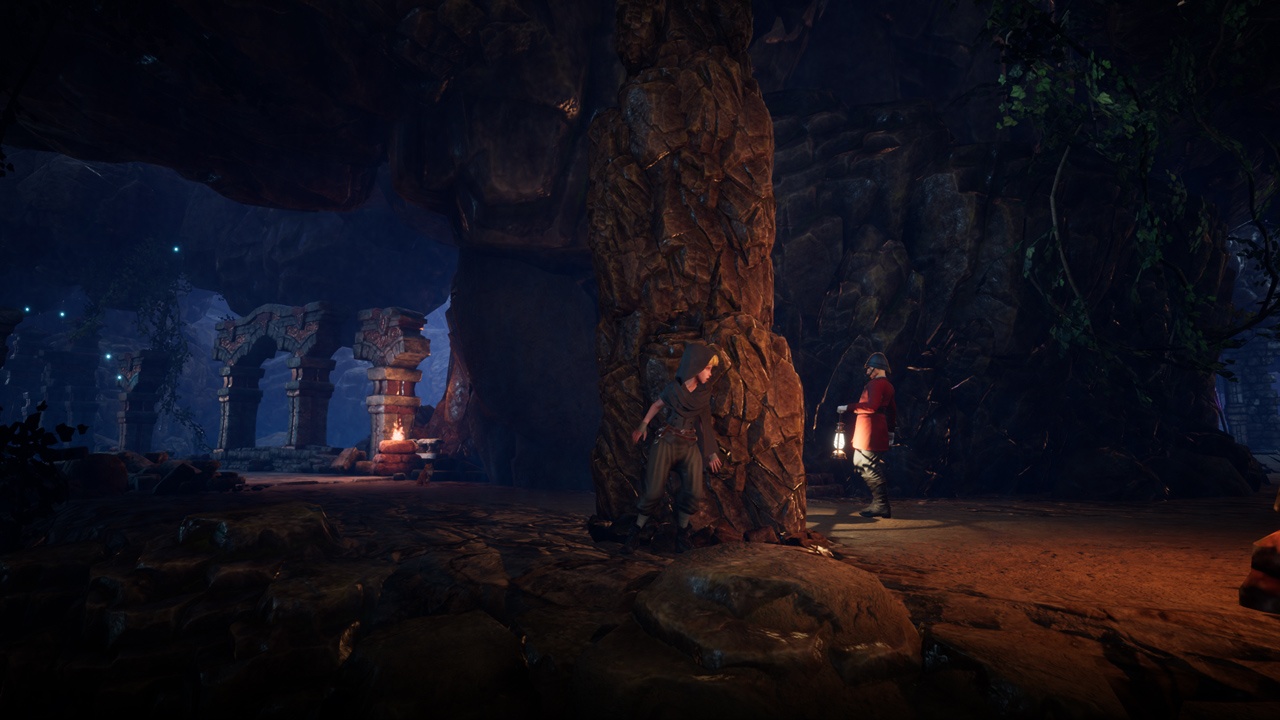 However, something I don’t have to nit-pick at is the game’s graphics and design, because simply put they are BEAUTIFUL. Whilst I am constantly amazed by how well indie companies develop their graphics (look at my past reviews for evidence) this completely blew me out of the water. Everything is designed so impeccably that had I not known this was an indie game, I would assume it was an AAA title, if a slightly dated one. From the design alone, it is very easy to tell that they drew inspiration from their source material (Alice in Wonderland) and there are a few nice little nods towards the famous along the way, which I personally enjoy as a massive literature-buff. Honestly, I cannot find any fault, and truly commend everyone at Lunar Great Wall Studios for developing such a beautiful game.

One final critique would be the voice-acting. Now whilst I am certainly no actor, and thus can’t really judge people regarding this, however at times Kit’s voice is so gratingly posh that it’s sometimes too much for me to handle. Perhaps that’s the Northern coming out of me, but I just found it to be somewhat cringe worthy, but again who am I to judge?

Overall, I would highly recommend Another Sight to anyone who enjoys puzzle games or who has a love for anything Wonderland related. Another Sight was a fun way to spend a few evenings, and I found myself enjoying it far more than I initially thought I would. The game currently retails at £25.00, which I do think is somewhat steep for the game itself, perhaps wait for it to lower in price during the sales, but again that’s just my personal opinion.

Join Kit and Hodge on an adventure through a steampunk labyrinth!