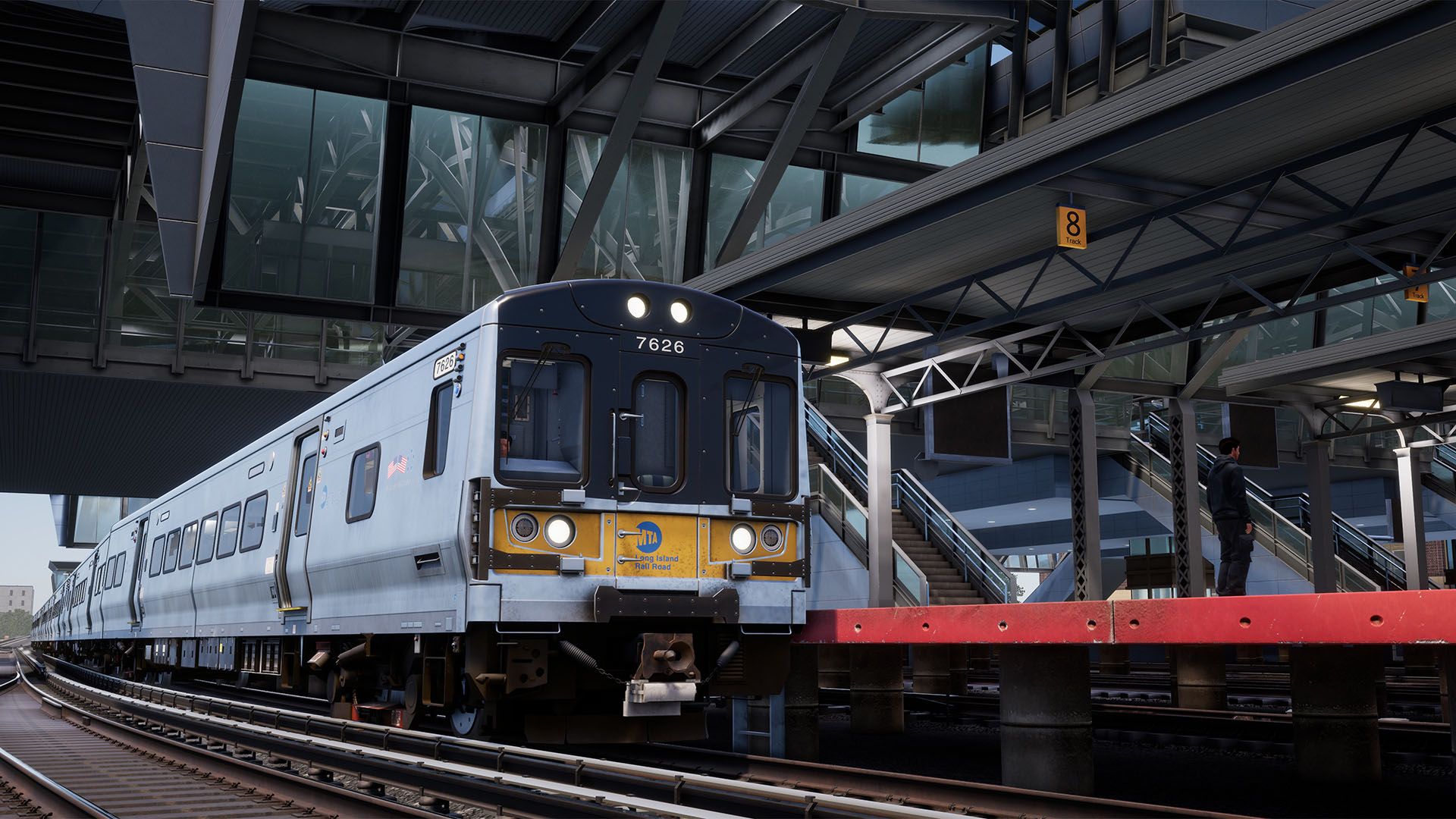 It is time for a nice relaxing time on the tracks. This week I tried my hand at taking control of some trains and tried to make sure that people arrived where they needed to in time. This week I got to play Train World 2020 by Dovetail Games. Having played and enjoyed the likes of Euro and American truck simulators, I am interested to see how this plays. Would it have different things to focus on other than driving the trains?

Within Train World 2020 your purpose is to make sure that you are able to deliver passengers and more to the set locations along the route. There are tutorials to help you understand how each of the trains you will be driving operate. There is, however, a weirdness to this. When you go through the tutorials and learn everything, then go onto a scenario, or do one of the routes from the timetable, it seems that you end up missing some of things that you learnt. You learn how to get the train running from turning it on, to setting it up in the tutorial, however when you do anything outside of a tutorial, you don’t have to do some of the set up procedures.

Not only that, it seems that the tutorials can be somewhat lacking. There were many switches and buttons that I could still interact with, but then nothing in the tutorial to say what it is some of these do, or when they would be used. It would have been nice if there were a couple of tutorials to go through detailing some of the other things within the trains, allowing the player to learn more as and when they need to in game.

Within Train world simulator 2020 you can also just be a passenger, meaning that you are able to just relax on one of the trains as it goes along a route. You are able to find little things along the route. Little collectables of sorts if you will. Clearly however the main part of the game is actually driving the trains for yourself.

The trains are easy enough to handle, and before selecting a route that you wish to take you can set how you want the weather. This is another thing that like in some other games that have weather, it does not seem to make any difference. I was hoping that a change in weather would affect braking, or if you would be required to slow down more often or something. It is just one of those things that have slightly annoyed me in games, when they have weather effects yet it seems not to alter anything much. 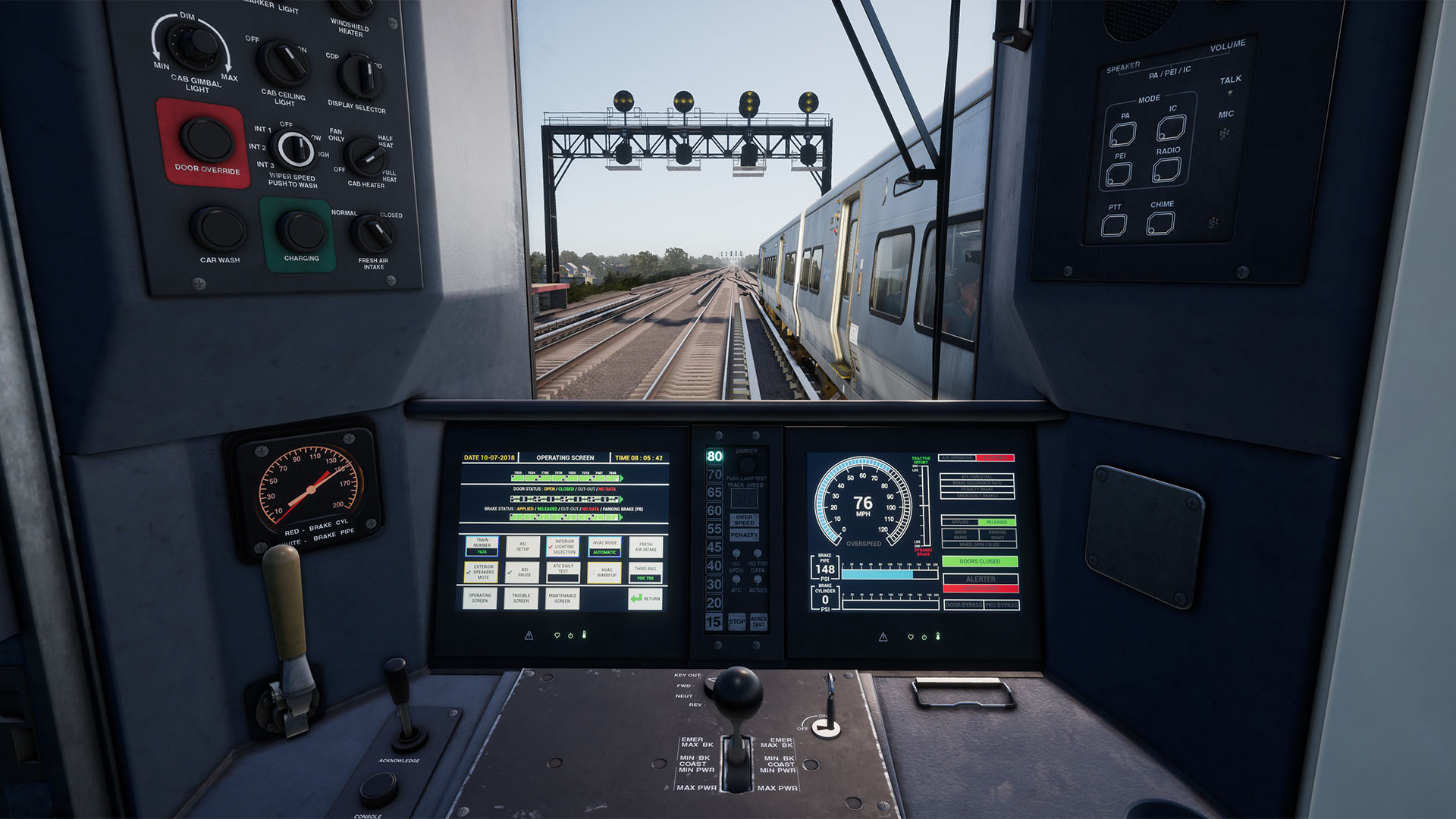 Another thing that Train World Simulator 2020 seems not to do that I think would have been a nice little touch, that hasn’t happened yet for me at least, is to have some random events happen. I played one route a couple of times, the weather never seemed to change and there was never a time when the lights were different.

The game looks decent to be fair, standard simulator graphics if you will. The trains have a nice bit of detail in the drivers cabin, however outside is another story, basic kind of graphics, and what is more, step out of your drivers cabin, and walk through the passenger cabins… and well you may notice that there are very limited character models. You may see the same character model sitting opposite each other, and across from each other.

Trains World also seems empty when pulling into stations, with only having a few people standing on a platform, it never seemed busy, or anything really. Yet it seems to take a long time for people to board. Again, walking through your passenger carriages it would be nice to have seen them full, help add something to the world, and make it feel more alive.

As a simulator, I don’t know, it seemed to be missing things that could have made it more in depth. Earning exp to level up but I never noticed any real reason for it, no benefits. It is not just that either, it is also going over the speed limit or you turning up late. I never seem to feel that there was a sense of importance to make sure that I got to places on time. Now it might have been that I was never late enough. It is just that games like Euro/American truck simulator, when playing those I felt the need to follow the rules, make sure I arrived on time, in ordered to build a reputation, and make sure I earned the most amount of money. I think that if Train World had something like that in it then it would have added something more to the world. I would have been more inclined to make sure that I followed the speed limits, got to the stations on time. A simple level up and unlock better trains would have been nice.

Now I think it needs to be said that it seems that this game has a bit of DLC for it, new routes and trains, and well I cannot help but think that maybe this may end up being a pricey game when/ if you end up wanting to buy everything that is out, and who knows how much more would be added. For me at the moment I am happy with the base game, as a bit of relaxation. 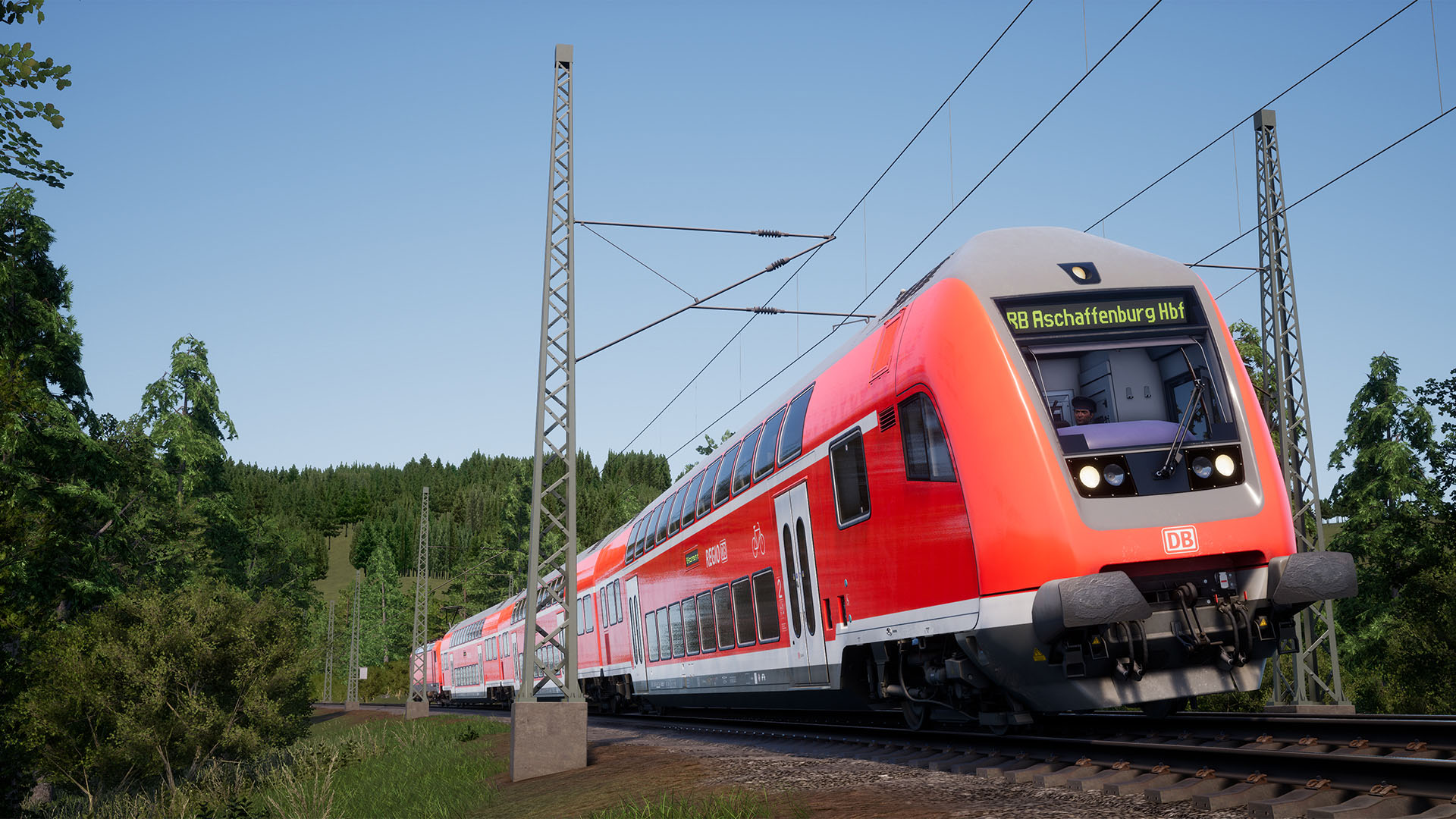 The controls for the Train world are fairly simple, as the main controls that you will use will be linked to the shoulder buttons on the controller. The trains seem to control in a nice realistic manner, the time it takes to speed up or slow down can vary depending on the train, and is yet to be something that I have mastered. When turning the camera however it seems a little sensitive to start with, but as stated early on, it is not something really to worry about as most of your time will be spent sitting down with you looking out of the front window.

The sound of the trains can be rather relaxing as you travel from one stop to another. However the rest of the world kind of seems empty. For example pulling into a London station just sounds life less, hardly any sound to suggest that a huge station would be more full of life.

Overall I can’t help feel that this maybe one of those cases where possible the minimum in turns of simulation has been done. Train World seems to do what it needs to to a certain degree, and I have a feeling that people who are maybe more familiar with either the series or other train sim games, may feel it is just getting by.

For someone wanting to see what these games are about then in my opinion it seems to be a nice entry level game. It needs to do more with the stations. Make the bigger stations feel more alive, more people waiting for the train. Make me feel like it is vital that I get to the stops on time. Make me want to earn exp, and let me spend it on something, like new trains, or routes for areas.

Train World seems to do what it needs to a certain degree, and I have a feeling that people who are maybe more familiar with either the series or other train sim games, may feel it is just getting by.