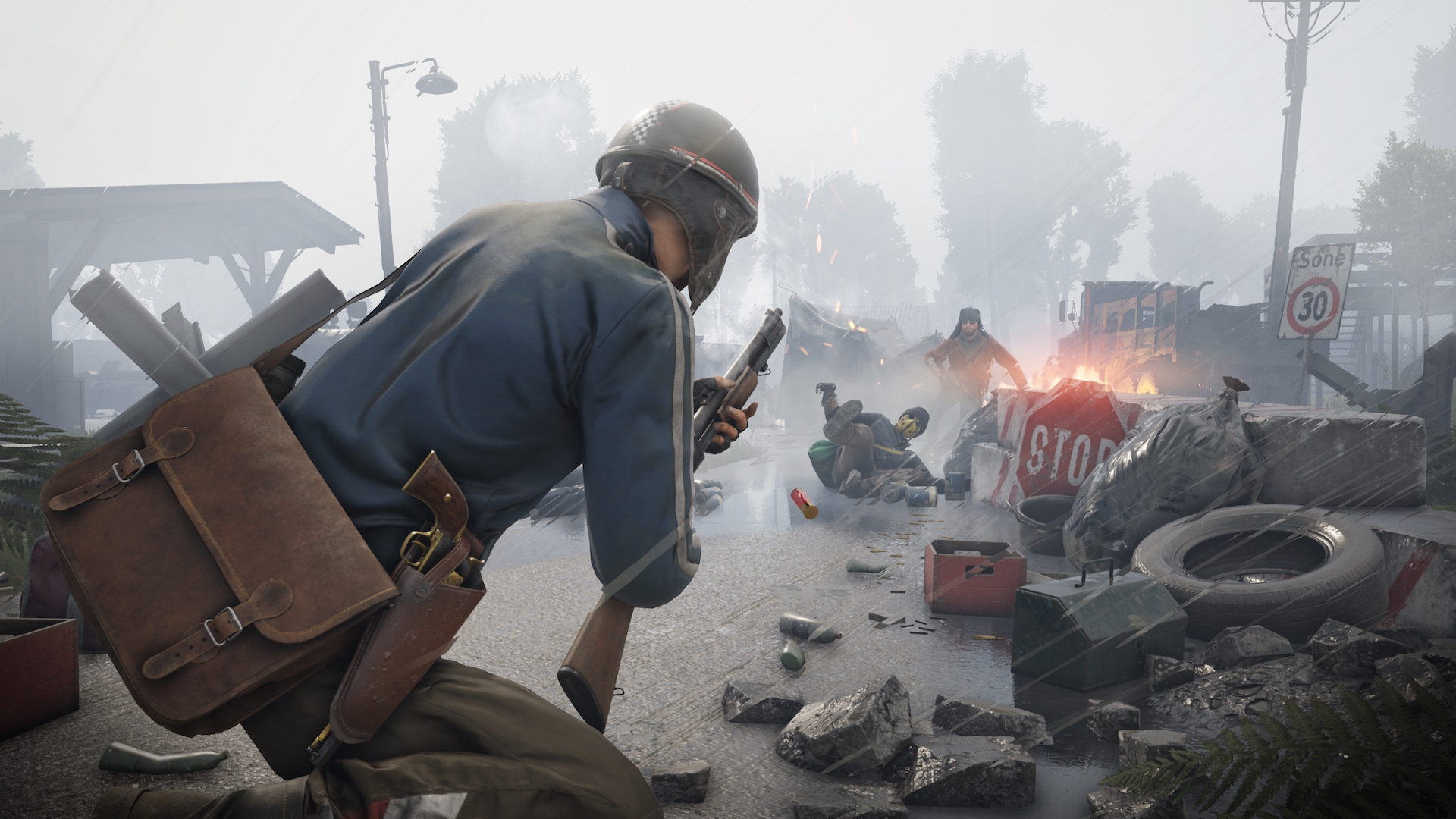 There was once a time in video gaming when F2P, or Free-to-Play games were free to download and play, but often required an expense in micro-transactions in order to get the most out of the title. However, micro-transactions have always been an unpopular method of gaming and with recent governmental investigations and corporate decisions, this style of play is beginning to counteract against the companies that develop them. This has resulted in a shift in the way that these games are presented, with many modern titles containing micro-transactions that offer cosmetic changes rather than a gameplay-enhancing mechanic; and these games are all the more better for it. The latest of such titles comes in the form of Bohemia Interactive’s Vigor as it exclusively releases on the Xbox One.

Made by the team responsible for Day-Z and spending five years in development, Vigor now sees a full release after spending some time as a preview title. This F2P game places you in the shoes of an Outlander; a survivor from a nuclear conflict that has laid to waste the continent of Europe, who now seeks refuge within the neutral plains of Norway. However, you are not alone, as other Outlanders have descended on the post-apocalyptic country in order to start new lives, build a home for themselves and survive amongst the most harshest of conditions. Primarily a third-person combat and survival game, Vigor tasks you with exploring certain regions within Norway, as you scramble for much needed supplies and loot in order to develop your shelter and build better gear to ensure your survival of the fittest.

Following a brief tutorial that introduces you to the core mechanics of the game, you acquire a run-down shelter which becomes your home-base for the duration of the game. From here, you can practice shooting on a firing-range, configure your loadout and enter a series of maps in order to venture out and collect supplies. The main premise of the game involves building up a stockpile of supplies in order to upgrade your shelter to a more liveable environment. This in turn, opens up further options such as crafting better gear and weaponry to provide a better chance of surviving the wasteland and getting your hands on better loot. This is achieved by exploring a number of regions as you loot abandoned vehicles, sheds and the interior of once lived-in buildings. However, each area also houses other players in search of the same things as you. 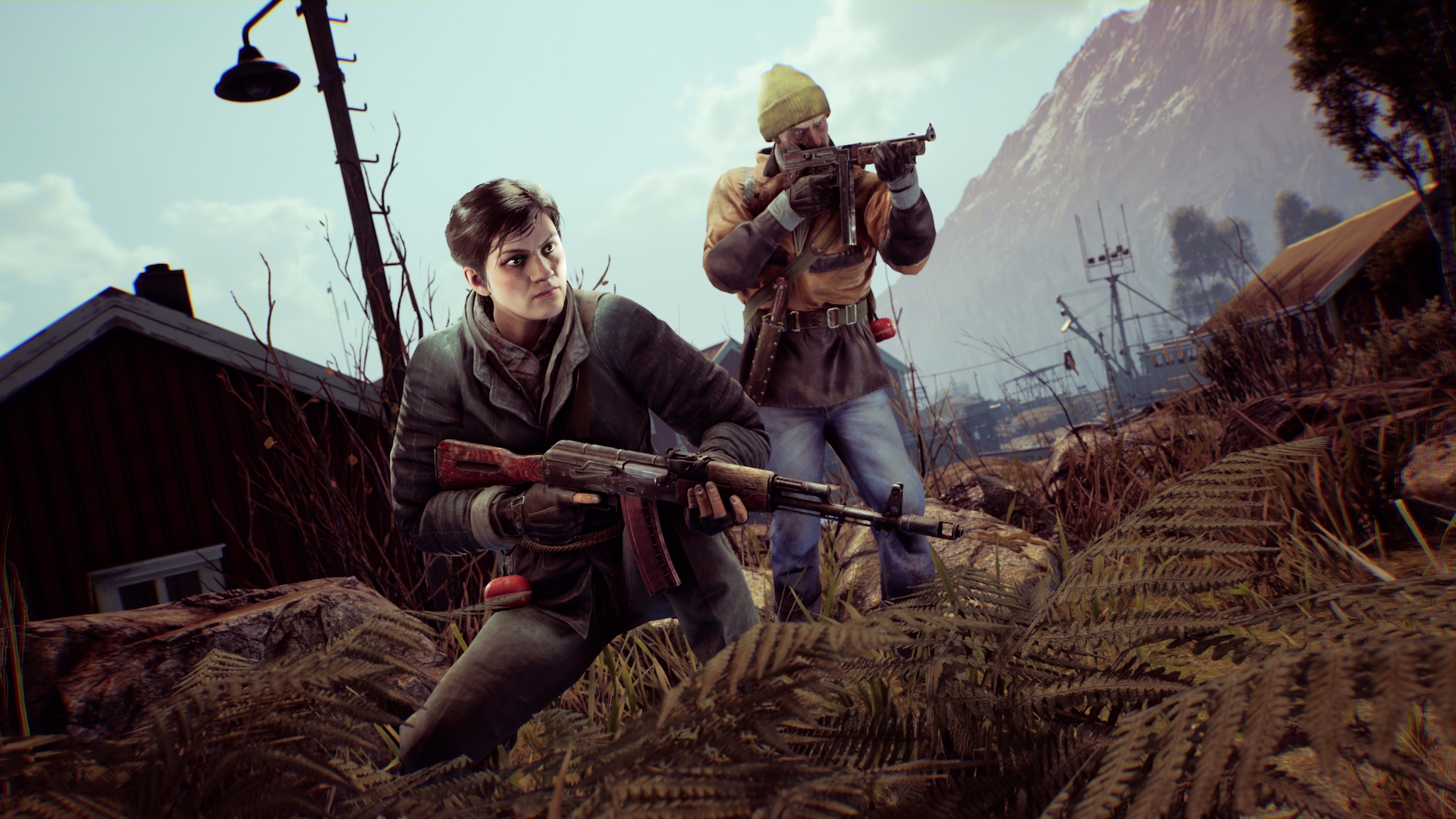 In a multiplayer-only setting, each map caters for up to sixteen players within a boundaried district of Norway. There’s a nice variety of landscapes on offer here, with some superbly designed maps that encourages exploration and stealth as each of you search for much needed supplies. The beauty of this game lies in its tension, as you creep around the landscapes in search of useful items, whilst trying to avoid the attention of other players. You’re faced with a series of options should you come across another player. Do you stay out of sight or do you engage them in order to steal whatever loot they may have acquired? Because should you die, you lose everything that you may have found within the field, including your weapons and supplies that were needed to upgrade your shelter. However, to safeguard against this, during each of the pre-game lobbies, you can choose to buy a series of options, with in-game currency, from the ability to find better and rarer loot to the ability to purchase an insurance premium which allows you to keep your weaponry should you find yourself down the wrong end of a gun barrel.

It makes for a nice change of pace of your usual run-and-gun affair often associated with online-multiplayer games and plays in a similar fashion to The Division’s PvP zones. The lure of loot provides an addictive quality to the gameplay and the tension of avoiding any contact ramps up the atmosphere within each location. The game can be played in a number of ways, giving you the choice of accruing loot and escaping the map as soon as possible, or by hunting out other players for easy pickings and last, but not least, by waiting for a lucrative air drop in order to try and help yourself to the most valuable loot.

Each of the levels are nicely laid out with a map that highlights all of the key elements within the landscapes. Buildings and pathways are easily distinguishable, as are a series of escape routes that are dotted around the edge of the map; whilst a large circle denotes the approximation of the where the next air drop will land. To keep things fresh, every time you enter a map, the variables of loot placements and air drops are randomised, plus you never know who you’re entering the field with; whether they are players who set out to hunt you down or are just there to loot what they can and get out as fast as possible. You also never know just how many players are left whilst in the map. This all adds to produce an unprecedented level of tension as you play; one that is largely unmatched by many other games. 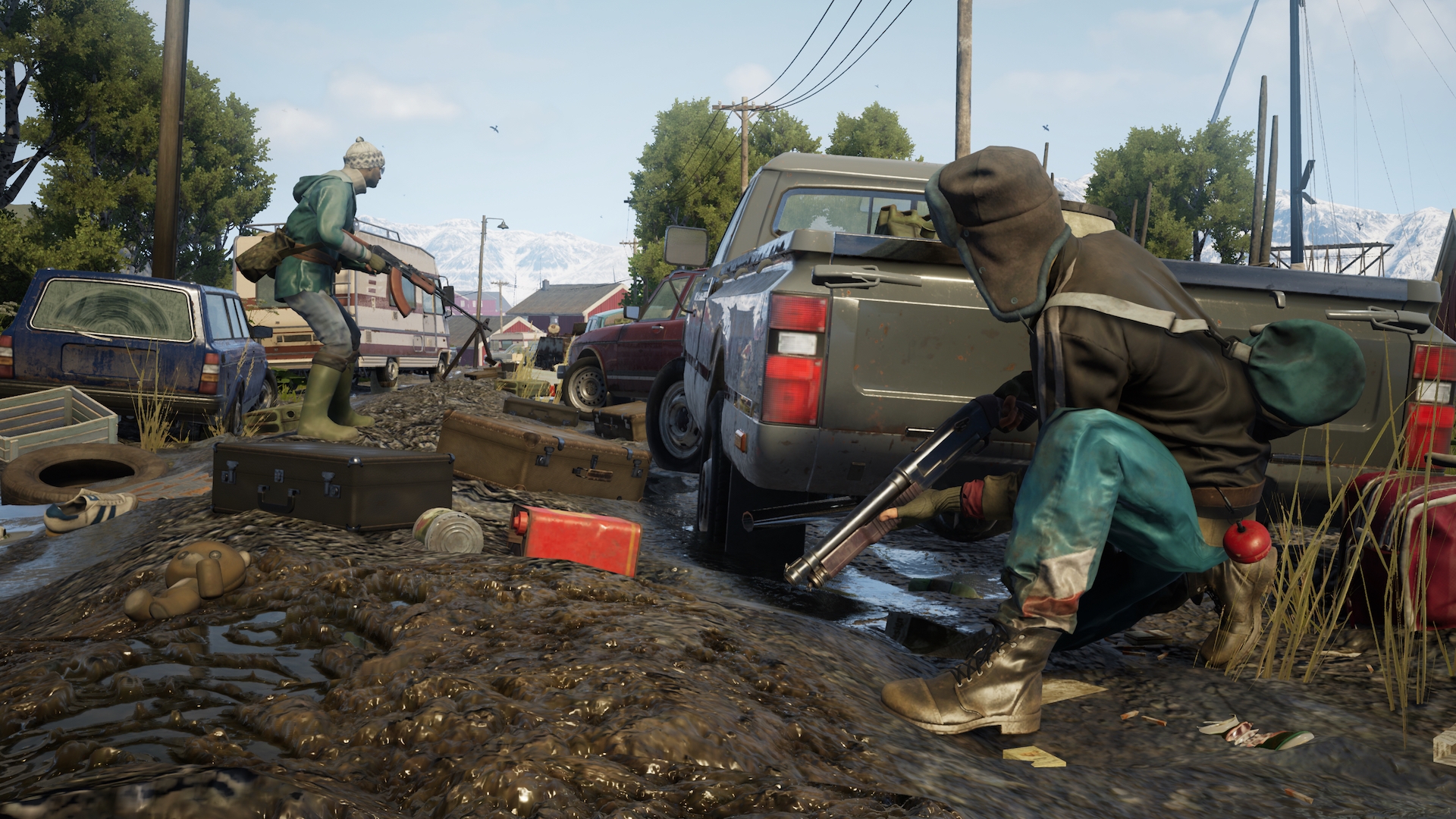 This is further ramped up by the person who finds the air drop being clearly visible to all other players. This creates a sense of urgency as you try to chase down the player with the best loot, or try to escape the field should you be the fortunate one to find it. Once you find the extraction point and escape the map, you go back to your shelter where you can upgrade certain functions, develop and craft new weapons and outfit yourself for your next venture; even down to making new ammunition and ensuring you have enough bullets should you come across an encounter, or even making a new weapon should you die and lose your loadout.

It creates quite a unique experience and an engaging affair; especially when you consider its a free-to-play game. There are some micro-transactions, but these are merely cosmetic items that range from clothing to weapon skins. However, that’s not to say that Vigor is without its problems. Combat can feel a little clunky and inaccurate at times and some of the level designs can produce bottlenecks that can be frustrating; for example, players waiting by the extraction points to kill you as you try to escape the map. However, these are mechanics that you do get used to or learn to live with, as the good points of the game do outweigh the bad. You’ll have games where you never come across other players and escape with the air drop, you’ll have games where you need to fight to get the best loot and you’ll have games where you kill another player to find they have better weapons and items for the taking. If it has one big question mark though, then it revolves its longevity. Whilst it entertains thoroughly for the first few hours, it soon becomes a game that runs out of steam as you learn the maps or upgrade your shelter to a point where its benefits don’t really feel apparent. However, this should be a game that continues to receive support and should, hopefully, contain enough variants to keep you invested. In terms of that, this is most certainly a game to keep an eye on.

Overall, Vigor is a game that is well worth playing. It offers a unique experience and some very tense warfare and scavenging mechanics; plus it’s absolutely free to download and play. Despite a couple of frustrating elements, it’s still a highly enjoyable title and one that lures you back in with a varied series of maps and constant upgrades in building your shelter, items and weaponry. It looks the part too, with some impressive sceneries from snow-laden forests to sleepy fishing villages. It’s variants of play-styles and tension in finding another player provides a thrilling affair, as you try and decide the best course of action and the hunt for the air drop and subsequent escape, produce some heart-pounding moments that exhilarate as you find the extraction and escape. In its current form, I do feel that its long-term prospects can run out a little too soon, but with luck and continued support, this is most definitely a game that holds the potential to become something very special indeed.

Vigor presents one of the most tense and engaging free-to-play games as it loots and shoots an exclusive release on the Xbox One.