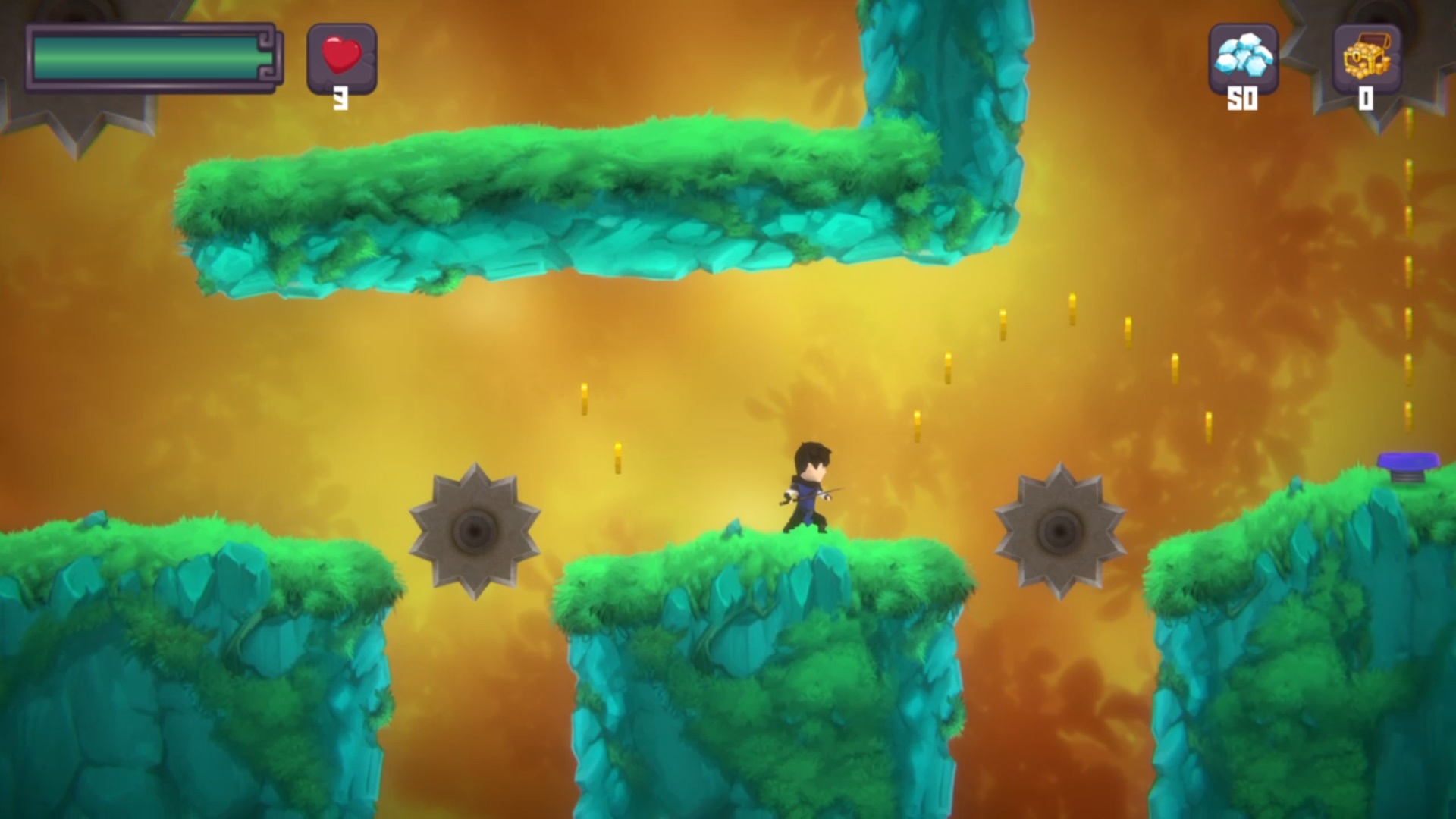 I just want to start with somewhat of an explanation, regarding what I am going to say. Now, I am in no way shape or form a Game Developer, I am simply someone who enjoys gaming and writing reviews, so whilst I may be very critical with said game, it doesn’t mean I could do any better. However, I am here to review and give my honest opinion, and my honest opinion is that Epic World is perhaps the worst game I have ever played… Like ever.

Developed and Produced by YASH FUTURE TECH SOLUTIONS PVT LTD, Epic World is a Platforming ‘adventure’ which tells the story of a young King (or maybe it’s a Prince… I’ll get to that) whose treasure is stolen by the King of the Orcs and his loyal army. You must jump and slash your way through various locations, such as The Dark Jungle, The Ghost Land and The Dungeon, in order to uncover said treasure, which is about as deep as the plot gets really.

What irks me the most about this game is the sheer lack of creativity. Let’s put aside graphics and gameplay for just a moment, even if your game isn’t strong in the two aforementioned departments, then a good narrative should be able to salvage it. But Epic World simply opens up with slow fading images which tell the ‘story’ and look like they’ve been animated on a PowerPoint. For a quick breakdown the setup is literally as simple as:

-Orc King Steals the Gold with a magic portal.

-Orc King leaves a note to brag about his crime. Which reads as the following. ‘You want it, come get it loser ahahahahahaha – Orc King’ … (I’m not even joking, magical Orcs in a medieval setting apparently talk like 13 year olds from the early 2000s)

– The Human King Vows to get it get it back… That’s it. 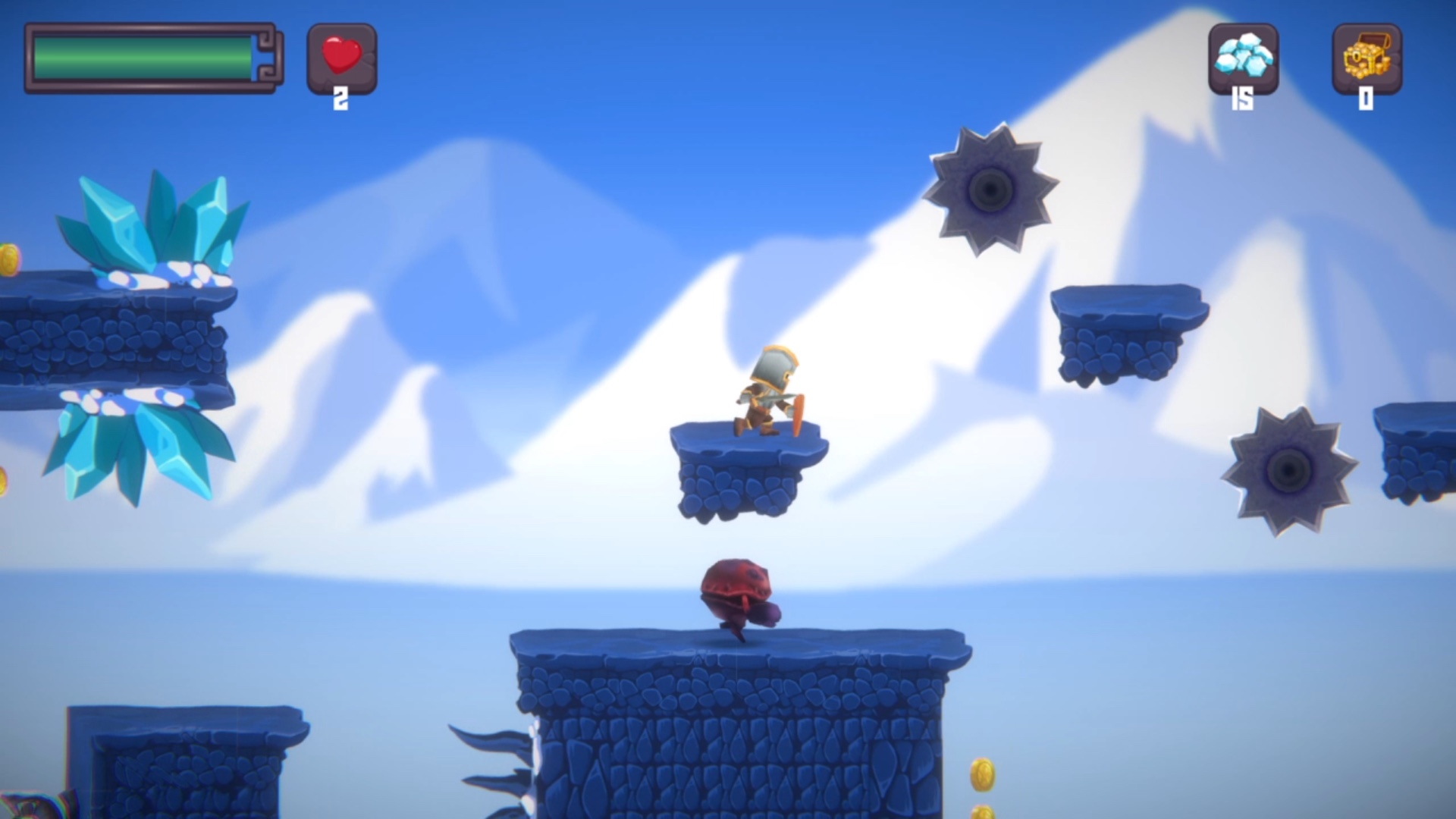 And as I mentioned in my introduction, I am not even sure that ‘The King’ is even a King, because when it comes to the character selection screen, the character we’ve seen described as ‘The King’ is named Prince… I may be being pedantic here but common! Its little things like this that could make a difference and actually make the game better than the flaming dumpster fire that it is (harsh I know) but it just doesn’t make a lot of sense. Not to mention there are two other playable characters named Beawulf (yep) and Orion, who I assume are knights… But again I don’t know, because these characters were not introduced in the introduction, so I am honestly not even sure who they are or why they are even playable; and when I say they’re ‘playable’ that is simply ANOTHER assumption. I must admit that I didn’t venture very far into this game, but every time I selected to play as either Beawulf or Orion the game loaded and forced me to play the level as Prince instead. I don’t know if the two other characters were playable in later levels, but if so it begs the question why have them at the ready at the very beginning of the game?

Now, onto the gameplay, which is by far the worst offender in ALL of this. For starters you don’t even know what you’re doing when the game loads, you’re literally left to yourself to work out what you’re even supposed to be doing. And what are you doing you may ask? Well imagine if all the platformers you played as a child were drained of everything that made them fun, and left with the bare bones of a generic ‘platformer’ then you’re there. I swear, I died more times through simple mistakes of not knowing which direction to go in, thus resulting in falling down the cliff, than any of the enemies or objects that were actually designed to kill me. Like, would a simple tutorial really have been too much to ask for! And we’re just beginning to scratch the surface here, because not only is the gameplay confusing but it’s sluggish and slow, making everything even more tiresome to sit through. It’s almost as if the developers looked at games such as Sonic and Super Mario and were like ‘Yeah let’s do that but worse’. And again I know I am being harsh here, but the game is just so mind numbingly bad.

The graphics aren’t great by any means, but they are certainly better than a lot of the other independent games out there. I feel as if the world and character designs were all really unique and arguably the most creative aspect of the game. However, I do feel as if Epic World would have worked better as a 2-D game. Having it in 3D really highlighted the developer’s weaknesses, as everything looked just a little off in a strange indescribable way. The short 2-D animation that appeared at the beginning of the game was well drawn, despite its use of PowerPoint-like fades, and I can’t help but think the game would have benefited a lot more, if it were to feature in that art style instead. 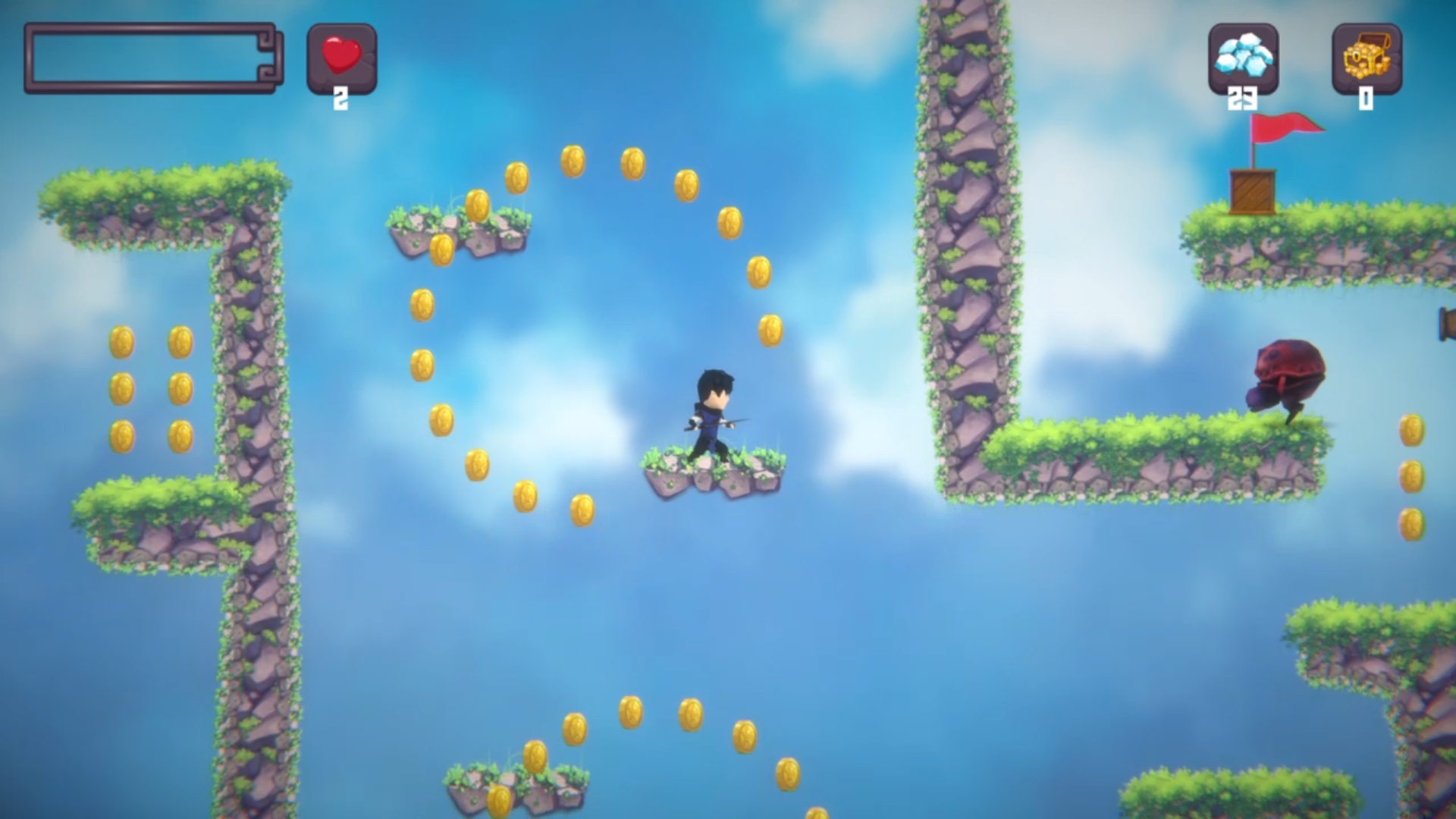 I have been highly critical of this game, but as I have previously said, I must be honest in my opinions and thoughts. I don’t think I would ever recommend Epic World to anyone, not even my worst enemy (if I had one that is). The game is currently retailed at £3.99 but in all honesty, and I wouldn’t even pay that.

Due to the clunkiness of the game, I did initially think that this had to be the Developers first ever game, and was going to be a little more lenient in my review because of this. However upon further research I have found they are responsible for many other titles, including The Unknown City and Dark Mystery which were both given 1 star reviews here on BonusStage. Discovering this made me want to be more honest, because if YASH FUTURE TECH SOLUTIONS PVT LTD have a history with poor games, then improvements needs to made, and hopefully a little tough love can push them towards said improvements.

Epic World is perhaps the worst game I have ever played… Like ever.