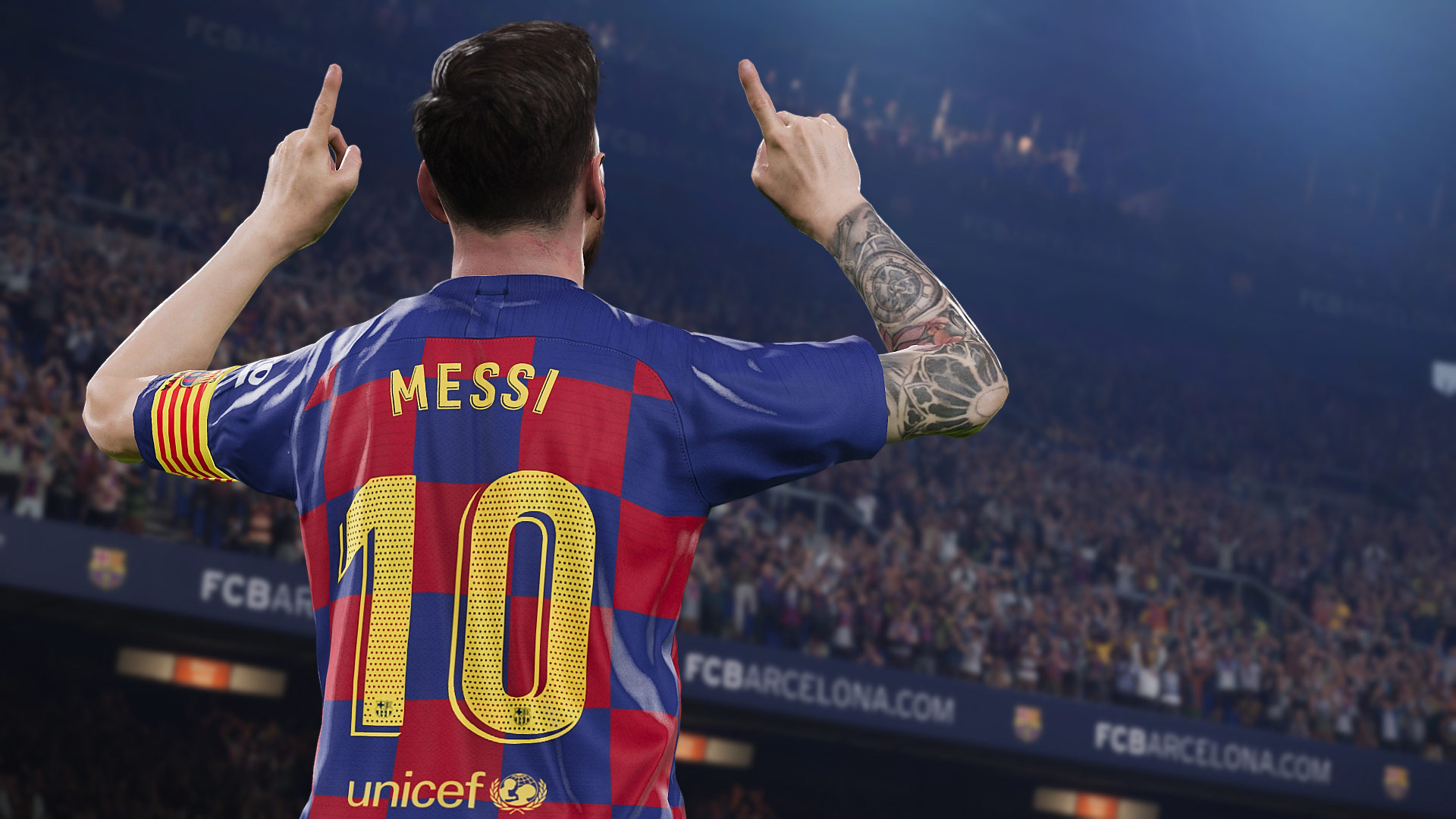 Will I ever be able to write a review for Pro Evo without constantly comparing it to its great rival? Not a chance. The two are just so intertwined – without any other notable competitors on the market for well over a decade, the choice for any fan of the beautiful game has been a simple one for quite some time – Pro Evo or FIFA.

As always, the answer to that question depends largely on what you are looking for, but now more than ever, that choice is surprisingly easy to make. If you love the whole Ultimate Team thing, if you must have the full Premier League licence and demand a cutting-edge online interface (oh, and if you like street football I suppose), FIFA will almost certainly be the game for you. If you like playing a really…really good game of virtual football however, you honestly need look no further than the truly exceptional Pro Evo 2020 (or, eSports Pro Evolution Soccer 2020 if you’re not into the whole brevity thing).

This year’s FIFA actually plays a much better game of football than the 19 vintage, and despite a general lack of innovation in its core game modes, Konami have actually closed the gap behind the scenes thanks to some smart additions to MyClub and Master League, but despite these changes, FIFA still excels where it always has, and Pro Evo still delivers the best game of football on the market.

And man, what a game of football it is. Despite legacy issues with poor commentary (it’s still terrible), and continued licensing issues – despite improvements, (Pro Evolution Soccer 2020 is the only game in which you can play as the Serie A champions, Juventus), it’s still inevitably a long way behind FIFA – out on the field, this is without question, the best that Pro Evo has ever been. Konami has promised since day 1 that, ‘playing is believing’, and while I fear that not enough gamers will give it that chance given the market dominance of EA’s footballing juggernaut, I have to believe that, if given the opportunity, at least some will be tempted over (or back) to Konami’s less flashy but technically superior take on the beautiful game. 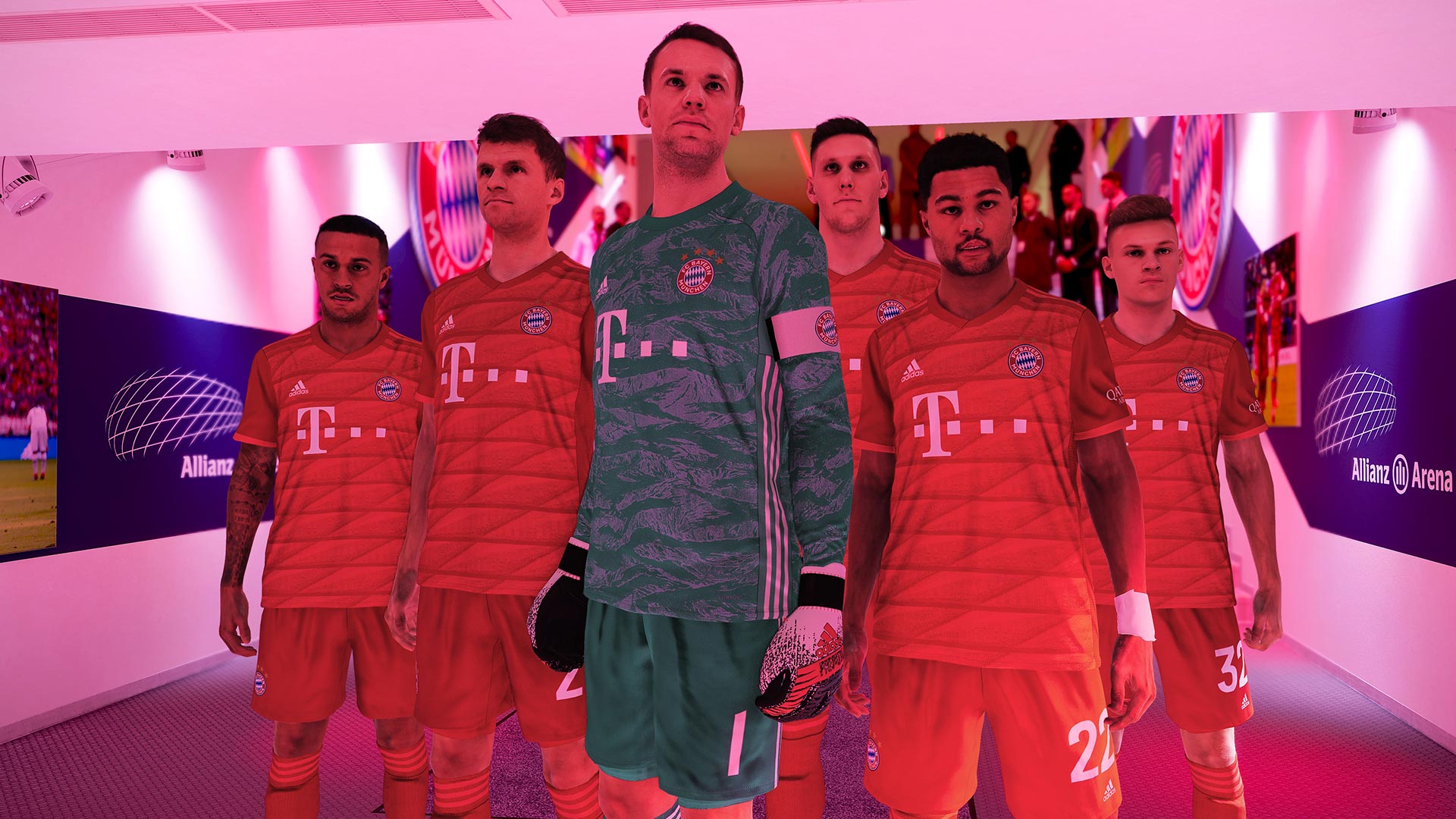 This is still Pro Evo as you know it, but a host of intelligent changes combine to make this the most realistic and in-depth interpretation of the sport ever conceived. The pace has been lowered significantly compared to last year’s enjoyable but often hectic take on the sport, the animations have been significantly improved (first touch animations are a genuine game changer), the new finesse dribbling system adds an extra layer of realism and depth, and the AI, such a problem at the launch of last year’s release, appears to be much improved and far smarter this time around. Defenders still have their moments and keepers arguably remain Pro Evo’s one genuine on-the-field weak-point, but push the difficulty up towards the Superstar level and you’ll need to be pretty sharp to successfully break teams down. With its more cultured pace and improved headers (thank God), opening up the best teams feels like a very different and often much more rewarding experience than it did when playing the incredibly enjoyable but much more ‘arcadey’ Pro Evo 2019.

As good as it is to play though, the first thing that will strike you out on the pitch is the truly exceptional match day presentation. The front end isn’t quite as slick as FIFA’s, but at the top end of the licensing spectrum (namely, when playing at one of the official stadiums with a fully licensed team – preferably one of Konami’s partner clubs), Pro Evo 2020 is often breathtaking to look at and a genuine step up from FIFA 20’s occasionally plastic looking presentation. From the level of detail to the exceptional lighting and the industry leading player recreations, Pro Evo 2020 really does belie its comparatively limited budget with some genuinely stunning visuals. With the crowd, sound effects and incidental details also seeing notable improvements this year, this is a decidedly better looking game that its already handsome predecessor.

Once the game starts up though, it really is the animations that make all the difference. You can have the best player models in the world, but if they don’t move naturally, the façade starts to crumble the moment a game is up and running. Here though, there are times when it doesn’t look far from the real thing. From unique player animations (something Pro Evo has always excelled at) to realistic physical interactions and subtle first-time animations, Pro Evo 2020 really is a thing of beauty when in motion. Of course, the drop off in quality when moving down the footballing ladder is stark and the lack of official licensing across most of the Premier League remains a major issue, but at its best, Pro Evo 2020 is a visual treat.

Sadly, as great as Pro Evo is out on the pitch (and it really is great), off it, it remains a long way behind FIFA – and the rest of EA’s slick catalogue of sporting franchises. Beyond the obvious lack of street football and the disappointing omission of the women’s game, its core modes still lack the depth and presentational slickness of their FIFA equivalents. The most obvious of these disparities remains myClub. Now don’t get me wrong, judged on its own merits, myClub is a solid and ethically superior alternative to FUT, but in terms of modes, challenges, rewards and sheer depth, it’s simply not in the same league. It’s great that you can build a solid team without having to spend real world money or commit to hundreds of hours of soulless grinding, but in terms of basic content and a clear and obvious reason to keep you playing in the long run, myClub remains disappointingly undercooked. 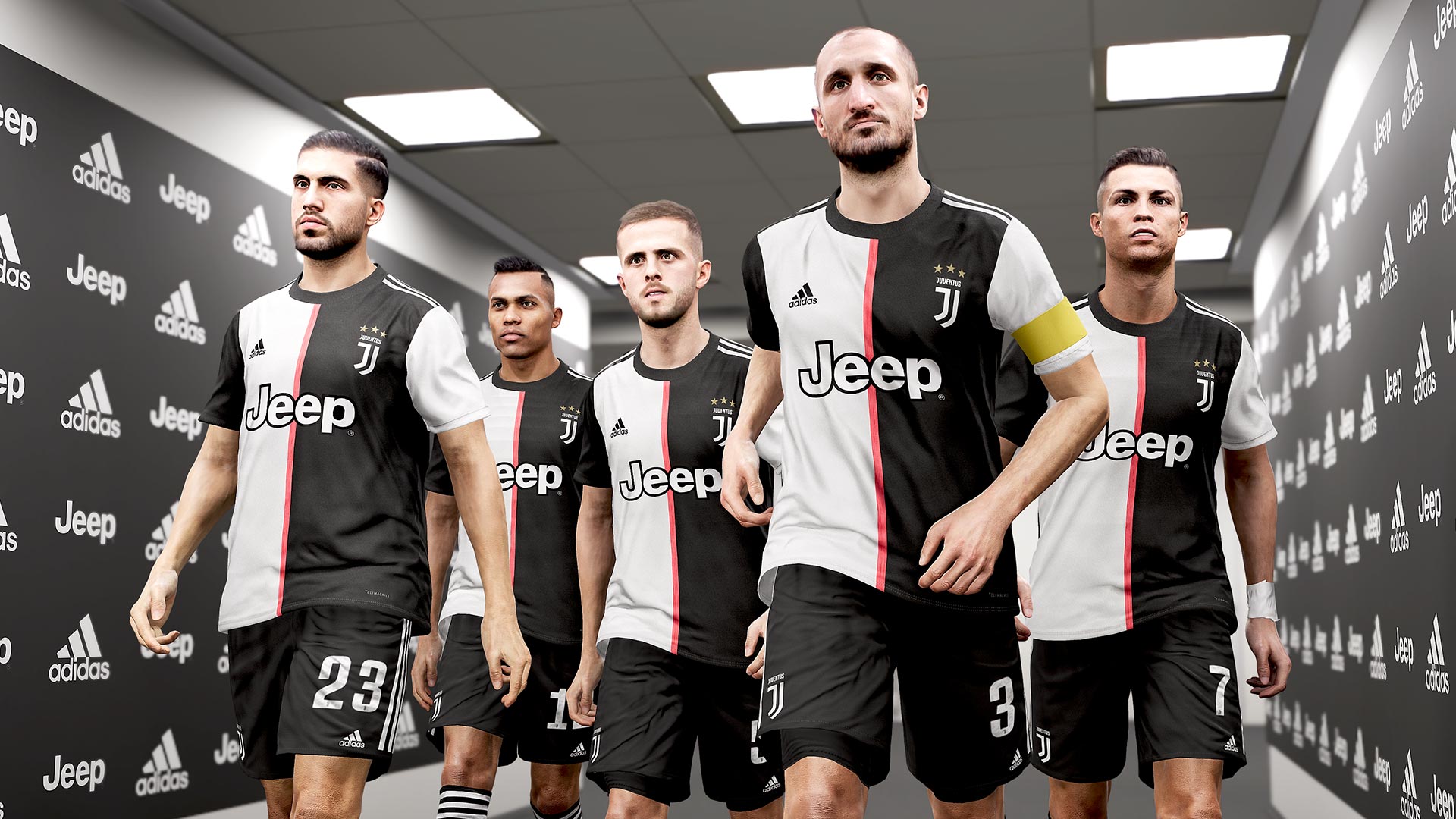 Sadly, Become a Legend fares no better. Again, the mode itself is absolutely fine, but there have been no improvements of note and absolutely nothing in the way of innovation this year. You could still lose days of your life to it with a smile on your face, but if you’ve played through it across any of the last 3 or 4 iterations of the game, then there really is nothing new to see here.

Luckily, Master League, the much loved, and for my money, genre leading single player mode, is better than ever. It’s not quite the overhaul I was hoping for, but by finally improving transfers and bringing them more in line with the reality of the market, the whole experience immediately feels more realistic and much more challenging. Sure, you can still tear through a few seasons as one of the world’s best teams, but if you’re willing to start out in one of the newly licensed second-tier leagues, the journey to the top will prove far more challenging and hugely rewarding. Much has been made of the new interactive cutscenes, but honestly, beyond looking kind of cool and helping to build a bit of narrative progression, they actually add very little to the experience and ultimately have no effect on your overall journey.

Despite improvements to the menus (the soundtrack is especially ace this year), and a host of much needed refinements to both myClub and Master League, Pro Evo (or eSports Pro Evolution Soccer 2020 if you want to be a stickler) remains a long way behind FIFA in its off the field options. On it though, Konami’s long running soccer series has never been better. Some will speak to the rose-tinted excellence of Pro Evo’s early 2000s heyday, but make no mistake, this really is the best it has ever been. Visually, the game is exceptional; the new animations make a huge difference to gameplay, while the slower, more conservative pace make this a true simulation of the sport. The commentary is still mind bogglingly bad and the keepers remain a tad iffy, but in terms of its core gameplay, Pro Evo 2020 really is leagues ahead of the competition. It still lacks the kind of long-term depth that could potentially make it a genuine competitor to the current genre king, but for fans of the series, that incomparable gameplay and the promise of next year’s fully licensed (and free) Euro 2020 DLC should keep them happy for months to come.

The commentary is still mind bogglingly bad and the keepers remain a tad iffy, but in terms of its core gameplay, Pro Evo 2020 really is leagues ahead of the competition.