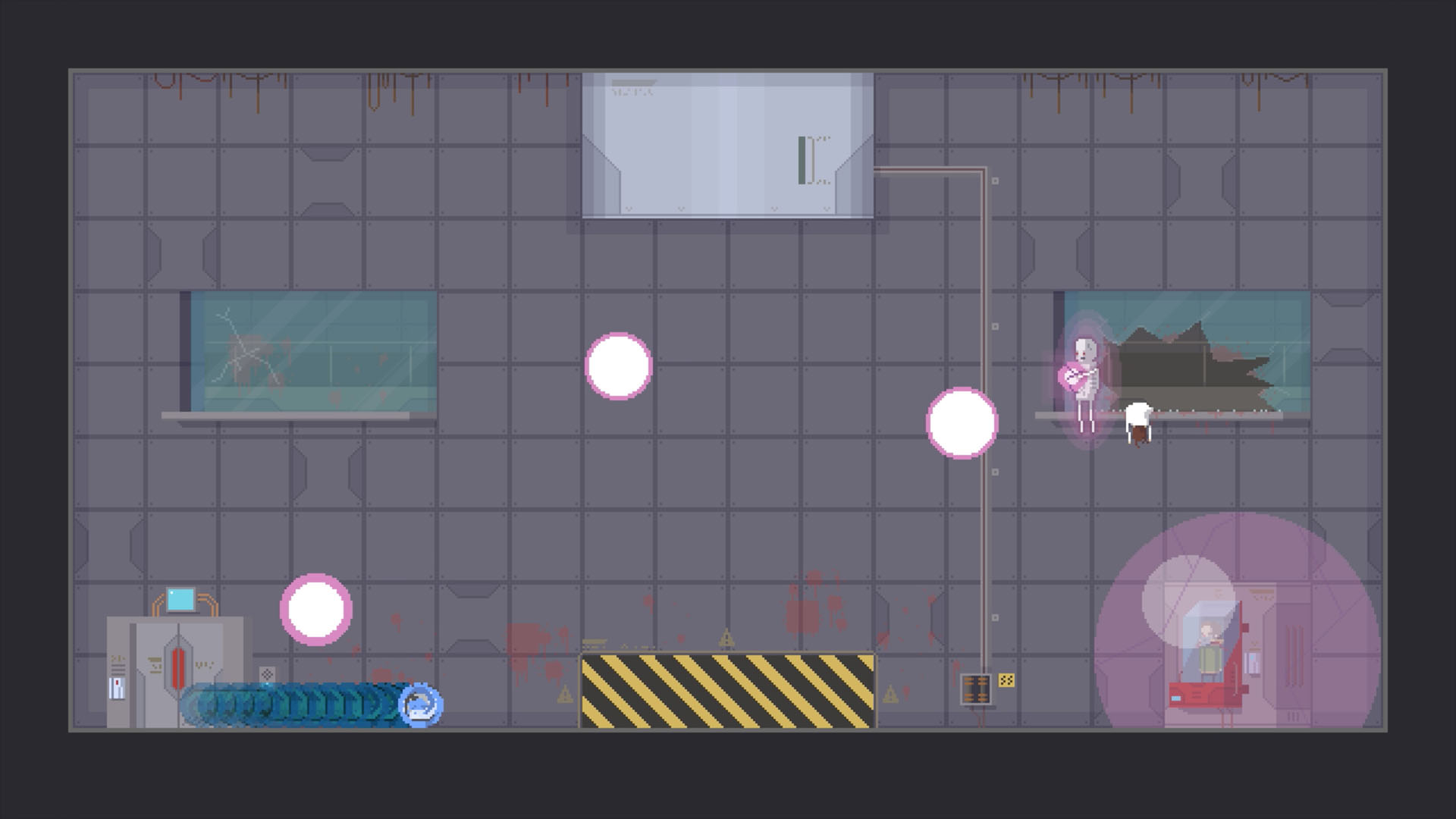 There are times when I sincerely, truly want to like a game. It’s not “I like it, but…” kind of thing. It’s that, on paper and for various elements, it looks like something that’ll be worthwhile and worth my time, however much that might be. But, from the second I enter into the driver’s seat, something feels wrong. There’s a bit about the play or the presentation that never sits right, and not in a “ooo, this game is unsettling” sort of way, but a “ooo, this shirt is the wrong size but I can technically make it work” way. I love pixel art, I love metrovania games, and I love indie titles that can come through on a budget and deliver a full play on the same budget. But I simply did not love my time with Paradox Soul, from Ritual Games and GrabTheGames.

Paradox Soul is really bland right up front with its premise, and it never truly gets better. You play Dr. Ali Rose, a scientist at some remote station that used to be experimenting with robots or something like that. One day, you’re out in the snow (because that’s what scientists do) when you return to base and notice all the dead scientists both outside and immediately inside. It only takes a minute for you to find out the robots have gone murderous and are actively trying to kill every living thing in the facility. Except for the dogs, which have inexplicably decided to go after human beings as well. So now you’ve got bad robots and murder animals as far as the eye can see, but not to worry! You’re also well trained in gunmanship, so you’ll be set once you find a handgun shortly after the start of the game. Now you’ve got to explore, scrutinize, and stay alive as you find out the reason behind the malfunction and the dangerous game that you’re trapped within. To be frank, my problem with the story isn’t the abrupt nature of it all, because I’m already eyeballs deep in tropes of science fiction and labs gone wrong: no reason to retread familiar ground. But there wasn’t anything very satisfactory about the story overall once all was said and done (except for what felt like an INCREDIBLY cheesy “twist” ending), and, by the way, you’ll get there in no time flat as long as you’ve got the patience, because Paradox Soul clocks in at under two hours, and that’s with painstaking investigation. 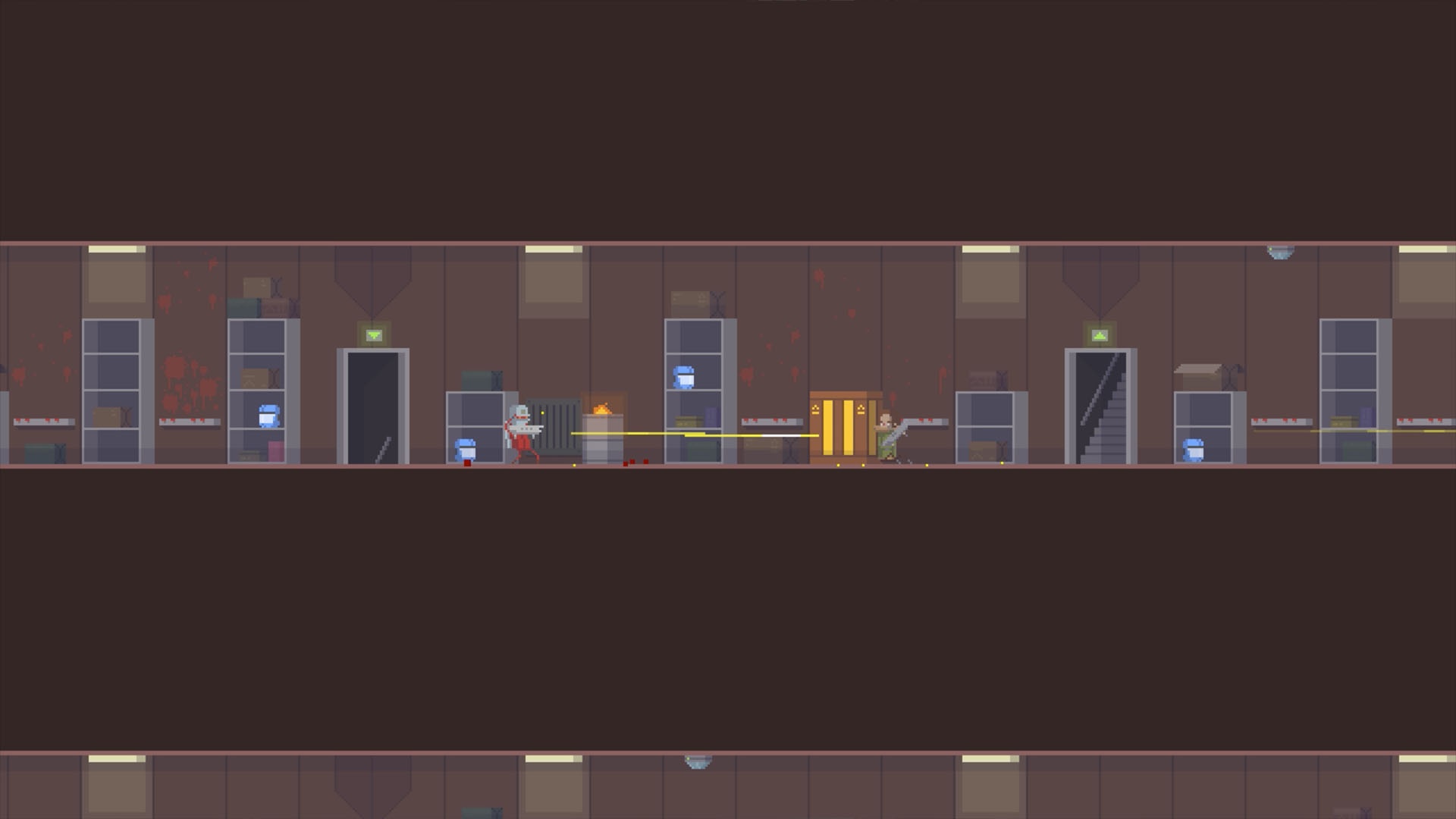 You’ll be investigating a bit with Paradox Soul, as the game is a 2D metrovania style. You run around, get items and collectibles to power yourself up and get into different doors and labs, and backtrack to see places you couldn’t originally reach. For example, you get a special suit fairly early that grants you the double jump ability, and now you’re able to cross certain expanses to reach doorways that were previously out of bounds. If you were looking for an arsenal of cool weapons to choose from and a bunch of versatile equipment, though, you’re totally out of luck: you’ll find most of your weapons and items long before the second boss, and, from there on in, it’s just finding keycards, checking the map for which areas you haven’t been able to get to yet, and then exploring them to unlock more places to go. This is mostly okay, because you frankly don’t need another weapon after you enhance your blaster and get the bombs, but there is just a bit of a letdown: when I think metrovania, I think a bunch of choices for how to kick butt, not just a longform game of telephone to get the bathroom key. Still, it serves its purpose in making sure a game that could have been as little as a half hour gets stretched out to double that length.

The combat and controls of Paradox Soul involves 2D firefighting with a heavy emphasis on cover, particularly with most minor enemies and the first boss fight. The idea of cover based combat on a 2D scale is interesting, and it occasionally works: without any collectibles to increase your health meter or, indeed, even recharge your health, you need to work with being able to hide in order to get anywhere. When the system works, it works particularly well: you duck up and down from certain vantage points, fill the air with gunfire, and then hide your ass away again. Yet again, though, we reach a couple of caveats to making this an effective approach. One, the consequences of death are non apparent here other than wasting time. When you die, you respawn in the same room (or slightly away, in the case of the bigger rooms) and just start over again. This can be annoying with things like boss fights, but you don’t lose anything and, without the achievement system present (which was a huge incentive for other console players), you don’t really care other than breaking your streak. Two, once you get the blaster powerup, you really lose the need to hide from a majority of enemies, so the cover is reserved for a handful of stronger mobs and, again, bosses. Third and most importantly, the button for “duck behind this crate” is the same as “go rolling forward with reckless abandon,” and so miscalculation on your part doesn’t just screw up the hiding, but straight up creates your almost certain death. Between the false rolling, the stiff jumping and the slow crawling, Dr. Ali Rose needs to desperately hit the gym and get some basic stretches and cardio in before carrying out these missions. 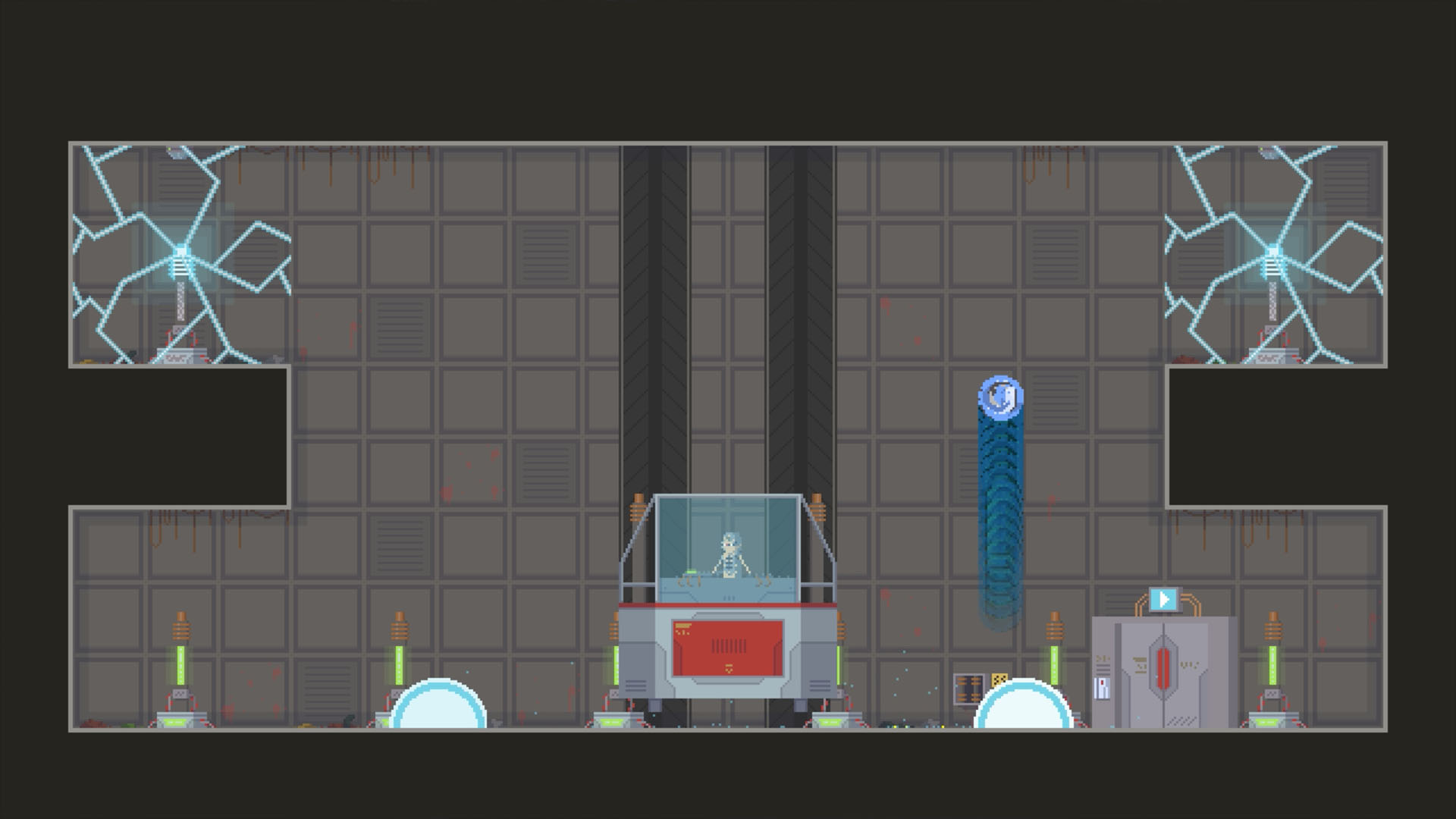 The boss fights are impressive in size, and I was pleasantly shocked at how difficult the initial boss was, so, in that regard, Paradox Soul does deliver. Naturally, the bosses rely on a series of repetitive movements and routines that you need to figure out and work around, so it does fit into what one would normally expect with the metrovania style games. I actually felt the second boss, which you meet after upgrading your weapon, was significantly easier because it didn’t drop a bunch of bullshit little drones all over the ground that hit you for the same amount of damage as taking a minigun to the face. These were the far and away highlight of the game, as it not only broke up the monotony of the same sort of rooms over and over again, but let me know that I was moving forward and was inching closer to the ending and freedom. Plus, the boss designs were pretty interesting, which stood in stark contrast to the same variants of red and silver robots that I kept shooting up everywhere else in the lab.

That’s what killed Paradox Soul for me: repetition. You find something newish, then you hammer it into the ground until you’re utterly sick of it, then you find something else to do the same thing to. Lather and repeat until you’ve run out of game to play and the credits are rolling. There’s nothing that excites me about the game (except for two rooms that were rather difficult to find without a hail mary approach to exploration), and, when it was done, I wasn’t left finding myself eager to make a better run or to brag about my accomplishment. It was just done, and that was all. It’s like doing a sudoku puzzle in the dentist’s waiting room. You don’t really want to, but it’s a distraction, and, when you’re finished, it won’t be what you talk about while you’re getting your crowns refitted. It was just a thing that happened that wasn’t painful or upsetting, but also wasn’t terribly memorable.

In a landscape that is just awash with games of all ranges in quality, length and engagement, having something just land in the side of ambivalence can be a death sentence for a game. Paradox Soul, with a good (but not great) pixel presentation and mediocre game length, isn’t something that stands out in my mind, and it’s a shame: the thumbnail and artwork led me to believe something great was around the corner. Instead, it was just…something.

The real paradox is how a game can exist in my life for two hours and yet leave no trace whatsoever when it’s gone.