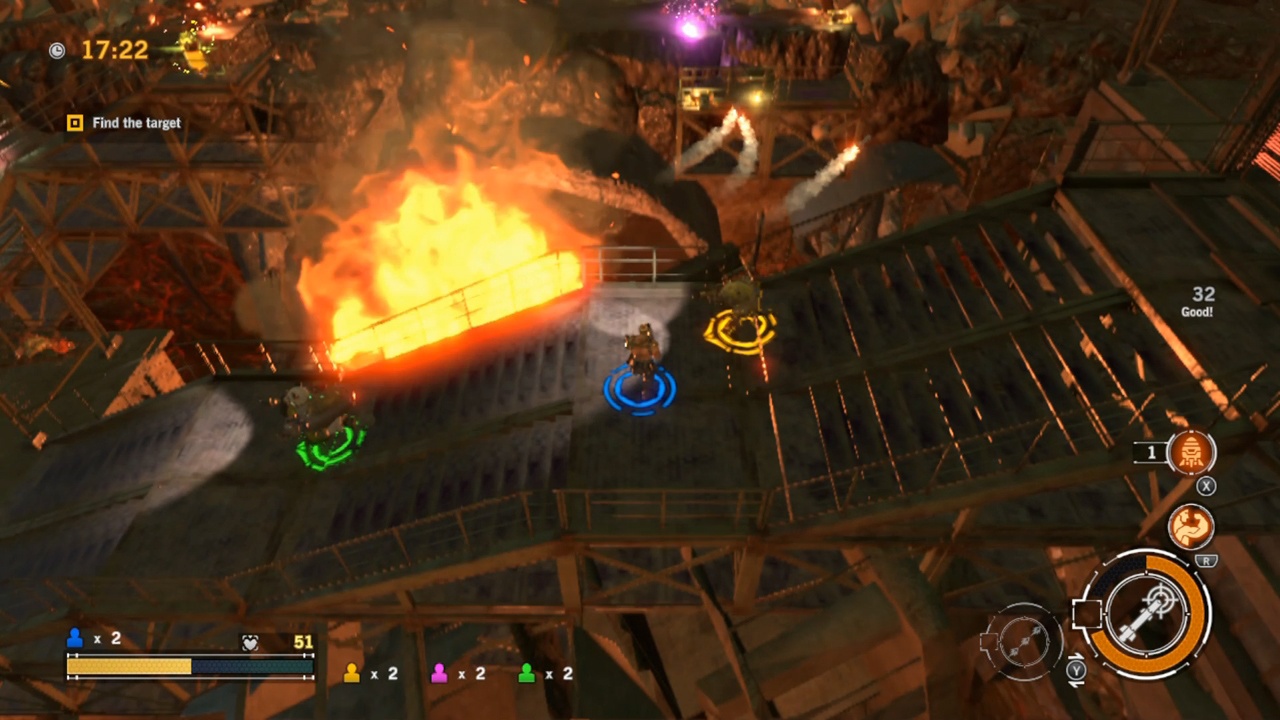 Initially, I wanted to wait with my review of Contra: Rogue Corps. This is mainly due to the fact that I couldn’t test out the title’s online component, as pre-release, the servers were, and still are completely empty. But considering the fact that the embargo has already been lifted, and that the majority of outlets has already published their respective reviews, I’ve decided to wait no longer, and review Contra: Rogue Corps as is.

The first thing which I would like to underline, is the fact that the newest instalment of the Contra series, does feature a fairly intriguing art direction, as the title’s comic like character design, and over the top features which such possesses, are fairly enjoyable, and allow the title to distinguish itself from all the other co-op shooters. While the colour pallet could use some sprucing up, considering how colourful the classic Contras used to be, then ultimately the greys and browns of Contra: Rogue Corps, are not the be-all and end-all of the game.

Another high point of this particular release, is the use of numerous camera angles. Sure, at its core, Contra: Rogue Corps is a top down, 2.5D shooter, but as you play, the camera constantly switches and turns, to not only give you a much more cinematic angle on the proceedings, but also to spruce up the gameplay. Some sequences place the camera behind your character’s back and allows you to play Contra: Rogue Corps as a third person shooter. However, those sections are brief, and in all honesty, are spread out too thinly throughout the game, to make any serious impact – but, they’re still enjoyable, nonetheless.

Continuing the streak of positivity, which unfortunately is about to run its course, I believe it is important to underline the sheer variety of content which Contra: Rogue Corps possesses. From the four core characters, dozens of weapons, endless upgrades and mods, to cosmetic items, the title in question features so much, that it is incredibly easy to get lost in the midst of it all. In fact, Contra: Rogue Corps features so much content, that the title’s pause menu features a guide, just so you are always aware of what’s what. 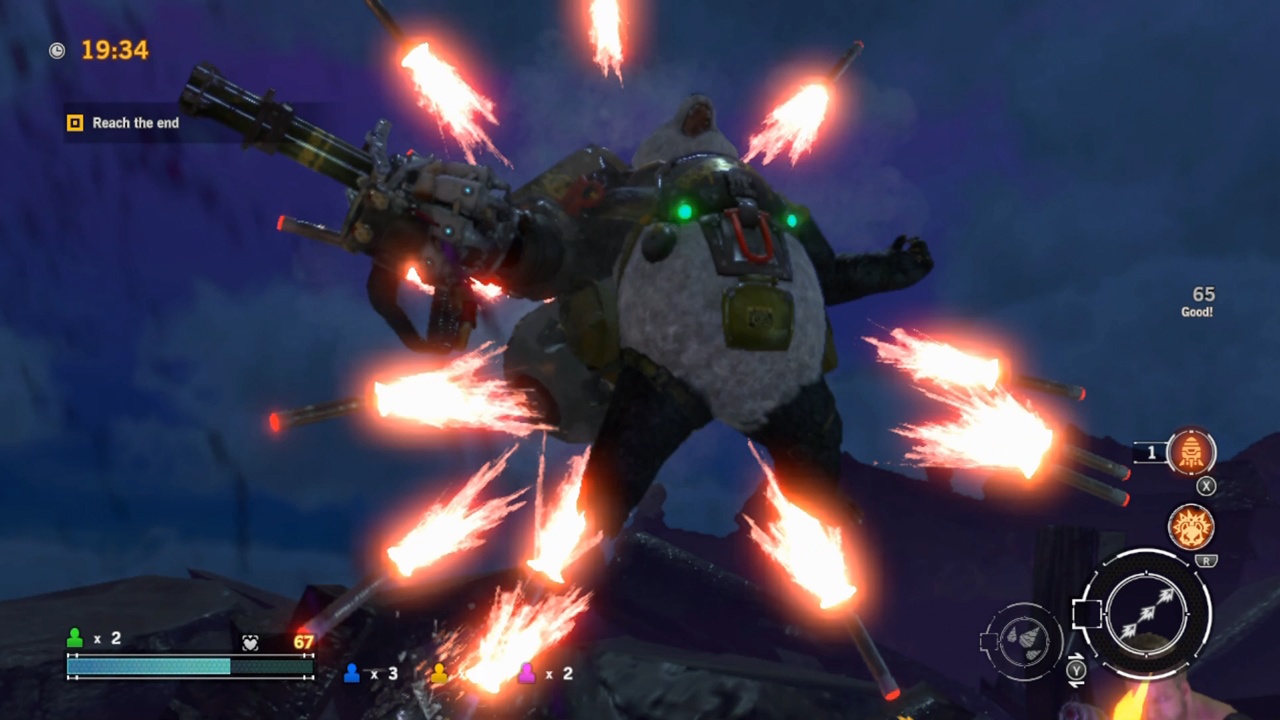 As far as the content goes, it has to be said that all of its pieces are unlockable through gameplay and can be either found within the title’s missions, or purchased from the in-game vendor, who is stationed within the title’s hub. Truth to be said, the never-ending loot drops, are what keeps the game going, as beside all the currency and upgrades which most hostiles drop, Contra: Rogue Corps doesn’t have that proverbial hook, which could keep you playing for hours at a time. Sure, it does feature a narrative, but I’ve learned more about the title’s story from the review guide which came with the code, than from the game itself.

The story of Contra: Rogue Corps is all about a group of, and yes you guessed it, rogues who go underground in order to clear their names. While the story is cliché ridden, and offers very little in terms of originality, then it does feature some rather fancy, comic-book’esque cutscenes, which besides the side characters such as the surgeons who install your character mods, are the highlight of the title’s core story. While some of you may be disappointed with this, then let us be real with each other, Contra was never about the story, it’s always been about shooting bud guys in the head.

As you might have already guessed, Contra: Rogue Corps features a fair amount of shooting hostiles in the head, until they can no longer press towards your player character. As far as the said shooting goes, it does not leave a very good impression initially, because the default aiming settings, at least on console, are little stiff and largely frustrating. However, once you’ll spend some time tweaking the aim assist and the sensitivity, you will likely find a set-up that you will find to be enjoyable – at least in part. I’m saying in part, simply because Contra: Rogue Corps, no matter how much play with its settings, lacks the fluidity of modern top down shooters. It’s difficult to explain, but just imagine that Contra: Rogue Corps feels like wearing shoes that are loosely tied. Sure, they’re still tied, and the laces are still doing their purpose, but there is something not quite right, and it will annoy the hell out of you.

While the shooting itself, is not entirely iron clad, then it is not the only combat mechanic of the newest Contra, as in addition to just pulling the trigger on your primary gun, you can also use your secondary. Such are more often than not considered to be a special, if not a heavy weapon, as secondaries include flamethrowers, rocket launchers, and bolt-throwers – amongst many. In addition, every playable character possesses a special ability active ability, and an AOE attack, and those, just like everything within Contra: Rogue Corps are fully customizable. Lastly Contra: Rogue Corps, wouldn’t really be a Contra game, if it didn’t have power-ups, and thankfully this newest instalment of the series features many, and those can be considered to be the icing on the cake. 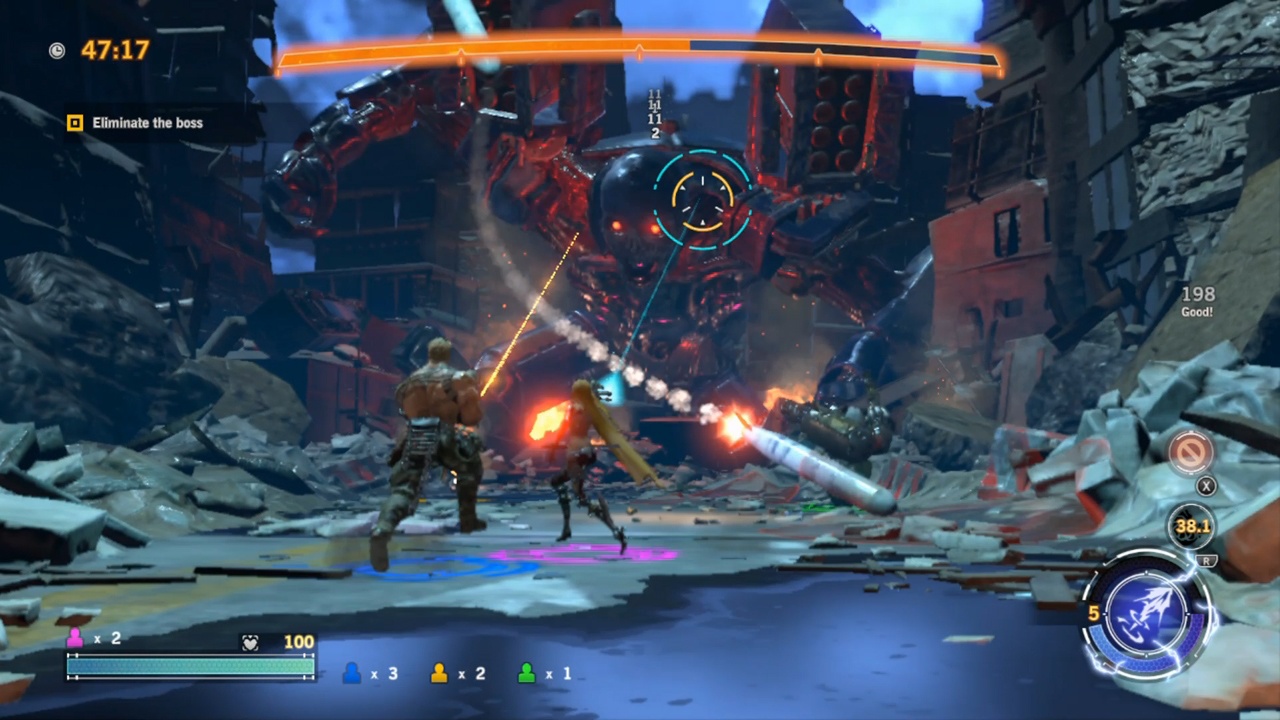 Just like any game, Contra: Rogue Corps does have its quirks and while some will let those slide, then others, surely won’t. One such quirk, is the title’s abandonment of ammunition in favour of the so-called ‘’heat guns’’. By heat guns, I mean weapons which instead of using ammunition, overheat with each pull of the trigger, and become unusable once the meter reaches 100. This wouldn’t really be a problem if not for the fact that once a gun overheats, it can take it over 5 seconds to become usable again. Sure, you do have a secondary gun at all times, but while fighting a boss, and dozens of his minions, you will be running on empty, seemingly without an end.

Another one of Contra’s so-called quirks, is its insistence on the use of close-ups. There would be nothing wrong with that, if not for the fact that Contra: Rogue Corps isn’t exactly a looker. And by this, I mean that just released Contra, the Contra which has hit the store shelves in 2019, looks more like a game which has been made in 2009. Don’t get me wrong, the character models for the four main protagonists look OK (at best), but everything is just sub-par. The in-game models are chunky and stiffly animated, the textures are blurry and low res, and in general, the title in itself is largely visually uninviting. Which is rather disappointing, because most will turn Contra: Rogue Corps down, simply for its rather unpleasant visuals

Not to prolong any further, all that really has to be said about Contra: Rogue Corps, is that it has an inkling of a great game. But that spark, is buried under mountains of questionable game design and poor graphical display. Sure, with all its content and modes, such as the PVP multiplayers, Contra has a lot to offer. But it is really difficult to enjoy the said content, when literally everything that’s built around it, is disappointing at best, and downright infuriating at its worst. The only reason for why it has received the score it did, is because it works rather smoothly, and doesn’t suffer from performance issues which plague most modern games.

Contra: Rogue Corps may not be the worst title to be released in 2019, but it surely doesn’t do the franchise the justice it deserves.