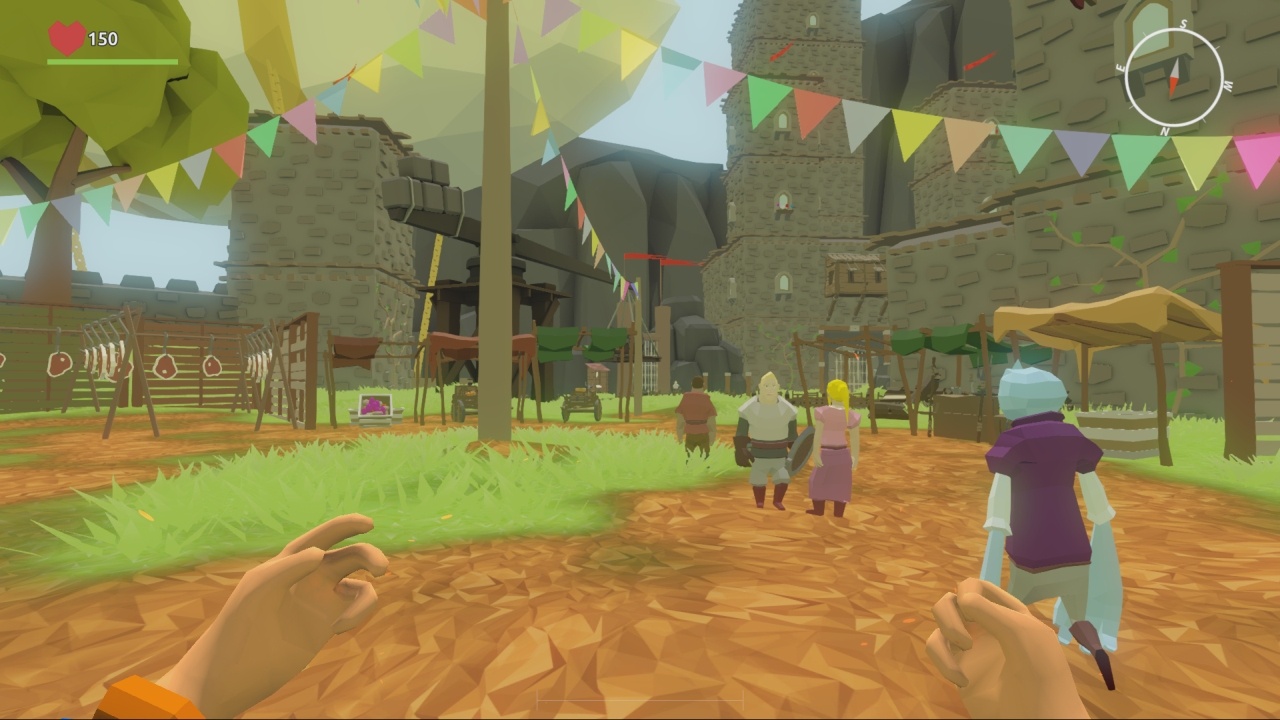 With the relentless, headlong race towards the most photorealistic graphics still in full swing, it’s refreshing to come across a game that offers a retrospective perspective on gaming. A perspective that both pays homage to the classics of years gone-by, while still embracing some of the more popular mechanics of today’s gaming world. A great example of this has to be Windscape by Magic Sandbox, a one man studio whose chief developer is known only as Dennis.  Other than the fact that Dennis is based somewhere in Hamburg, little more is known about the game’s creator.

But on to the game.  Set as a first person action adventure, Windscape’s nostalgic old school polygon design harks back to the days of The Ocarina of Time. However, unlike these old-skool flava’s, Magic Sandbox have set the game as a first-person adventure, which shifts the focus of the game and makes it a much more personal experience.  In Windscape, you are cast in the role of a young girl called Ida who lives on a farm with her parents. The farm is set on the fantastical island of Windscape which is characterised by picturesque mountains, villages and towns that rest on four floating islands. As the game unfolds you’ll encounter several NPC’s with a number of go-fetch missions designed to walk you through the mechanics of the game and the intricacies of crafting items along the way. 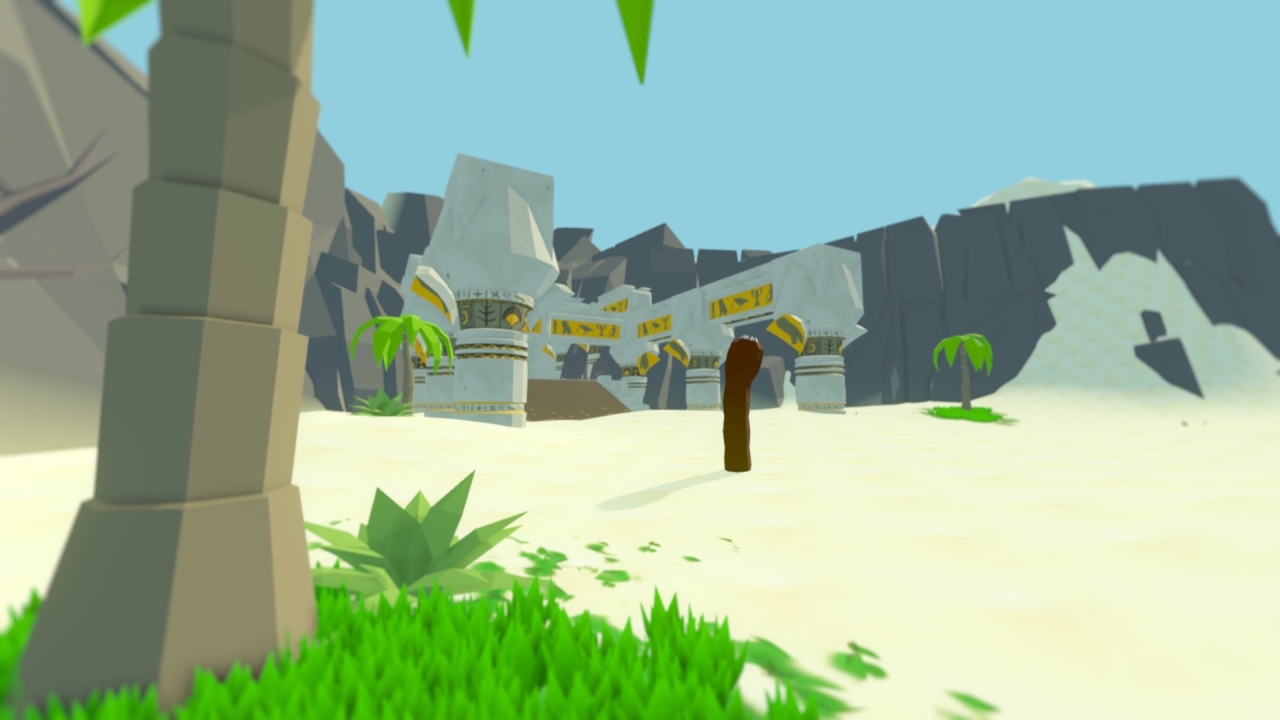 After the first hour or so, you’ll eventually find yourself wandering off the beaten path to discover otherwise hidden elements in the game, such as caves filled with loot, pirate camps and hidden treasures. There are the invariable boss battles to contend with, but unlike fantasy games such as Skyrim, these battles are much more forgiving and require little more than learning an enemies pattern and timing your attacks while switching from shield and weapon.

We were pleased to see that Magic Sandbox had also done away with the mind numbingly tedious grind of levelling up. Quite often in these games you find yourself crawling along at a snails pace trying desperately to level up on the progression tree so you can attempt a challenge just one more time. In Windscape, the emphasis is very much on exploration, pacing yourself and immersing yourself in an incredibly detailed world. It’s also worth noting that, as in Minecraft, you’re able to craft pretty much everything you need in this game.

Windscape is virtually stuffed with resources, so you’re never too far away from being able to craft that potion that’ll toughen your skin (increase your level of protection) or improve your hit rate. Should you happen to forget what ingredients you’ll need for crafting a particular item, Windscape quite helpfully provides you with a recipe that you can use as a quick checklist. We were particularly pleased to see forges in the game which instantly brought back fond memories of Minecraft. With these forges you can quickly transform basic raw materials into handy blocks that can be used to create other items. 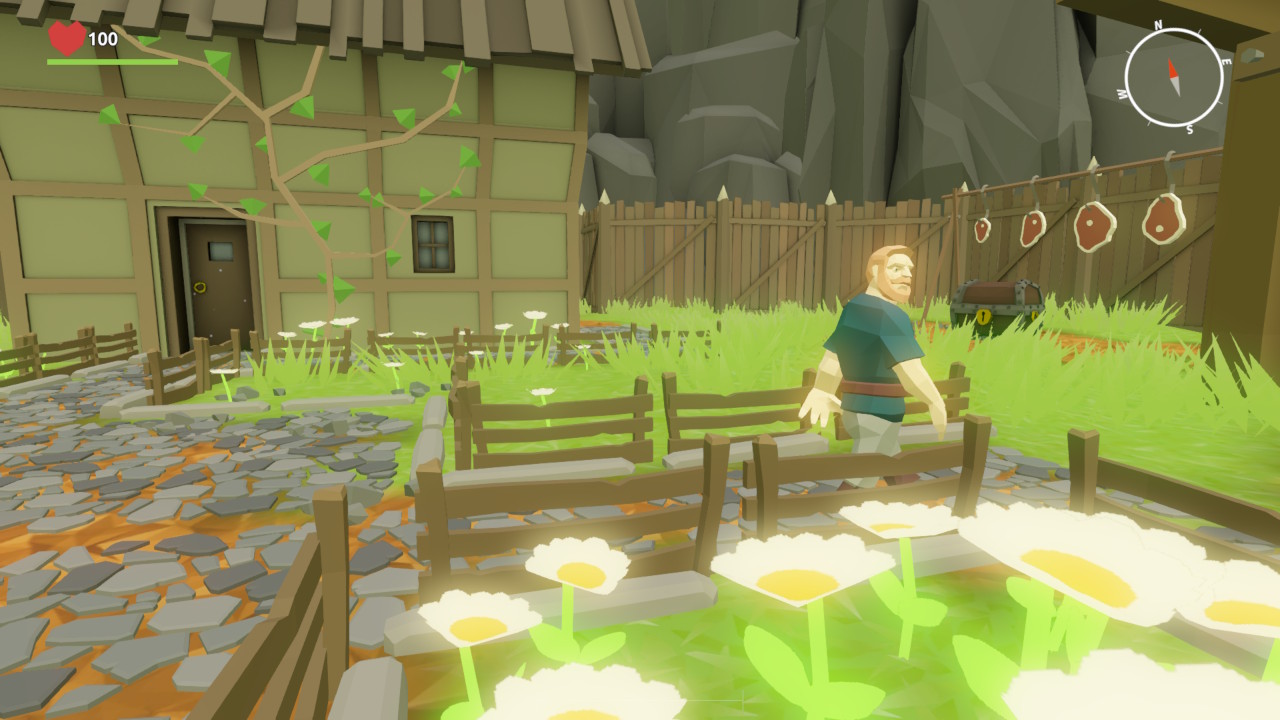 The orchestral music in Windscape does a great job in immersing you in a magical realm filled with adventure and exploration. Again, while listening to Windscape’s musical score, we were instantly reminded of Zelda and the magic of the Ocarina of Time.

With dozens of main missions and side missions to complete, Windscape is a bold and rewarding game that will keep you glued to your screen for a good 12 to 15 hours. Its charming graphical style coupled with the first person perspective – and ability to craft to your hearts delight – is a praiseworthy marriage of old and new and one that should be experienced. Go buy.

It’s charming graphical style coupled with the first person perspective – and ability to craft to your hearts delight – is a praise worthy marriage of old and new and one that should be experienced. Go buy.