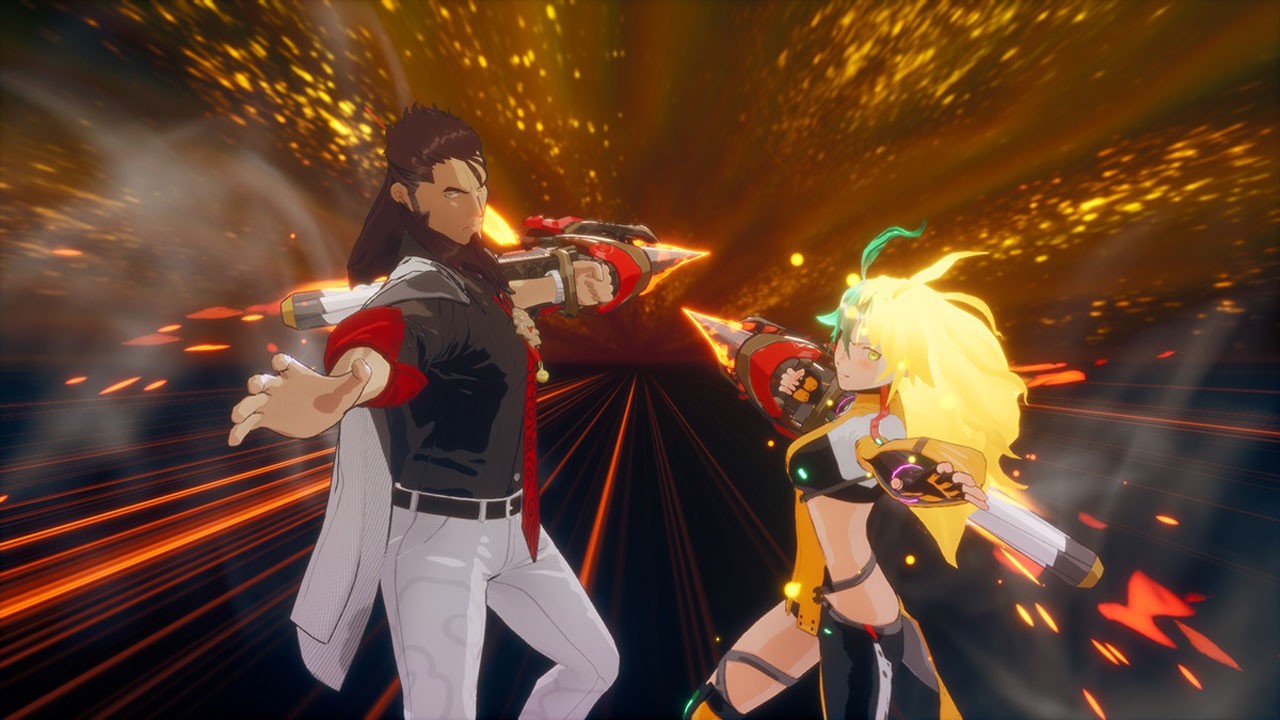 Have you ever had an Everlasting Gobstopper? It’s a candy that I first read about in a wonderful book, then saw in a fever dream of a film (R.I.P. Gene Wilder), and, finally, was able to purchase myself in a candy shop. The packaging and the reactions of people all over the place made me think this would be the best damn candy ever. A jawbreaker that lasts an absurdly long time and has multiple flavors? Sign me up! So you pop one in your mouth and you enjoy the first flavor. Then you wait. And you kind of, sort of, not really taste the second flavor once you melt away to that, but then it dawns on you. This is just a jawbreaker. It’s permanently in your mouth until it has run its course, and so you can’t cleanse your palette between flavors. Therefore, no matter what you tell yourself otherwise, you’re just awash in the same note over and over again. When I saw the CM and a bit of gameplay for Dusk Diver, a RPG brawler from JFIGames, PQube and several other publishing/developing entities, I was enchanted, and thought it could be a really cool experience. However, once you get through that first layer, you realize you’re going to be repeating those same ideas for a while. A long, long while.

The story and setting for Dusk Diver is cool as hell, I can’t lie about that. Basically, the Gods live in Kunlun, a sort of paradise Netherworld, and Chaos is a dimension where demons (called Phantoms) live and constantly try to invade the human realm and, well, murder everyone. The Gods can’t just seal away Chaos, so they need to deal with them every day between 5 and 7 pm: literally around dusk. Ximending is the real world city that, though its combination of fashion and energy, transforms into a mystical crossroads where Kunlun and Chaos sort of intersect, and it’s where the fight happens. When this happens, Youshanding is created, and, for 99% of humans, it pops up under their noses without any notice. For whatever reason, a girl named Yumo and her friend, Yusha, accidentally enter into Ximending one day while trying to hang out, and things immediately go insane. They are aided by Leo, a Guardian for Ximending, but, while trying to help, Leo accidentally transfers ALL his powers into Yumo, awakening her badass fighting abilities and making Leo seriously rethink his policy of helping people. Also, now Leo is reduced to a tiny stone lion whenever Yumo awakens her powers. Not wanting to overlook this rare opportunity, the Gods decide to recruit Yumo to their side, commanding her to work with them on a dual front. One, she will tackle dimensional rifts as they appear, going inside and beating the living hell out of all the Phantoms within. Two, she will work at the local convenience store alongside Leo and their boss (who appears only as a stone bear), because, hey, we got a business to run. 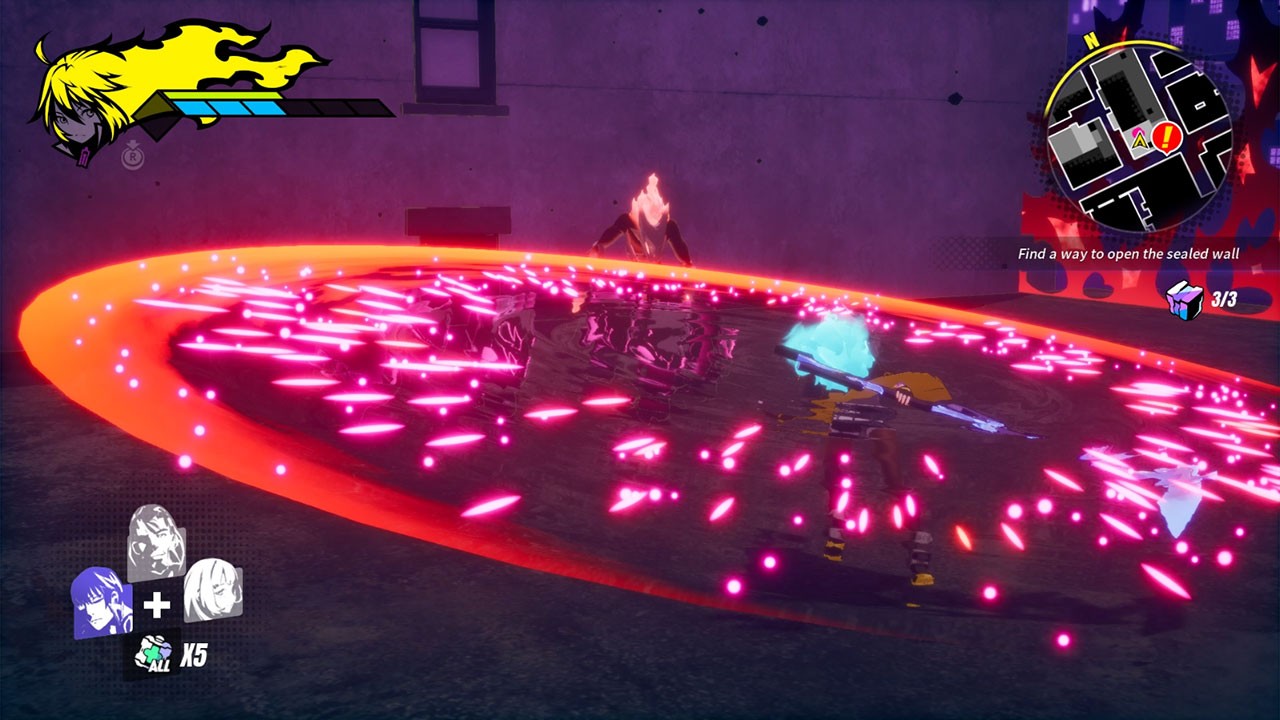 All of Dusk Diver takes place in a fictionalized version of Taipei that has done its best to remain true to the city, and the map detail is impressive. Though you won’t be spending a ton of time gossiping with locals about current news or things like that, the number of businesses who signed off to have their likenesses incorporated into the game is impressive. The result is a one-two punch of good marketing and great immersion to help give lift to the world of Ximending and all that Yumo is doing within. For years, we’ve seen a ton of games take liberties with the familiar streets of Shibuya, Harajuku and other parts of Tokyo because it helped to sell the game to Japanese audiences and those obsessed with the world of Nippon. Now, in the same swing, a very clever and forward thinking development team has brought Taipei to the world stage in the gaming capacity, and the focus on detail really shows, even if the Switch sometimes has difficulty with full rendering of the environment. Still, to see an actual Cold Stone Creamery at one point and be able to buy energizing food from locations that actually exist was pretty spiffy.

When it comes to the core mechanics and principles, Dusk Diver delivers in a fairly satisfactory way. Like all great brawlers, the combat ideas are simple: a light and heavy attack, combined with a “power assist” from one of several Guardians that joins Yumo (starting with Leo and expanding outwards), as well as a room clearing, limited strike that recharges every few waves or so. Figuring out how to combo together the light and heavy attacks creates insanely long strings, and it only gets better when you realize that the assist attack actually plays into your combos as well. Even early on, you quickly get into the mid 100s in terms of hits, and you can expect to hit four digits after a couple chapters open up. Everything feels very natural: light into heavy, heavy into assist, dodge, refocus, continue the strike. Yumo is a powerful heroine who is mostly accurate on her feet, though you can have help from the targeting system if that’s more your thing. Be warned, though: it takes a couple of tries to get used to how the camera locks onto enemies, and you’ll need to constantly refocus if you want to stay in the groove with the beating.

Enemy waves are generous without being totally overwhelming, though you quickly realize that this brawler has certain musou traits that may or may not gel with you. For example, at any given time in Dusk Diver, you might see, on screen, roughly 30 or more enemies trying to come at you. Don’t worry, the AI is programmed to be a bit more passive and basically wait turns to strike at you. This is to give you time to maximize your combinations (which don’t break just because you take a hit and there is a GENEROUS downtime cooler before the combo stops) and to allow you to cycle through Guardians. As you play through the game, you gain experience points that can be slotted into both Yumo’s own stats (strength, agility, luck, etc.) as well as unlocking longer, more potent combinations for her hits. Additionally, you can unlock further hit combinations from the Guardians, resulting in the stupidest, most satisfying amount of damage you can possibly inflict on one poor Phantom who was stuck in your crosshairs. Between juggling, bouncing and relentless overkill, you can really deliver the pain. 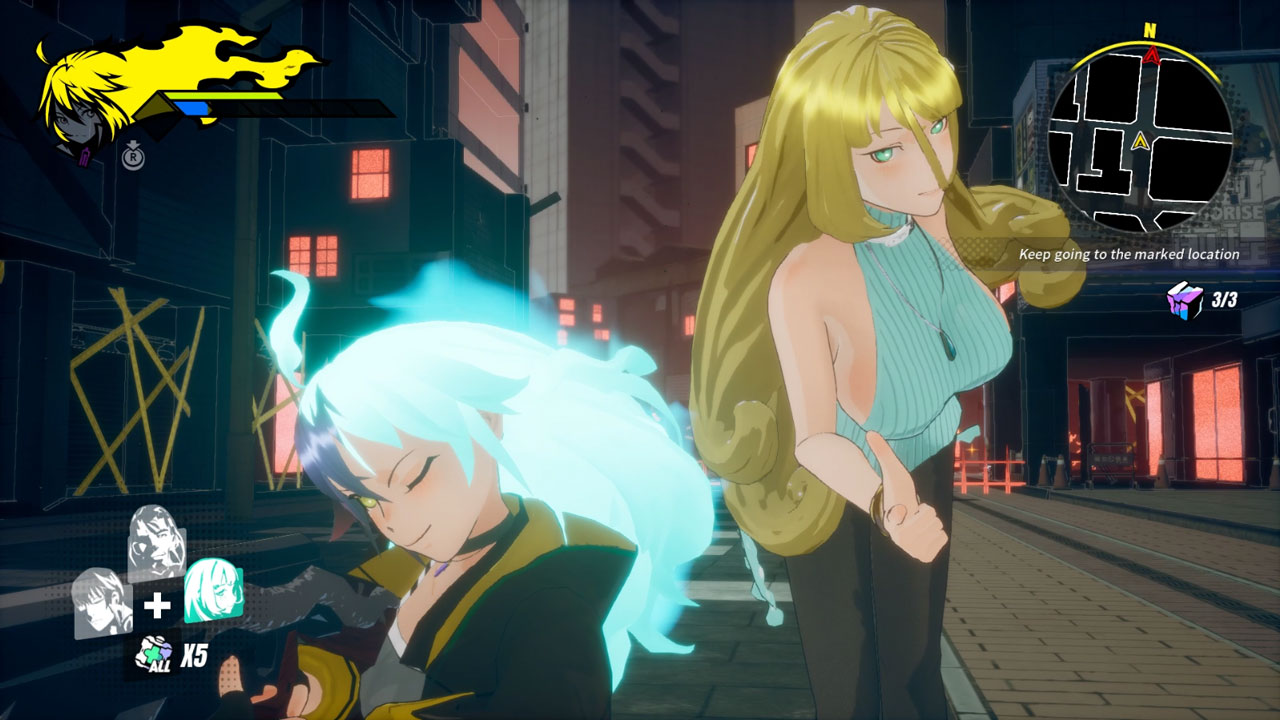 There is a price for this level of mayhem satisfaction, however. Dusk Diver requires players to get good and fast, or else grind out the meantime to pay the piper. Let me explain: when you get into your first Dimensional Rift, it requires the payment of Dragon Vein Stone Shards, which you get from completing quests and doing missions. The first Rift is one Shard, which Boss gives you, no problem. The second Rift, however, is 4 Shards, and the only way to conceivably do that is to get an S rank back on the first Rift. While this might not seem like a big deal, I had to play through that Rift a few times before I was able to hit that level, even though I suffered almost no damage each time.  And this isn’t a one time thing: time after time, Yumo has to revisit chapters, run additional quests and basically play the game to the bone in order to progress, and it wears on you. I like brawling, but I also like feeling like I’m getting somewhere. Having to redo the same missions time after time doesn’t feel rewarding or satisfactory: it’s just a chore.

It sucks, because there is a lot about Dusk Diver that I really enjoy. The aesthetic is phenomenal, and I enjoyed seeing how far the city expanded and buying food from vendors to get passive skills in battle and up my friendship with the different Guardians. The voice work is top notch, and I commend JFI for the names they got to add their talents to everyone. And, when the game is moving along, the storyline and atmosphere are interesting, the graphics look pretty damn good, and the fighting is exciting and has an equal amount of challenge and satisfaction when you’re in the middle of a massive combo. The level up system is decent, and it has enough spice to make players interested and keep things interesting. But the need, the inherent nagging push to be a perfect fighter, really bums me out. I’m not a brawler by trade, just in my free time, and I hate the idea of needing to turn my focus up to 11 and know that my failure to achieve near perfection means repeating the same things again and again. Maybe for some people it’ll be a grand pull, but, for this player who is on to the next game by next daybreak, I gotta leave Dusk Diver behind like the setting sun.

A fantastically cool brawler with brilliant design and voicework, Dusk Diver really hamstrings itself with necessary grind that turns cool into chore.