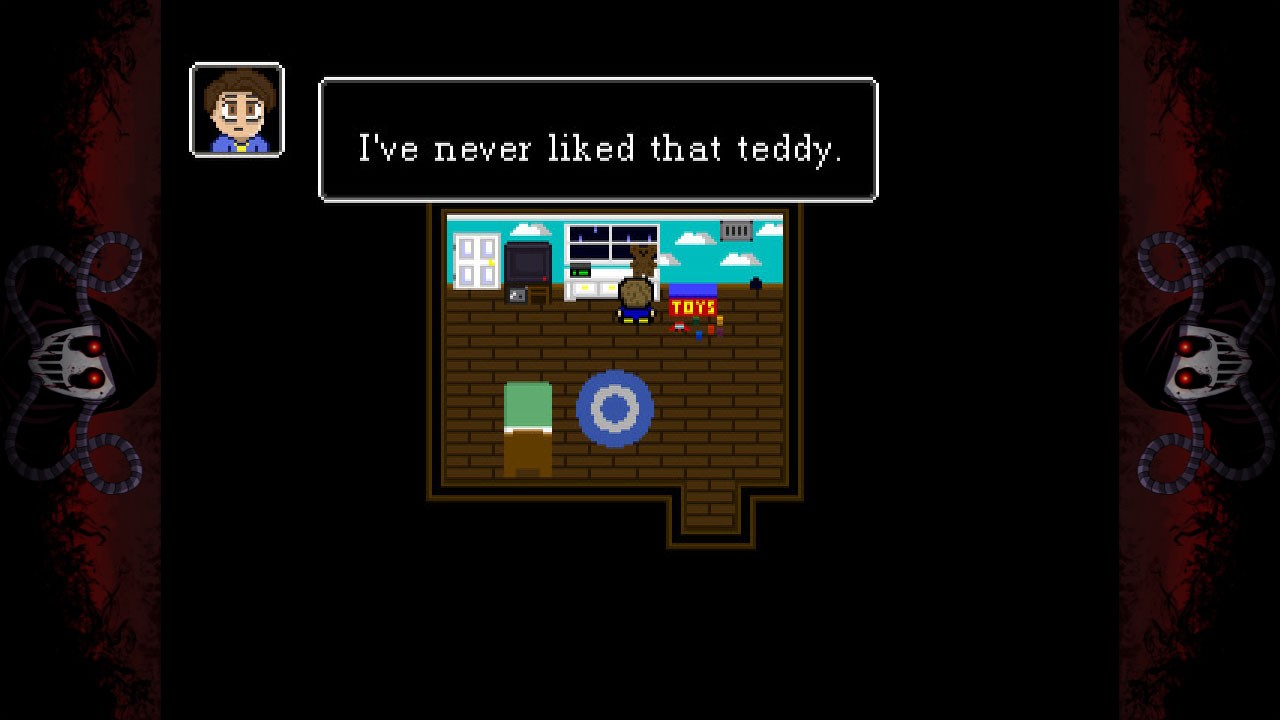 Looking for the perfect game to get you in the spooky mood? Halloween is just around the corner after all. If the answer to that question is yes, then I may have just the game for you. Developed by Stranga, Just Ignore Them is a new puzzle/point and click game, that focuses on deadly monsters that seem to plague one man’s entire existence. So is this game something you simply can’t ignore, or is it something that’s best left on the shelf? Let’s investigate and find out!

So just a forewarning for all you horror fanatics out there, this isn’t a jump scare heavy game, in fact there are no jump scares at all. Instead, Just Ignore Them relies on a creepy narrative, that slowly feeds you information about the monsters; it’s more like reading a virtual Stephen King book, rather than a stereotypical horror game (in the nicest way possible). The game is divided up into chapters and follows the character of Mark from his first encounter with the monsters in childhood, all the way up to them still following him into his adulthood. I must be honest and admit, I wasn’t too keen on this idea. My favourite section of the entire game was the first Chapter. In which Mark is a young boy, trapped in his house, looking to save his Mother from said Monsters. As the game progressed into his adult-life, I found the game becoming less scary, or meaningful. Couple that with the fact I didn’t find the other characters introduced in these sections as compelling as Mark or his family. This is merely my opinion, and it’s not say the rest of the game is bad, it’s not by any means, it’s rather engaging. But I just wish it kept the same pace/fear factor of the first chapter. 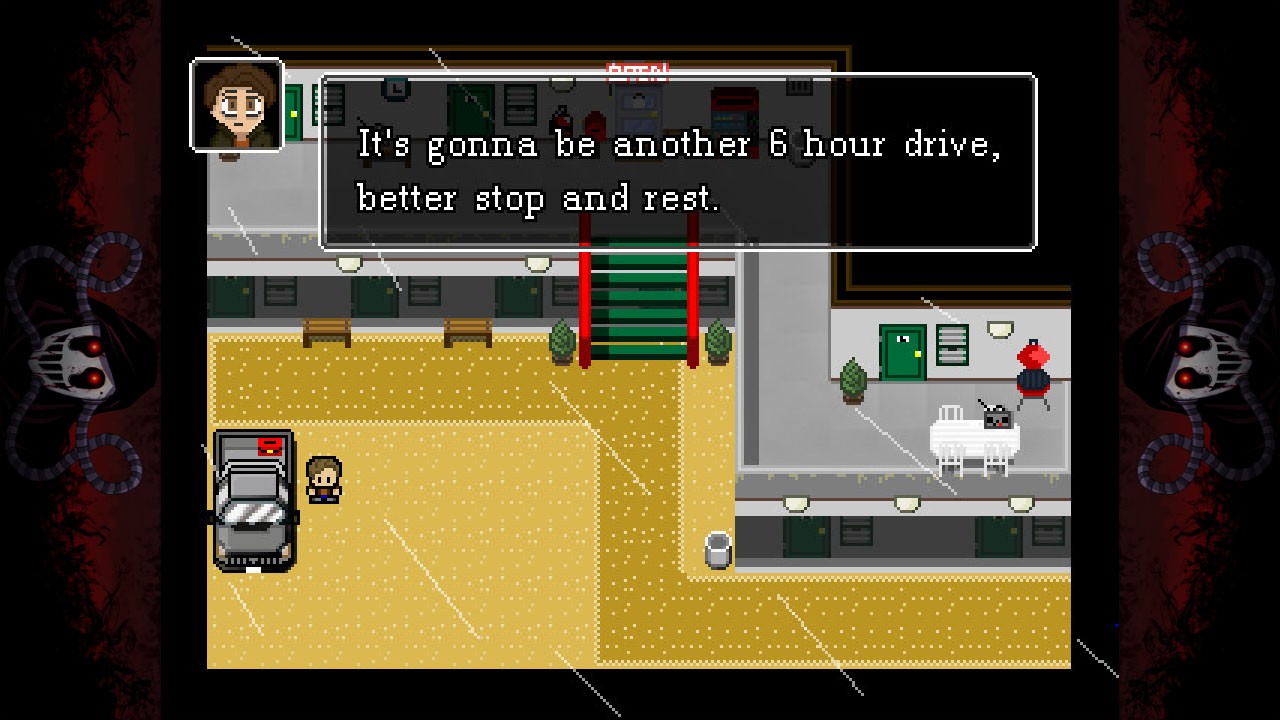 Whilst the narrative is rather straight forward, I do commend Stranga for creating an intriguing narrative that kept me playing until the very end. I will be blatantly honest and admit, when I discovered the game was a point and click, I was somewhat worried. However, all worries were as I mentioned earlier, cancelled out when I began the first chapter. What’s great about the control mechanics are their simplicity, with many puzzle games I have found that they try to make up for its simple narrative, with overtly complicated controls. However, Just Ignore Them keeps things very simple, the most complex thing you may have to do in this game is solve the puzzles themselves.

The graphics are retro and very much indicative of the kinda games I love. If this game was released back in the day, I could easily see it becoming a success on the original Nintendo DS, or any portable console really. It did weirdly give me a comforting sense of nostalgia, which I am pretty sure isn’t the main objective for a horror-based game, but hey, that’s how I felt. The character designs were also something I quite enjoyed. Mark whilst somewhat generic-looking, was very well designed, but the true stars were the monsters. Despite being pixelated, they were still creepy, and you just got a sense of how intimidating and fearful they were supposed to be.

Now because it is a retro style game, there isn’t any sound, apart from the odd, ‘ding’ here and there when Mark or another character is alerted to something around them. I do understand why this decision was made, in order to keep within the boundaries of the classical point and click, but I think a little bit of sound could have made the monsters that much scarier, even if it was the one, jump-scare-esque moment. But perhaps the biggest missed opportunity, is the lack of creepy music. The game is so quiet and I felt I had to turn my volume up to the max just to get some sense of atmosphere. The main goal of any horror game (in my opinion) should be to unsettle the player, which the game didn’t really do. 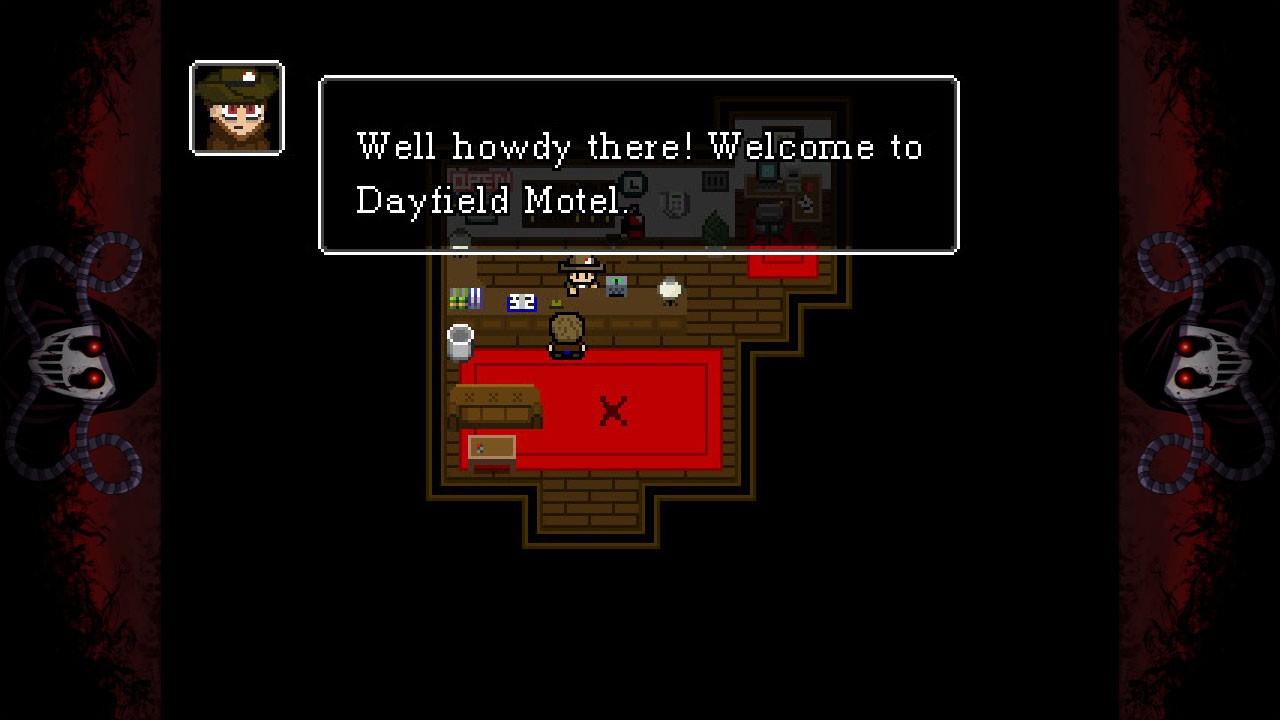 Before we enter the conclusion, I am in two minds about Just Ignore Them. On the one hand, the game is very well put together, with a compelling narrative. However, on the other hand I have to remember that this game is intended to be a horror game. Does it have its creepy moments yes, but they are few and far between. So I whilst the game is a good game, it isn’t necessarily a good horror game… if that makes sense?

To conclude, I would recommend playing Just Ignore Them, because it is a rather interesting game that I enjoyed playing. However, the fact that it’s supposed to be a horror game is what drags my final rating down (sadly) because the game just isn’t scary in any regards. At the beginning of this review, I posed the question whether or not this is one to pick up for Halloween, and my answer would be yes, but you could easily play it at any point in the year. Simply because it doesn’t strike me as terrifying. Just Ignore Them currently retails at £3.99 on the Playstation Store, a price which I think is fair for the high quality game you receive.

Halloween is just around the corner, but is this game a true fright fest or is it something you’d best ignore?