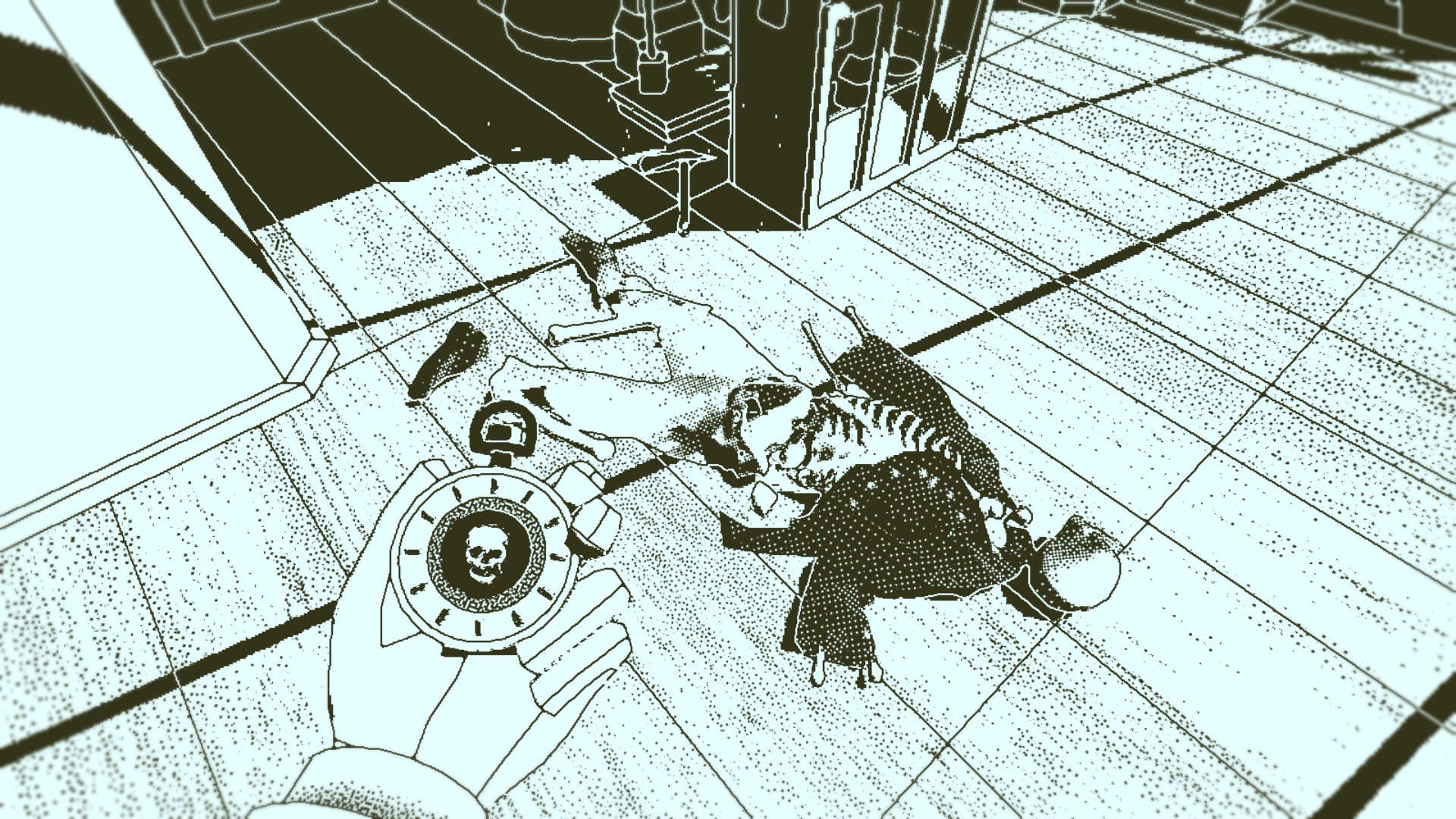 It is a common place for games to be advertised as ‘Walking Simulators’, as this particular genre pulls in players from all demographics. While many titles of the type, have very little to offer beyond the titular walking, then there are some games which demean themselves with the ‘Walking Simulator’ tag, as in truth, they offer much more than that and as it happens, the recently released Return of the Obra Dinn, is just one of such games.

One of the things which jumps right at you, after turning Return of the Obra Dinn on for the first time, is the fact that the title at hand gives you an option to fully customize its truly unique visual façade. While objects, environments, and character models remain the same, then the colour scheme changes entirely and this has been done to further establish Return of the Obra Dinn’s old school feeling, as all the colour schemes represent screens of the yesteryear, and those include Macintosh, Zenith, Commodore, IBM, and more.

The host of visual options which is on offer within Return of the Obra Dinn, is surely welcome, and does add that little, special touch to the gameplay. However, no matter which colour scheme you choose, Return of the Obra Dinn always looks great, regardless of the tint and this has more to do with the titles aesthetic design, more than anything. From the get go, it can be observed that Return of the Obra Dinn is a passion project, crafted with attention and detail, which is usually missing from most modern titles. 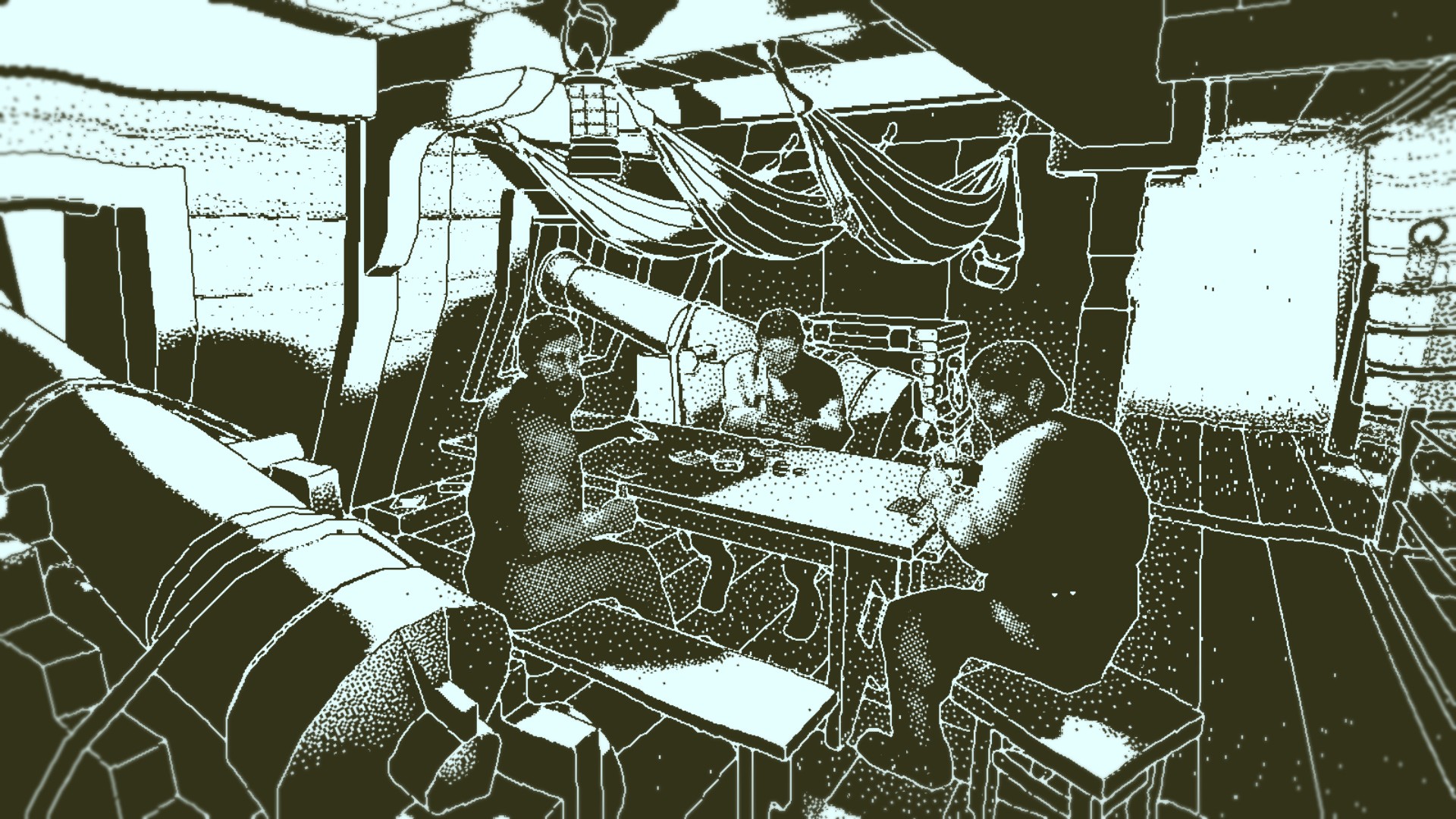 The excellence in design doesn’t stop with visuals, as it leaks both into level design, and most importantly gameplay. Most games of the first-person adventure kind are full of on-screen furniture, and other digital clutter, which commonly does not only obscure the objects of interest, but also, more often than not, it does not fit with the rest of the game. But fortunately enough, Return of the Obra Dinn does not suffer from such issues, as all the on-screen prompts have been replaced with audio-visual queues.

Within Return of the Obra Dinn, whenever you approach an object of interest, your character will always react to it, by either extending her hand and holding onto it, or by pulling out a pocket watch which plays a big part in the game as a whole. Whenever she does so, you instantly know that the object, which is quite literally at hand, can be used, or be interacted with and this allows for seamless and intuitive gameplay, which ultimately allows the narrative to take the centre stage, while you act as a catalyst to its events.

On paper, the narrative of Return of the Obra Dinn is fairly simple. You are a representative of the East India Company, who has been sent on board to investigate death, and in some cases disappearance of the titular vessel’s crew and passengers. This is where the aforementioned watch comes into place, as its ‘Memento Mortem’ ability allows you to, as the phrase suggests, ‘Remember Death’ and whenever the ornate skull watch appears on the screen, you can trigger a flashback of the corpses moment of death.

The flashbacks are interactive freeze frames, which allow you to explore within the environments and investigate each and every minute detail of the event. Once the flashback comes to a close, you have to use what you’ve learned to determine the name of the person, cause of death, and the assailant. However, one scene is never enough to deduct all three of the above, and what makes the proceedings even more complicated, is the fact that the events, as you experience them, are not in chronological order. Meaning that all the way until the very end, you are the only one who can deduct what really happened, why it happened, and most importantly when. The sense of discovery which is prevalent throughout the title, elevates it that one level beyond your Everybody Has Gone to The Raptures, and other What Remain of Edith Finches. 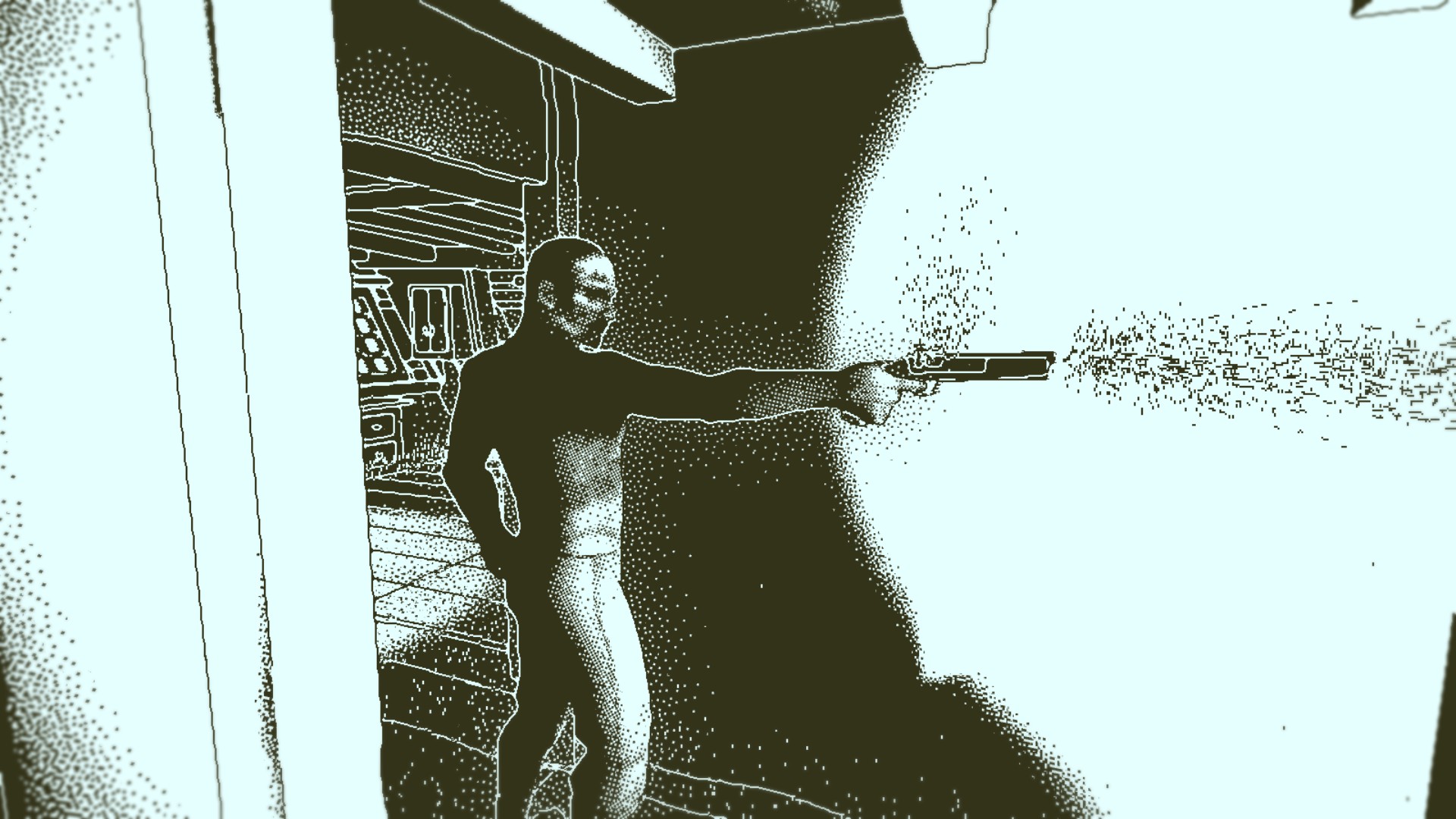 The core narrative of Return of the Obra Dinn is simply superb, as with its twists and turns it is constantly keeping you on your toes, while having you ask yourself ‘What’s Next?’, and always yearning for more. But the very best thing about Return of the Obra Dinn’s story, is situated within the fact that it is not structured like the narratives of your typical first-person adventure games. While having the game play out in a seemingly random order may seem a little eccentric at first, then by the time you’ll investigate the first 6 victims, you will instantly realise that the lack of the chronological order, is the catalyst behind Return of the Obra Dinn’s excellence and this truly has to be experienced first-hand.

Recently, I had a misfortune to play Post War Dreams, a game so bad, that I failed to say a single positive thing about it. And now, the tables have turned, as I am truly struggling to say a single negative thing about Return of the Obra Dinn. The gameplay is superb, the art style is fantastic, the narrative is borderline-perfect, and the technical performance is razor sharp. And best of all, unlike the recent The Bradwell Conspiracy, Return of the Obra Dinn stands on a neutral ground – meaning that it is much more approachable, and will likely hit home with a much wider audience and in order to achieve that, Return of the Obra Dinn didn’t have to sacrifice even an ounce of its creative licence.

Return of the Obra Dinn, is a masterfully crafted, and expertly written experience, which without a shadow of a doubt, is by far the best indie game of this generation. While this gen has seen some excellent titles in The Witness, Inside, and Dead Cells, then none of them were nearly as uniform, and iron-clad as Return of the Obra Dinn, as from its most minute detail, all the way up to its grandest designs, Lucas Pope’s Seafaring epic, is nothing short of perfect. Anybody who has the gull to call Return of the Obra Dinn a walking simulator, or even just a puzzle game, will do it a grave injustice.

Return of the Obra Dinn Review

Return of the Obra Dinn is by far one of the greatest, if not the greatest indie game of this generation. The Finnegan’s Wake of video games.