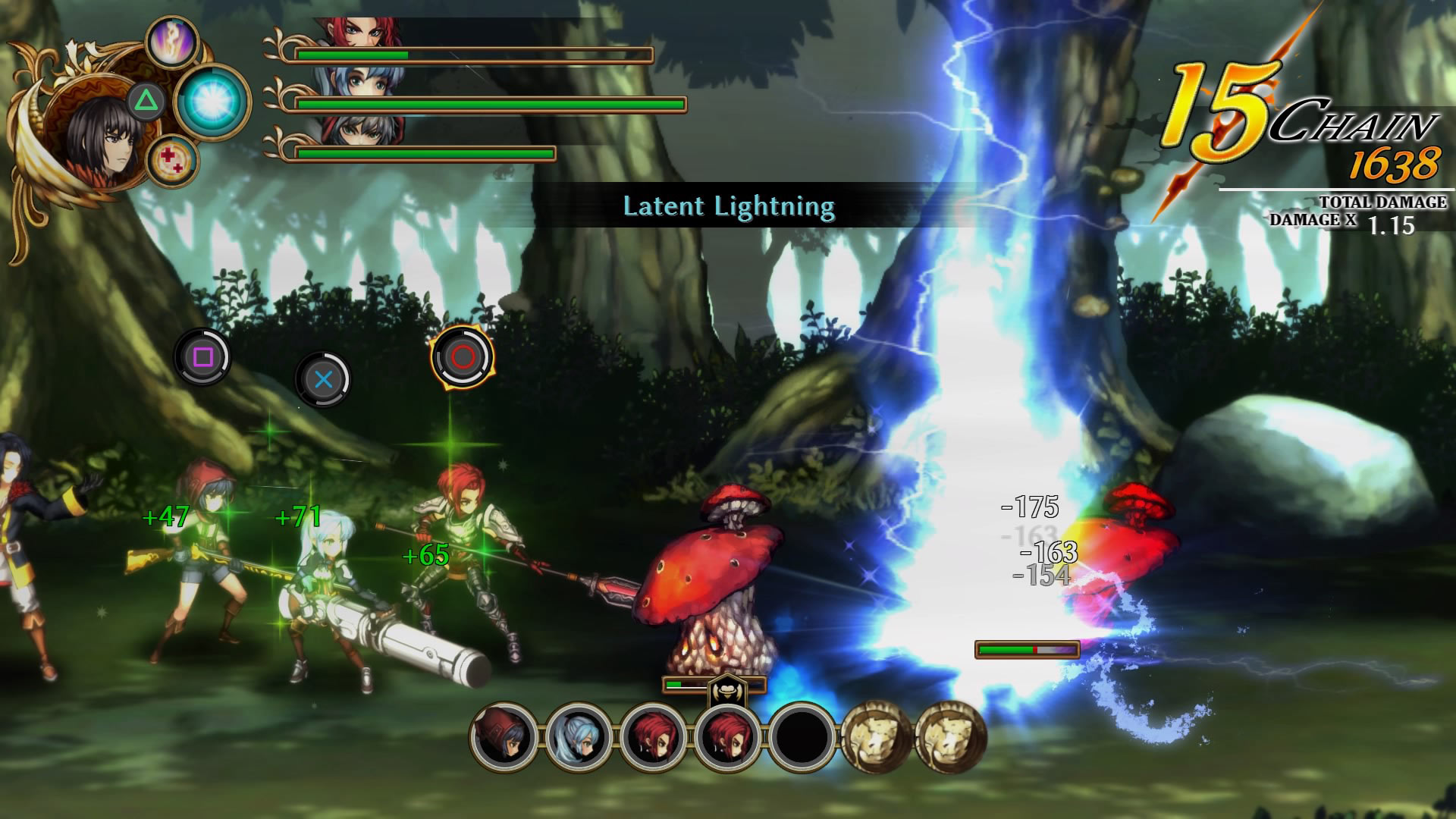 Due to the modern industry’s focus on large, open-world games, it can be difficult to find a linear and story-based experience that really stands out, be it due to its gameplay, art direction or plot. Thankfully a small amount of titles exist that are equipped with these qualities and Fallen Legion: Flames of Rebellion might just be one of them.

Set in a ravaged land of magic and mutiny, the protagonist Legatus and his army fight to overthrow the corrupt royal family of the Fenumian Empire, and his choices are dependent on player input. The concept is interesting in that battles and choices feel weighted, but the game drops you into the narrative with no clear world-building, and it relies on exposition through dialogue to catch the player up on what is happening. While this method of introduction feels more natural when compared to other games such as the previously reviewed Revenant Saga, it can be off-putting to those more interested in the dynamics of a fictional world. 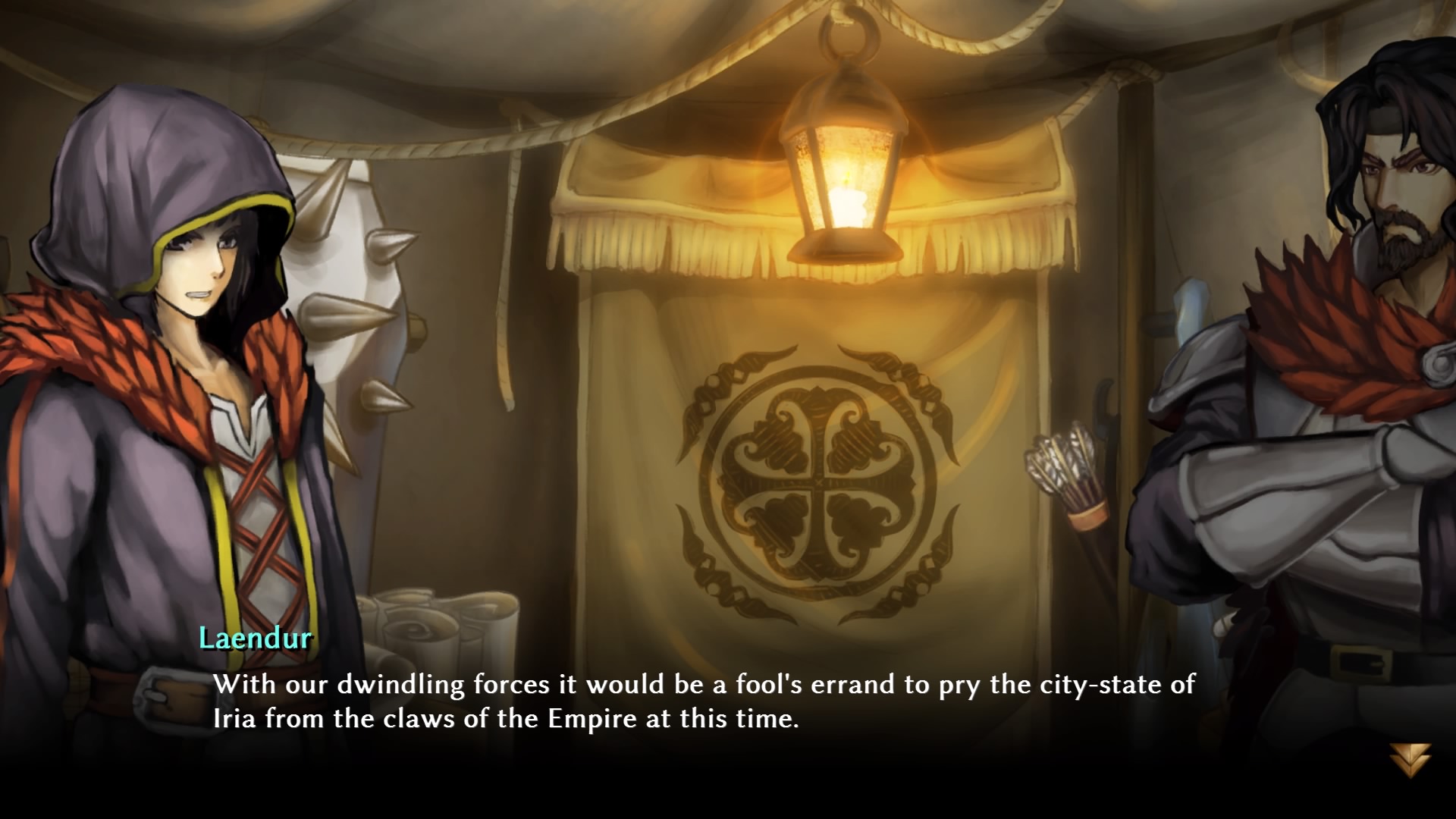 While the story is slow to start, the action and roleplaying elements of the game’s combat are enjoyable and quite unique. The player controls the Exemplars, living weapons commanded by the protagonist, and Legatus himself to defeat enemies, using one of three Attack Points per move. When AP is used up the character cannot act, so the player must be patient and fight the compulsion to button mash. You block with L1 and correct timing earns you one extra AP, which feels very rewarding and proves crucial to gaining the upper hand in most fights. If you weaken a boss enough you can enter ‘Break’ mode, which allows you to attack them nonstop for a limited time. At first it can be easy to lose track of what is happening due to the busy visual design, comparable to games like Darkest Dungeon or the Blazblue series, but the presentation becomes familiar after a few fights.

Unfortunately on Normal mode once you master blocking and timing, combat can be quite easy. Legatus has the ability to heal and revive his Exemplars as well as a panic button called ‘Desperation’; if your entire team is defeated you can charge a powerful attack or quickly revive one of your Exemplars, meaning you can jump back into combat with ease. In spite of this issue combat can be incredibly fun when played patiently. A compelling feature is the Choices you make between battles; you are presented with a scenario that might impact the fate of your empire and must choose one of three solutions, varying from congratulating a captain to executing a traitor. Seeing how these decisions play out after combat is interesting and adds to the games’ replayability. An unusual aspect of the game is its controls, which are limited to combat, decision-making and map-hopping, each of which is simplistic when you consider the game’s control scheme. It would have been nice to take full control of Legatus and freely move about locations in the game, but for whatever reason this isn’t doable. 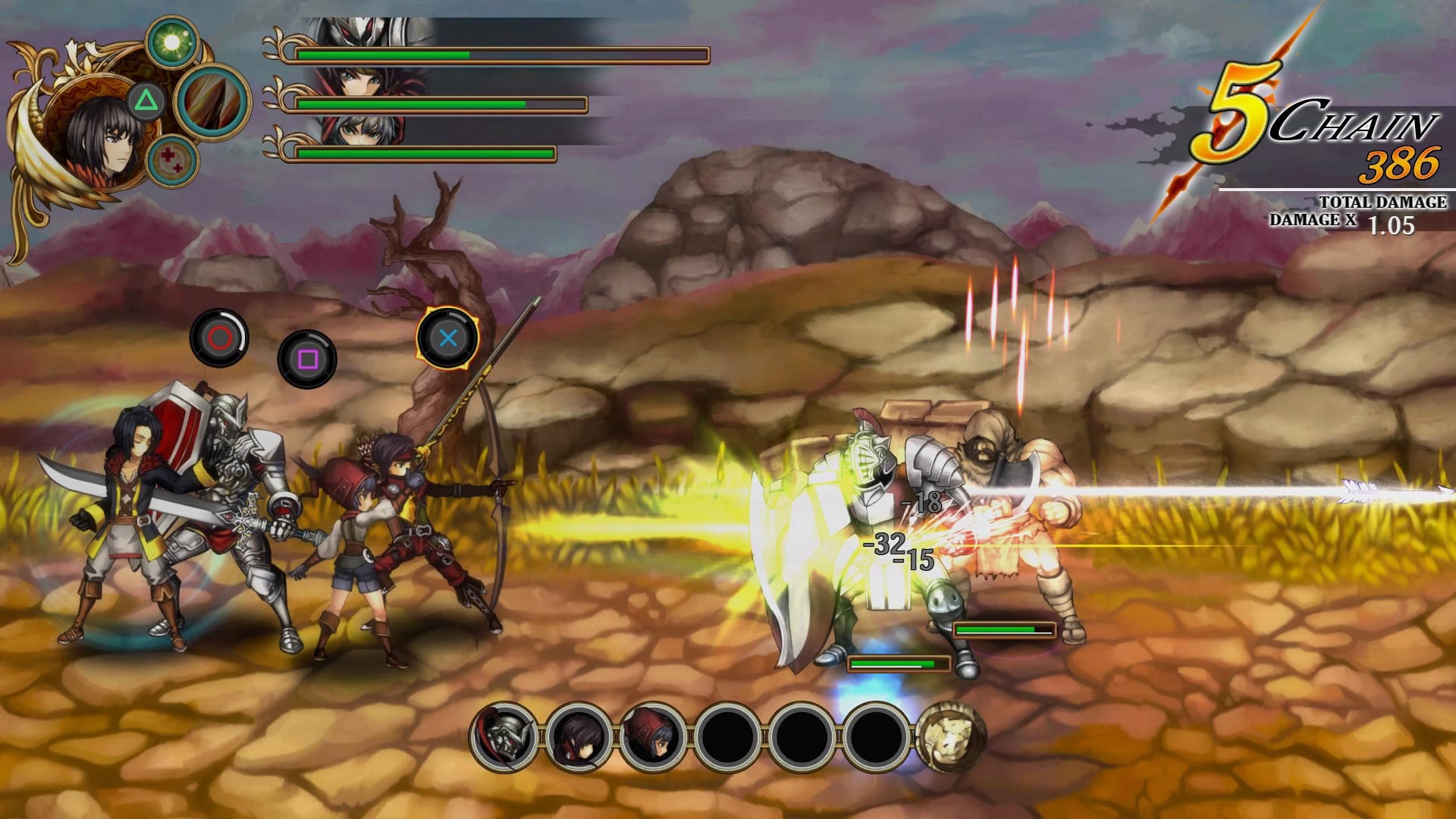 Although the combat and gameplay of Fallen Legion have problems, the visual design and soundtrack are legitimately impressive. The game features a cartoonish hand-drawn style somewhat similar to anime, but it is distinct enough to stand on its own. The character designs look pleasant with great animation during combat, and the world is beautifully drawn. Though the game has limited sound effects, the soundtrack is a pleasure to listen to. Implementing drums, electric guitars and flutes it creates an exciting tone that fits with the action-heavy gameplay. It is nicely composed, catchy, and definitely one of the best assets of the game.

Overall Fallen Legion: Flames of Rebellion impresses with its quality, in spite of a few setbacks, and deserves a play from lovers of action/roleplaying games. A first in the genre for the team who created it, Fallen Legion has a tangible passion that will hopefully take them far.

Fallen Legion: Flames of Rebellion impresses with its quality, in spite of a few setbacks, and deserves a play from lovers of action/roleplaying games.