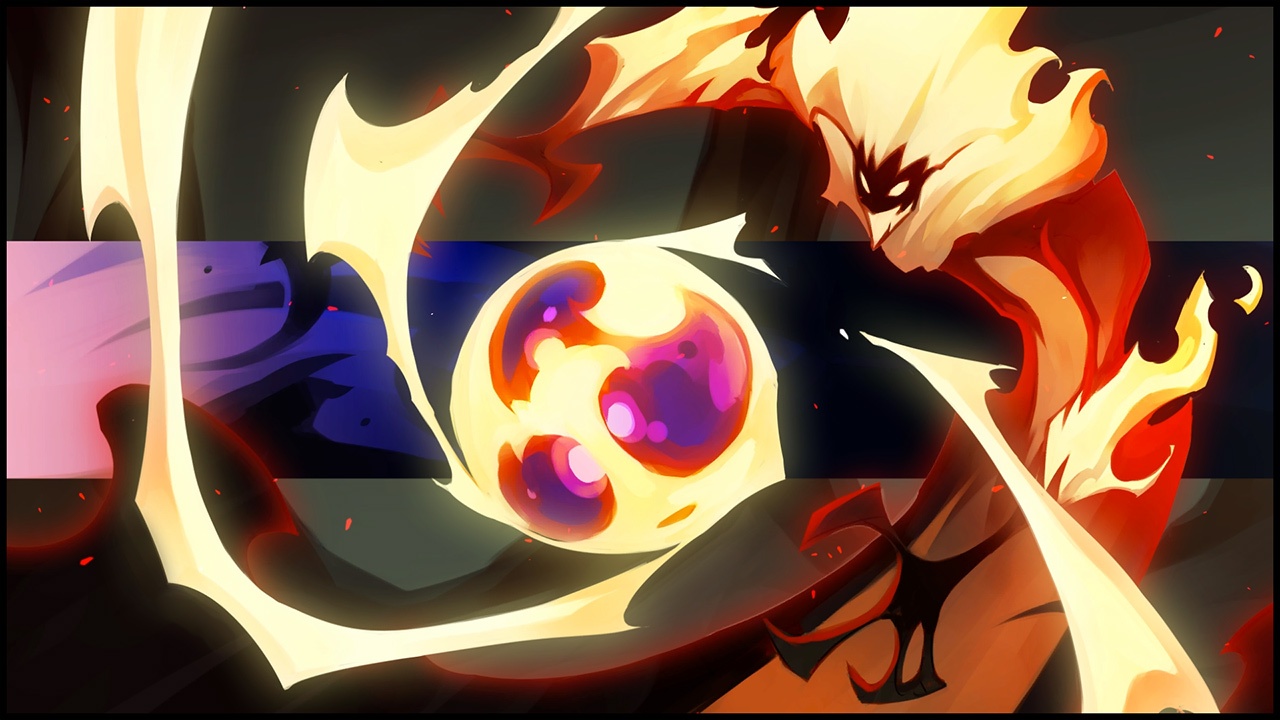 Pankapu is a game with potential; hailing from a successful Kickstarter campaign and a small company with big artistic talent, it is the type of game that easily attracts its demographic. While the odds are stacked in its favour the overall experience is a flawed one, where the slightest tweak might have drastically improved it.

Told in the format of a bedtime story, the game is set in the dreams of a troubled child called Djaha’rell, where titular character Pankapu fights to protect the fantasy world of Omnia from Gangreyn, the Prince of Nightmares. The story is a simple one with an unnerving subtext that while interesting, struggles to pick up real intrigue in the game’s opening hours, which are spent traversing the world with a companion named Chii. While the story as a whole is solid the attempts at humour, especially with Chii, fall flat in most instances and cause an inconsistent tone that sadly persists. 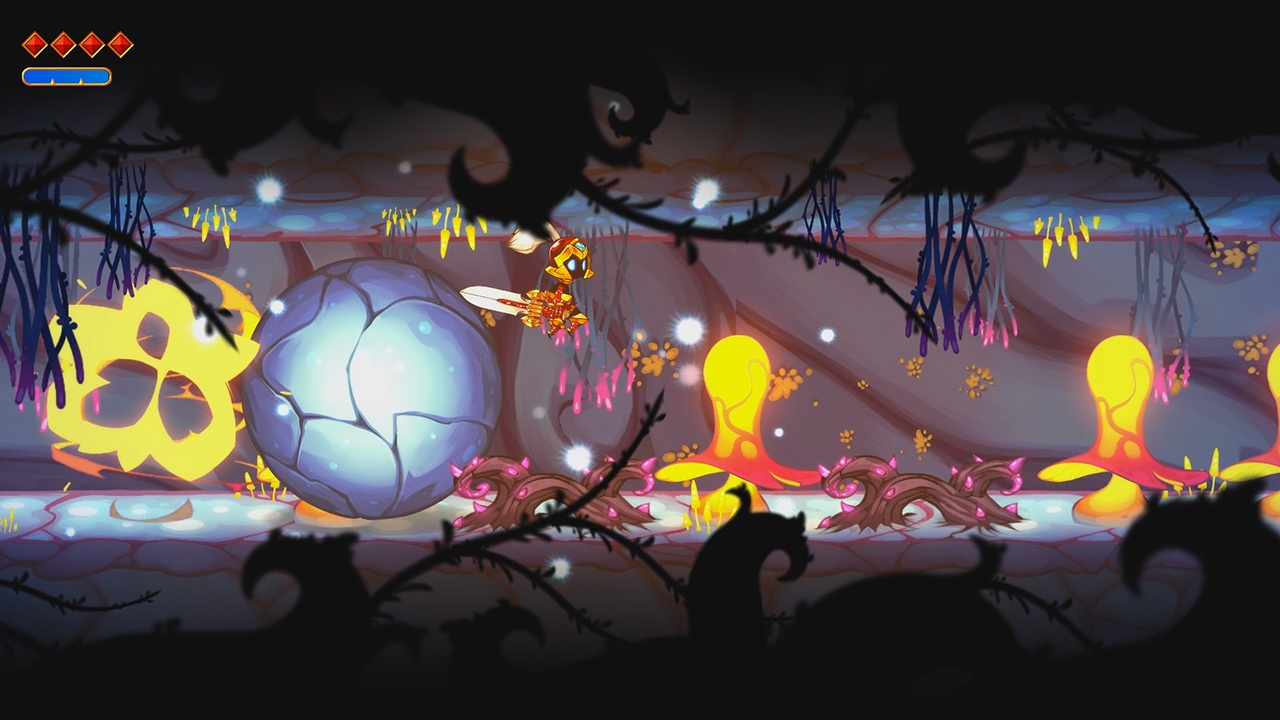 In terms of gameplay, Pankapu attempts to go back to the roots of Action/Platform games with a simplistic but fun design, using a control scheme that is easy to use. It isn’t without difficulty however; generic enemies can take up to five hits to defeat, jumping in the game feels weighted and you are unable to block when in the air, so some precision is needed when making jumps and attacking airborne enemies. An element of combat that proves to be flawed is how the player character is armed to face it; for some reason he stays still when attacking enemies, allowing them to swarm and overwhelm him, and there is a pause when the attack animation finishes where the enemies can land a hit which can’t be blocked. The inability to block while jumping can be a nightmare against flying enemies and projectiles, and the fact that your block doesn’t defend against back attacks makes it even more irritating. What makes this worse is the fact that blocking is crucial to building up points for a stronger attack which can take out lines of enemies, saving time and possibly health.

Pankapu’s worst offence comes in the speed of its gameplay; the movement speed of the player character is slow when compared to most platformers and an abundance of time is spent waiting for obstacles like spikes in the floor to sink away, allowing progression without damage. While there are instant save points scattered around, they are often spaced out far apart from each other, and long-winded segments will have to be repeated if the player character’s health is depleted, giving an artificial length to some levels. Finally there is the platforming, which is dragged down by small hitboxes and fast-moving platforms that can easily be missed due to the slow movement speed. A quick fix to the hitboxes of smaller platforms would have made traversing levels easier and frankly fairer. 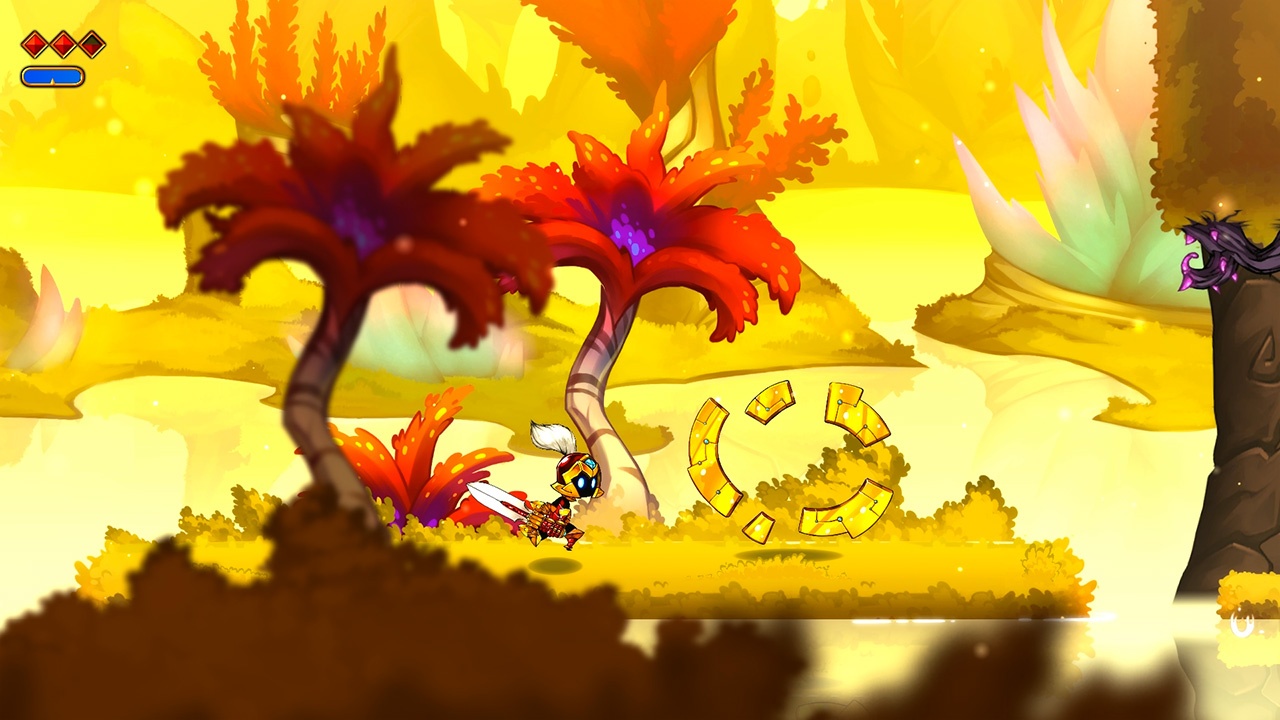 If there is an aspect of the game with definite quality it is the visuals. Pankapu has a cartoonish art-style that looks unique when compared to other games with ‘cute’ designs. Colour is used to make both the characters and backgrounds look lush and vibrant. The method used to add shading to almost everything is equally impressive, and it gives the game an extra touch of life. Attention to detail that solidifies the game’s bedtime story theme, such as the pages of a storybook being used for the menu are an excellent addition. The soundtrack has a charm comparable to the original Rayman’s music, but some songs are short so they loop often.

Pankapu is a likable game, but it is bogged down by questionable decisions in its combat and pacing. Action/Platform fans may find something to enjoy, likely the visuals and story, but the games problems will likely prevent them from finishing it.

Pankapu is a game with potential. While the odds are stacked in its favour, the overall experience is a flawed one.