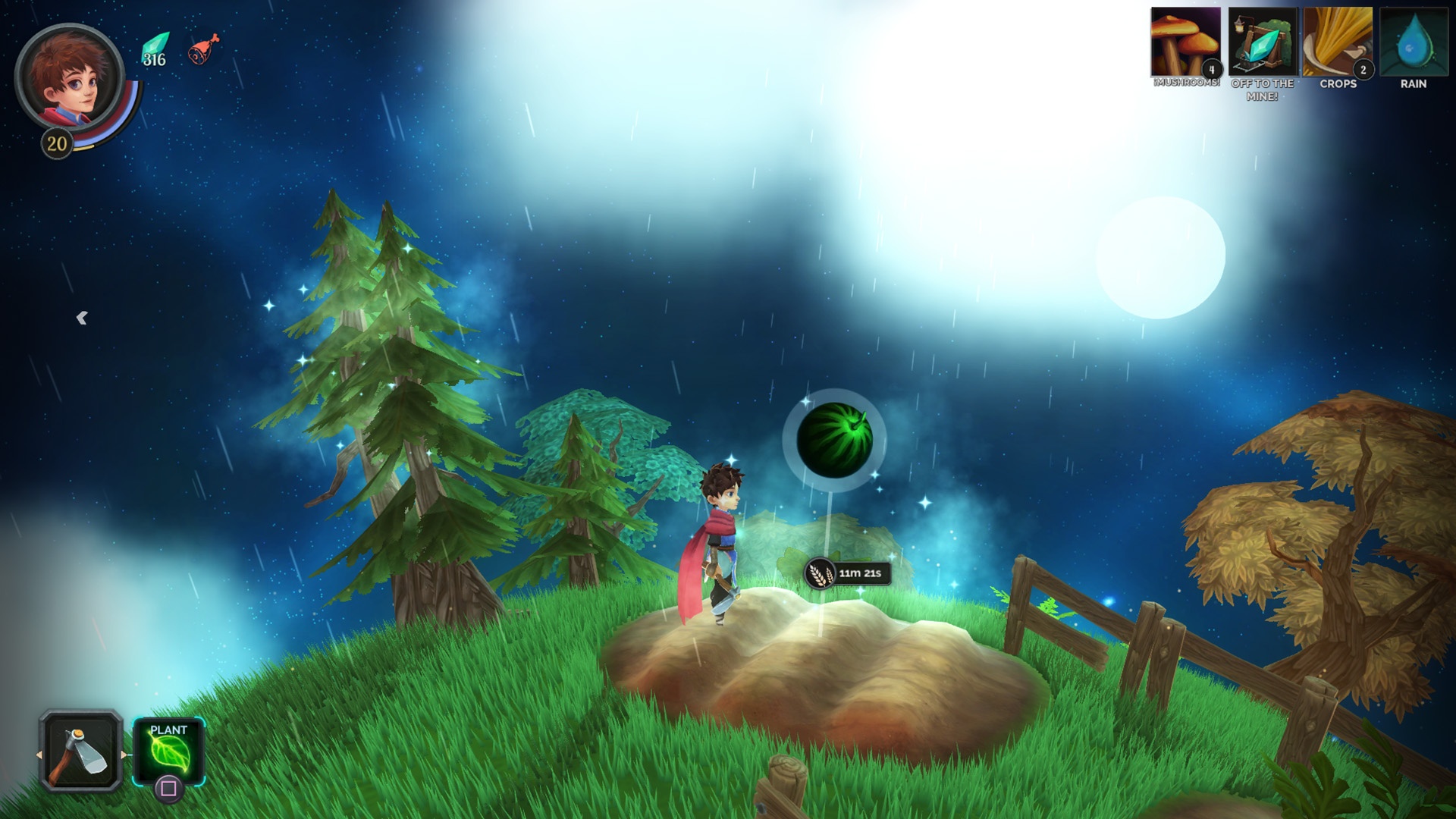 Farm simulation games can be difficult to get right; balancing the grind that comes with resource gathering and the rewards given in return, they walk the unsteady line of player engagement with every step. Deiland not only attempts to find the sweet spot in this problem, it also tries to put its own spin on the formula. Kickstarted and developed by a small team called Chibig, Deiland wears its inspirations (namely games like Dragon Quest and Stardew Valley) on its sleeve and it shows; taking heavily from the children’s book The Little Prince the game is, in a nutshell, Harvest Moon on a tiny planet, and it’s adorable.

The plot of the game is simple enough: a child created by the universe called Arco is sent to the dwarf planet Deiland in order to awaken the Crystal deep within it. Explorers from across space will stop by as Arco looks after his planet, and they are all quirky in their own ways so interacting with them is intriguing. It is a shame that the Spanish speaking team behind the game seem to struggle with writing in English, as dialogue sometimes appears very stilted with examples such as ‘I have not any orders for now’. While this was unavoidable if no one on the team spoke fluent English, it is a fault that is noticeable. 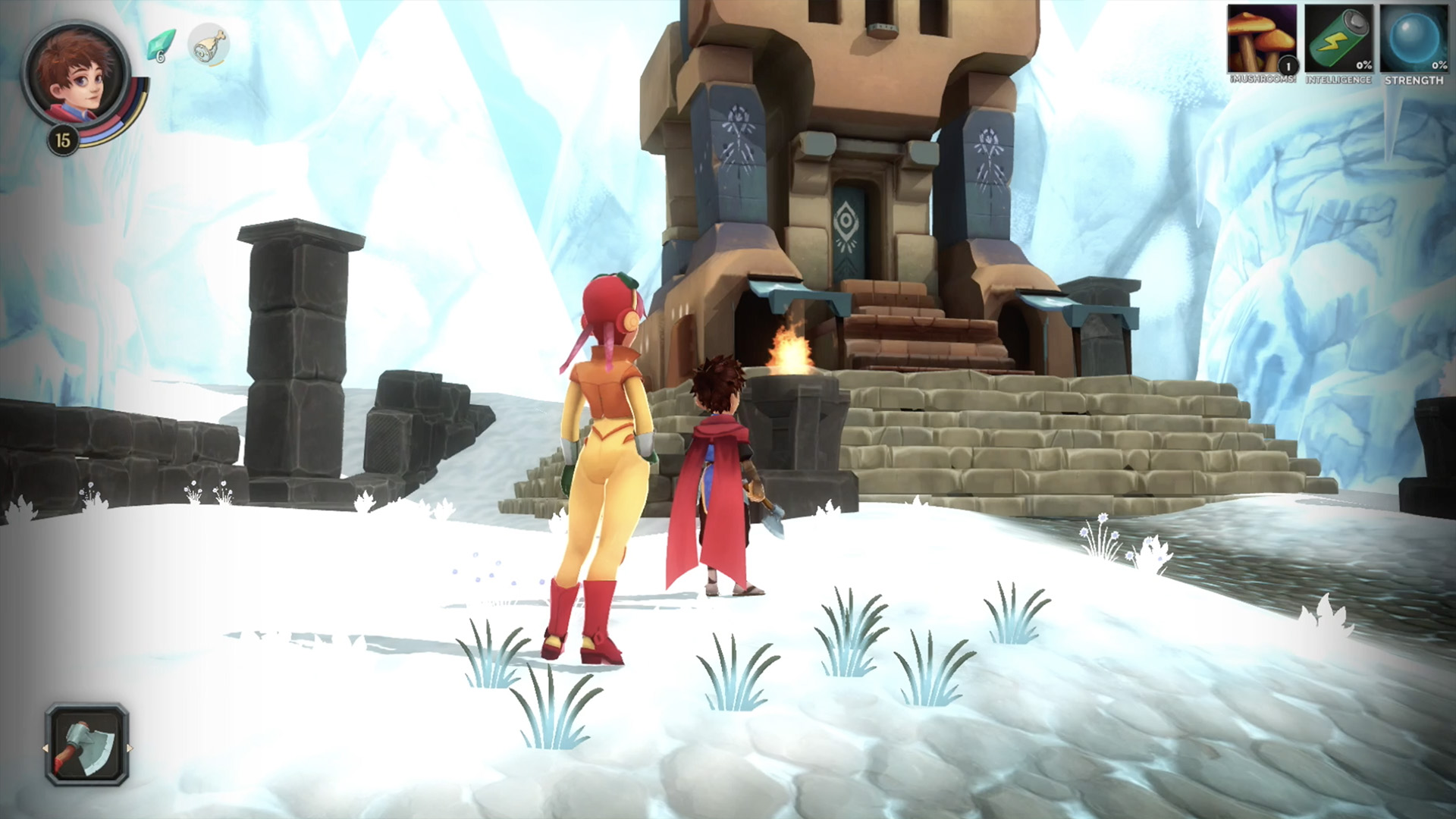 Self-described as an ‘RPG, adventure and sandbox game’, Deiland offers much to lovers of the roleplaying and simulation genre; as Arco the player can explore the titular planet to gather minerals from rocks, cut down trees for wood, plant seeds to harvest and so on. Much is left up to their player and not much instruction is given once the tutorial section ends, for example they can cut down trees to create a bucket for watering crops, or they can build fences to protect the crops from alien enemies.

While this freedom might sound exciting at first, it comes at the price of resource gathering which can feel monotonous for those not fond of grinding. If this aspect of the game can be accepted or at least forgiven, it can feel rewarding to see Deiland develop, especially when advanced upgrades are unlocked after longer bouts of resourcing. The game is very approachable in terms of difficulty; the controls are simple and time is mostly spent interacting with the world and looking through Arco’s gathered items and missions. There are enemies that appear sometimes and need defeating, but this can be done quickly without much damage taken. 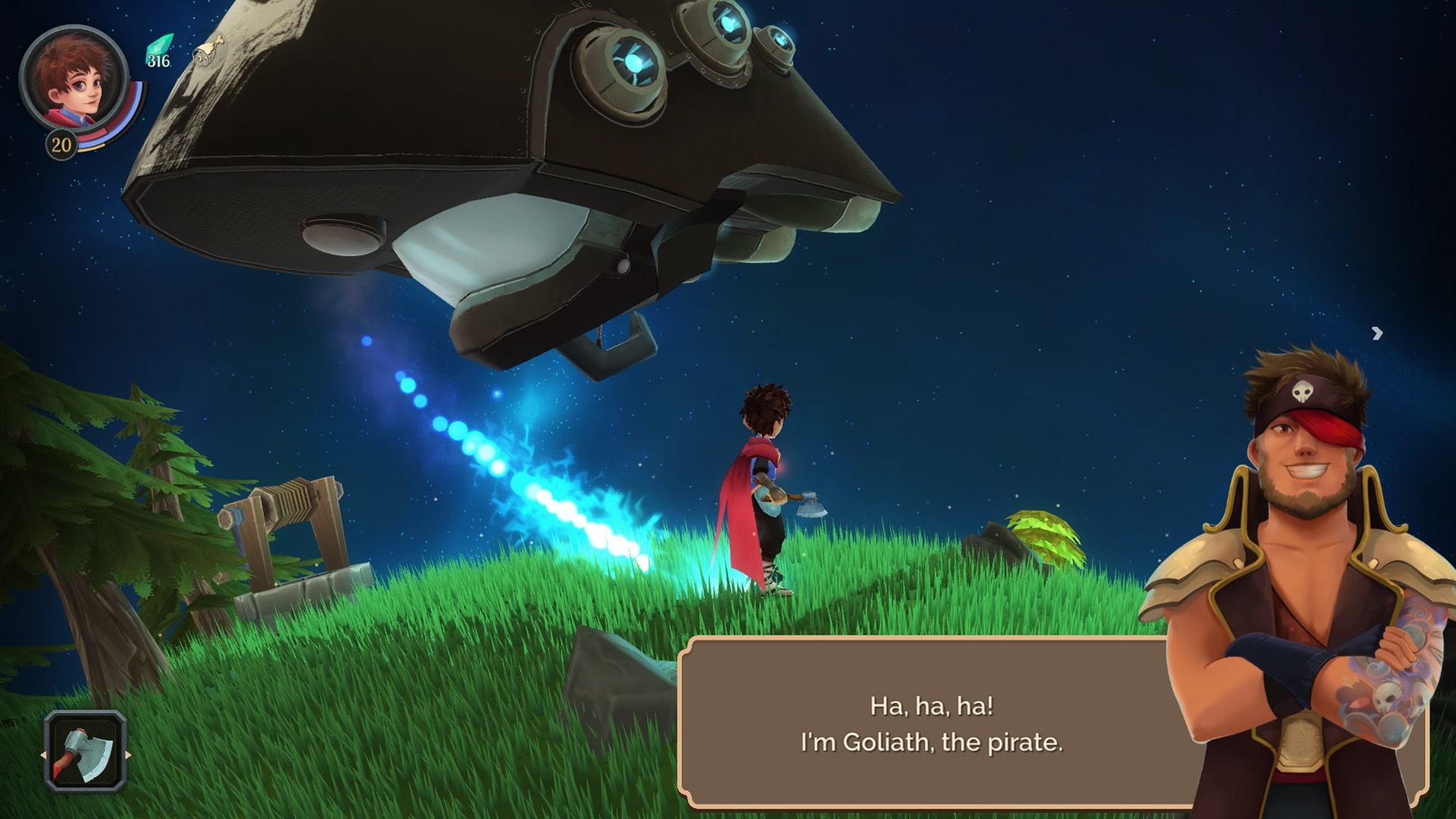 Easily the best aspect of Deiland is its gorgeous and distinct visual style. A lot of still artwork is featured in the place of animation and it is clear that each piece was lovingly crafted; be it the character portraits drawn for dialogue or the drawings of items used in the menus, they have an undeniable charm that is impressive for an indie game. In-game the graphics equally display Chibig’s vision, with quality 3D modelling and a beautiful effect on the sky that makes it change with the time of day. The character designs used for the unusual cast also deserve a mention as they are eye-catching and easy to remember.

Whether or not a player would enjoy Deiland depends on their taste for simulation games; if grinding and repetition aren’t a setback then there is much to find on the titular tiny planet. Aside from some longer resource collecting and the occasional looping sound effect, Deiland easily stands out as a likable and entertaining addition to the simulation genre that deserves a play from fans of its peers.

Deiland easily stands out as a likable and entertaining addition to the simulation genre that deserves a play from fans of its peers.