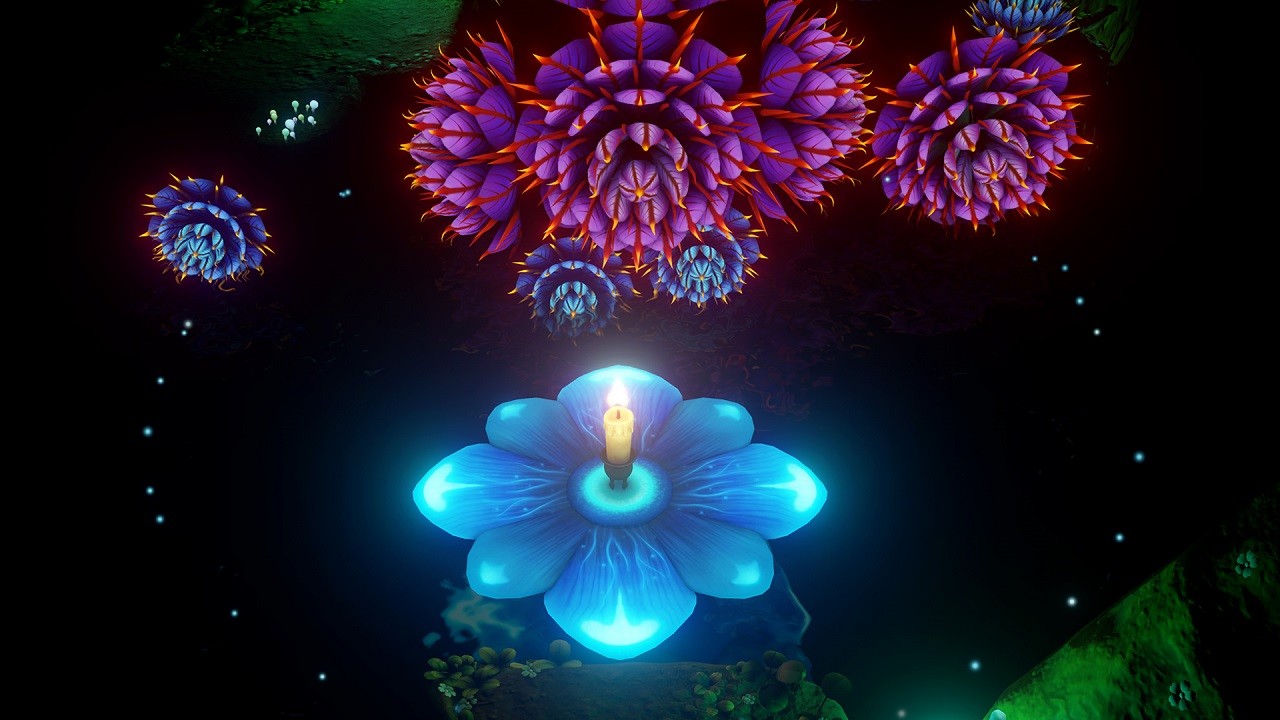 So, having spent some time trying to trying to work through my backlog of games, I get to try out the game Candleman. It has been something that has interested me for a bit now. Having seen it pop up in sales on the Xbox store, so getting a chance to play it on the switch is something that is a nice opportunity. The only real question is, am I going to be able to enjoy it? Or will it fall short?

So what is Candleman? Candleman is developed by Spotlightor, and published by indienova. Candleman is not a man that is a candle sadly. However you do play as a candle. A candle that wishes to shine brighter that it does at the minute, and decides to go on a journey. The narrative of Candleman is at times narrated to us, generally at the start and end of chapters. Now the game itself is not very long. The story that is told to us as well is a lovely story. One that I won’t go into for spoiling it, but I will say its message was clear, and made me think about myself in a way.

Candleman is a puzzle platformer, where using the little candles light wisely is important. The thing that I enjoyed about this game is the fact that the light is not a never ending light. You can only burn for a short time, before your dead. This was the first mistake I made. I held down the button to burn and I died after a short amount of time. I would say it took around 10 to 15 seconds. The idea is to simply quickly press your burn button and take in the area before moving on. There are some nice puzzles in the game, the only issue for me was that it took a bit before I started to feel like I had to think about how to get through the level, or feel like I may have to be careful about how long I light up for. Now like I said earlier, candleman itself isn’t too long, I think I was able to beat it in like 5 hours, if that. There are twelve chapters, and each chapter has anything from 3 to 6 levels in them. I think it was around chapter 6 where levels started to feel like I may have to think a little more about my actions. 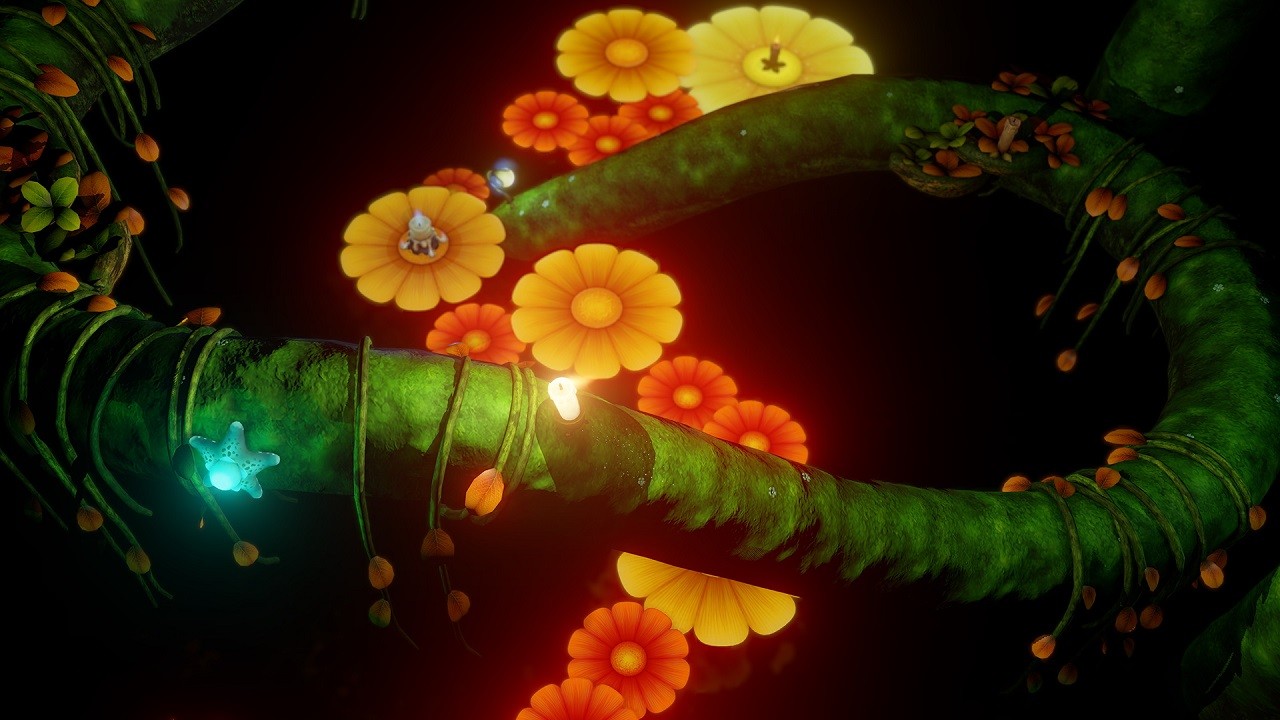 Within each level of candleman there are candles that can be lit, to help light the area a little, but they are mainly what I would consider collectables. Light all of them in a level to gain an extra line of writing, to give you more story.

Now despite me wanting Candleman to have at least increased the difficulty a little sooner than what it did, it does get the game length just right in my opinion. Lately I have been feeling that some of the games that I have been playing, do seem to stretch themselves out. Lasting longer than they should. However Candleman lasts just the right amount of time. I was glad that at the end I didn’t think to myself that they tried to make the story last longer than needed.

The visuals for Candleman are beautiful at times, there are some really nice bright levels, when you light your flame, and there are those darker levels at the start that cast some nice shadows, and have you nervous about what lies ahead. I think Spotlightor Interactive did a lovely job. Playing Candleman handheld felt so nice, moreso in the dark with a nice hot drink. 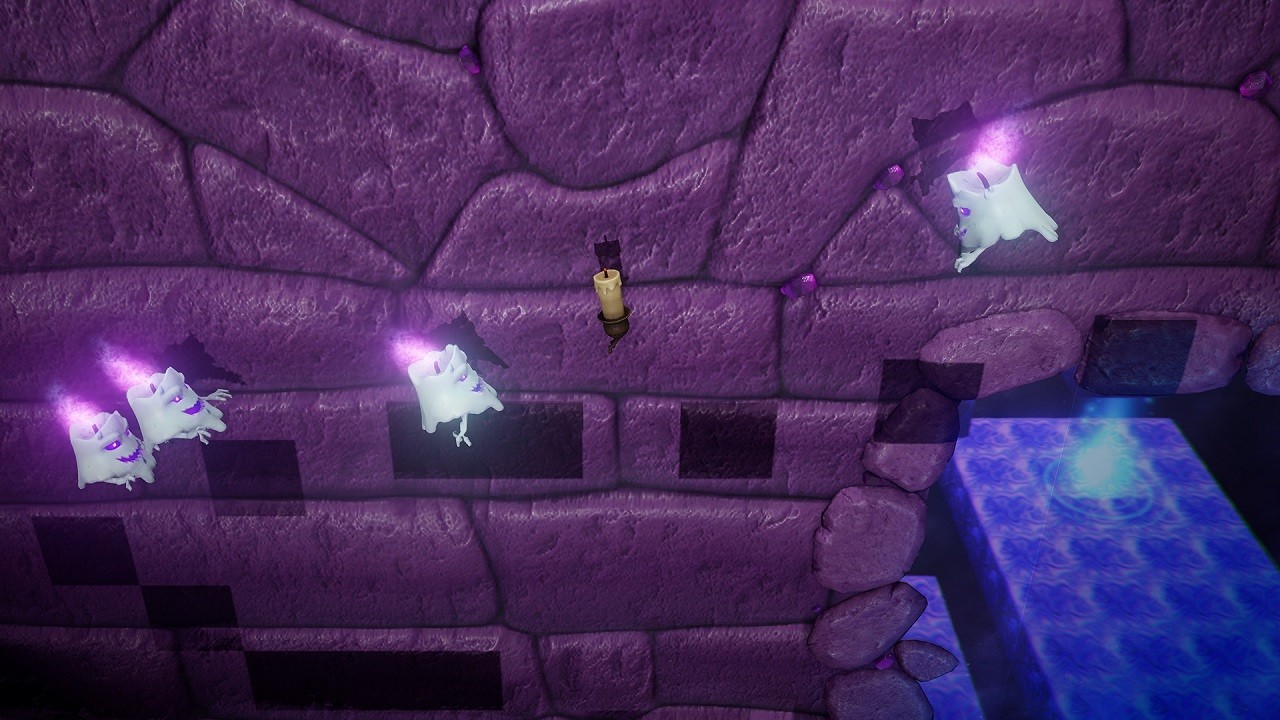 Candleman’s levels are nicely designed, with some nice settings and interesting level designs at times as well. One chapter has you having to pay attention to shadows, and reflections, while being chased. It was these sort of levels that I felt the game at times could have benefitted with having more of, as they offered a little bit more of the puzzle element than some.

Candleman’s levels can at times hit the right note with its soundtrack, adding to the tension and rush of having to quickly make a choice, or as you travel down a current, and having to keep lighting your candle briefly to see what lies up ahead

I think it should be clear that I enjoyed playing Candleman. Travelling through the levels, I’m not going to lie… I got attached to the candle, fearing of burning my flame for too long and dying. The time spent was a short but lovely one. I just feel like it would have been a little nicer to have had a little more of a challenge puzzle wise, and have some of the levels that kind of offered this happen a little sooner. Overall this is an enjoyable little puzzle platform. And one that should be considered.

A game about a candle that wants to burn brightly… but will it?