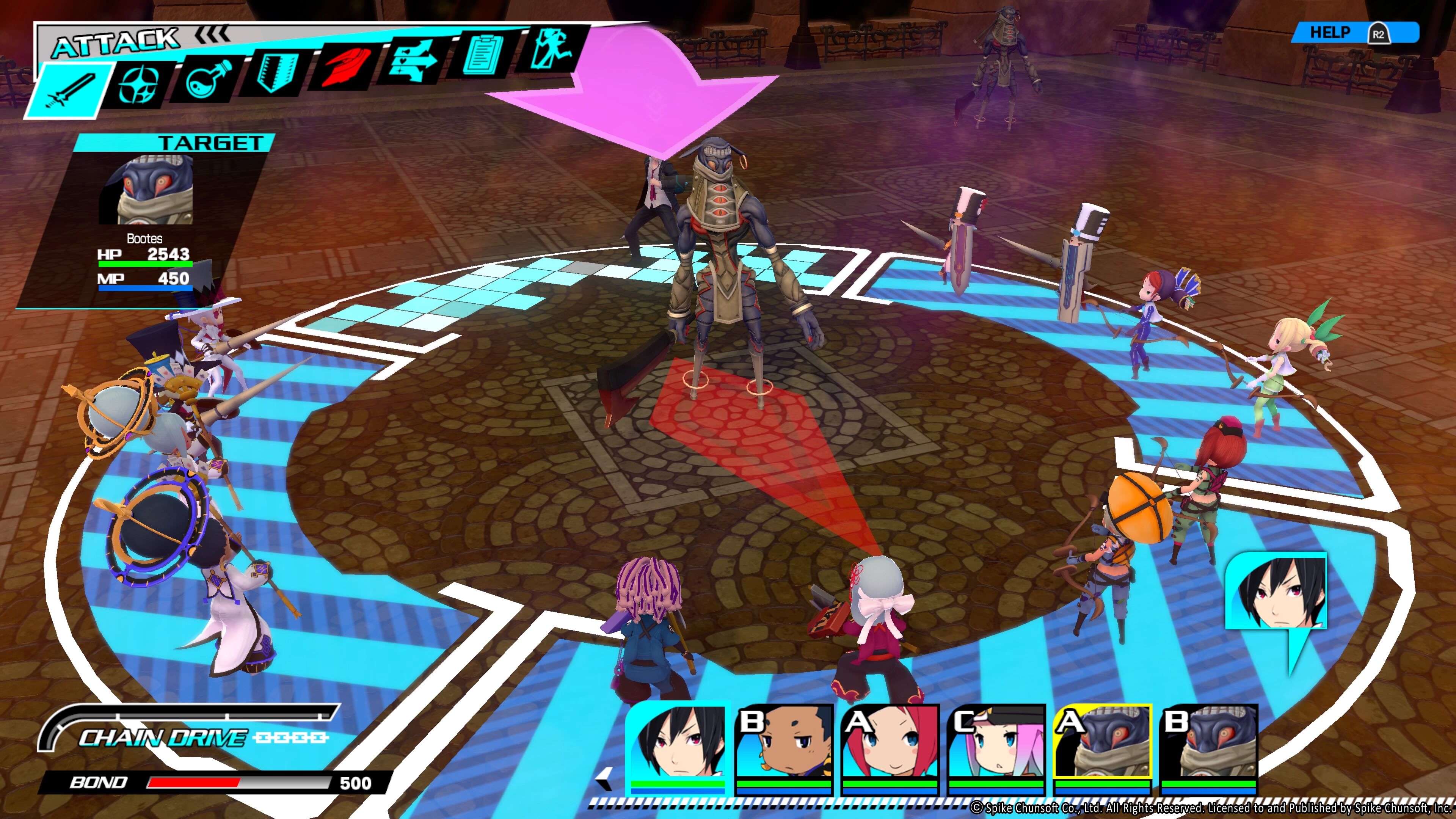 Conception Plus is an enhanced version of the 2012 PSP game for the PlayStation 4. Developed by Spike and published by Spike Chunsoft, the game is a turn based dungeon crawler RPG with dating sim elements. You take on the role of a regular high school student, name by the player, who suddenly finds himself transported to a different world called Granvania after getting sucked through a portal. His childhood friend Mahiru also gets brought along, and they soon find out from Granania’s inhabitants that it isn’t the first time this has happened. People who come to Granvania from a different world are called God’s Gifts, and are essential to keeping the world safe.

God’s Gifts are special because they can produce powerful Star Children by performing a special ritual with one of Granvania’s Star Maidens. Each of these Maidens represent a particular star sign, such as Virgo or Scorpio. Each of the Maidens can be interacted with once a day. These interactions take the form of story scenes where the player can make a few dialogue choices. Choosing the right answer will improve the protagonist’s bond with the chosen Maiden. The higher the bond, the better the results of the ritual will be. The player can perform the ritual a limited number of times each day, and the result of these rituals is the creation of the Star Children, little fighters that will form teams and accompany you into battle. These Star Children’s stats vary depending on which Maiden they were created with. Depending on their stats, Star Children can be assigned to one of the game’s classes, such as Fighter or Thief.

With the story setup out of the way, Conception Plus wastes no time in getting you to explore your first dungeon. Each dungeon has multiple floors, and they’re all packed with enemies. Running into an enemy in a dungeon takes you to the battle screen, where the player and enemies take turns attacking each other. This is where the Star Children come in. You take multiple teams of Star Children into battle with you, and each can move and attack independently. The skills that each team can use depends on which Children make up the team, so it’s best to have a variety of classes in each one. 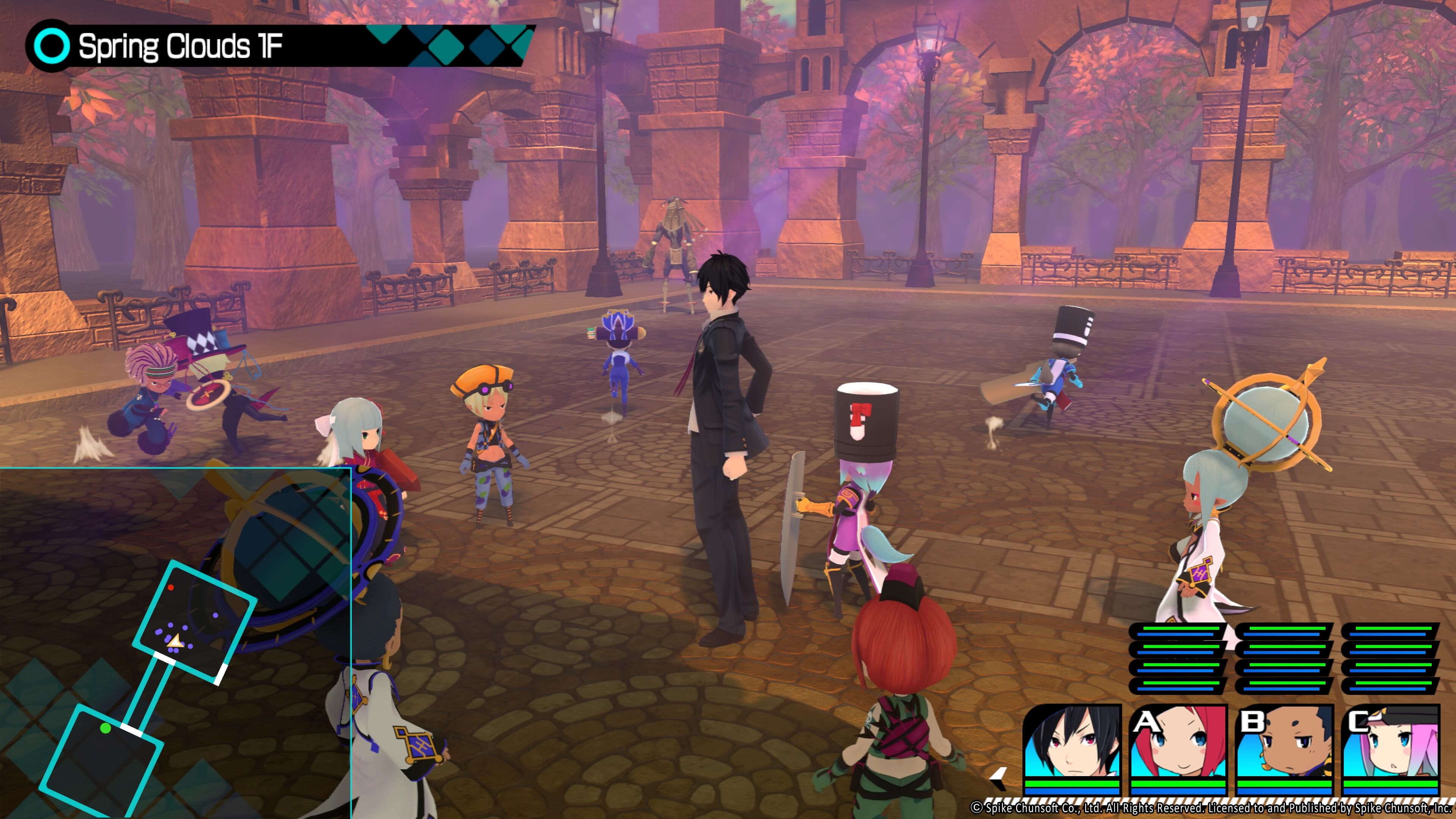 Conception Plus’ battle system has a focus on directional attacks. Enemies can be attacked from either their front, back, left side, or right side. Every enemy has a direction that serves as their weak point, so you’ll want to focus your attacks there. Only one team can be in a particular directional position at a time though, so choosing your strongest teams to attack the weak points is important. There are also some attack skills that can be launched from one direction, but will actually hit on another, so these will help to deal extra damage. These skills use up your limited skill points though, so they need to be used sparingly. There’s also a fairly standard elemental system, where enemies will be weak to certain elemental attacks, like fire. That’s about all there is to the battles.

One of Conception Plus’ biggest issues is that although the dungeons have multiple floors, they all look pretty much the same and are lacking in detail. They’re sparsely decorated and look rather barren, just a bunch of small, linked boxy areas for the player to run through. Fight a few enemies, reach the spot that warps you to the next floor, repeat. The bottom floor has a boss enemy to fight, which is a little more interesting, but the simple battle system combined with every dungeon having the same basic layout gets old fast. There’s also a lack of enemy types, with variations and palette swaps of old enemies starting to appear surprisingly quickly.

Graphically, Conception Plus is a strong effort. The developers have done a good job of modernising an old game. It’s a major improvement over the original PSP version, featuring new character and enemy models, as well as character artwork that’s had a major increase in resolution and quality. The dungeon gameplay in particular looks so much better than the original version. That said, despite the major increase in quality, the dungeon environment design still looks somewhat dull and featureless, much like the original version. 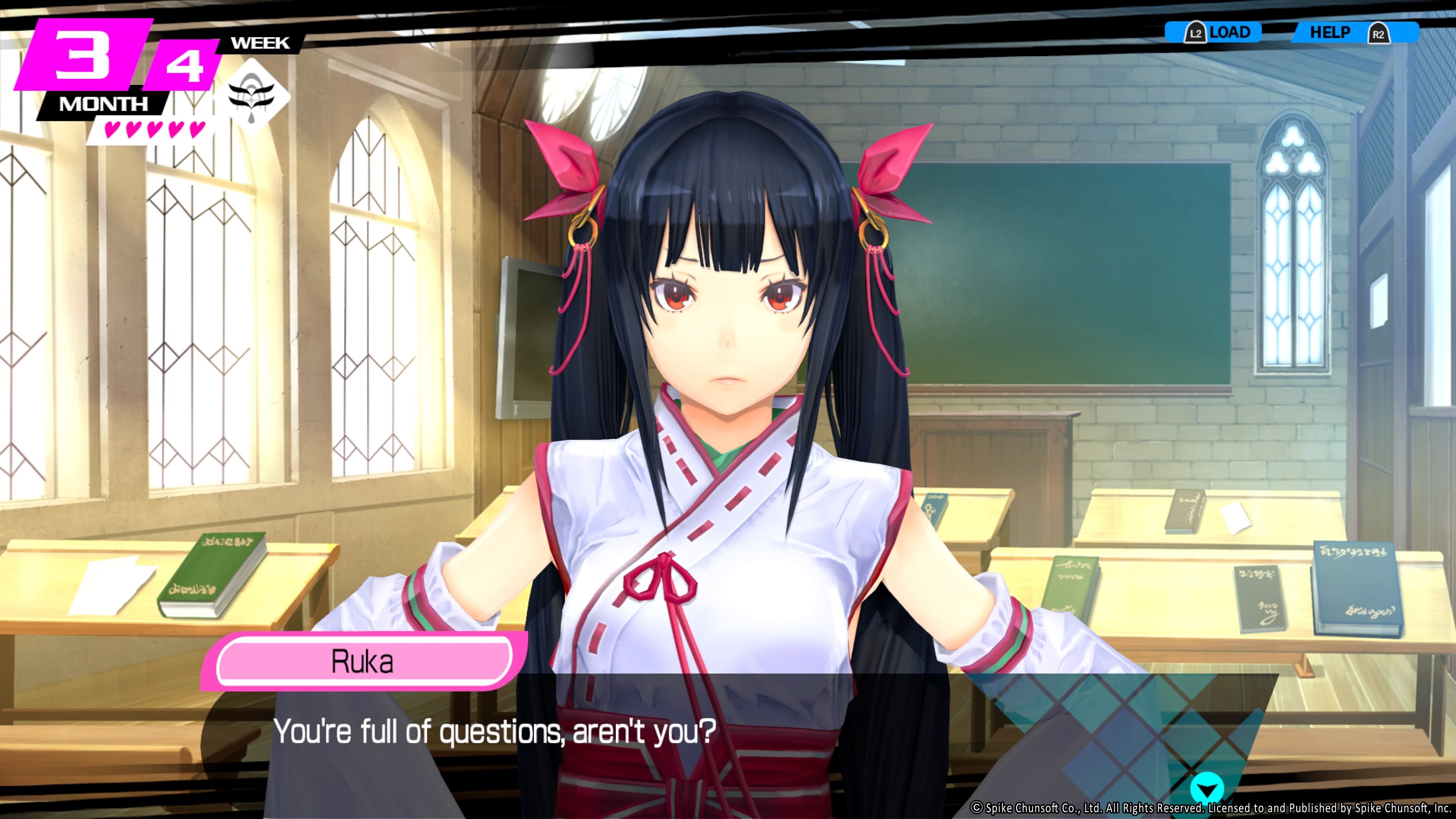 Conception’s soundtrack is decent, offering a reasonable number of background tracks that suit each of the game’s dungeons and story scenes. They manage to not get too repetitive, and a couple can even be kinda catchy. Conception features full voice acting for its story scenes, and it’s fairly high quality. All of the Star Maidens have distinctive personalities and quirks that come through well in the voice actresses’ performances. Dungeons are mostly silent voice wise though, with only the background music, a couple of lines from the Star Children, and some small sound effects to keep things a little more interesting.

Overall, Conception Plus is not one of the better Japanese RPGs on the market. Although it does have a couple of interesting ideas with the Star Children system, and this new version of the game looks really good graphically, it’s not enough. The conversations with the Star Maidens are just a brief distraction from the repetitive dungeons and enemies, and the battle system doesn’t hold up over the run time of a lengthy game like Conception. It feels like a game that just needs more. More enemy types, more variety in the dungeons, more to do outside of dungeons. For these reasons, this is a game only for the most hardcore Japanese RPG fans, who may be forgiving of these issues, or for those who are able to pick up the game cheaply while looking for their next RPG fix.

Conception PLUS: Maidens of the Twelve Stars Review

Conception Plus: Maidens of the Twelve Stars is not one of the better Japanese RPGs on the market.