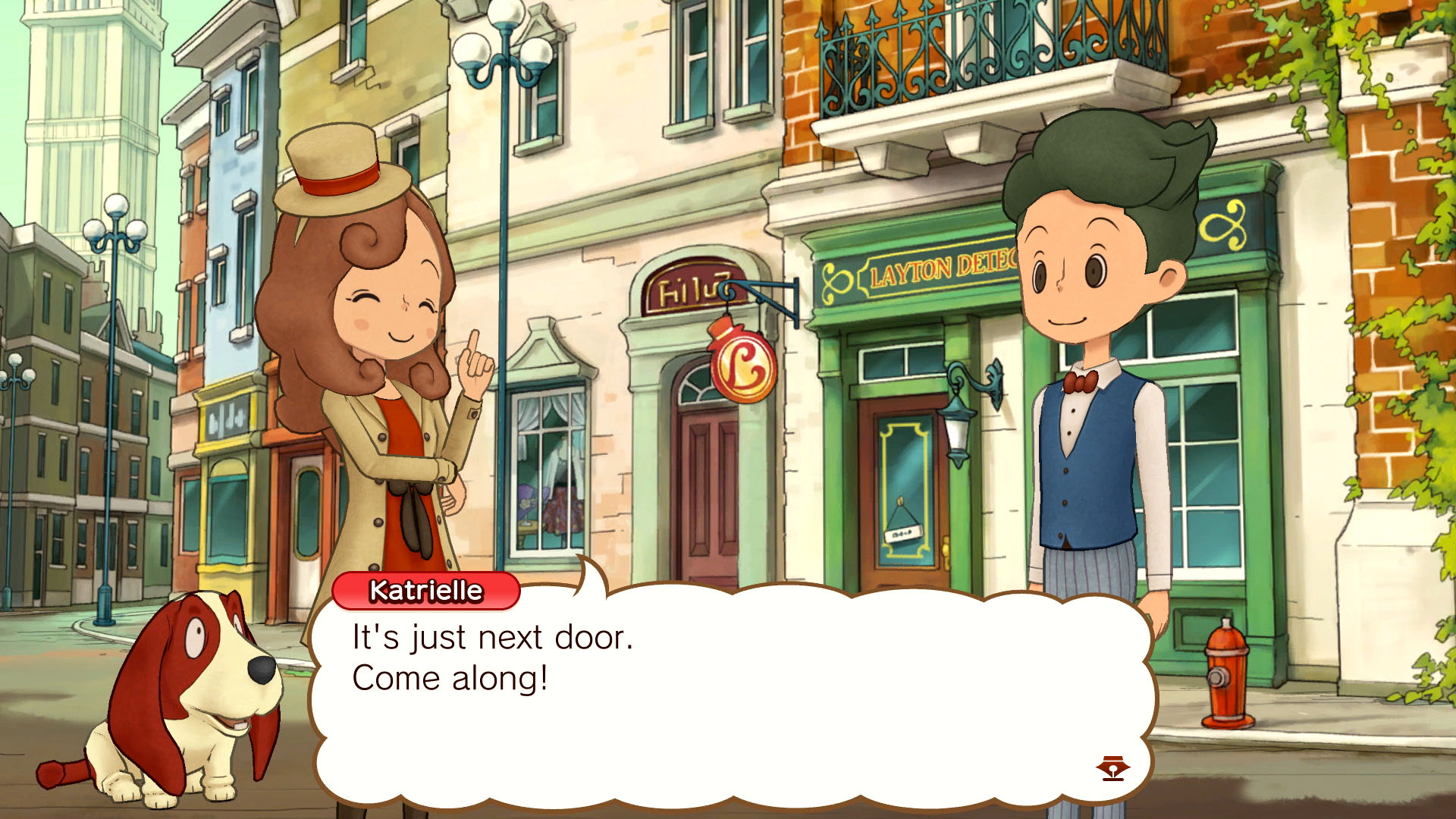 There’s no doubting that one of the most successful franchises released onto the 3DS family of consoles, was the series of games that revolved around the adventures of Professor Layton. His mix of mind-boggling puzzles and adventure created a successful formula that held your interest with its series of plot twists and turns, as well as the constant kicking of yourself when you discovered the solution to a particularly tricky question or puzzle. It was most definitely a series of games that held my attention over the long-term. However, there was one title within its library that I missed, and that particular title saw its themes branch off from the focus being on the Professor himself; instead following the exploits of his daughter, Katrielle. Thankfully though, my prayers have now been answered as this missing title from my repertoire is about to be solved as Layton’s Mystery Journey: Katrielle and the Millionaire’s Conspiracy – Deluxe Edition solves a release onto the Nintendo Switch.

With its dual-screen and stylus-operated touch-screen, the 3DS was the perfect home to the Layton series of games. However, as the console draws ever-closer to the end of its life-cycle, the series has embarked on an adventure of its own by testing its formula on other forms of media; most notably the mobile platforms. While the formula did work on such devices, it just didn’t feel the same as it did upon Nintendo’s unique handheld. It did fill me with some trepidation when Layton’s Mystery Journey was announced for the Switch, but I can safely say that it now looks like the Layton series of games have found themselves a new home with a hybrid of controller, touch-screen and motion controls; as well as the ability to now play on the big screen.

Developed and published by Level-5, this most recent game within the series sees the daughter of the infamous Professor Layton setting up her own detective agency within the streets of London. After the disappearance of her father, Katrielle now works to try and find the answers behind his untimely vanishing, as well as take on a series of other mysteries that need her help in their solving. From her first encounter with the strangeness of a talking dog who is looking for an identity, to the case of the missing hands off of Big Ben’s clock face, Katrielle’s journey takes her through the streets of London towards a destination of the truth about her Father. 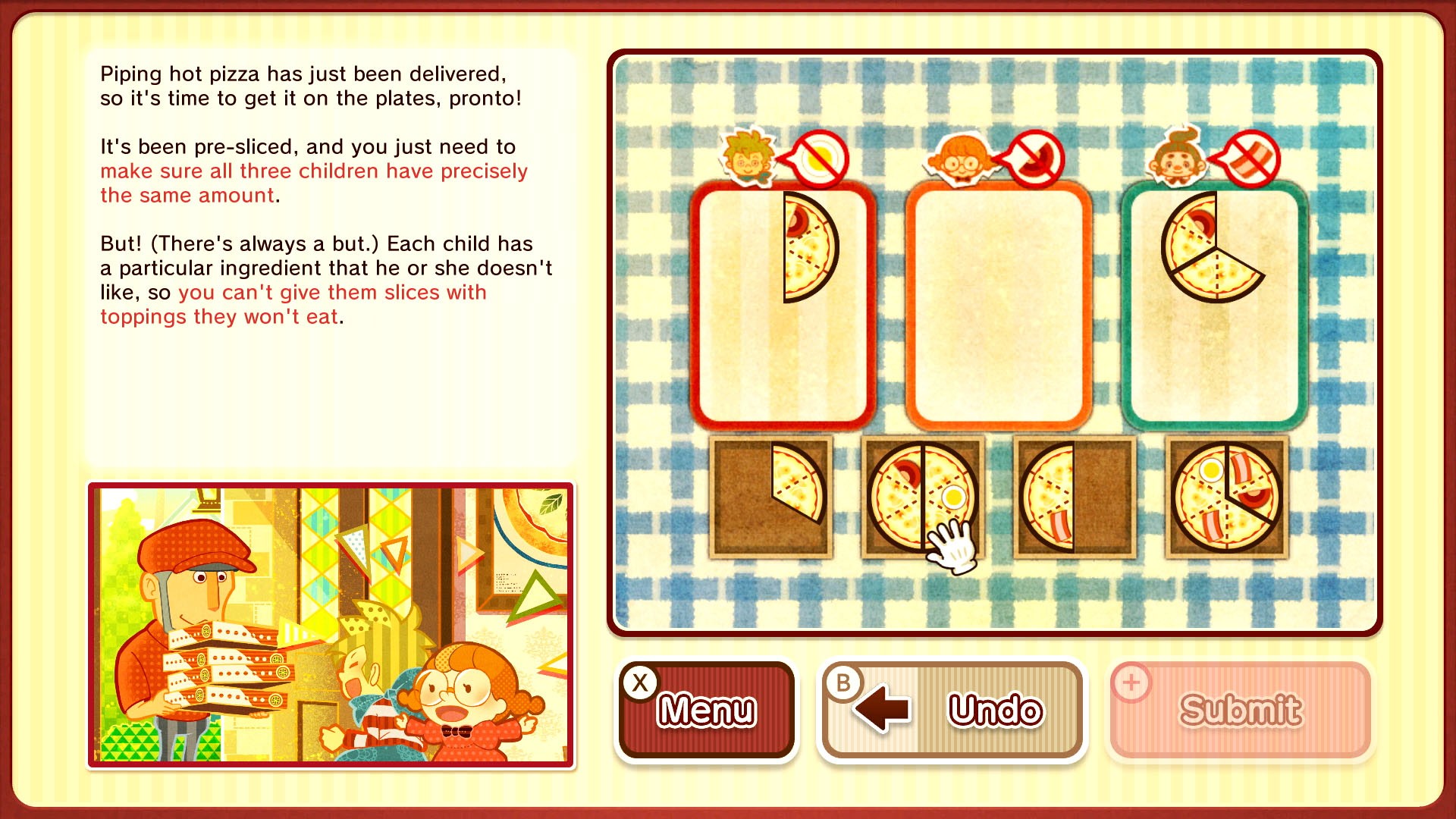 If you’re unfamiliar with the series of Layton games, they work on a premise of half-adventure and half-puzzler. The stories play out through a series of cut-scenes that revolve around the investigations of detective work and introduce characters, plots, themes and ultimately, the clues that need to be revealed to push the investigation further. In order to uncover the clues, you then need to solve a series of puzzles, from brain-teasers to sudoku-styled grids. However, there are further elements, especially within this title, that creates further levels of interaction. These usually revolve around searching specific areas or backdrops for any items of interest. As you place a cursor around the screen, it changes form to signify something needs further investigation. Some of these lead to other characters, key items, clues and reveal hint coins; something that can be vital in the solving of some the game’s puzzles.

A lot of the appeal from this series of games comes in the form of their mind-boggling puzzles that can be fiendishly difficult to overcome, yet really simplistic when it comes to their solutions. Should you be stuck, then you can spend hint coins to buy clues that point towards the solutions. However, should you run out of these coins, then you can usually rely on google, but I didn’t tell you that! Not only do the puzzles reveal clues that are vital to the case, but they also award points that can be used to purchase cosmetics, such as museum pieces, costumes or furniture for your agency. All of its elements add up to produce a formula that rewards you for playing, from progression to puzzles, cosmetics to coins. 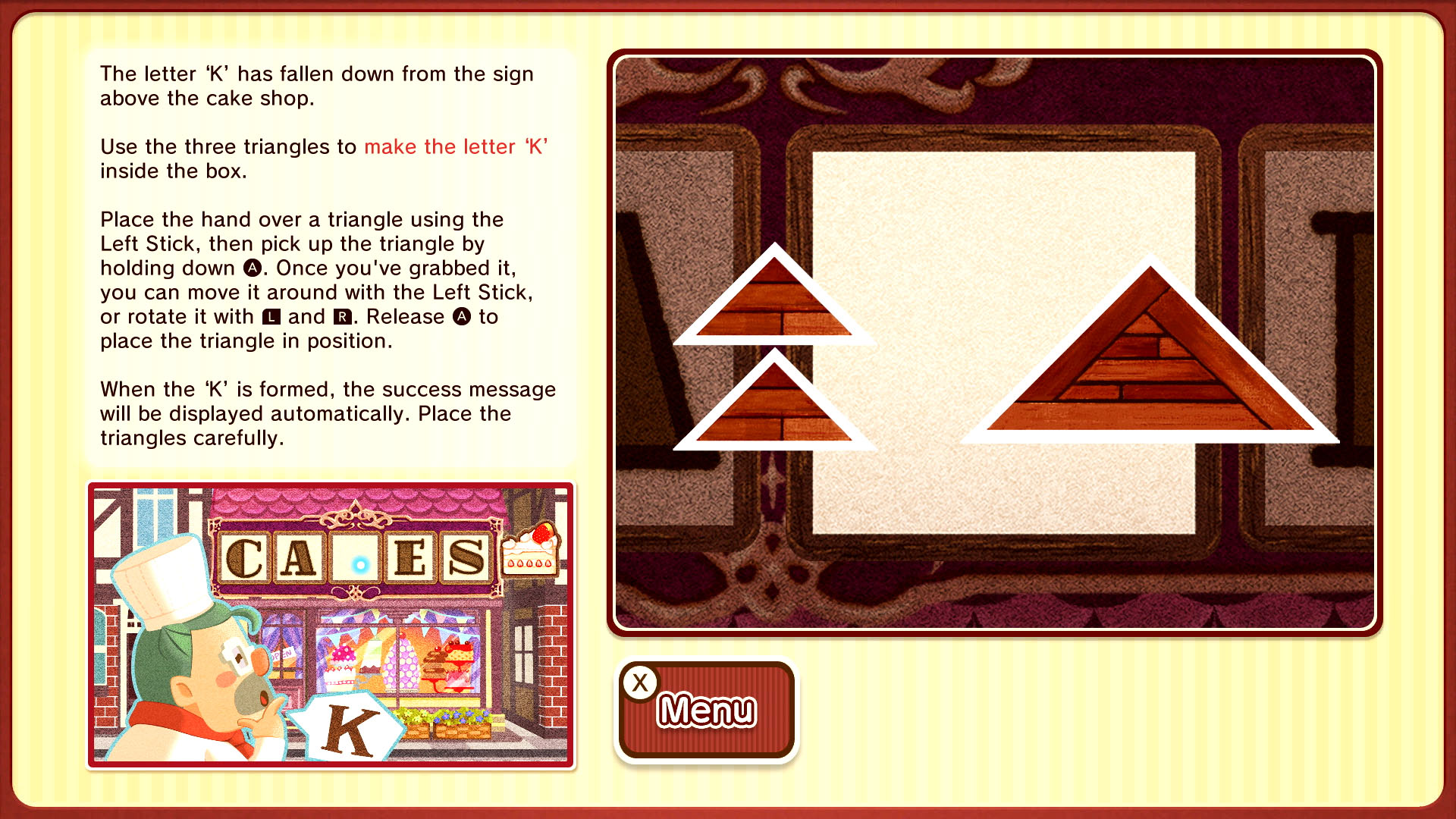 This deluxe edition of the game contains all of the content from its previous release; meaning its story and puzzles are the same. However, with the added inclusion of all previous DLC and forty brand new puzzles, this new iteration of the game now boasts over five-hundred puzzles. Couple that with the games ability to download a daily puzzle over the course of a year, then that presents with a mouth-watering level of content to keep it going over the long-term. As well as its puzzles, this version of the game also comes with all previous outfit DLC’s and contains over fifty new outfits for Katrielle to wear. Although largely cosmetic, the ability to change outfits and furnish your detective agency is a nice little side-track within the game.

As well as the extra content to provide a reasoning for veterans to dip their toes into this updated release, the graphical presentations have also been given an overhaul with a fresh lick of paint. Its anime-styled cutscenes and colourful backdrops look fantastic on the Switch’s screen, but its real jewel in the crown comes with its ability to now play on the big screen. Using the joy-cons, either in a conventional way, or by using its motion-control as an on-screen pointer, all of the family can now join in with the following of the story and all work together in helping to solve the puzzles; after all, two minds are better are one! It really does add an extra dimension to the overall gameplay, one that has never been implemented before in the way that it does now. However, this obviously isn’t relevant to the newer Switch Lite; although it does have to be said, that this is a game that sits just as nicely on the Lite as it does on its bigger brethren.

Overall, Layton’s Mystery Journey: Katrielle and the Millionaire’s Conspiracy – Deluxe Edition is a welcome addition to the Switch’s library. Its tried-and-tested formula of fun gameplay, perplexing puzzles and intriguing story all combine to suit the architecture of Nintendo’s hybrid machine. It’s perfect when portable and tantalising on the TV. Even if you’ve played the game before, its extra additional content of all previous DLC, new puzzles and costumes, plus its daily download of extra puzzles does present more than enough reasons to dip your toes again. However, if you’re new to the franchise, then you don’t need to be a detective to figure out that you need to buy this game immediately.

Layton’s Mystery Journey: Katrielle and The Millionaires’ Conspiracy – Deluxe Edition reboots onto the Nintendo Switch with a whole host of extra additions and same levels of satisfying gameplay.