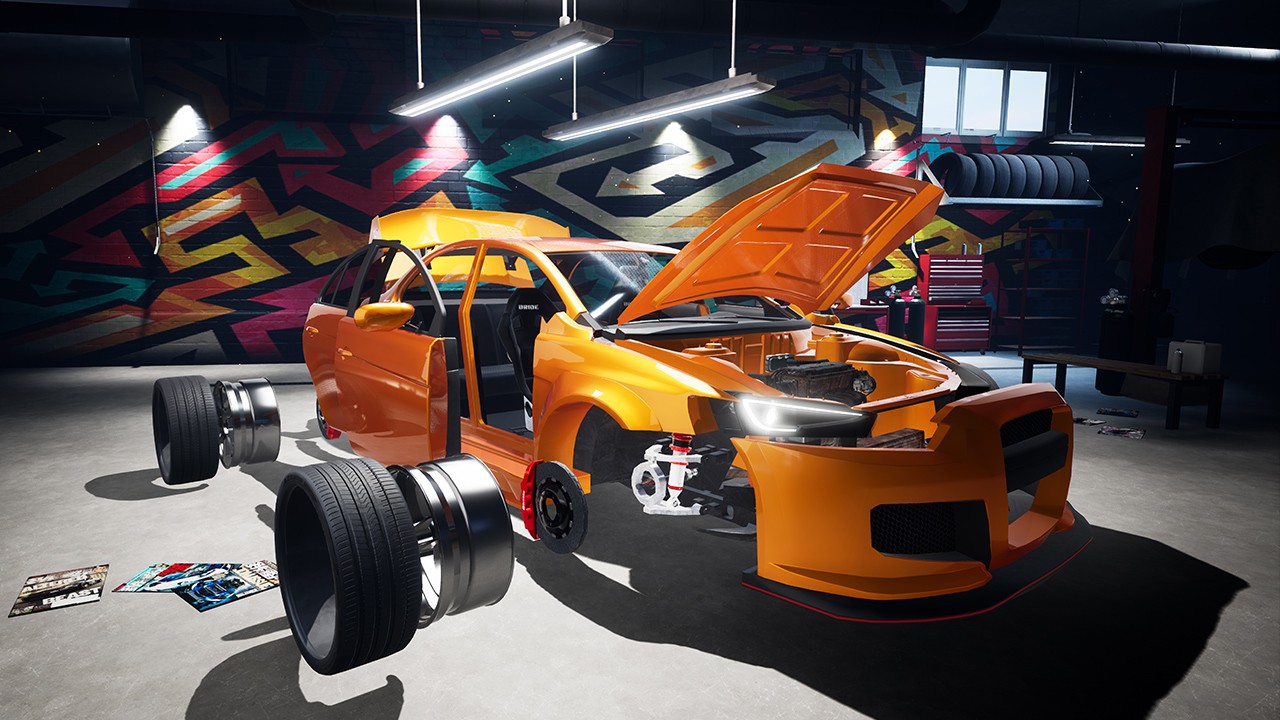 With the Nintendo Switch now in the third year of its life cycle, its library of games now bulges with a variety of genres; none moreso than the abundance of car racing games that are screaming down its digital highway. For the most part, each new racer builds upon their predecessor; mainly due to developers now pushing the envelope of what the Switch can achieve. This means that any new racers that burn a release onto Nintendo’s console have to match up to the best of what is currently available, or at least try to bring something different. However, it can be a risk that doesn’t always work out. Anyway, the latest of such games to hit the Nintendo Switch is doing just that, by not only bringing street racing to the fore, but also employing a mechanic that sees you build a car from scratch and enter it into a series of races of using your well earned prize money to pimp your ride.

Funbox Media and Lion Castle’s Super Street: Racer! is the follow-up title to the previously released Super Street: The Game. By listening to feedback from its community, it has built this game to offer a more complete and exciting experience in the field of motor or vehicle racing. Instead of just being presented with a car and a series of races to participate, Super Street: Racer! tasks you with selecting a model of car from the local scrappage and through hard work and dedication, restore, improve and pimp it to become the ultimate mean machine on the street. Backed by over five hundred branded car part manufacturers, this is a game that presents the ultimate ride to anyone who is remotely interested in doing up and souping up wrecked cars.

It’s no exaggeration either, when I say you start the game with a scrap car. It’s an absolute rust bucket, whatever one you choose from a selection of about five different vehicles. What the game doesn’t contain though, is the named models of the cars you select or race with. There’s no licensing here for manufactured names or models; although some of them are somewhat recognisable in their graphical depiction. Once you have your first car though, you can then enter a series of races that takes you from the highways of Tokyo, through to the scorching deserts of the Nevada and ending up within the bright lights of Los Angeles. As you begin to enter races, you earn money based on your positioning and with this prize money, you then go to the garage in order to buy parts to boost your vehicles performance. 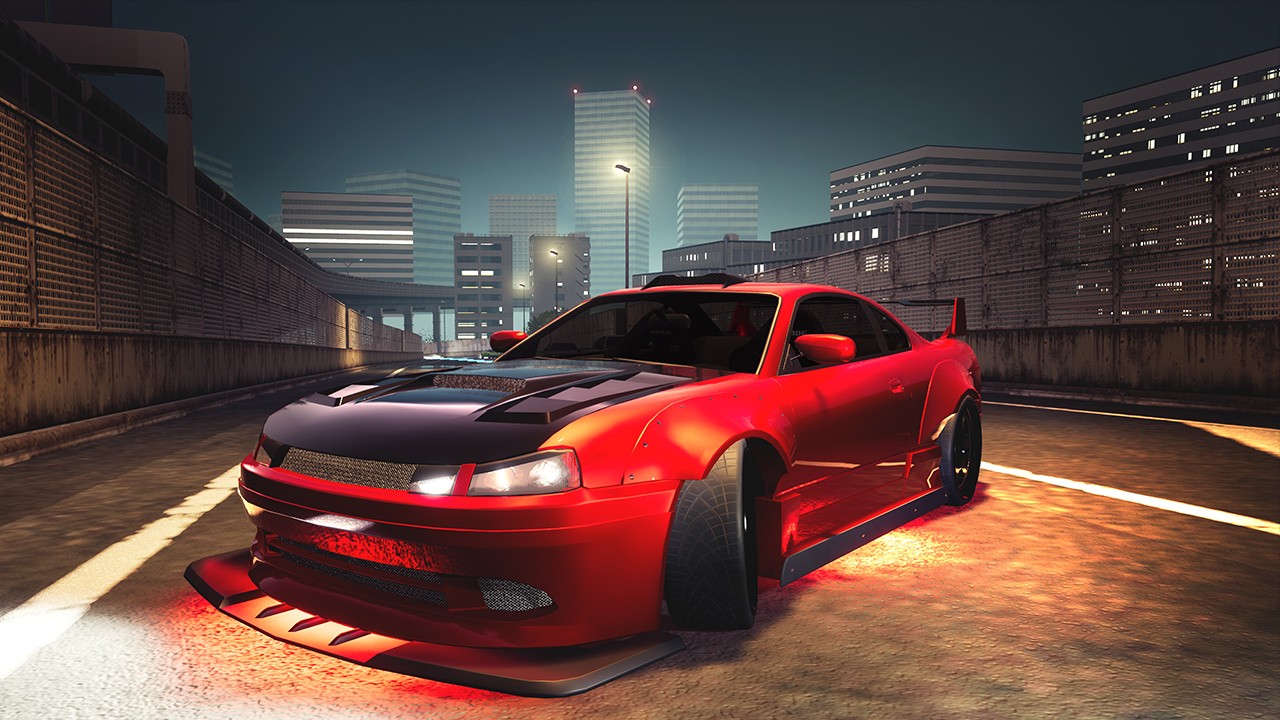 There’s an abundance of options within this part of the game. You can literally do up any part of your car, from the licensing plate to a variety of paint jobs and from the wheels and tyres to the engine and exhausts. There are a staggering amount of parts you can add to your car, all of which are fully licensed with brands such as Continental, JBL, Falken. BBS and Sparco. This is largely due to the licensing of the game from the MotorTrend Group; the largest automotive media brand in the world. It really is a motoring enthusiasts dream as you tinker under the bonnet and fit a new look to your once rust-laden racing car. It’s here where the main pull of the game lies, as you race to buy new parts and change the whole outlook for your initial car.

With over sixty events and missions that comprise a career mode, coupled with the whole motor part aspect of the game, there’s a lot of content to get your teeth into here. However, this is primarily a racing game and, unfortunately, it’s here where your car simply falls apart. With its semi-realistic take on upgrades and motor parts, the racing contains a more arcade feel, something that was intentionally designed. This has probably been done for more accessibility, but I couldn’t help but feel that a more realistic approach would have suited the game better. But that’s not all. The general presentation, both in graphics and performance are way under par when compared to other racers on the Switch and worst of all, I found so many inconsistencies within the racing that is was borderline broken.

There’s a very distinct last-gen feel to the whole presentation of the races, with some quite bland courses on which to race around. I also never felt a true representation of speed or white-knuckled rides anywhere; in fact, it felt more like a Sunday stroll than an exciting Fast and Furious street race. However, for me, everything here was further hampered with the inconsistencies in many of its mechanics. The game contains a crash model that can see you damage parts of your car or totally write it off. It theory, this should add an extra layer to the gameplay as you try hard to avoid any damage to the work put into your car. Due to its arcade style though, watching the front end of your car dissolve before you is merely a cosmetic addition. 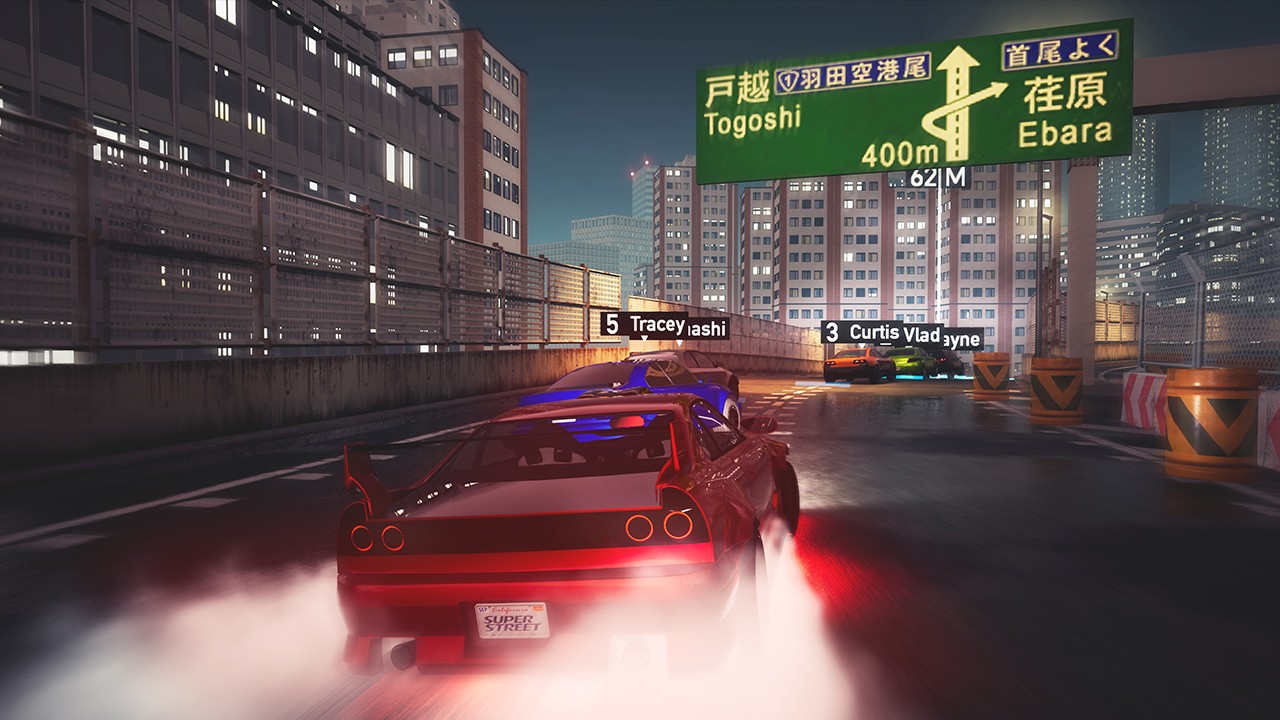 Writing off your car obviously loses you time or positions, but once the crash animation is over, your car is simply put back on the track and you carry on; your car completely intact and as good as new, well, second-hand. However, what I found more worrying was the the inconsistency by which crashes happen. For instance, in one race I took a corner and hit a post; completely caving in the front of my vehicle. Another time though, I hit a post and simply bounced off it. Other times, I ripped my wing off colliding with a car or hitting a wall, yet other instances simply saw my car coming to an abrupt halt. Instantly. It produces a very unrealistic feel to the whole racing mechanic of the game and in large,  ends up a very average experience in terms of a racing game.

From a technical perspective, I never came across any bugs or game-breaking mechanics within the game. The whole thing actually runs quite nicely on the Switch. The audio qualities are the usual affair often found within other games of the genre; although much like the core presentation of the game, contains just an average feel in its quality. There are a variety of difficulty levels that should suit the majority of players, although I did find that anything normal or below was a little too easy to attain first place within the majority of races. There’s also a lack of online multiplayer available for the game; despite some marketing suggesting that there is, although there is local split-screen. Whether this gets added in a future update is something that remains to be seen.

Overall, Super Street: Racer! is a game that drives along two lanes. The first, its mechanic of buying parts and doing up your car works really well and offers a genuine reason to keep playing. The feeling of purchasing your first scrap car and adding to it, so that it becomes a gleaming centrepiece within your garage is nicely done and quite rewarding. The second element, the racing, is nothing but an average racer, both in terms of presentation and the excitement within. This is further hampered by some puzzling inconsistencies that revolve around the crash mechanics of the game which sees you completely write-off your car one minute, bounce off the next or simply come to stop. Its arcade-style of racing doesn’t really match with the upgrading elements of the game and a distinctly last-gen look and feel to the game makes it feel a little dated when compared to other racers on the market. There is some fun to be had here, but only if your more of a mechanic rather than a high-speed, nitro-injected petrol-head.

Super Street: Racer! tasks you with buying a scrap car and modding it to compete in a series of street races.