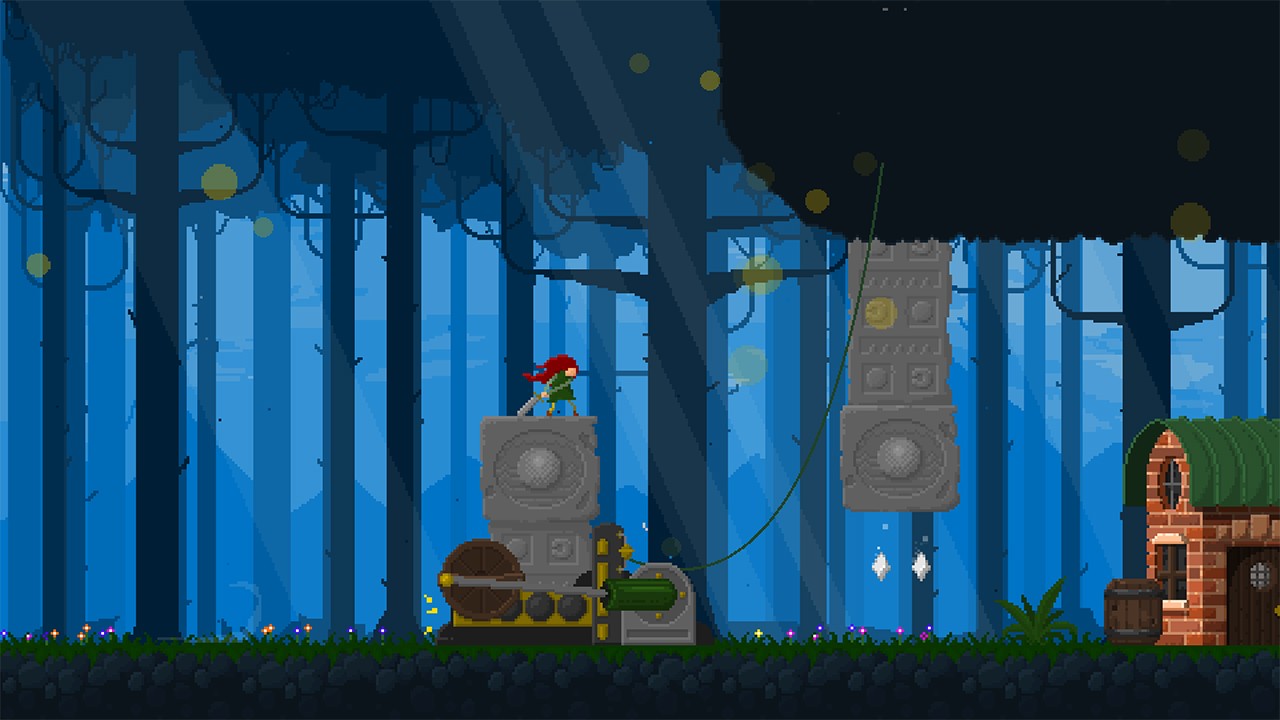 Mable and the Wood opens with a group of cultists summoning a mystical saviour, and who are more than a bit nonplussed when it turns out to be a young girl. And you can’t really blame them for their bemusement – it’s a dangerous world and Mable can barely move while dragging her sword behind her, let alone attack or jump. Luckily for her she’s capable of shapeshifting, initially just into a tiny fairy but with the ability to mimic new forms from the various great beasts she defeats as she navigates this sprawling two-dimensional world.

Mable’s fairy form might not seem too useful at first, as it only lasts for a few seconds at a time and she drops her sword whenever it is activated. However those few seconds are usually enough to get across a gap or to a higher platform, and your magic bar recharges itself almost straight away. As an added benefit, once you’re back in your human form you can summon your sword back to you Thor-style to kill any enemies in its path or activate switches. Meanwhile new forms with corresponding abilities become available as you defeat various boss beasts on your journey, opening up new parts of the world. The spider form for example lets you fling out your sword on a rope of webbing which can be used as an offensive weapon, as well as allowing you to swing from the ceiling. Other forms that can be unlocked on your quest include a stone statue, mole, eagle and a ghost. 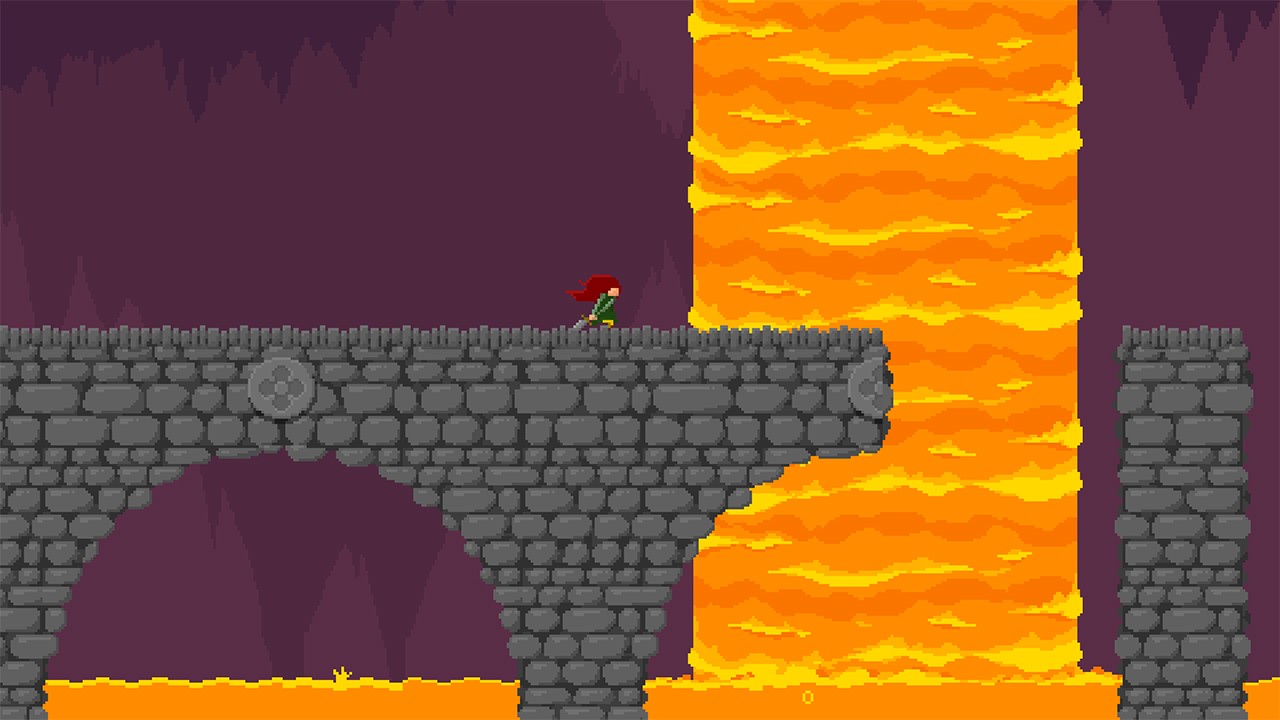 All of this adventuring is depicted in a pixellated retro look that, while not especially impressive, is full of charm and style. Mable herself is full of character with her hair flowing in the wind and heaving her sword behind her; despite only being constructed of a few dozen pixels. The levels themselves follow traditional themes ranging from forests, caves, snowy mountains and castles but there’s obviously been a lot of care taken into making them all look distinctive. Despite this, it is sometimes possible to get lost in the sprawling levels – although luckily you can usually find maps within each level to make finding you way around much easier. In terms of audio, the sound effects are fairly basic and there’s no speech, but there’s a great soundtrack implemented by notable music-making duo Fat Bard.

Slightly less impressive for Mable and the Wood are the controls. They are kept commendably simple with only a couple of buttons required, but I found a few of the different forms quite fiddly to use, although this is mitigated slightly with a ‘pause’ effect occurring for some of the trickier skills that require you to aim. It’s never enough to put you off the game, but I always felt it could be slightly better. Most of the time the game has a slightly sedate pace, but it does mean the sections with more urgency felt frenetic and slightly out of control. Luckily you have infinite lives, and the developer has thoughtfully been generous with the checkpointing. 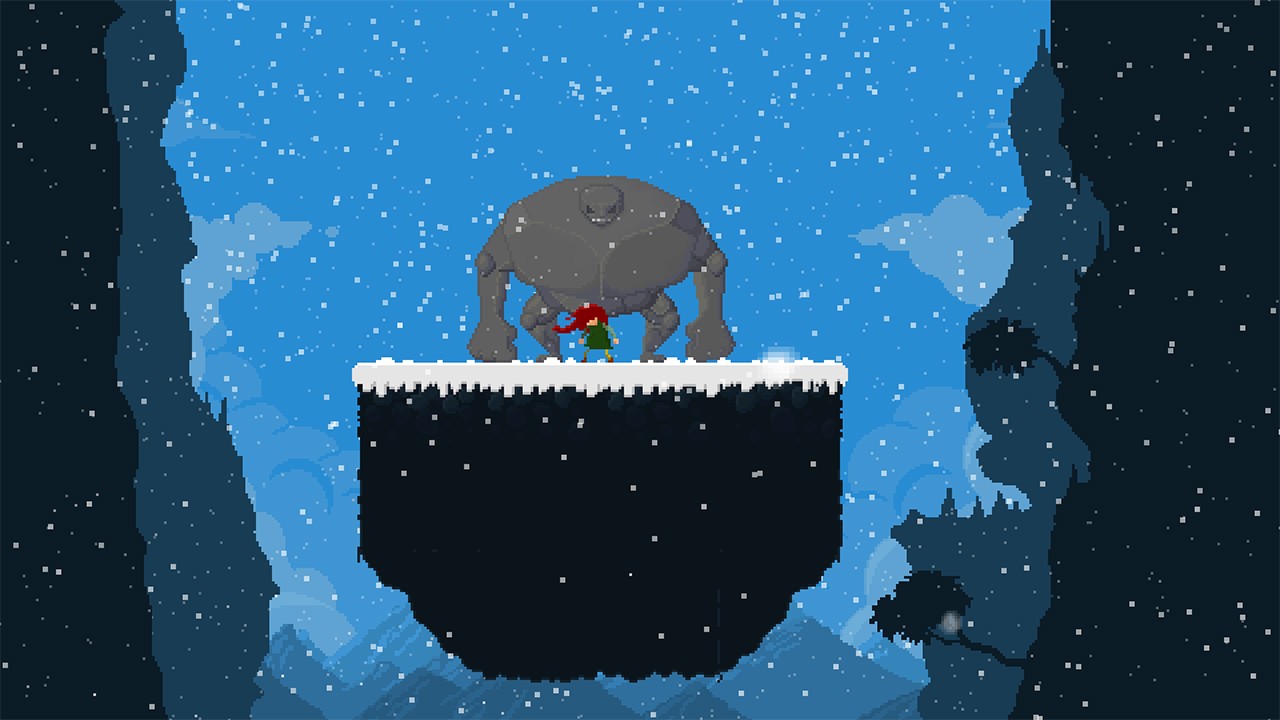 However, I was able to forgive these minor flaws as I explored the world and uncovered more of the lore and world history. While Mable herself is a silent protagonist, you’ll encounter plenty of human characters who drip-feed you information; both about your own backstory and the world itself. A lot of the time there’s a comedic or tongue-in-cheek feel to these interactions, but there’s also a tragic element that becomes more apparent as you play. You’ll also start to realise that killing all the standard creatures and boss characters isn’t always necessary, contrary to the usual policies of videogames.

While Mable in the Wood isn’t especially long it does encourage exploration as the game is chock full of secrets and hidden areas. Repeated playthroughs are likely, as you’re almost guaranteed to get the ‘bad’ ending on your first play and will need to play through again with a more pacifist outlook, and in particular try to find the secrets to bypass boss characters completely rather than killing them. Those players that are prepared to explore and uncover the world secrets here will be rewarded with a great experience (and I think it would be perfect for speed-run challenges), but unfortunately more casual gamers will be left unsatisfied.

A thoughtful, platforming adventure with some great ideas that don’t quite reach the heady heights it’s aiming for.