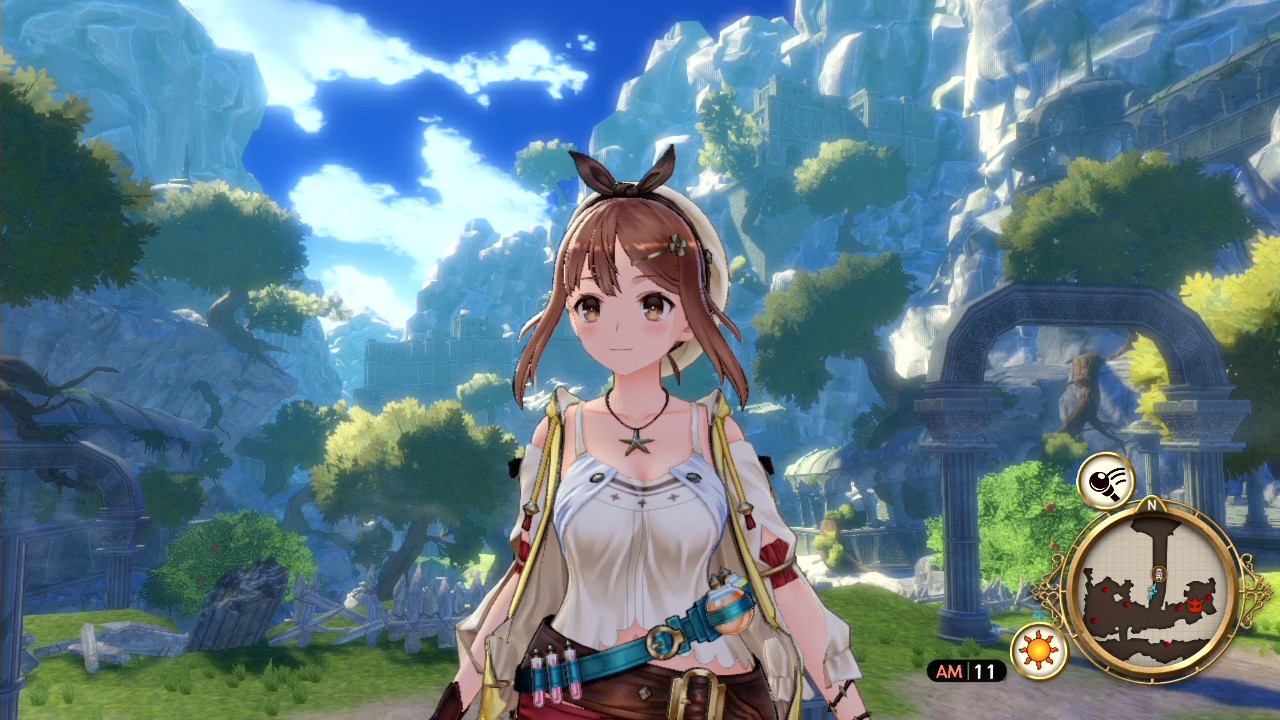 Atelier Ryza is a massive upscale JRPG that will eat hours of  your life, from taking time just to explore, to what you can gather. The sure depth of Atelier Ryza is surely its strongest point, however its also its biggest weakness. Right off the bat this game is NOT dubbed. This will instantly deter some people from even picking it up. It’s a shame, because what you’ve got here is a cute, charming beautiful game that has lovable characters and a very interesting battle system which I will get to later.

You play the game as the main protagonist Ryza Stout, a young girl who rebels against her parents wishes in order to seek out and pursue adventure. She is a very interesting character with her very own cute quirks and you feel engaged to find out more about her right away. She’s properly my favourite character in the whole series, which is quite amazing considering there has been a hell of a lot of these games in the past (over 20).

The game to start with is pretty slow. It takes a good few hours to slog through numerous tutorials and all you seem to do for them is just fetch quest after fetch quest, this does get old quite fast. However, because these reward you with new and exciting combinations in alchemy, it’s well worth the slog and it’s nice to get a sense of reward for all your trouble. 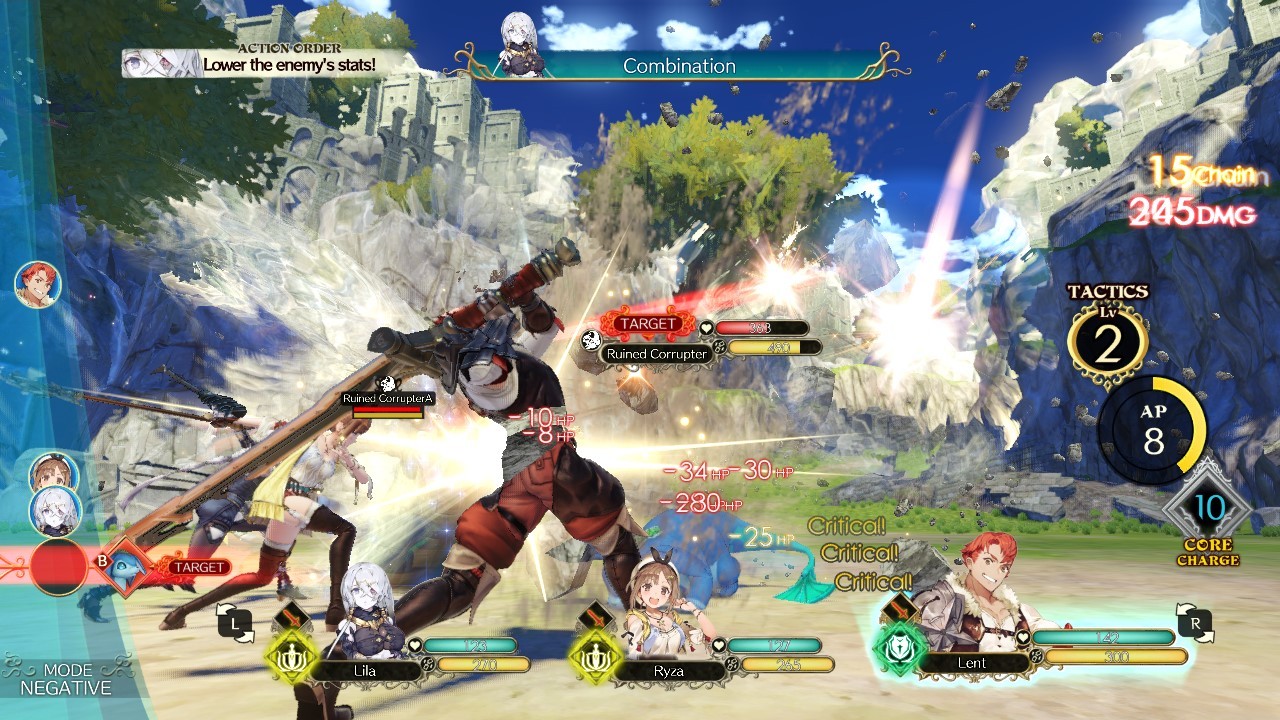 Atelier Ryza’s synthesis system is by far the best I’ve seen in the series, it’s really easy to just pick up and get straight to it thanks to the automatic craft system that has been implemented within the game. Battling in the game is unique too, you must gain AP by just simply attacking the foe and once you get so much AP, you can level up your tactics; either attacking more times or hitting the enemy with a huge move. However, levelling up your tactical level will consume all your gained AP, so there’s a fine balance between the two as these moves also cost a lot of AP to use, so you need to plan ahead in the big battles. You can select your comrades through the orders command which is nice, quick and easy.

The wonderful thing about Atelier Ryza is that, for once, it doesn’t just focus on the main protagonist. It focuses on the other charterers as much, maybe even more. The character development is maybe one of the best I’ve ever experienced in a JRPG. You will find yourself for the first duration of the game going on numerous adventures and hiking to new exciting venues. It’s not like other atelier games, it’s actually hard to see what atelier’s end game goal is. However, it soon becomes clear to you after getting into the game that it’s a light heartened, fun, cute and quirky JRPG that separates it from your normal traditional  JRPG’s

Making items in the series is a tradition as such and Atelier Ryza is probably the most rewarding for it. You can buy them like you usually would or you can create your own using materials you have gathered yourself. The higher the item you’ve gathered is the strongest, this also eliminates the need to grind or sell stuff for money in the game. The auto add items feature makes this easy accessible to even newcomers to the series. 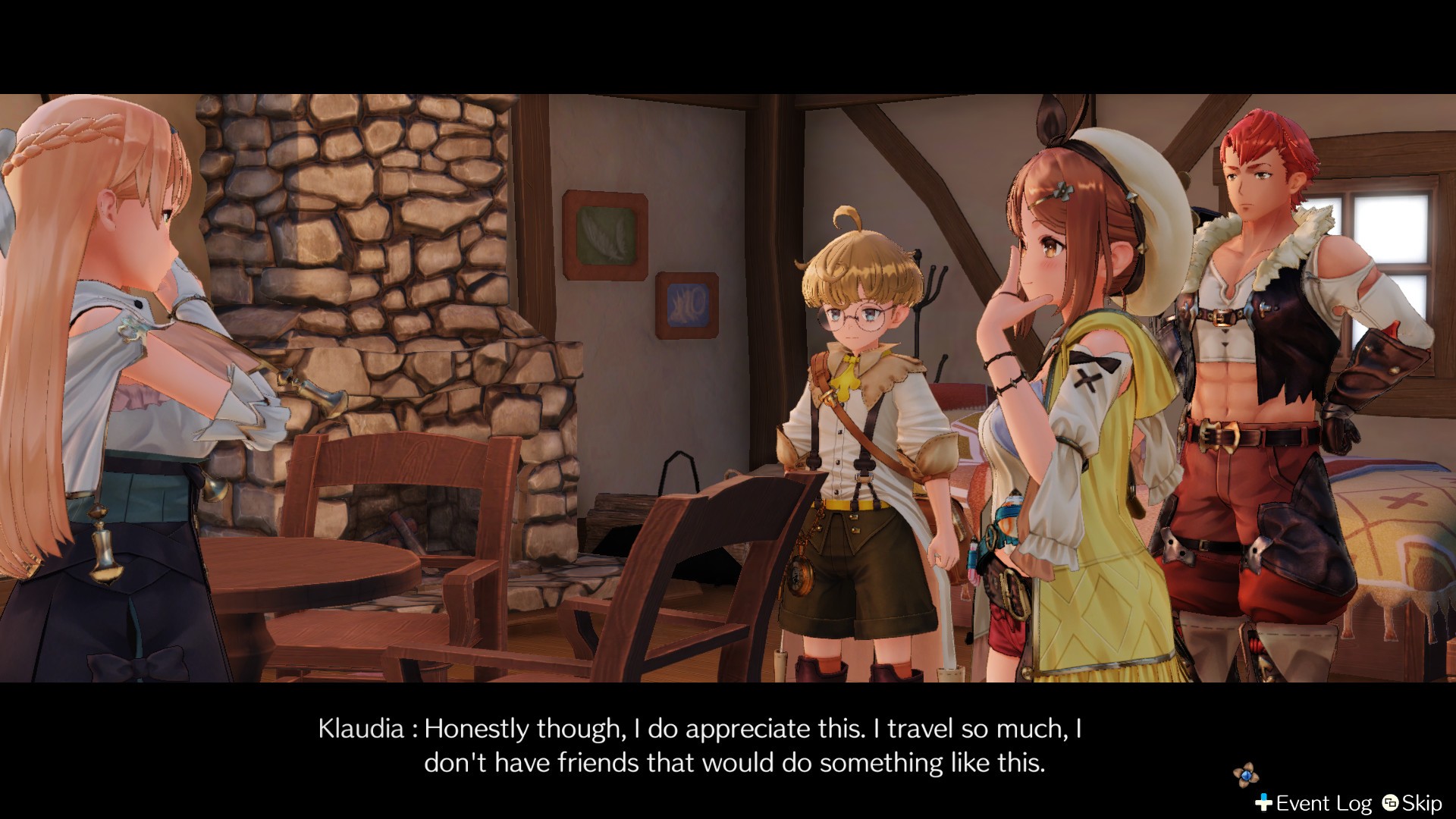 The soundtrack is perfect for the games atmosphere and setting. It features some wonderful melodies that are some of the best I’ve heard in an Atelier game. The boss theme for example is the happiest boss theme I have ever heard. The graphics are as vibrant and colourful as you would expect from an anime inspired art style. Its not groundbreaking by any means but it does look beautiful, especially on PC; after seeing various videos, the PC version is definitely the stand out version when it comes to graphics.

If you aren’t put off by the fact the game is undubbed, Atelier Ryza is an immersive and fun JRPG that will steal your heart and make you want to see how the characters develop. Its a slow burner for the start, but once you get past the slow start it’s an incredibly touching JRPG. It’s a breath of fresh air and isn’t your standard role playing game, it focuses more on the everyday adventuring life rather than the doom and gloom of many RPGs in the past.

The game does eventually end up at a point where you realise it does have an end goal but for what it’s worth, it’s a ton of fun and an enjoyable experience. The only thing stopping it being up there with the likes of Persona 5 is the lack of an English dub.

The wonderful thing about Atelier Ryza is that for once it doesn’t just focus on the main protagonist, it focuses on the other charterers as much maybe even more.