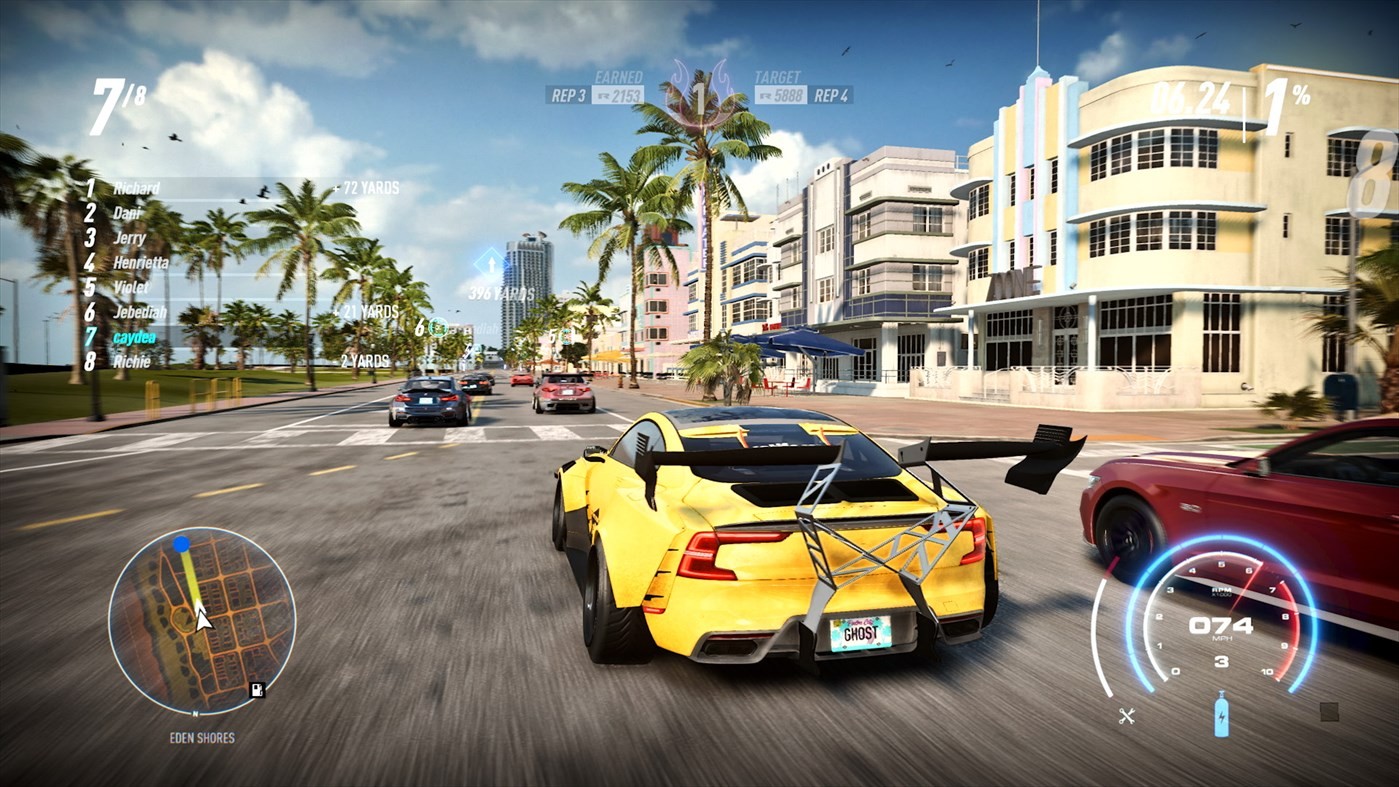 Did you know that the Need for Speed series of games has reached its twenty-fifth anniversary? I didn’t and it’s a fact that caught me by surprise, as well as make me feel old! Much like racing the streets of San Francisco, it’s been a bumpy ride for the series with plenty of ups and plenty of downs too, but overall, still remains one of the top arcade experiences in racing. To commemorate its milestone achievement, developers Ghost Games and publishers Electronic Arts have released the twenty-fourth iteration in its long-running succession of titles with Need for Speed Heat as it burns a release onto the Xbox One.

Powered by the Frostbite 3 Engine, this game has gone for a more back-to-basics approach in its style, but also incorporates elements of many of its contemporaries, from the thrill of the chase in Underground to the multiplayer mayhem of Burnout’s Paradise City. It doesn’t try and bring anything new to the genre, but instead borrows from other games to produce a high paced and adrenaline-fused racer that revolves around the gangs of illegal street racing. If you think Need for Speed crashing headlong into The Fast and Furious, then you’ll be halfway there in working out the mechanics of this highly-accelerated racer.

Much like previous entries within its series, Heat focuses its racing to drive alongside a narrative to keep the game’s pedal pushed firmly to the metal. You begin the game by choosing from a number of personas and from here you meet retired street racer and mechanic, Lucas Rivera. After purchasing your first car, from a selection of five vehicles, you then enter into the underground world of Palm City and its gang-cultured street racing circuit. With the help of Lucas’ sister, Ana, you join with a crew where you partake in a series of events in order to build a bank balance that allows you to upgrade and purchase further vehicles and work towards building your reputation in order to make a name for yourself. 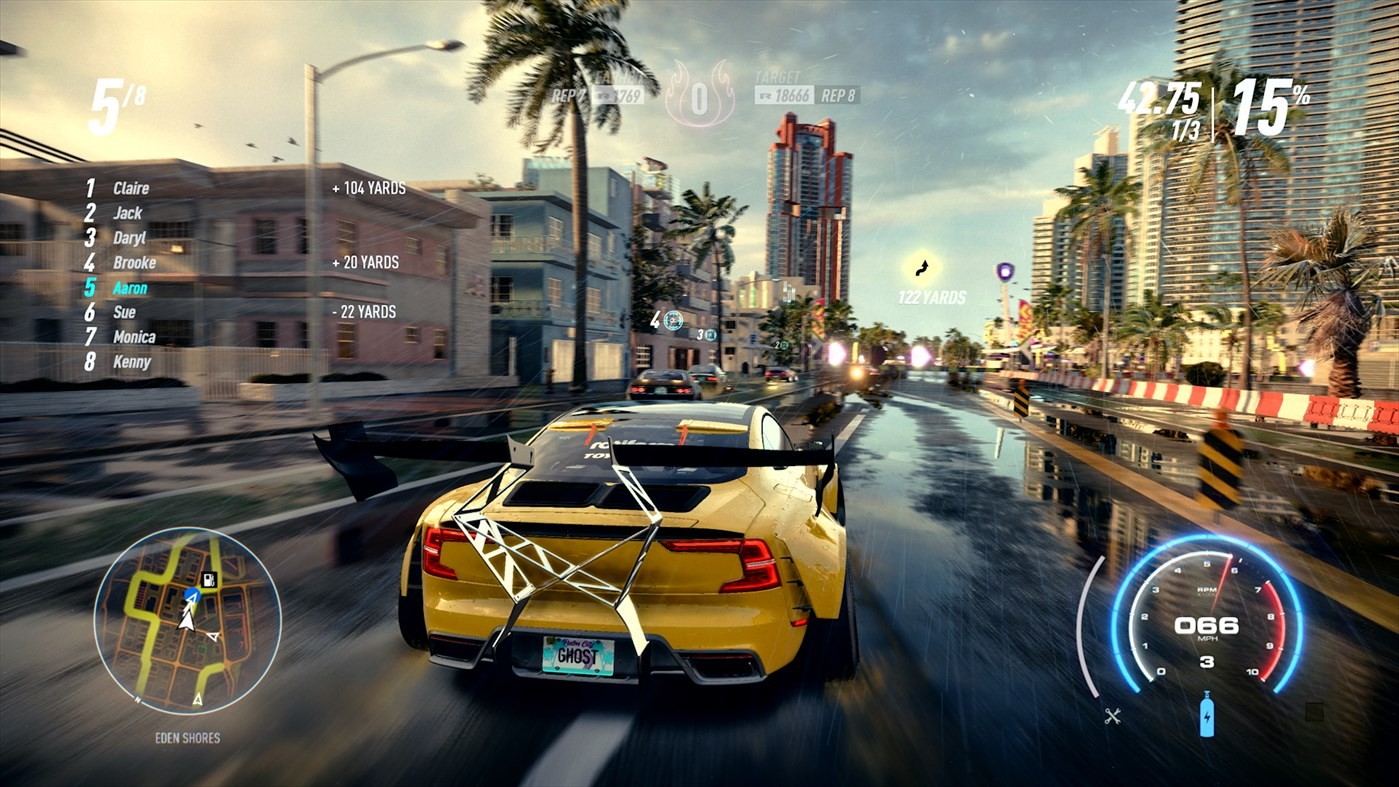 However, the Palm City Police Force, under the command of Lt. Frank Mercer, have set up a high-speed task force in order to combat the growing culture of street racing and using, sometimes unlawful tactics, ruthlessly pursue the street racers; yourself included. Despite this, the main focus of the game is purely on a racing experience. It works on two fronts, both during the day and by night as you race around the Miami-like, open-world of Palm City. By day, you race for well-needed cash prizes in order to pimp your ride. There’s a staggering amount of options here, from mechanical upgrades to bodywork, paint jobs and liveries. As well as this, the game also boasts a hugely impressive roster of vehicles that can be unlocked and bought as you progress through the game; your main goal being the reaching of the top-tiers of The League. By night though, you race through the neon-lit streets for Rep, or reputation which is used to build a name for yourself and get yourself recognised in order to unlock further events, vehicles and crews.

It’s an interesting mechanic and one that propels the game to a new height in a reasoning for racing. With two tiers to aim for, the game produces a balancing act in order to grow both functions of making money and earning rep. It’s almost like two games in one and is something that helps promote a freshness throughout its high-octane journey. To throw a spanner in the works though, you also have to avoid the unwanted attention of the local Police Force, producing some exhilarating moments as you race through the streets, outrun the police and crash through the destructible scenery of the city. The game’s engine promotes a smoother experience in the art of racing, with less scenery-stopping models to ensure that the pace is relentless as you burn through the streets.

Much like many modern racers, the game can be played entirely online or offline; although the latter seems to be the main premise, even when online. This is largely down to a mechanic that just simply allows other players to join your events; there’s no persistent world that is filled with other players as roam the streets, at least not any that I ever came across. Whatever mode you wish to play, each can be seamlessly activated through the main menu. It’s a function that works when it comes to events, but is never one that matches the same style of gameplay as say, Burnout: Paradise City or Forza Horizon. Because of this, the world in which you race can feel a bit empty at times, but don’t let that detract from the overall fun that can be had with this game. 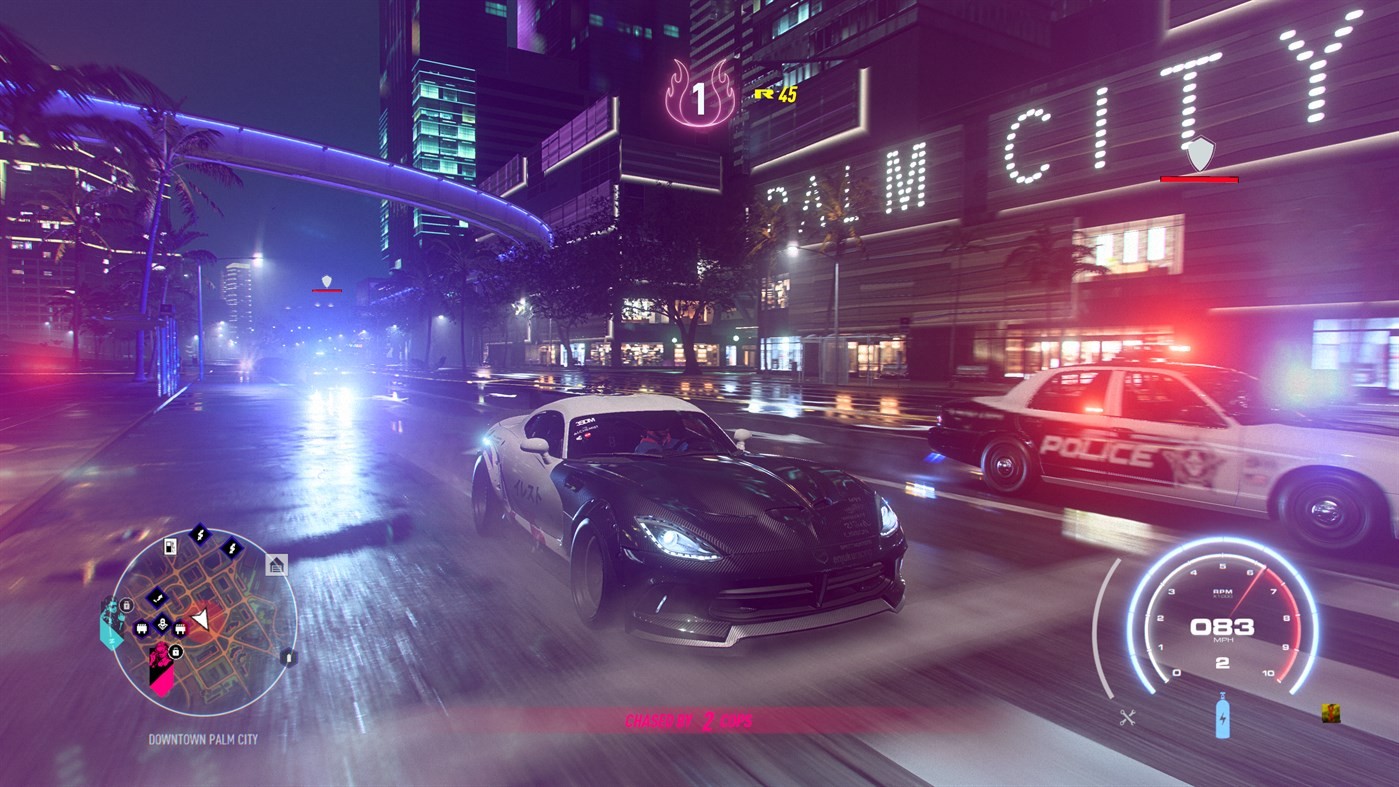 Palm City itself, is a delight to race through and explore; especially with its changing between night and day, as well as varying weather conditions. In fact, there’s a distinct difference between racing during the day and in the evening. There’s a vibrancy amongst the neon lights as opposed to the normal life of sun-soaked streets. In terms of its racing, the game presents a great portrayal of street racing. Apart from the odd barrier, the majority of the scenery around is destroyable, as you drift through shrubbery, take down walls and smash through street lights. It presents a relentless race style that drives as smoothly as the control scheme. Braking, drifting and sliding can be easily executed as you burn through the traffic against a series of AI and human opponents.

If there’s one part of the game that breaks the seamless pursuit of glory, then it has to be the police pursuits that ensue whilst racing. There seems to be a distinct advantage to the police aggression here, making it difficult to shake off pursuits and avoid arrest. As with previous Need for Speed games, you can drive through gas stations to repair any damage on-the-fly, but these only have a limited use and although you can damage patrol cars, they usually end up inflicting more damage to your vehicle and ultimately force you off the road and apprehend you; losing you vital funds or respect that is needed to advance.

Overall though, Need for Speed Heat is a welcome return to form for the series; especially after the disastrous Payback. Being the twenty-fourth game in its series, the racing is seriously on-par with what you would expect. However, it’s the mechanics of this game that makes it race against the leaders. Its ladders of raising funds by day and rep by night produce two distinct styles of racing and the playground world of Palm City holds a good deal of variety in the locales that comprise it. It runs smoothly, at least the racing does, the cut-scenes can be a little off at times and the controls are nicely implemented to grant you full control over whatever vehicle you may be driving. It’s also here where the game shifts up a gear, as progression through the game awards better vehicles that really accentuate the level of control you can have over them. Police chases are brutal and often unfair, but then again, to become the best, you have to be the best and it’s this goal that, ultimately, makes this game accelerate.

Need for Speed Heat is a welcome return to form for the series.