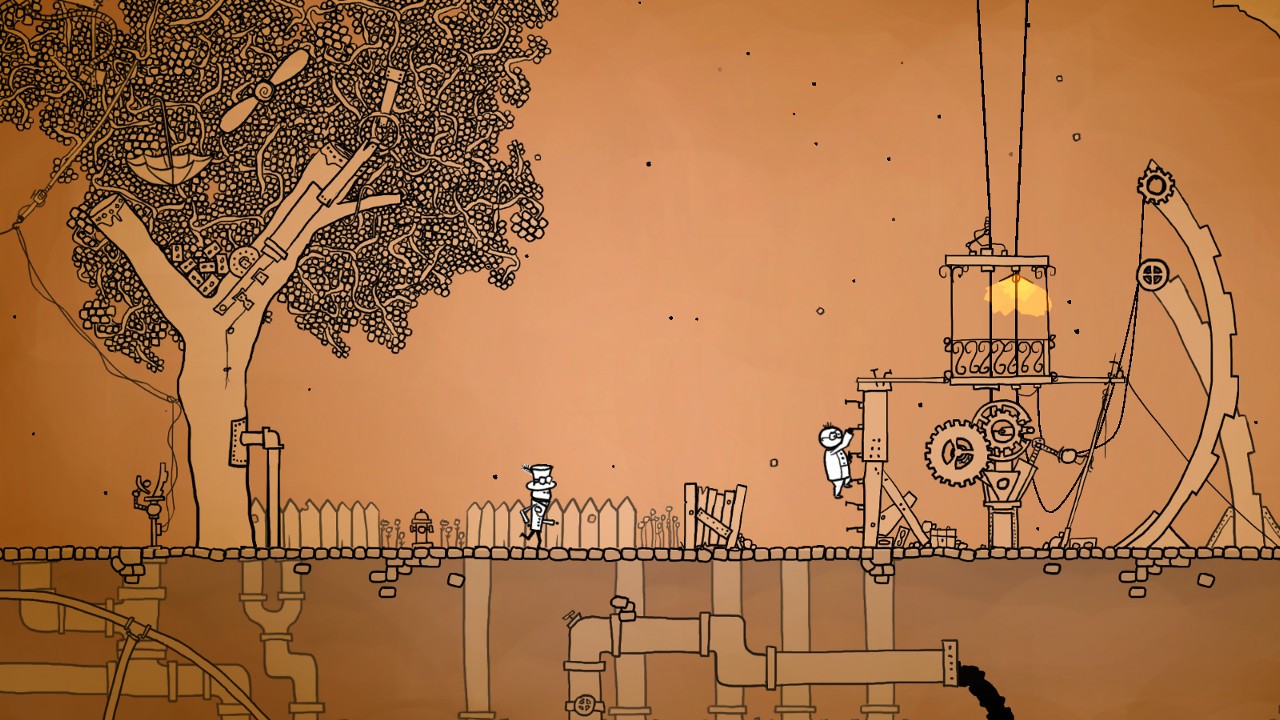 During my time writing for BonusStage, I have reviewed more than my fair share of Puzzle Solving Games. However, I must throw my hands up and admit that 39 Days to Mars is by far my favourite and is furthermore one of the most interesting and creatively inventive independent games I’ve played this year. Developed and Published by Its Anecdotal, 39 Days to Mars has KickStarter to thank for its inception, for the game was entirely funded by fans back in the distant year of 2014! And let’s just say their money and the long wait, was well spent and well worth said wait. Now before we begin this review I must preference it by stating that I was playing on Solo-Mode, however the game is clearly designed to cater to the Cooperative mode, so my opinions may differ from someone who actually played with another gamer.

The story is rather simple but is rather effective. You take control of Sir Albert Wicks and his Partner, the Honourable Clarence Baxter; two 19th Century explorers who wish to take their hobby to the next level, and travel to the final frontier. As the title suggests, they wish to explore Mars, with much of the gameplay and further story involving their preparation and the journey itself. I don’t actually want to spoil anything, because this is the type of game that relies on the emotional core of its narrative, and I just don’t wish to spoil the experience for you guys. Instead, I will conclude my point on the narrative by stating that it’s just such a moving story and highly enjoyable. (seriously go play this game). 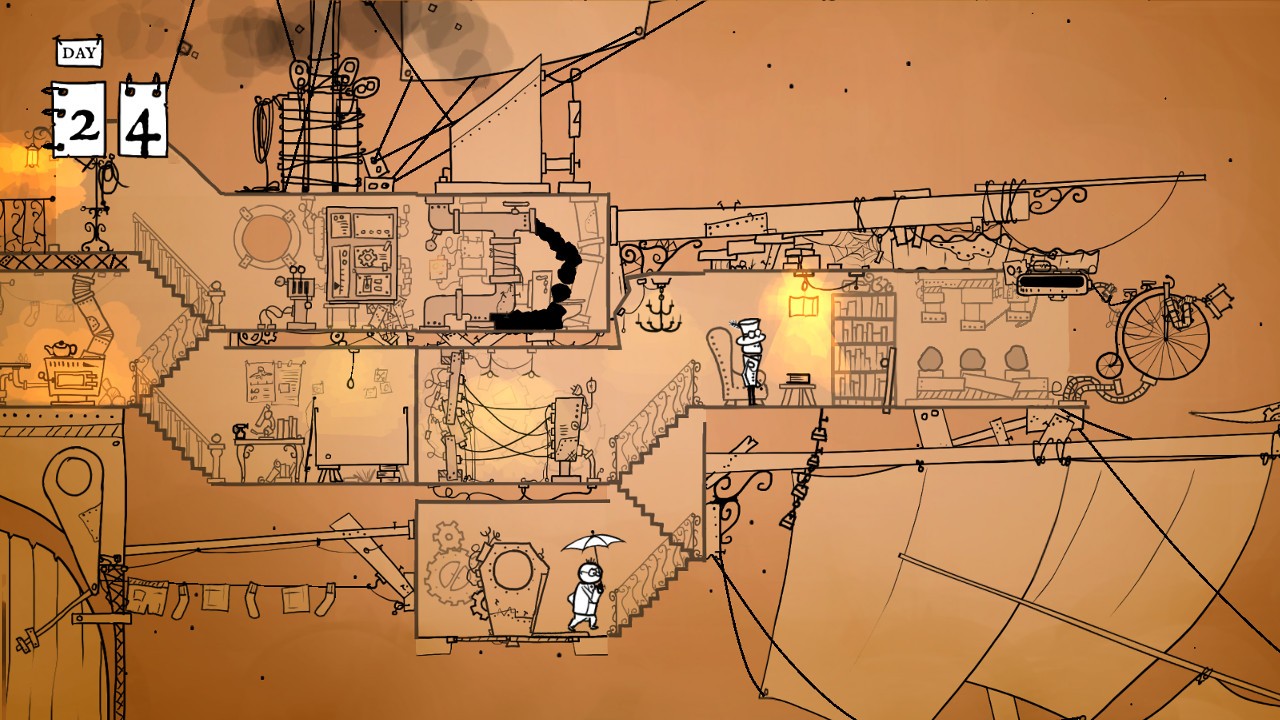 Now, in terms of gameplay you don’t need me to tell you that with puzzle games… You’re going to get a LOT of puzzles, and by a lot of puzzles, I mean PUZZLES EVERYWHERE YOU TURN. In order to progress through any part of the game, and advance through the various days, you’re going to need to complete a selection of these puzzles, the good thing is that each one is different, challenging and intellectually stimulating. I would say that somewhere particularly trying, but that is really down to the controls (which I will get onto momentarily). Following some research, and watching two people play on YouTube, I would recommend playing Cooperative mode with a friend, should you wish to advance through the game at a quicker pace.

So, I just alluded to a problem with the game’s controls, and it’s not a glaring problem per say, more like a minor inconvenience that can stress you out if you just want to finish a puzzle! I became aware of these pesky fiddly controls during the very first puzzle, in which you have to reconstruct a map (you guessed it to Mars) and some pieces need to rotated in order to be stuck together. Now let me tell you, rotating these tiny pieces of paper, were perhaps some of the most taxing pieces of gameplay, I have encountered this year! Again, I only played Single-Player mode, so I cannot speak on behalf of the controls for Co-Operative Mode.

The graphics are excellently designed and I truly enjoyed how the game itself looked like many of the blueprint sketches that Wicks and Baxter create, and added another lay to this steampunk-esque aesthetic. It was a very unique and distinctive style, one that really fit with both the time period the game was set and the overarching narrative. I think it would have been easy to follow recent trend and have the game be arcade like and pixelated, but there was something about this, ‘hand-drawn’ like design that was truly the icing on the cake so to speak. 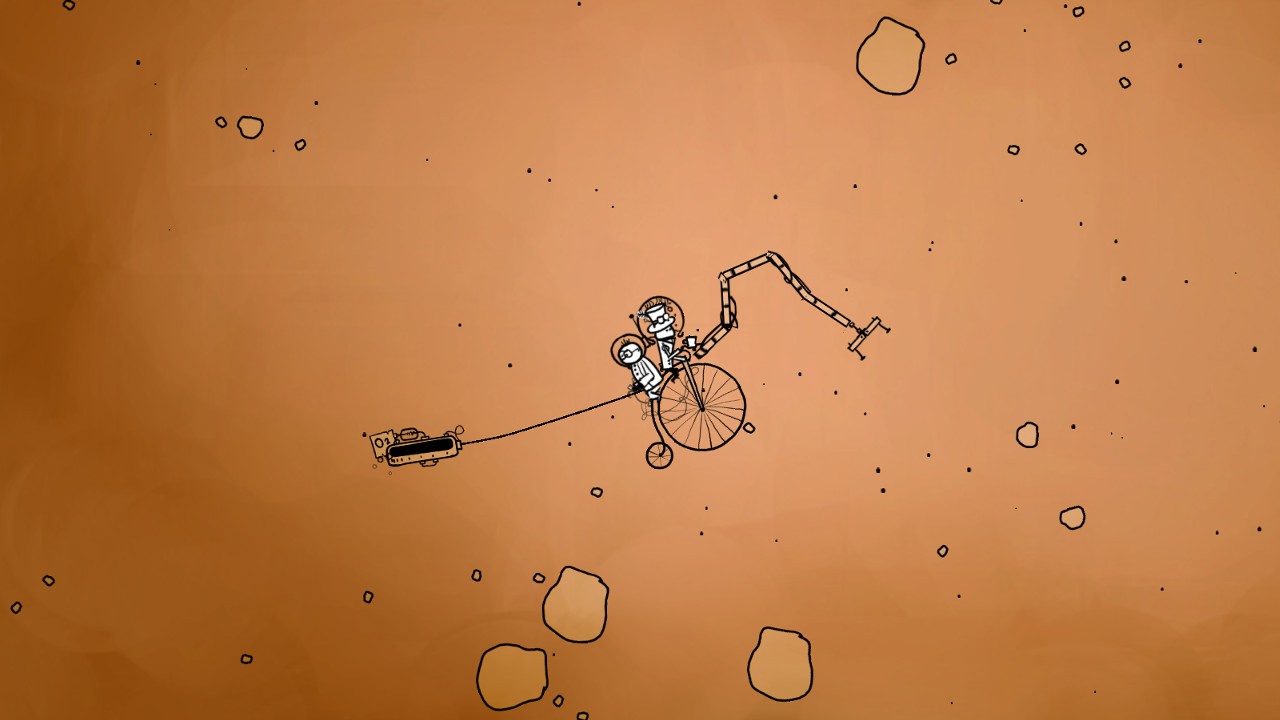 In terms of voice acting and sound, the quality cannot be faulted even in the slightest. Every piece of music fit so perfectly within the created world, that it feels so organic and is unusually soothing. In this regard, as strange as it may sound, but the game gave me some serious Little Big Planet vibes. I would also like to highly commend the work of the voice actors for a truly amazing performance, I honestly feel like the two separate characters being voiced added an extra layer to the game, without them I think the plot would fly over many people’s heads or would simply be deemed too ‘quirky’ of an idea.

Overall, I would highly recommend 39 Days to Mars to any and all of my friends. The game truly took me by surprise and whilst it may have not taken too long to complete it certainly left a memorable impact on me. The game is currently retailed at £9.97, which in some regards is a little pricey for the amount of gameplay you receive, but as I said, this game is highly enjoyable and if you’re a lover of puzzle games then I’m sure you won’t mind spending this much. Anyway, that concludes my review, happy travels explorers.

Grab your tea-cups and ready the ship for takeoff, we’re off to Mars!