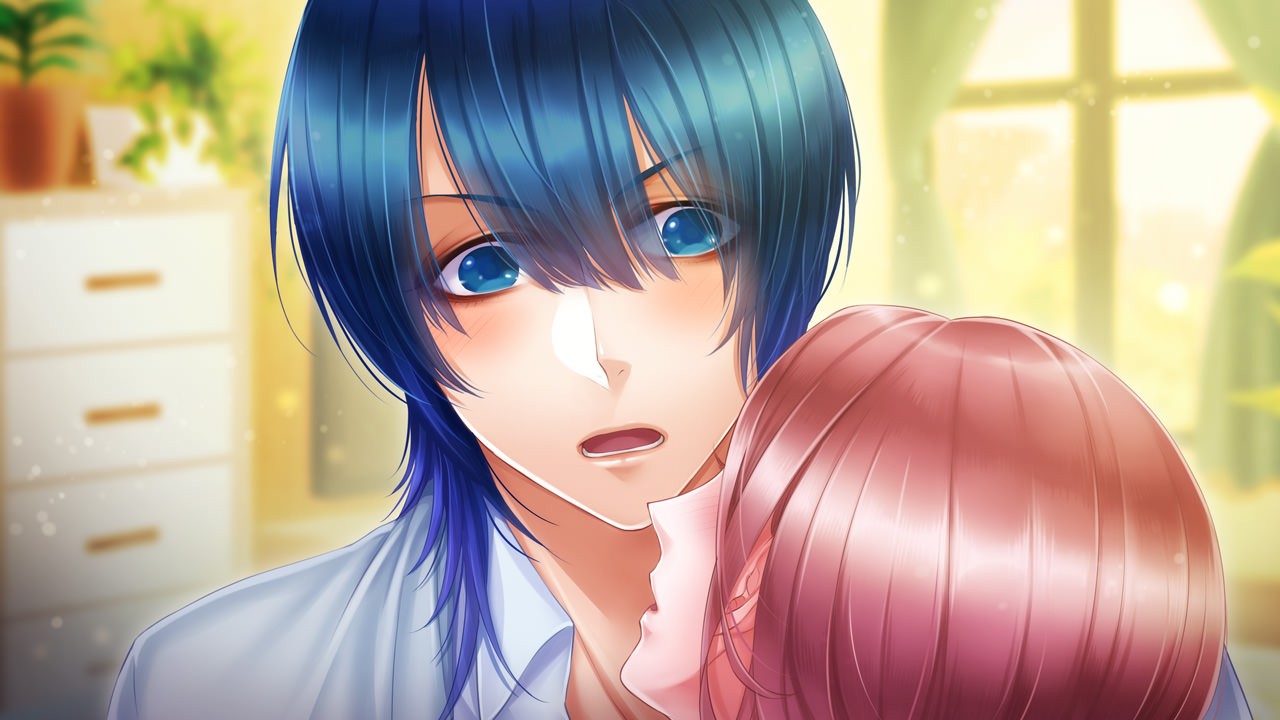 Every so often, I come across a game that simply defies my expectations. Usually, when a critic or a friend or just some dude on the street drops this phrase, you’re excited and ready for something that’s going to blow your socks off. Like the reactions to Death Stranding have made me salivate to try it out, or the anticipation for Shin Megami Tensei V based off of my own personal saga with the fourth game. But this is a wild, unpredictable and frankly dangerous swing in the opposite direction. I don’t have a lot of hope or excitement for Otome games to begin with, due in part to my being not attracted to men and super not attracted to overly feminine anime men. I can usually find something interesting or at least noteworthy in the game to keep it above water in spite of my own prejudices. In the case of Ayakashi Koi Gikyoku, I found absolutely nothing and then some. This game is BAD.

Developed by OperaHouse and published onto the Switch through DIGIMERCE, Ayakashi Koi Gikyoku ~ Forbidden Romance With Mysterious Spirit should set off some huge alarms right away due to the title even sounding funky. There’s a missing article in what should be the most over-the-plate pitch of grammar that a localized (or, in this case, translated) game can offer. The plot is easily one of the most confusing and convoluted things in the world. You play a girl who can be named anything (default name of Suzuno) who decides to go to a concert with her friend to see the Visual Kei band FOX-EAR. For those unaware, Visual Kei is like when you take glam rock and J-Pop and smash them together at high velocities that leave zero survivors. Anyways, Suzuno goes to the concert and it’s all cool and things until the boys start singing. Then, suddenly, this necklace that she introduces almost before her own name starts to glow, and this “magatama” (comma shaped) piece of jewellery freaks out and Suzuno passes out. Instead of going to a doctor or even just being pulled out of the crowd and given water, the consensus is to bring you back to the band’s dressing room, where, after making sure you’re not dead, the band is INSTANTLY divided about you giving them the necklace or not. In the confusion, you are then promoted to band manager, because I guess that’s the law of the jungle here. Having gone from casual fan to leader of their future, Suzuno must ask the next logical question: which of these boys is gonna blow a baby up inside me? 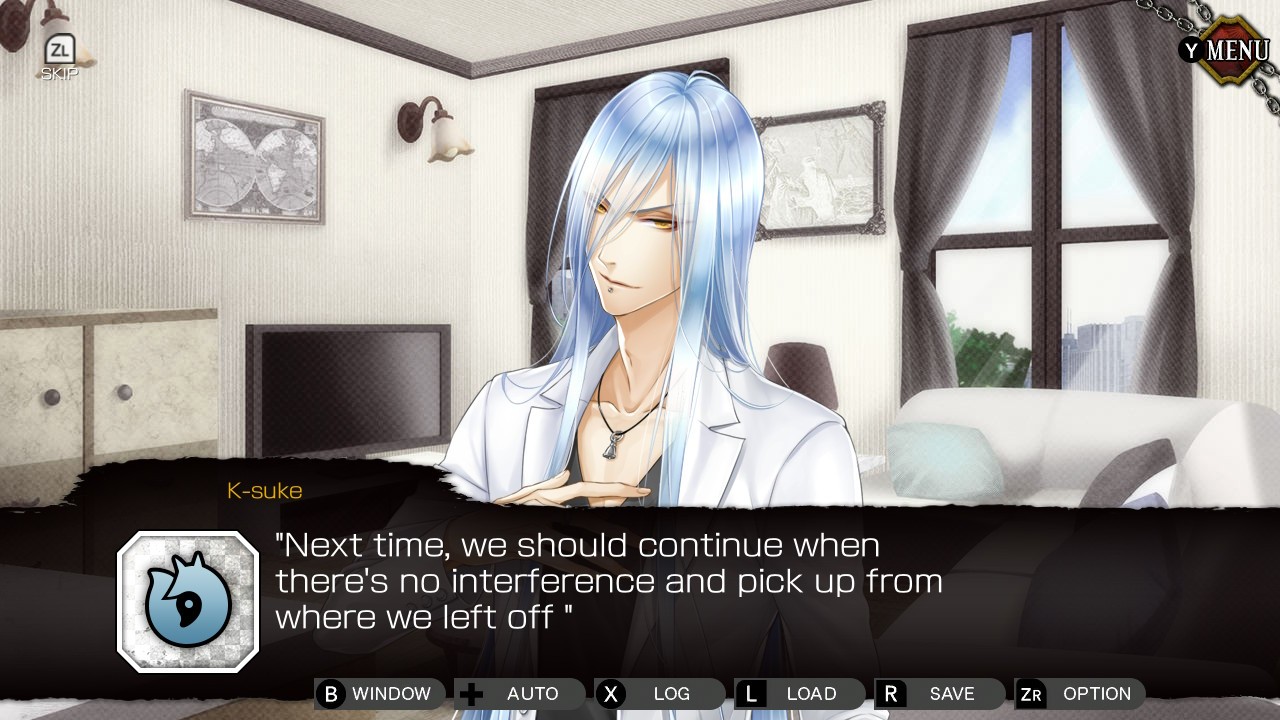 Alright, that last part was a bit of an exaggeration, which almost anyone would know given that a.) this is an Otome game with romance focuses and b.) this is the Switch and Nintendo hasn’t crossed that line just yet. Once you slog through the opening prologue (which you can opt to skip because it doesn’t make a lick of sense), you then move forward with deciding which of the boys you’re going to slowly wear down until he loves you, because organic romance is dead and putting a target on someone is the thing to do in the ‘20s. You’ve got all the tropes you could possibly hope for in your boy selection. You’ve got the aggressive, standoffish dude who treats you like trash because he loves you. You’ve got a boy who looks like he’s twelve but you can totally see that he’s got maturity in his eyes or whatever. You’ve got really tall, aloof dude who may or may not actually be gay but he’ll decide to settle down with you regardless. Then you’ve got pretty boys who could easily be girls if the hair styles were slightly different but, because this is marketed towards the other side of the coin for people who dropped eighty dollars on Senran Kagura DLC, they’re dudes and you want them. Choose a man, move forward and live through a ridiculous scenario with them and the other FOX EAR members in the background, as you clean their apartments, assign their gigs, help them with emotional turmoil (usually involving you) and push them to go solo and follow their dreams. As long as their future involves eventually love confessing to you and having a still shot of the two of you making out, it’s a win.

Like all great prey stalking simulators, Ayakashi Koi Gikyoku offers you multiple chances to interact with the boys and make one of two or three decisions as to what to do next. Sometimes they’ll be super obvious: do you want to tell the boy that you would like to spend time with him, want to spend time alone, or spend time with everyone at once? Sometimes it’s more nuanced, and you need to check your role in this game and not try to rush forward too quickly. After all, you want to be forward and clear but not too forward, because then you’ll blow it and the dude in question won’t want to deal with such a brazen woman. However, in what is about to turn into a huge deal in this article, sometimes you can’t make the right decision because the decisions are NOT clear whatsoever. In once instance, Kasumi (the aforementioned boy who could pass as a girl) is looking for some alone time. You get three choices as to what to do, and one of them is “Is Disturbing.” That one sounded like we might take a hard right into a horror visual novel, so I decided to go with it, my expectations at the ready. Instead, Suzuno asks Kasumi “are you sure I won’t be disturbing you if I stay?” Surprise! I accidentally picked the right thing to say based on no idea whatsoever. Also, that means that our relationship went up, based on the ONE GODDAMN ANIMATION in the whole game for when you get a relationship up, and the animation was choppy and stuttery. Sorry, but most of the game is just stills with voice work by some very competent and pretty sounding seiyu, so I was stunned to watch OperaHouse drop the ball on the single moving piece of the game. 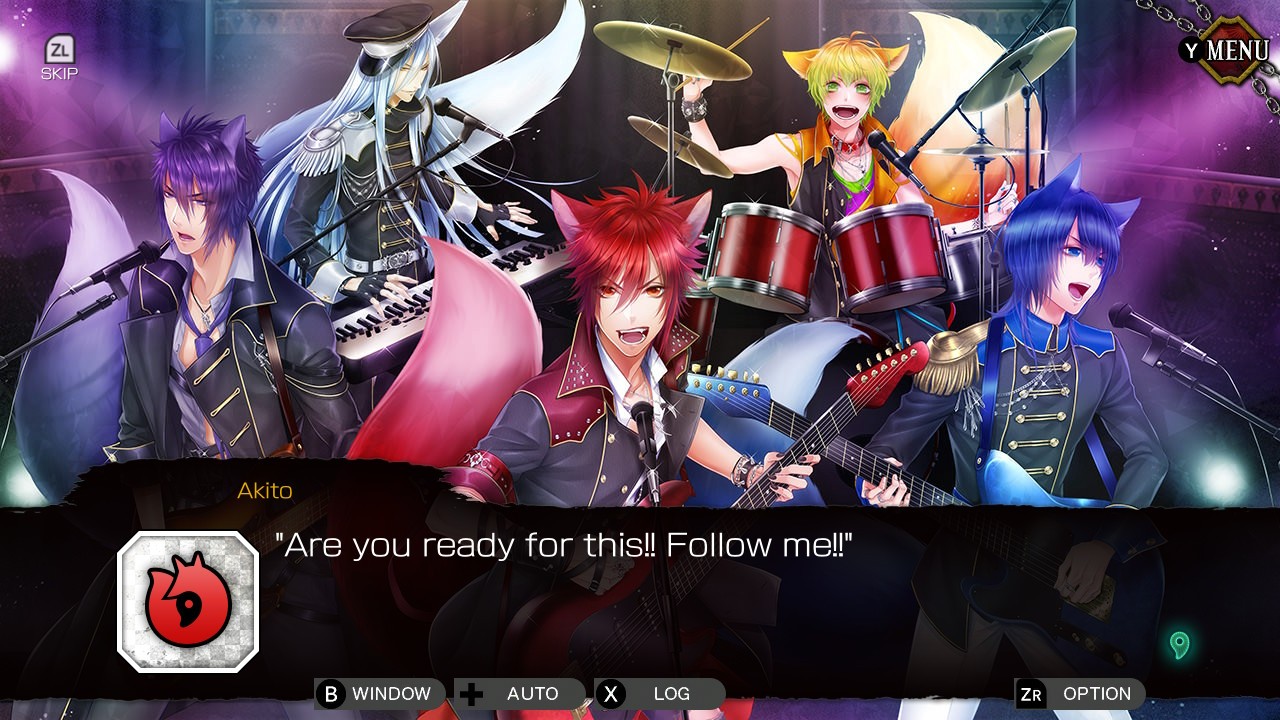 At this point, I need to drop all pretence of playing nice (which has been thinly veiled to begin with) and just rip off the bandage. Playing Ayakashi Koi Gikyoku in English is an unrelenting nightmare. I don’t know what it is with all of these dating simulations (specifically for Otome games) to be so poorly localized, but it’s usually something where the English is janky, awkward, but useable. This game takes it to a whole new level by reaching moments of incoherence and loss. Punctuation is missing for every other sentence. Grammar is but a passing dream that you hope might worm its way back into the household one day, but you know it’ll never happen. “Kasumi went silent after murmur” is a great example of something that you read, pause for a moment, and have to fill in the blanks by yourself to connect the dots. The problem is that the game isn’t so bad that it’s totally illegible. If it hit that moment, then I could just walk away from the game and never think about it again. Instead, I had to play Act after Act, using glue to try and make this collage of word salad resemble the full storyline that I was expecting. You don’t really read or understand this game so much as brace yourself. If you sit there and click through every single line of short, meaningless dialogue you go mad waiting for something important to happen, and then you realize it DID happen and this is just some unseen God punishing you.

There’s going to be a game for everyone. My favorites aren’t your favorites, and that’s more than alright. Perhaps the voice work and the pretty characters will be all you need in order to find love and success from these angular, awkward boy band offshoots. Maybe you’ll be a bit displeased with how poor the text is, or maybe you won’t care because K-Suke or Akito are still your type in spite of everything. Ayakashi Koi Gikyoku wasn’t worth my time, and I can’t think of many people who’s time it will be worth. The story isn’t particularly innovative and being the sole woman to a whole bevy of boys doesn’t reinvent the wheel either. Take your chances, consider your own financial input and then move forward, but know that I do not give my blessing for picking up this game.

A bland, confusing storyline combined with some exceptionally poor localization will beat down all the good voice acting in the world.