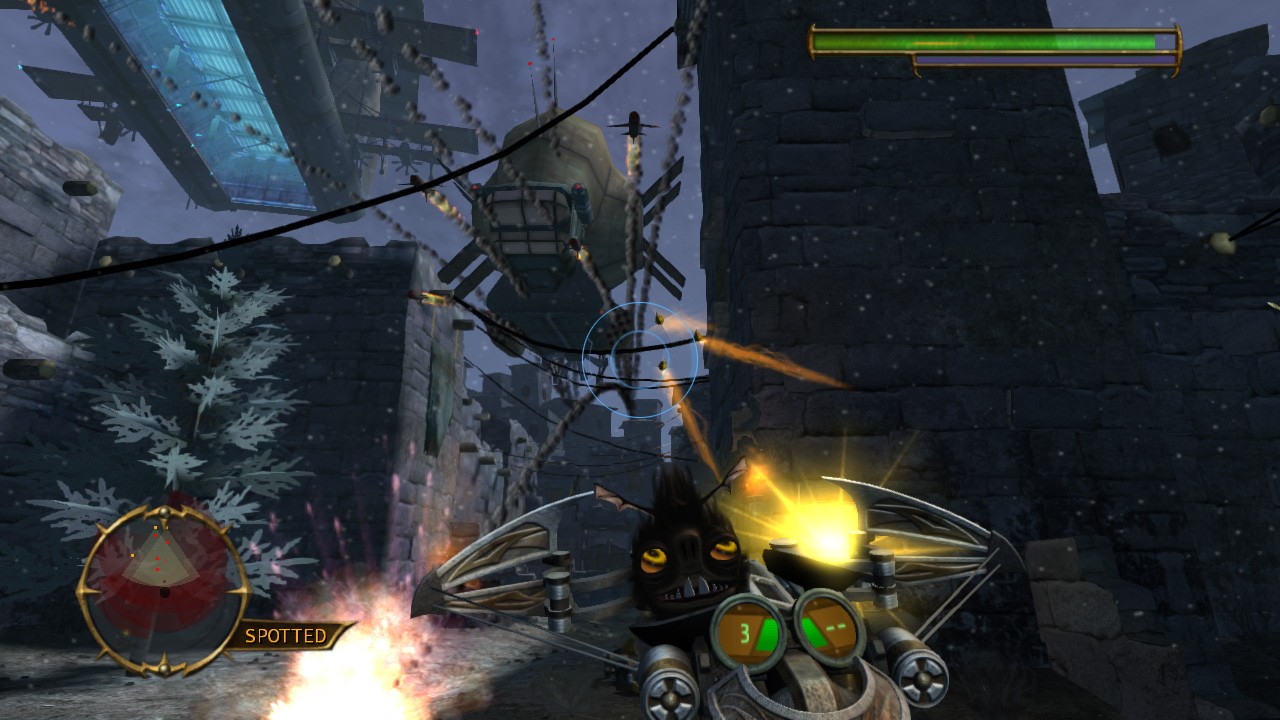 The Oddworld franchise is synonymous when taking a retrospective look back at the Playstation One and, more specifically, Oddworld: Abe’s Oddysee. However, arguably the most successful title from its series started life as an original Xbox exclusive with the release of Oddworld: Stranger’s Wrath more than fifteen years ago. Its eclectic mix of platforming and shooting produced a unique take on its genres, with subsequent HD makeovers that have since seen releases on a number of other platforms such as the PS3, PS Vita, iOS and android platforms and now, oddly enough, shoots a release onto the Nintendo Switch.

What makes this HD version of the game different from its original release, is not only the sharper presentation in its graphics, but also included remastered dialogue and voice-overs, added features and with this release for Nintendo’s machine, now incorporates another updated feature that allows for motion-controlled aiming; although oddly, contains no support for touch-screen functionality. Originally developed by Oddworld Inhabitants and Just Add Water, this new Switch version has been ported over by Square One Games and presents what is, probably, the most updated version of the game to date.

If you’re unfamiliar with Oddworld: Stranger’s Wrath HD, then the game revolves around you, a bounty hunter known only as the Stranger. Set in a distinctly Wild West setting and based around the lands of Mudos, you undertake a series of bounties to capture the local outlaws and bring them to justice, as well as bring peace and prosperity to a number of townships and townsfolk. Whether dead or alive, each villain that is bountied rewards you with Moolah, the game’s currency, which in turn allows you to upgrade certain features to help make your job easier. However, with a need for the Stranger to undergo expensive surgery in order to survive, you eventually take on the ultimate bounty from the owner of Mongo River and from here, the Stranger’s journey takes on a bountiful twist. 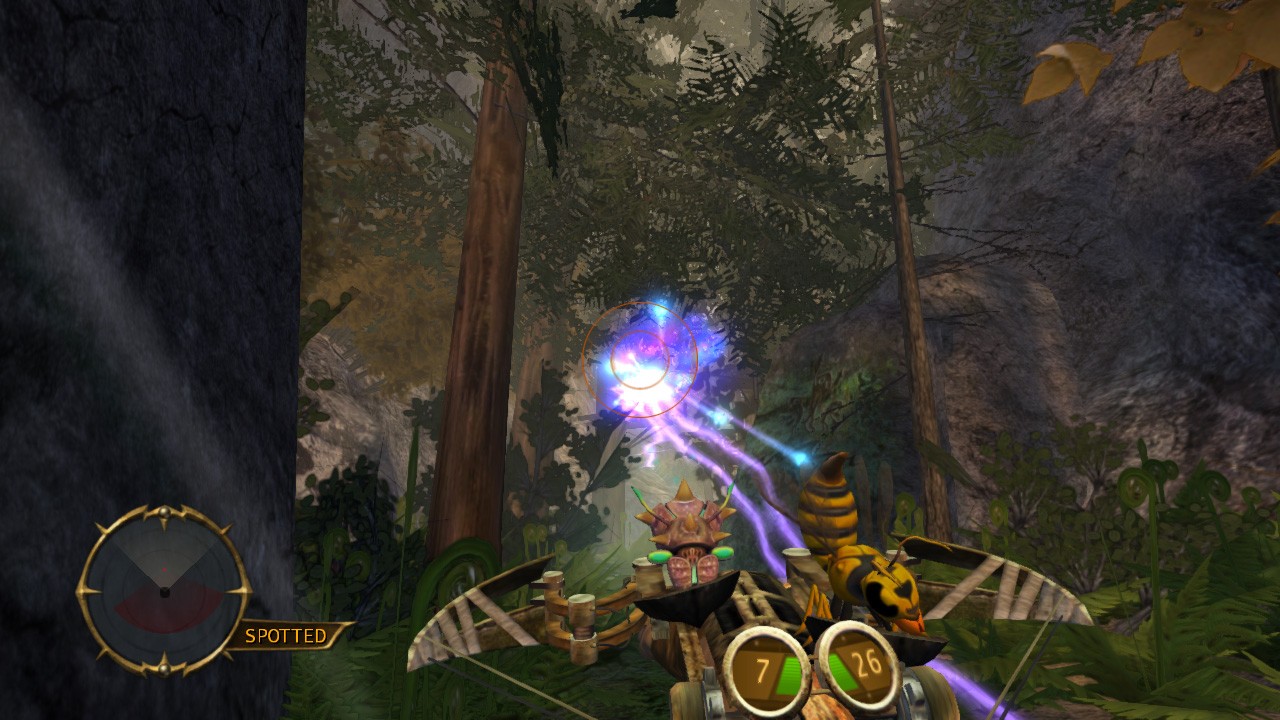 What made this game stand out upon its original release, was not only its amalgamation of platforming and first/third person shooting, but its charming oddities that comprise the world around it. For instance, the inhabitants of Mudos, yourself included, are distinctly non-human. Although its general presentation is rather cartoony and borderline comical, its narrative and world are distinctly dark, gritty and edgy; especially as your role as the Stranger and his distinctly anti-hero persona. Its real charm though, lies in its unusual blend of mechanics. From its third-person perspective and ability to switch to first on-the-fly to its critter-charged variations in the ammunition that you use to apprehend your bounties.

Armed with a double-barrelled Crossbow, you roam the landscape capturing insect-like creatures to use as ammunition for your trusty weapon. These critters allow a variety of uses, from Chippunks that create diversions or provide a lure to a particular spot, to Bolamites that are spider-like creatures that can bind your targets within a web. Then there’s the Fuzzles that can lie in wait with their sharp teeth to the Boombats that offer an explosive alternative. Some creatures can even provide a source of energy, such as the Zapflies that electrically charge switches and open impassable doors. It’s within this unique structure of gameplay that Stranger’s Wrath has been able to withstand the test of time and produce a series of releases across a range of platforms.

The main focus of the gameplay revolves around traversing the countryside and completing a series of bounties in a variety of towns. Waypoints provide a means of direction and as you explore the various regions, you are tasked with jumping over platforms, climbing ropes, hiding in tall grass for a more stealthy approach and adopt a tactical level of play as you lay traps, deploy lures and apprehend your bounties in order to make as much Moolah as possible. With its variety of game styles, the game retains a level of freshness and uniqueness that makes it an enjoyable blast, despite being fifteen years old. Sure, it looks dated in some of its graphical presentation and its palette is distinctly ‘dusty’, but its overall level of gameplay still feels as fresh as the day when it first released. 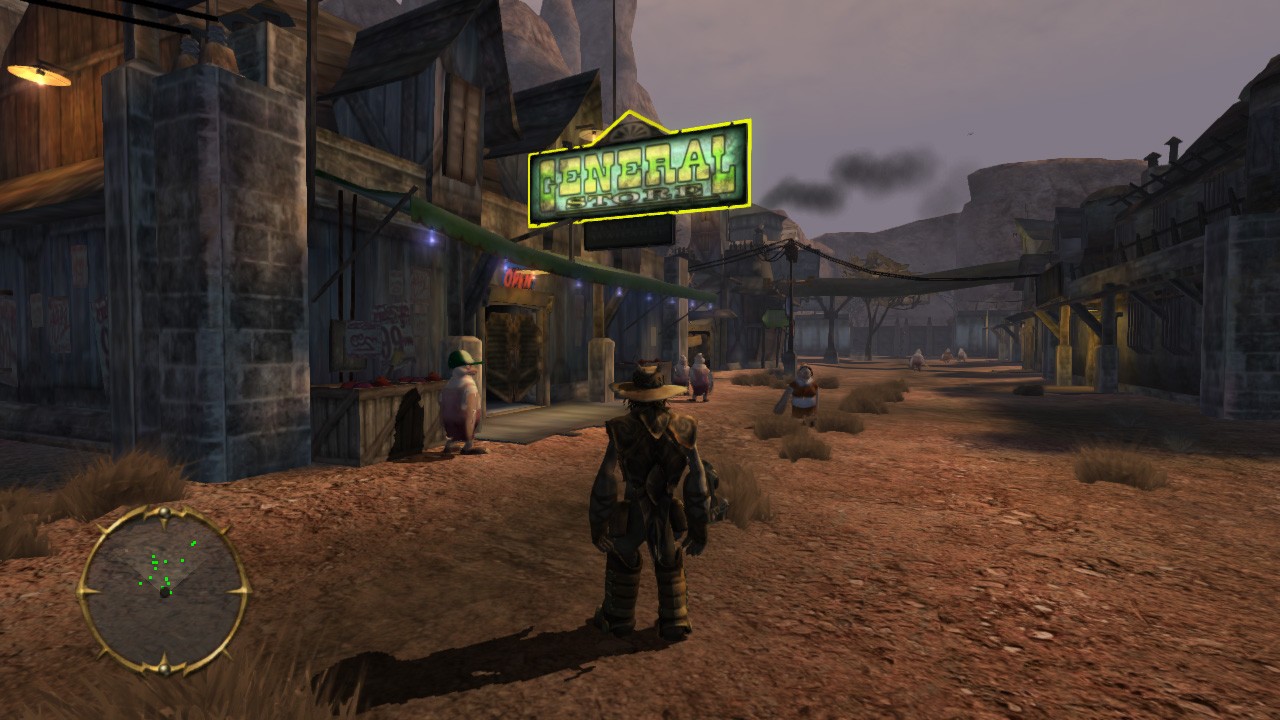 This is largely due to a level of control and simplicity in its mechanics that allows the player to approach each scenario in a variety of ways. It’s instantly easy to pick up and play and learning all of its mechanics is simply child’s play, yet the overall tone and challenge that lies before you is not for the faint-hearted. This is all further bolstered with some light role-playing elements that allow you to exchange your hard-earned Moolah at upgrade stores and purchase a series of tweaks for your crossbow and armour, as well as expand your arsenal of abilities with binoculars for long-range scouting and some good old-fashioned knuckle-dusters for those up-close brawls.

It’s this scope of possibility that lays the foundations of making this game a playable classic. From the uniqueness of its ‘live-ammo’ to the tactical options of stealth or all-out action, you can approach the game however way you want to; although as you progress, the later stages do bare a linearity in their design. There are also a number of collectibles along the way, as well as a series of artworks and movies that can be unlocked and viewed through the menu options. Its new inclusion of motion-aiming is also a nice touch and adds a smoothness to the whole aiming mechanic that actually works quite well and effectively. Although it’s beginning to show its age in places, the general level of presentation is nicely detailed and smooth, both in character modelling and scenery backdrops, but within its level if gameplay and unique styles; still retains a satisfying level of freshness that keeps is playable.

Overall, Oddworld: Stranger’s Wrath HD is unlikely to attract the same level of attention as it did upon its original release fifteen years ago, but is still a nice addition to the Switch nonetheless. Its style of gameplay and mix of genres provide a nice entry into the Switch’s library and offers a game that still retains a level of freshness and uniqueness. It controls well, especially with its new motion-controls and its ease of pick-up-and-play makes this a superb casual game to play on the go within the Switch’s portability. Despite its age, this is a title that sits nicely on Nintendo’s machine and has plenty to offer with its mad-cap mayhem, unique gamplay and a variety of mechanics that work really well, whether it be a stealthy approach or all-out action. It may be fifteen years old, but with this latest iteration within the series, it still remains fresh, funny and, in a good way, distinctly odd.

Oddworld: Stranger’s Wrath HD comes a rootin’ and a tootin onto the Nintendo Switch.