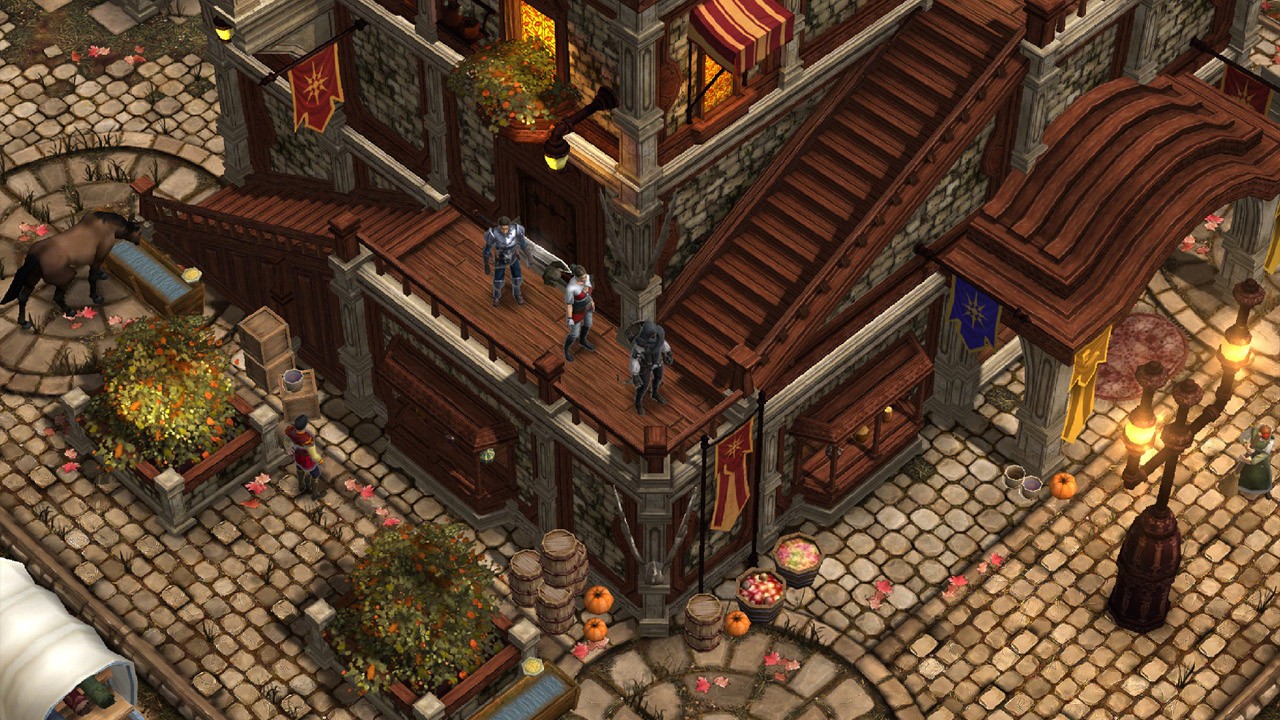 There was a time when turn-based and real-time strategy games were a couple of the genres available only for PC – never fully gaining the same notoriety on consoles. Perhaps it was the vast worlds and MMO elements, or maybe it just didn’t translate to console gamers. There are a few of these Diablo type titles (Diablo 3, of course, made its way to the Switch not long after launch) and after being released on mobile devices, Ember from N-Fusion is now available for the Switch.

Ember is a traditional Dungeons & Dragons type game, set to the background of a fantasy realm where wizards and necromancers are familiar faces at the local markets. In this case, it’s the land of Domus and your character, the Lightbringer, it piecing together fragments of their identity and purpose. Your role is to guide them through the realm and save the common folk, etc.

I don’t mean to be antagonistic or ungrateful, but I glossed over the introduction to Domus a little. I’m sure a lot of work went into it, and it’s well presented, but the background on the lore was the same as any other, and I wasn’t particularly in the mood to learn any new names of kings or tales of disenchantment. Instead, I wanted to get stuck in as time is of the essence and as much as I want to play an RPG, with the number of titles I consume, there never is enough opportunity to go through an epic adventure unless putting something else off. Those dragons will have to wait.

So, it was with great pleasure that Ember is as arcade as you can get for a traditional isometric RPG title. I mean that with flattery, of course. I played some of the Baldur’s Gate series back in the day when a 486 was a supercomputer, as well as some other similar titles that were taxing of the hour. They were the type of game you couldn’t have a quick 20-minute play, much like the Fallout series I suppose, and you would often get side-tracked with a lesser quest, or grind an area so you could level up/have enough gold to equip a new spell. Ember isn’t like that. While it’s still a game you need to put the time into, because of the fluidity and ease of play, it moves along at a faster pace and is more action-based. 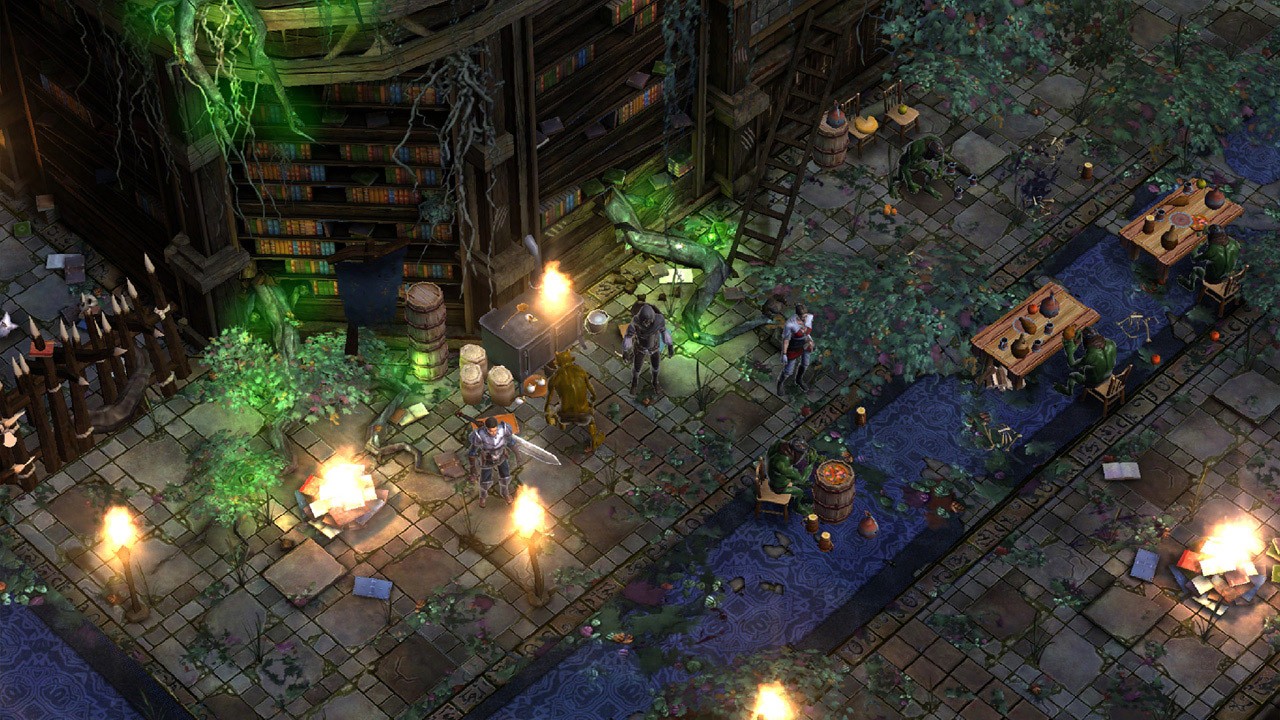 Arguably, Ember won’t appeal to the die-hard fans as it lacks the depth of a traditional Dungeons & Dragons vehicle. That’s not to say it’s a shallow game, but it borders on button mashing rather than calculated strategy. Reading endless text and learning complicated spells do take a while in this type of environment, and while Ember has all these elements of exposition, dialogue choices and backtracking, it’s certainly not as complicated as a more conventional title will play out. It’s not a short title and could have you looking at 30+ hours of play; it doesn’t have the same weightiness of, say, Diablo 3 with its temptation of repeated play.

Going back to Baldurs Gate, Ember is much more like Baldur’s Gate Dark Alliance if you played it on the PS2 or GameCube – or any other platform for that matter as it was the most accessible from my experience and more suited to those looking for a less in-depth appeal. Once you’re passed the title sequence and chosen a name for your character, you meet a chap who will be your tutorial guide, to begin with; asking which weapon you want to start with. I went straight with the sword to keep it familiar and safe, though there was the option for a bow and take the ranged approach.

That’s also a difference when compared to similar titles as there are no defined classes and is much like the Dark Souls train of thought by distributing your skills across strength, vitality, dexterity, and intelligence. You’ll note that I listed them in order of importance for those who like to opt for ‘the tank’ like I have a habit of doing. If you want to change your style of play, equip a new weapon from the menu.

Controls are ‘as can be expected’ with this sort of game, but while focusing on the differences between similar titles, in Ember you don’t use potions on the fly. Instead, it would help if you got your loadout configured before a battle, but there’s a hack: camping. That’s right, set up a base at any point in the game, more or less, and you can heal your party without using any consumables. It’s entirely optional of course if you want to do that, but considering that there are multiple difficulty levels from the outset, if you’re losing health too quickly, either you’re underpowered or you perhaps need to swallow the pride and drop down a level. By default, Ember is one of the easier titles in its category, and that’s not a bad thing. 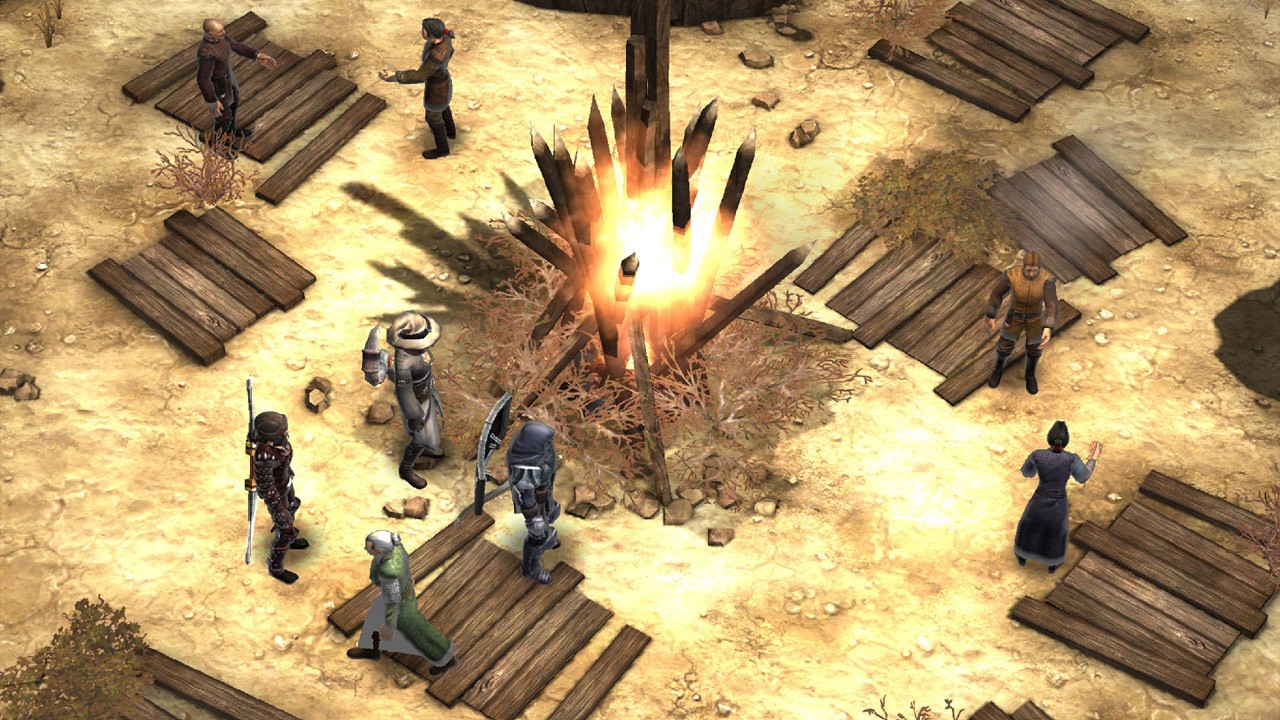 The overall presentation is fantastic. The visuals are on par with Diablo 3 and also Torchlight 2, the voice acting is pretty decent with a familiar score played throughout each area that gives you the confident nod that you are playing ‘this sort of a game’. It’s evident of the influences, and if you want a good-looking RPG on your Switch, Ember meets that requirement. But… it doesn’t have the same explorative experiences as its predecessors. When you face a new area, the map shows the entire location, unlike the conventional ‘walk into the shady bits’. This lack of losing yourself is quite offputting as a lot of the fun with these games is walking into a massive ambush and not knowing what type of terrain or enemy you’ll encounter. Still, you can always use your team to your advantage.

Commanding your party is easy: hold down the ZR button, and a line will appear with the direction of where they will go. Send your pal into the danger to assess it, and you can hover back until it’s safe to come forward. I’m more of the Leeroy Jenkins persona and just run at stuff, hoping that my melee damage will kill them before they kill me, but the AI works well, and I didn’t have any issue with it. There were a few moments when I couldn’t precisely target an enemy and with the console-based controlling a character with the sticks, found that I would miss the marker a few times. With a mouse, of course, you can be a lot more accurate.

To conclude, I very much enjoyed Ember. Much like its contemporaries, everything feels familiar but like going bowling with the bumpers up. You’ll still get the end result, but it does take the edge off the challenge. Not that I’m saying I’m the type that can ace games on the hard difficulty, but for veterans, there won’t be the challenge. For everyone else, it’s an excellent entry-level into the world and an enjoyable experience.

Presentation-wise, Ember is no different in appearance than some of your favourite isometric RPGs, and it can keep up with the big titles (it’s impressive that this is an indie production). However, the gameplay is a lite version of its influences, not having as much appeal for veterans of the genre.