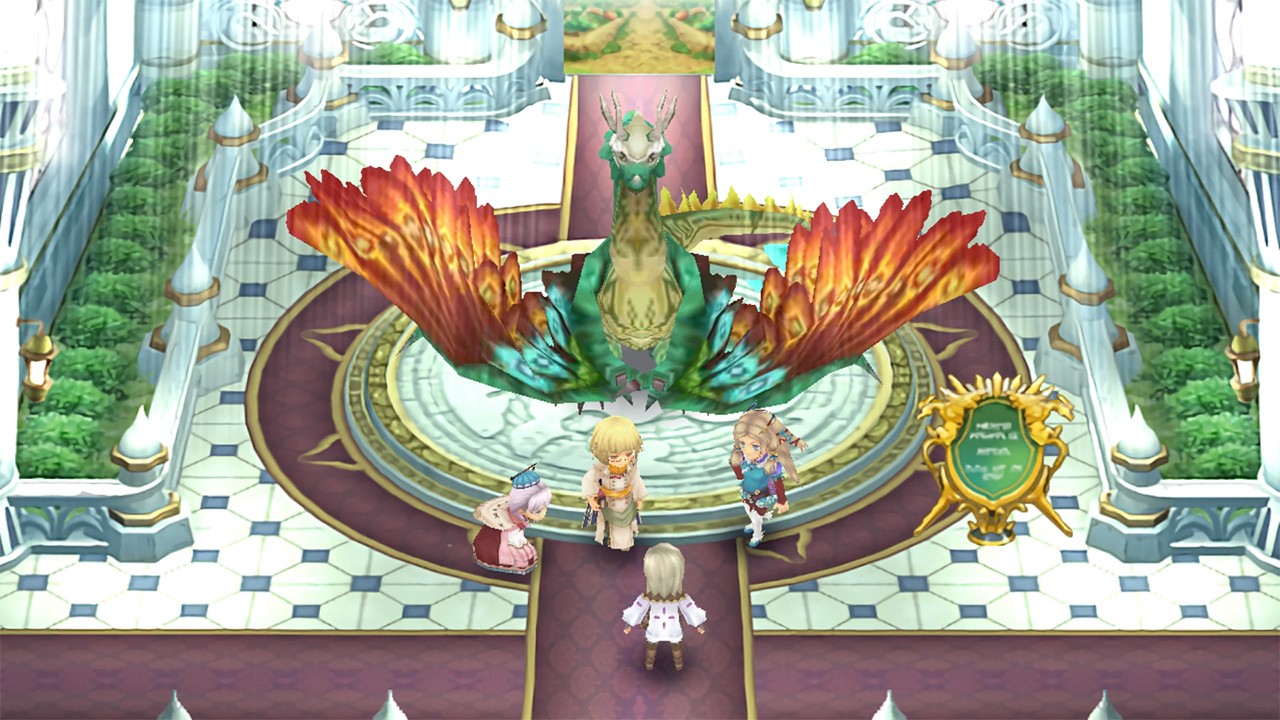 Harvest Moon is one of those games that, for the life of me, I’ve just never been able to enjoy. There’s something about the way the game is presented that doesn’t exactly turn me off, but it doesn’t excite me. You have a farm, you raise and harvest crops, take care of livestock, make stuff, court chicks, live a farm life. It’s an anime version of a simulation game, and it never clicked. Not even Stardew Valley really did it for me: I had it on the PC for years, forcing myself to boot it up after every patch and see if that’s what finally “did it” for me, so I could understand the frenzied madness that others embraced. Nothing. But I’ve always been intrigued by Rune Factory. A game that was made by the same people as Harvest Moon (Neverland Co.). I wanted to see how the elements of Harvest Moon would factor into a setting that was more fantasy based than not, something with a bit of a kick to it. Sadly, my 3DS has been dead for some time now and I never got around to it. Now, thanks to Marvelous Inc and a fantastic fan backing, the latest Rune Factory has gotten a Nintendo Switch release and, with Rune Factory 4: Special, I can say that I get it. I finally get the appeal.

Rune Factory 4 Special starts off in a rather unassuming way, putting you in the boots of either a man or woman who was on their way to deliver something very precious to the town of Selphia, when they’re attacked by airship pirates. You suffer a blow to the head and forget everything except your name (which you’re even spotty on) and get dropped off the ship and land on a dragon (Ventuswill) who happens to be a Queen Goddess of sorts. Ventuswill is certain you’re a prince who was bound for the village and dubs you as such, giving you reign to give princely commands and also work in the village as a contributing member of society. It takes only a short time before the real prince (Arthur) arrives, but decides he’d rather not waste his time being a prince and would rather leave that to you so he can…go run a shop (sure, why not?). At this point, the game begins to open up, and, after several days of learning how to do things, the village of Selphia and the surrounding land is your oyster. Figure out what you’ll do next, where you’ll do it, whom you’ll do it with, and just go nuts. This game is far from aimless, but the targets are so broad you simply can’t miss as long as you aim somewhere.

With Rune Factory 4 Special, the name of the game is finding your way in this world. You have so many hats to wear that you can become overwhelmed if you don’t decide a direction, so pick something and go with it as soon as you can. Each day you have a limited number of hours and energy to do some of the following tasks: plant, tend and harvest crops; craft and create items like armor, weapons and clothing; run errands for different folk for different rewards and outcomes; decree things to happen immediately or in the near future with your princely duties; explore the forest and fight monsters; take care of your family if you’ve got one; and making sure you take care of yourself through food, rest and entertainment. You’ve got plenty of helpers in this 2.5D world, and they’re easy to find on the mini map that can pop up at any time. The NPCs, to their own credit, are busy with lives of their own, so you’ll rarely find folk standing in one place too long: the local chef may love cooking, but she also needs to go buy ingredients and connect with fellow townsfolk. Also, you need to understand that, just because you’re awake at 6am doesn’t mean everyone else is revolving around your schedule. Stores open at 9, find something else to do till then. Time moves surprisingly fast in Selphia, so don’t get cocky that you can waste time: every second counts. 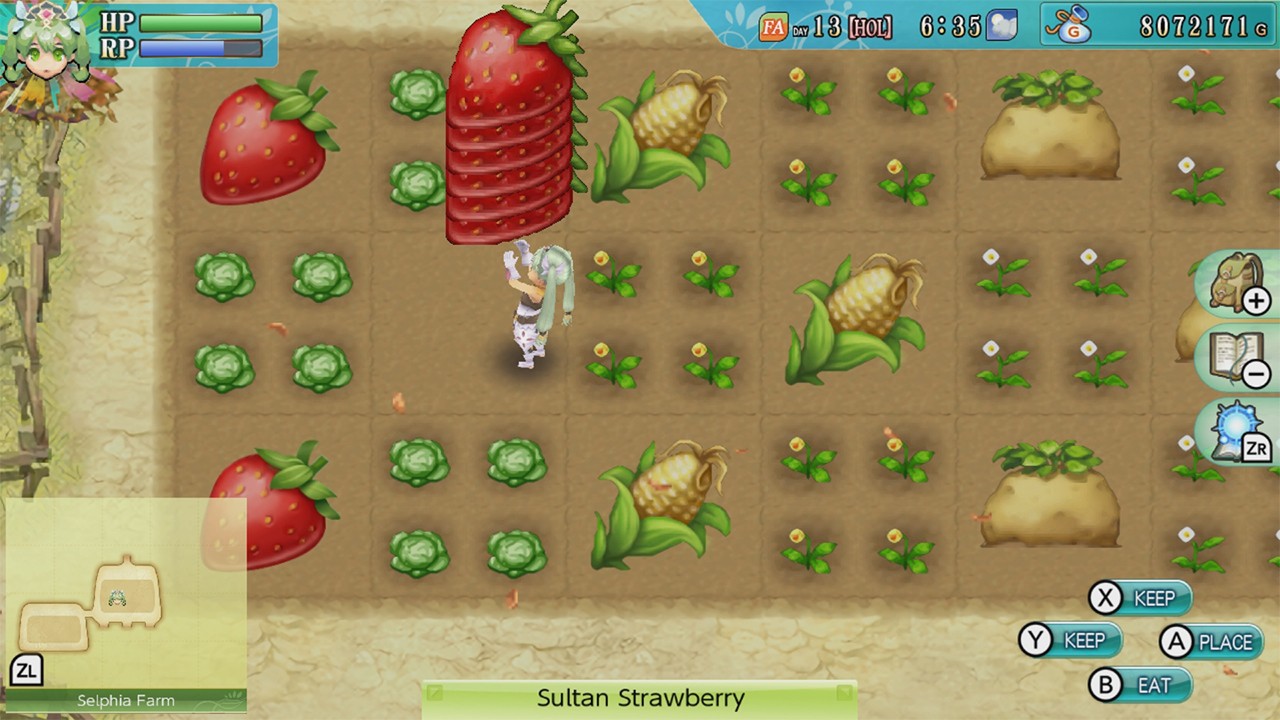 As you move forward and build yourself up in the game, you start to realize what makes Rune Factory 4 so charming. The dialogue is voiced (not fully, but quite a bit of it) and the writing gives everyone a bit of a quirk in their mannerisms and appearance. The Special version adds some beautiful cutscenes upon the introduction of each character (along with some extra movies for special occasions), and the HD graphics let the character sprites and dialogue avatars pop on screen. I was very entertained by the way Xiao Pai talked and had some endearing, clumsy moments, so I really did my best to woo her (big shout out to the Rune Factory wiki for helping me keep her likes sorted). It was very simple for me to prioritize the “quests” I was being given within the request box and also focusing my attention on her, and we were wed after a proper courtship. We had a child, we had a family, we were pretty freaking happy and it was an adorable outcome for a game where I started by beating up a giant caterpillar in the forest.

That’s the biggest difference between Rune Factory and Harvest Moon: there’s more JRPG elements to them. There’s weapons to be forged, HP to be concerned about, and different boss fights to occasionally encounter. The storyline is very real, and takes you through several arcs of development as you get more skillful, getting ready to take on larger and more terrifying monsters, using combat that was akin to the action RPG style of Secret of Mana or even the Ys series. Sure, you all want to care about the dating and making sure you get fresh pancakes for someone’s birthday, but aren’t you at all curious what it means to be an Earthmate, or how you might be able to wield the power of a God, or, hell, whatever it was that the protagonist was carrying before the pirates interrupted? That’s the real power of Rune Factory is to keep players on their toes. You can easily get lulled into a sense of daily routine and forget that you’ve got some serious storyline to focus on right up until you learn the name Ethelberd and have to go to the mat. If you want to stay home and raise cows, you’ve got the wrong game in your hands. 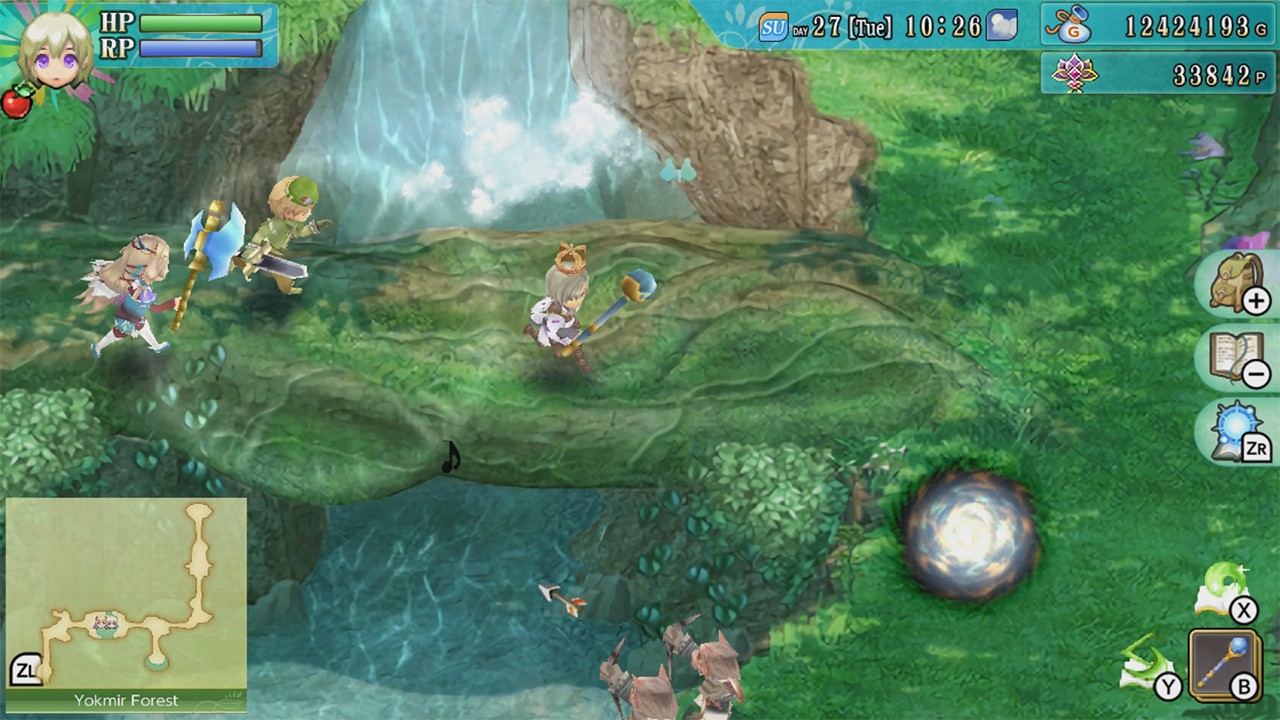 For a lot of Rune Factory fans, there has been a ton of hype over the additions of things like the Hell Difficulty, Newlywed Mode and Another Episode sections. I personally didn’t get into the Hell Difficulty because I had plenty of difficulty keeping up with my responsibilities and the grinding against monsters on normal, but everything tells me the word “Hell” will live up to its name. Newlywed Mode is a bunch off very cute asides that you need to earn and unlock through getting married in the main storyline, and then you can do some small, slice-of-life style moments with your betrothed far away from the madness of the Rune Spheres and the heavier gameplay. As for Another Episode, these are probably my favorite. Completely static, the first one that comes unlocked is Ventuswill’s own fantasy about becoming a human and marrying the protagonist, and the family they would share in the process. It’s sweet and a tad sad, but really enjoyable, and it makes me interested to unlock the others to see what kind of “what ifs” will be available for the other characters. It also inspires me to try and play the game through as a woman for my next run so that I can see what marrying Arthur would be like. I imagine it’s exciting, but dry.

Lastly, I wanted to address some of the concerns that popped up online. Yes, with the original Rune Factory 4, you had two screens to support all the information you needed to see, so you could focus on inventory with one and the main movement screen with the other. Someone said the text was too tiny for item descriptions and dialogue. This simply isn’t true. I’m now rocking a Switch Lite: screen is arguably a bit smaller than the classic Switch, and I can’t dock it even if I want to. There has been zero problems with reading and knowing what’s going on. I haven’t had the screen an inch from my face. I don’t use a magnifying glass to confirm the stats or the descriptions. I can read it great. If I can, anyone can.

This has truly been a marvelous experience in a sweet, exciting and surprising world. Rune Factory 4 Special has lived up to its own name, giving a lot of special care for new fans and veterans alike. There’s something here for everyone, it’s very well packaged and presented, and worth the price of admission, as the main storyline will take hours upon hours to follow fully and to see all that can be done. Plus, you’d better believe you’ll be pulling out your hair to try and figure out a mysterious woman like Forte in subsequent run throughs. Turn your plowshares to swords and come live a life in Selphia. It really is a wonderful time.

A beautiful blend of stimulating simulation and engaging fantasy action, Rune Factory 4 Special is one 3DS title that feels more at home on the Switch.