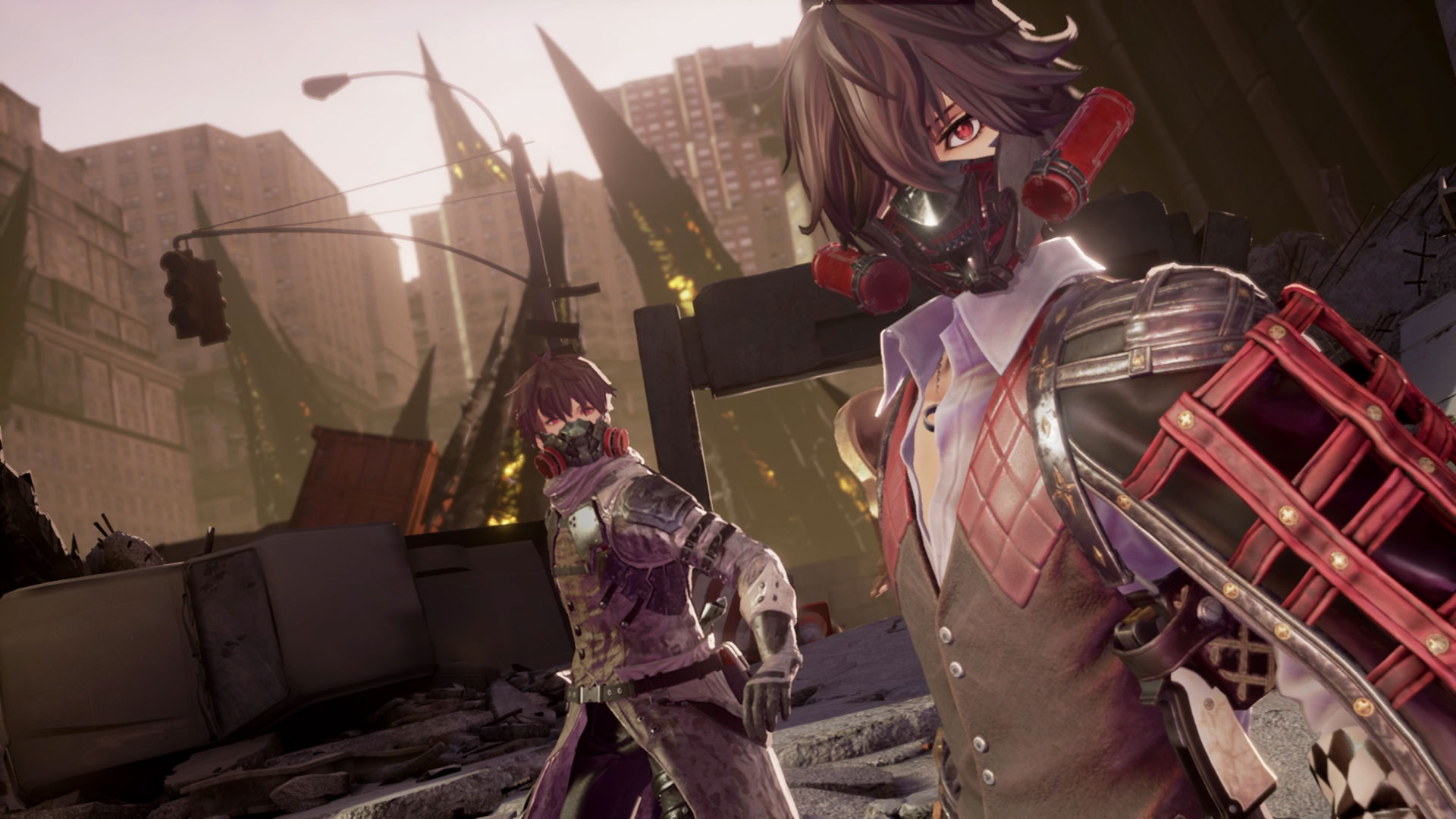 Have you ever thought to yourself what would happen if Dark Souls bred with an Anime vampire? If this is something you have ever considered then you need look no further than Code Vein. A 3rd person action adventure role playing developed and published by Bandai Namco which was released on multiple platforms in September 2019. In a market saturated with Soulsborne like games that are usually just a cheap replica of the real deal, do we need another one and does it hit the mark of other highly revered games in this genre? Let’s pull this game apart and see.

Set in various dungeons and zones following the collapse of the city Vein. You are trapped within this area by a mysterious red mist that if entered would cause irreversible death. As you play, the reasons behind this become clear. The action revolves around three groups of beings; Revenants, Humans and the Lost. Revenants are humans that have been converted into vampires with superhuman abilities, they will respawn continually providing their heart doesn’t get damaged, a great talent to have, but there is a downside to this. Every death inflicts memory loss and causes them to move further away from their human form. Humans as you can imagine in a world with vampires are the prey, and used for their delicious blood. However, surprisingly for a game which revolves around the desire and need for this important resource you don’t actually come across too many. The Lost, they are unfortunate Revenants who did not consume enough blood, they frenzy and then lose their humanity, and at this point they are no longer your ally, they will hunt you, and attack you.

You control a Revenant, where you quickly find that you have more abilities than your standard allies. The world supply of blood is drying up, putting you and your kin in dire need of finding out what is going on. This is where you come in, following a small tutorial area of sorts you will team up with like-minded Revenants where you will try to solve the mystery of the lack of blood, the red mist, why the collapse happened and why you were created in the 1st place.

There is no getting away from this so I am going to start with the glaring similarities between Code Vein and Dark Souls. The resources, combat style and consumables just scream Dark Souls. From the Haze you collect (souls), Regeneration consumable (Estus flasks), Mistle checkpoints (Bonfires), regenerating enemies and if you die you can re-trace your steps to get your Haze back. I also felt that one of the bosses from Dark Souls “Ornstein and Smough” was closely replicated. Unfortunately, it was difficult to ignore that one of the areas looked remarkably like Anor Londo. The purists may moan and complain about a lack of originality, but if the system works well, why alter it? 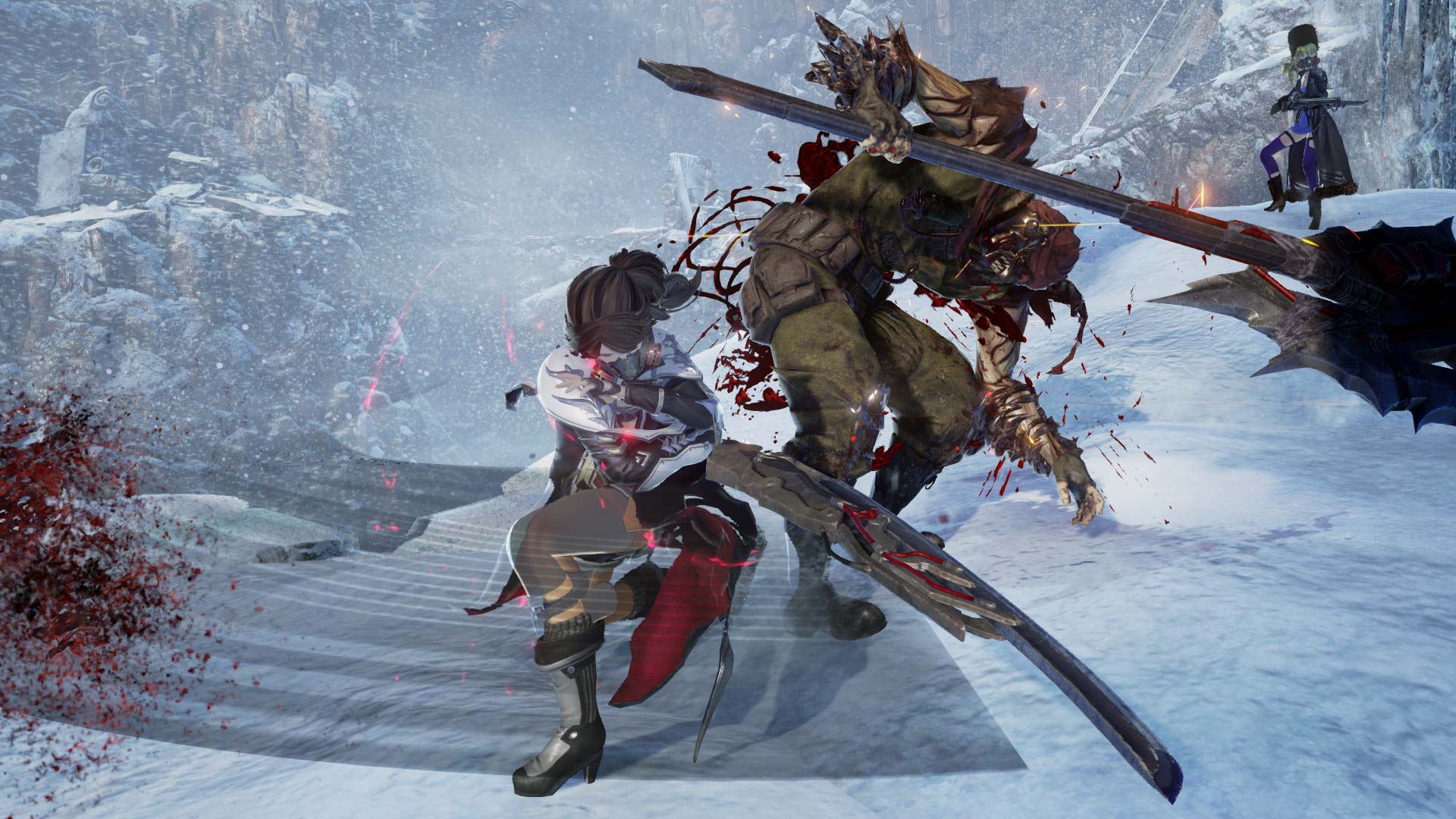 From the start of the game you are given the option of Online or Offline play, unlike in Dark Souls there is no option to invade people. The benefit of Online play is that if you come across a boss that is difficult, or just fancy playing with someone else you can either look for their game or send out an SOS and you will be joined by another player. Once you’ve chosen how you would like to play, you will be asked to create your character. This is probably one the most in depth character customisation I have ever had the pleasure to go through. If you are not feeling creative, you have 32 preset options to pick from. However, for the more artistic players, the choices are phenomenal and truly lets you design your dream Anime vampire. Want to pick a unique hair style, different coloured eyes, scars, beautifully trimmed eyebrows? Lets be honest, who wouldn’t? These are some of the choices awaiting you. It’s truly something Bandai Namco should be proud of and I wish other developers would take note of this. The only thing I found very odd was the option of a voice, throughout my whole time playing, I only heard him speak once. It didn’t really make any difference to the game, but I completely forgot what he sounded like by the time he actually spoke. Once this is complete you are thrown into an arena, complete the tutorial, and you will gain access to the main title. Those familiar with Souls games will finish this section easily, those unfamiliar will also find that it’s not too taxing.

You are slowly introduced to the main protagonists. The cut scenes and voice acting really brings the story and people to life. A large part of the game revolves around the background stories and the Revenants lack of memories. You are tasked (if you feel like it) to explore the dungeons and surrounding zones to find red gems called Vestiges. They contain memories, which are key to collect if you want the “best” endings to occur, also if you want to unlock all of your abilities. I really liked how the developers introduced these into the game, they encouraged you to search every inch of the world. The pacing of the story in my opinion is very well done, it is not overly complicated and you can pick up and leave a playthrough without the fear of forgetting what has happened. Overall, it should take about 30 – 40 hours to complete, that is if you search for everything, and you try the NG+ mode. Like all good open world RPGs you can venture away from the story, and partake in other activities. You can tackle both side missions and Depth maps. The side missions consist of collecting items, or killing monsters. They are easy to complete and the rewards match the simplicity. The Depth maps offer a small dungeon experience which allows you to farm for Haze, and challenge the boss from that area to a new battle. If you are planning on collecting all the Vestiges, you must complete the Depth maps, sounds tedious, but they are easy to finish.

Prior to playing this game I looked at the reviews. There was a damning consensus; “It’s too easy for a souls game!” and “Where are the repeated masochistic deaths that you learn from?” After 30 hours of playing I can understand where people are coming from. However, I only believe that would be the case if you are expecting a sadistic Dark Souls type experience. It really does have some challenging moments, there were points where a few expletives were muttered under my breath. This only happened in the last two areas, the rest was a breeze. I found out that I was playing the game on one of the harder settings. When I reduced the difficulty, I found that I was one hitting bosses and generally steamrolling anything in my path. The option to make an already easy game much easier is there if you want to take it, but I found that it took all the fun out of the action for me. 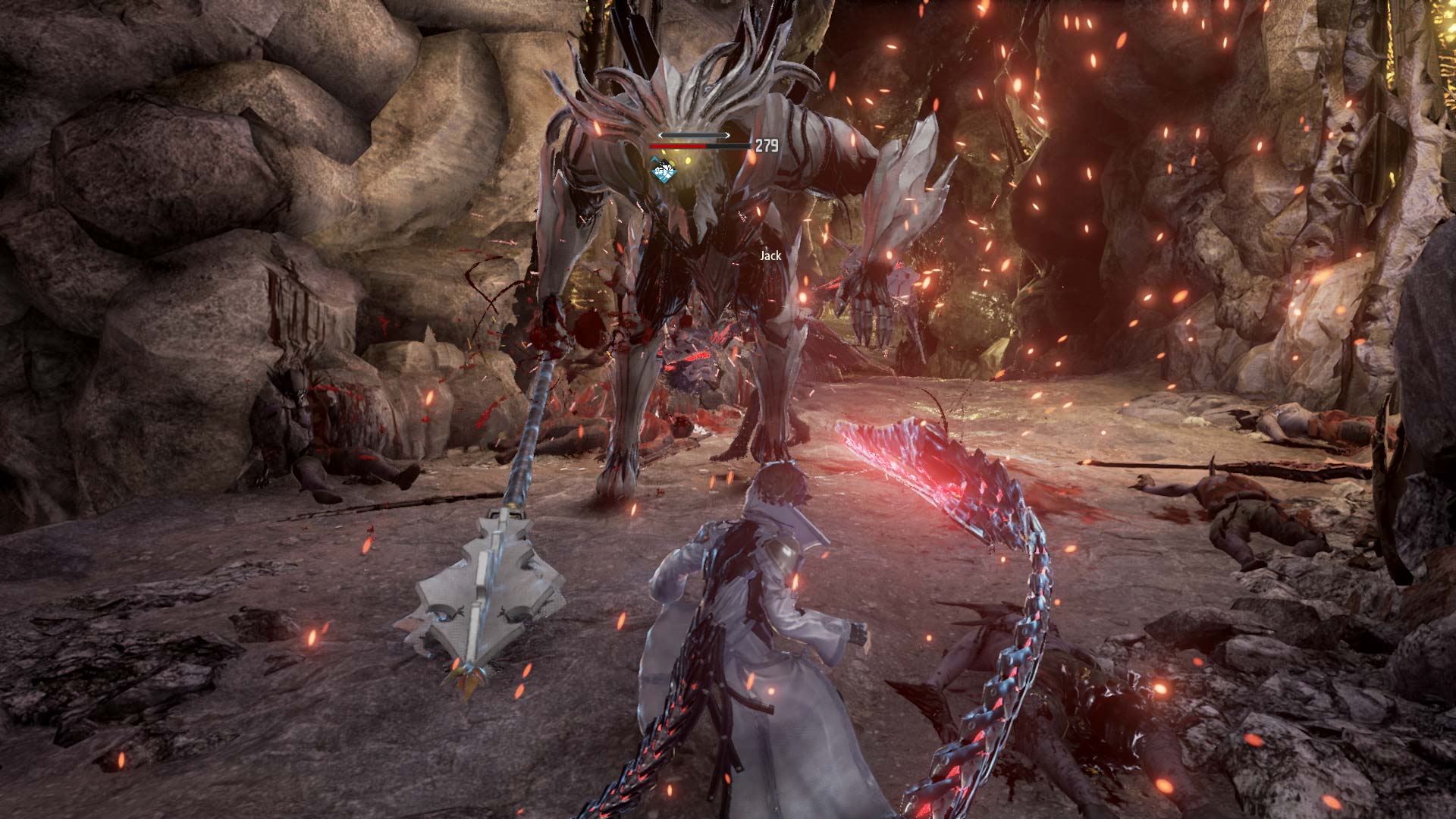 The main resource in the game is Haze, it really is easy to obtain and farm. This means there is no concern about losing it, at one point I was walking round with around 900,000 in my possession, in Dark Souls I would be petrified to lose this valued product. The developers really did make it too easy to collect. You are given the option of being partnered with an AI Revenant, these guys are far too overpowered. If you allow them, they will destroy everything in sight, this combined with the option of an online player, and you have 3 unstoppable killing machines, yet another reason why the game is too easy.

The combat in the game can be clunky at times, but generally works well. Once you understand your abilities, it felt like a hack and slash game with repetitive button mashing. The dodging, blocking and parrying is almost pointless and I can honestly say I just bludgeoned my way through the enemies. There is a cool looking animation for back attacks which adds flair to the combat and works well with the Anime theme. Fighting “The Trash” is not challenging at all, they just stand still while you pummel them with a sword. The enemies don’t really vary attack styles from the early stage to the end game area. The bosses do add something different, but can be predictable and again once you have learnt the different attack stages they are so recognisable that the battles offer little to no challenge. When you add this to the fact you will fight these bosses again in the Depth areas, I think the developers missed an opportunity to vary things up.

The audio and cinematic is fantastic. The music during the memory moments (vestiges) is beautiful, it sets the scene perfectly and adds emotion and drama. The voice acting when they recall their backstory really resonates, but is done is a very Anime style so might not be to everyone’s liking. The Anime graphics are sharp and vivid, they really match the vampire theme. Even for someone who is not a huge fan, I appreciated how they implemented this, and I can imagine if this is your interest you will love it. The choice of colours really adds a sombre and dark feel to the action, the imagery used to create the world, and the use of lighting and shadow sets the tone, which really adds to the daunting atmosphere. Overall, I feel that the graphics and audio are on standard for a 2019 release, but they don’t do anything that breaks the mould.

Is Code Vein worth investing your money and time into? For those expecting a brutal Dark Souls clone you will probably be slightly disappointed. It is a significantly easier beast, which actually holds your hand throughout. The fantastic storytelling, and cinematic are the high points for me, and if you come into this with an open mind, you will find a fun game that offers a vampire twist on an already flooded genre.

A vampire game that twists the Souls Genre. Vastly easier than Dark Souls, fans must go in with an open mind to enjoy this title.