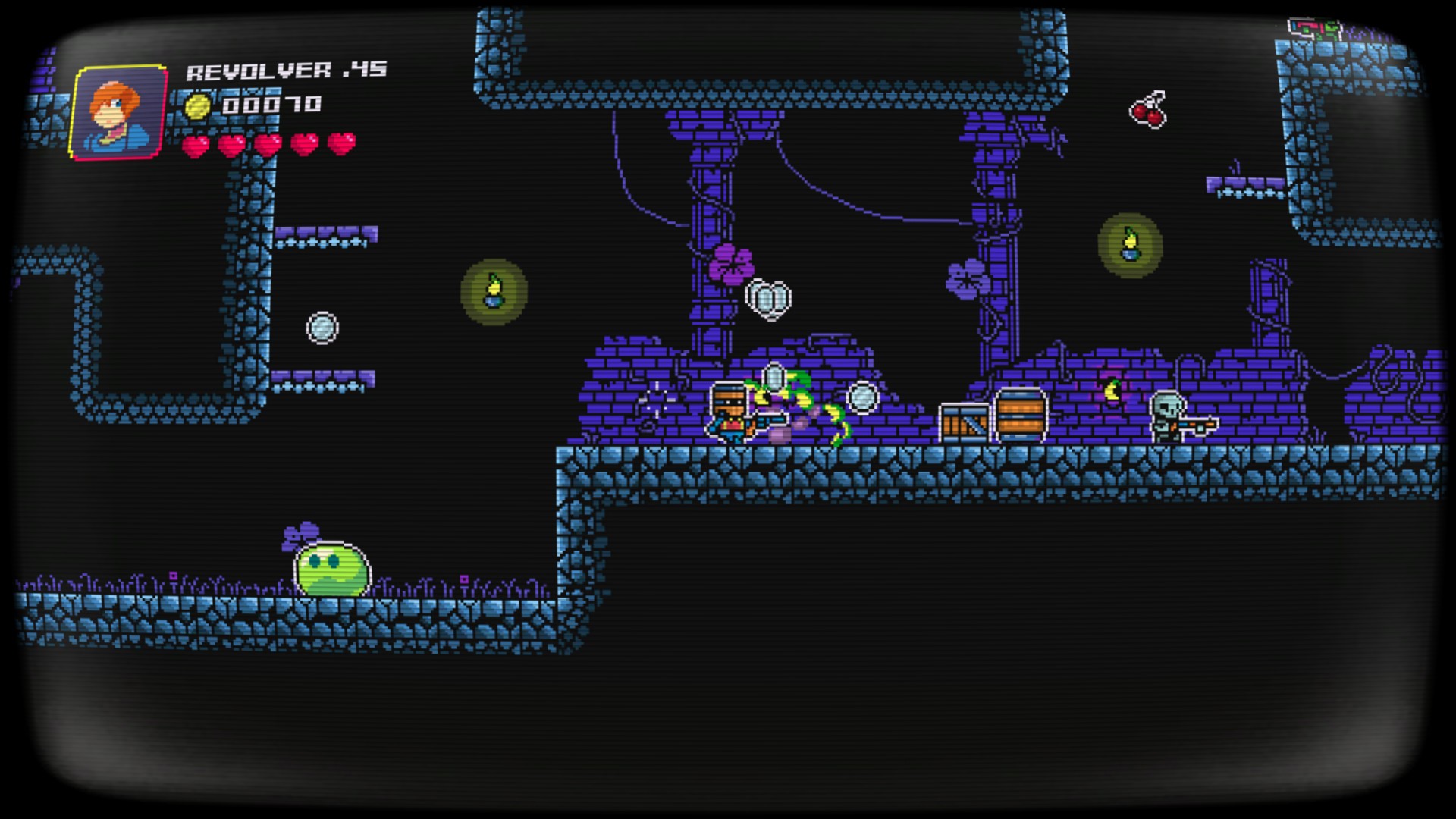 Even knights have to pay their taxes, loans and alimony and that’s where Bucket Knight comes in. As the knight without a name you have to go find the Holy Grail, there is no explanation besides looting to pay your debts, but it should hopefully be fun nonetheless. Usually knights carry swords, spears, axes or shields, but this particular hero has a choice of guns to choose from, but they definitely don’t have access to a horse.

Bucket Knight contains 25 sequential platforming levels, you complete one then you can unlock the next one. You can go back and replay some if you wish before you reach the end. Each level contains a series of enemies and obstacles such as spikes. There’s not much your knight can do besides jump and shoot which is tad limiting. Coins are littered throughout Bucket Knight, that’s your currency. Coins can be found just hanging around in levels, coins will appear when enemies are vanquished, coins are contained within barrels whilst there are big treasure chests which as you can guess contained many coins. Different coins have different values but it doesn’t really matter in Bucket Knight, if you clear the majority of the levels before leaving then you’ll end up with enough to buy a new weapon. There are 3 additional weapons to buy at 5000, 10,000 and 15,000, the best being the minigun which I recommend getting as early as you can because it shoots out multiple bullets which will destroy enemies quickly. 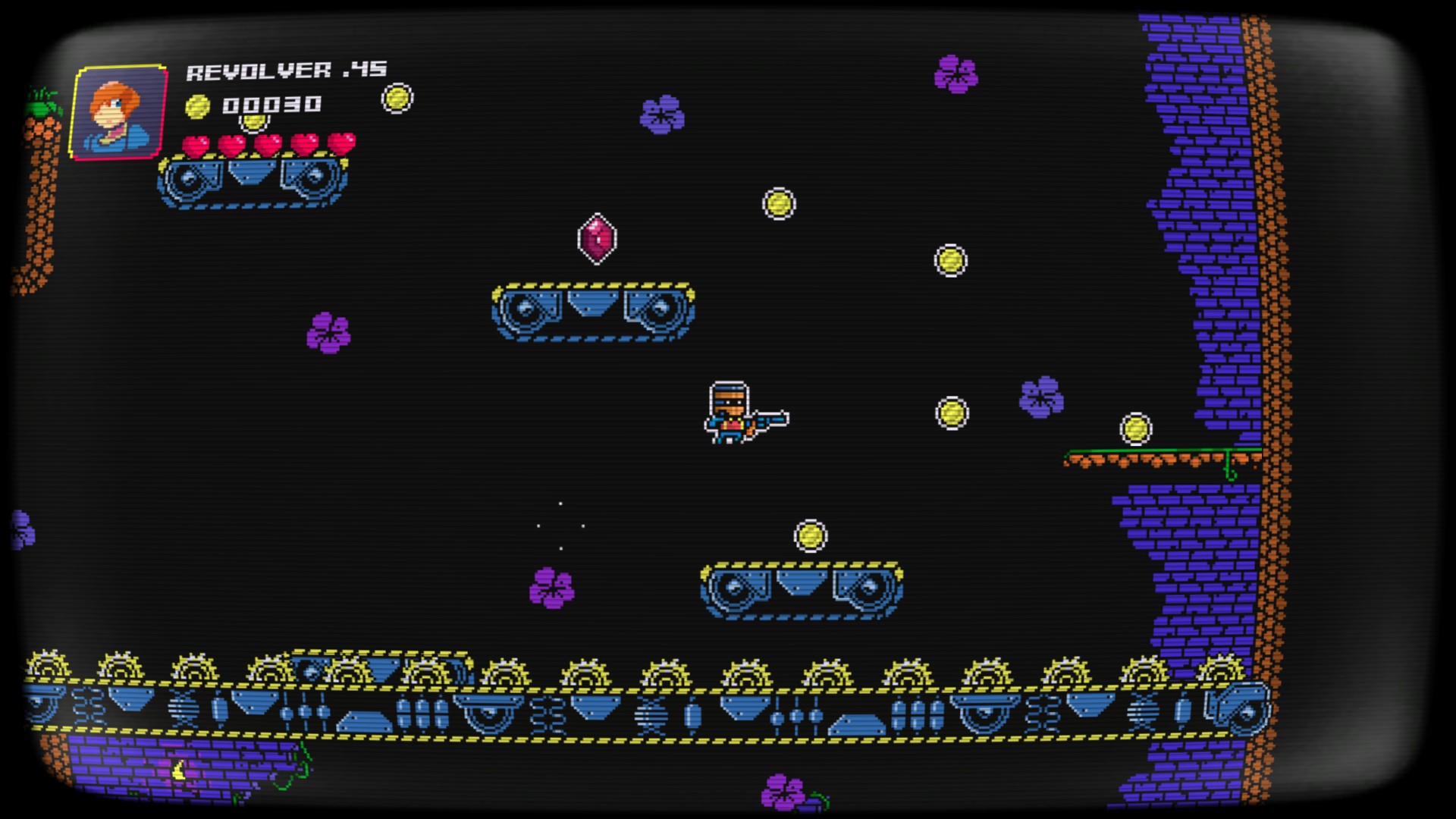 You have 5 hearts in Bucket Knight, when they drop to zero you have to restart the level. There are apples and cherries dotted around which will top your health up if required. Unfortunately, even with full health, if you run into one of them you will pick it up which is somewhat annoying. There are random slices of cheese dotted around, Bucket Knight doesn’t like cheese for a reason that will never be explained so don’t pick them up.

Generally the levels are pretty straightforward, there’s no real difficulty curve. You’ll be able to smash through a few levels in a matter of minutes whilst others may take a couple of goes. There are a few levels which mix things up a little and instead of moving left to right within a level you have to head upwards because of buzzsaws rising from the bottom, these levels whilst not particularly difficult, add a bit more of a different challenge. At the end of each level there is a tot up of what you have picked up, there is no global highscore so coins collected within a level are for your eyes only. 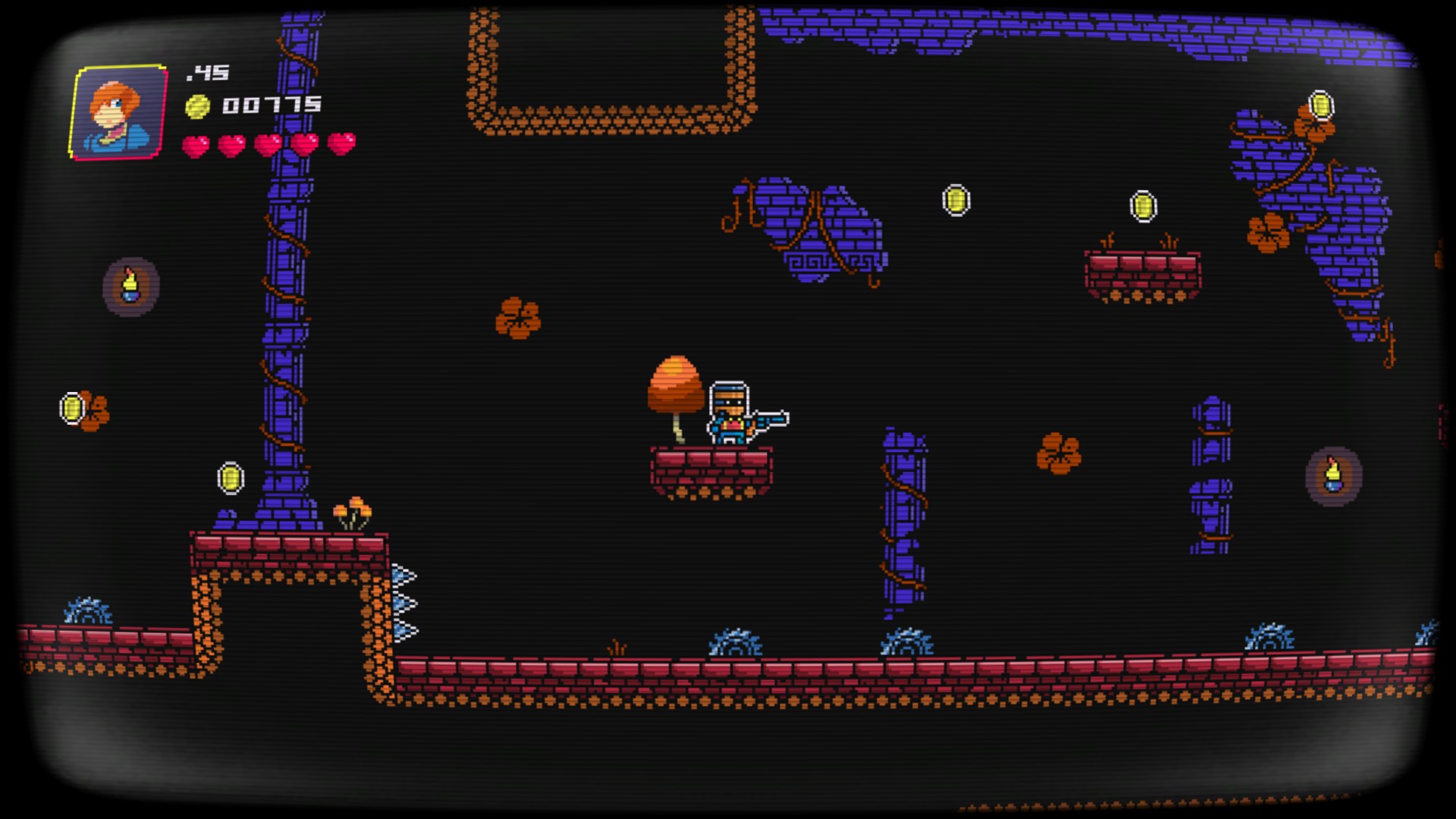 Graphically, it’s a very retro feel in Bucket Knight, simple graphics throughout which don’t change much whichever level you are playing. Bucket Knight has a bucket as a helmet, it looks quite funny but it doesn’t do anything, it may have been useful if you could throw it or hide in it. Enemies are small sprites lacking details, there are green or red blobs, two kinds of flying enemy, 3 types of goblin looking enemies and a skeleton that just acts like a goblin. The levels do a good job of mixing enemies with platforms so there will be times where you need to just take a second to watch what the enemy are doing, but it only adds a little challenge. The lack of major bosses is a shame, one in every 5/10 levels would have made Bucket Knight more interesting.

Bucket Knight is a pretty standard platform game which can be completed in under an hour. There’s no real challenge in Bucket Knight, so if you want a fairly serene platforming experience then you’ll get that with Bucket Knight. Unfortunately once completed there’s no reason to go back, so it’s definitely a pick and play once kind of title. Bucket Knight is a throwback to a simpler time, but maybe it should embrace the future a little more because in its current state it’s just not challenging or fun enough to play for any extended amount of time.

You’ve got some taxes to pay so get your bucket helmet on and find that Holy Grail in Bucket Knight!