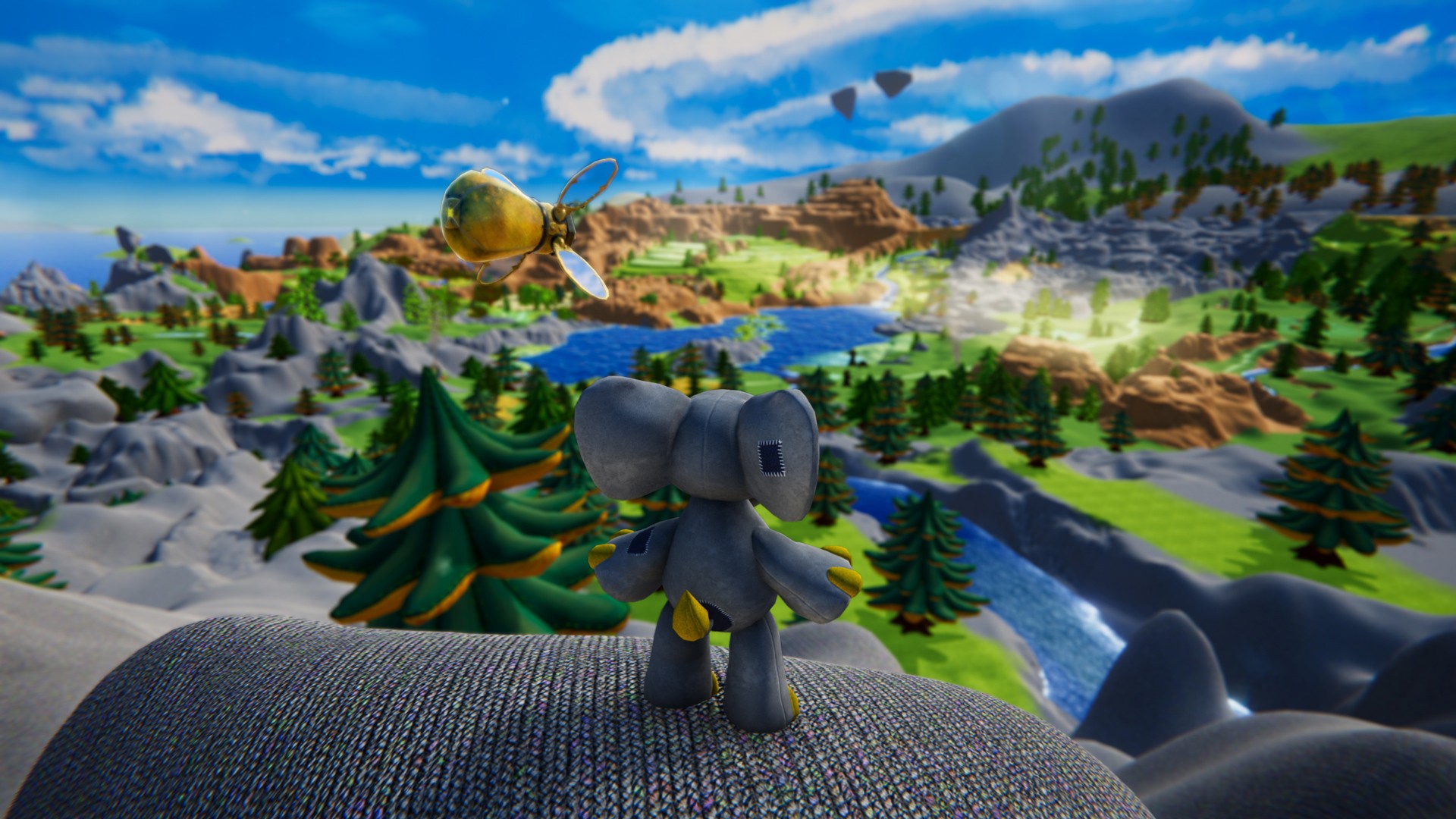 Developed by indie Altergo Games and Published by Stickylock Studios, Woven will transport you to a magical land, where stuffed animals roam free as living sentient beings. Finding its origins on KickStarter back in 2016, Woven didn’t initially meet its target goal. Instead of giving up on the project however, the developers decided to take on feedback and work on the game for a further 2 years, and were finally backed in 2019 by Stickylock Studios. Now, before I begin this review, I must say that this game is clearly meant for a younger audience, and as such I will attempt to not let my age, sway my opinions.

The narrative of the game is simple but effective, you take control of the lead protagonist Stuffy, who wakes up one day to find that every other stuffed animal in existence is missing, and it’s up to him to get to the bottom of this mystery. Along the way Stuffy will meet Glitch, a mechanical firefly who becomes his companion throughout the adventure. This initial set up, was so reminiscent of games I loved as a child, games such as Jak and Daxter and Ratchet and Clank, two unlikely heroes coming together for a grandiose adventure, it’s a tale that tugs at my nostalgic heartstrings. I am glad to see that some things don’t change in games, and that a new generation will have something similar to what I grew up with. And as an older gamer, it was very much an easy in.

The gameplay itself is mainly puzzle orientated, now I cannot stress this enough, you must be meticulous in every sense of the word when exploring the landscape that you’re currently in, as it seems that basically everything you encounter will be a necessity. But what exactly are you looking for? Well you are looking for patches of fabric, along with other miscellaneous items such as flowers. Once you have collected everything, you will get to live your virtual Build-A-Bear dream, and change Stuffy’s appearance, giving him different animal body parts and textures, in order to power him up… See kids, even you too can be Victor Frankenstein. 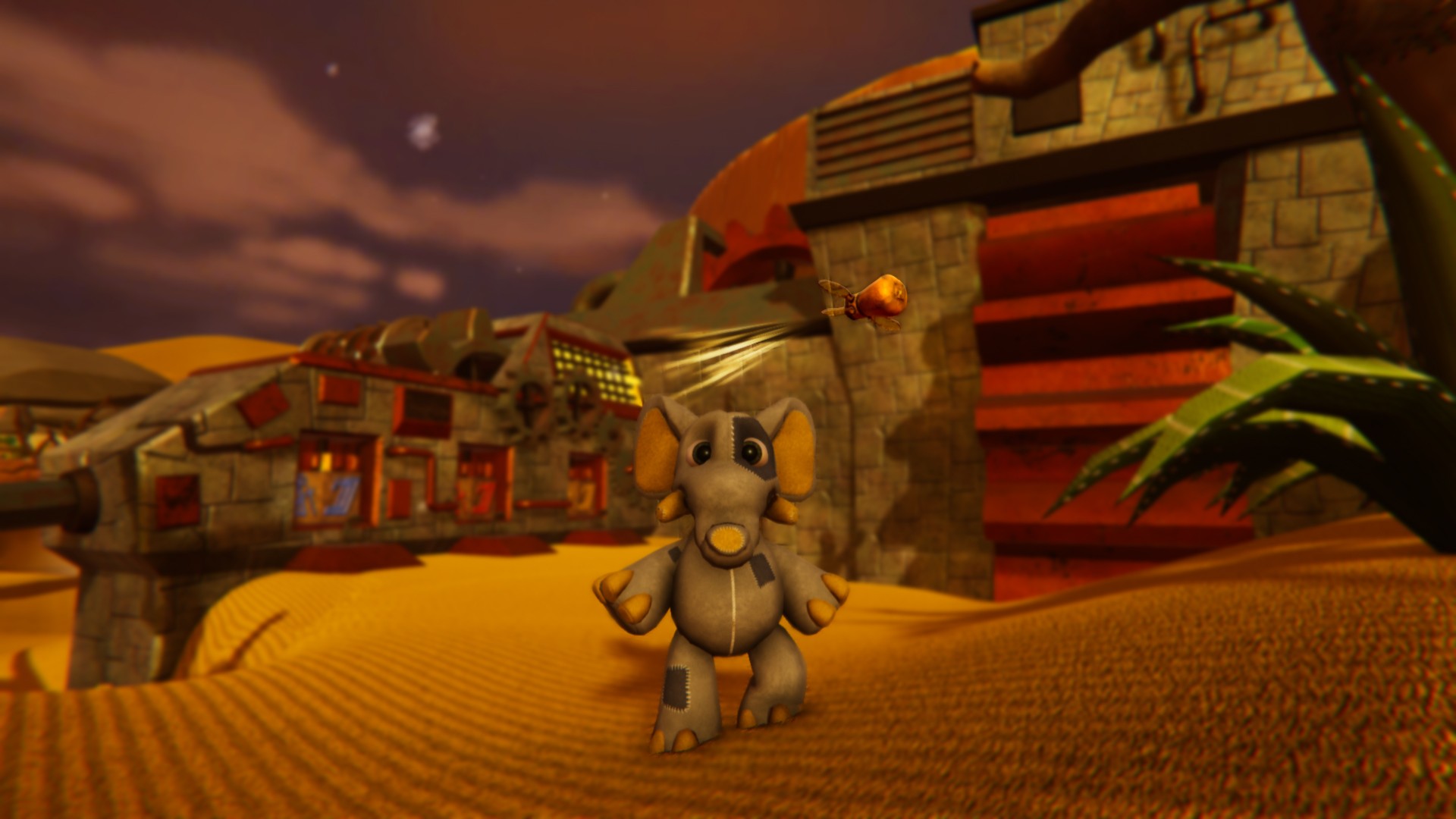 The graphics of this game are pretty great too, especially the design station. Everything is so colourful and vibrant, and something that surprised me considering it is a puzzle game, was that Woven is in 3-D! Like WHAT! Anyone who plays puzzle games frequently will know how much of a rarity that is, but I am very glad to see it. You can clearly see the love and care that went into making this game, and whilst it may have taken Altergo several years to make it, clearly it was all time well spent. Very much well done to you guys for that one!

I will say that if we are looking at things from a child’s perspective, this game may be a little frustrating for them. And it is the puzzles for the game which really drags down my rating. Although, they’re not ‘difficult’ by any means, its more meandering and backtracking to other parts of the map, that is the most frustrating part. When you take into consideration just how much detail goes into the area, and basically how much attention to detail you must pay, I couldn’t help but feel that many kids wouldn’t have the patience for this game. So is it made for children? Yes by all means, but will children cry with frustration whilst playing it?… Yes, by all means. 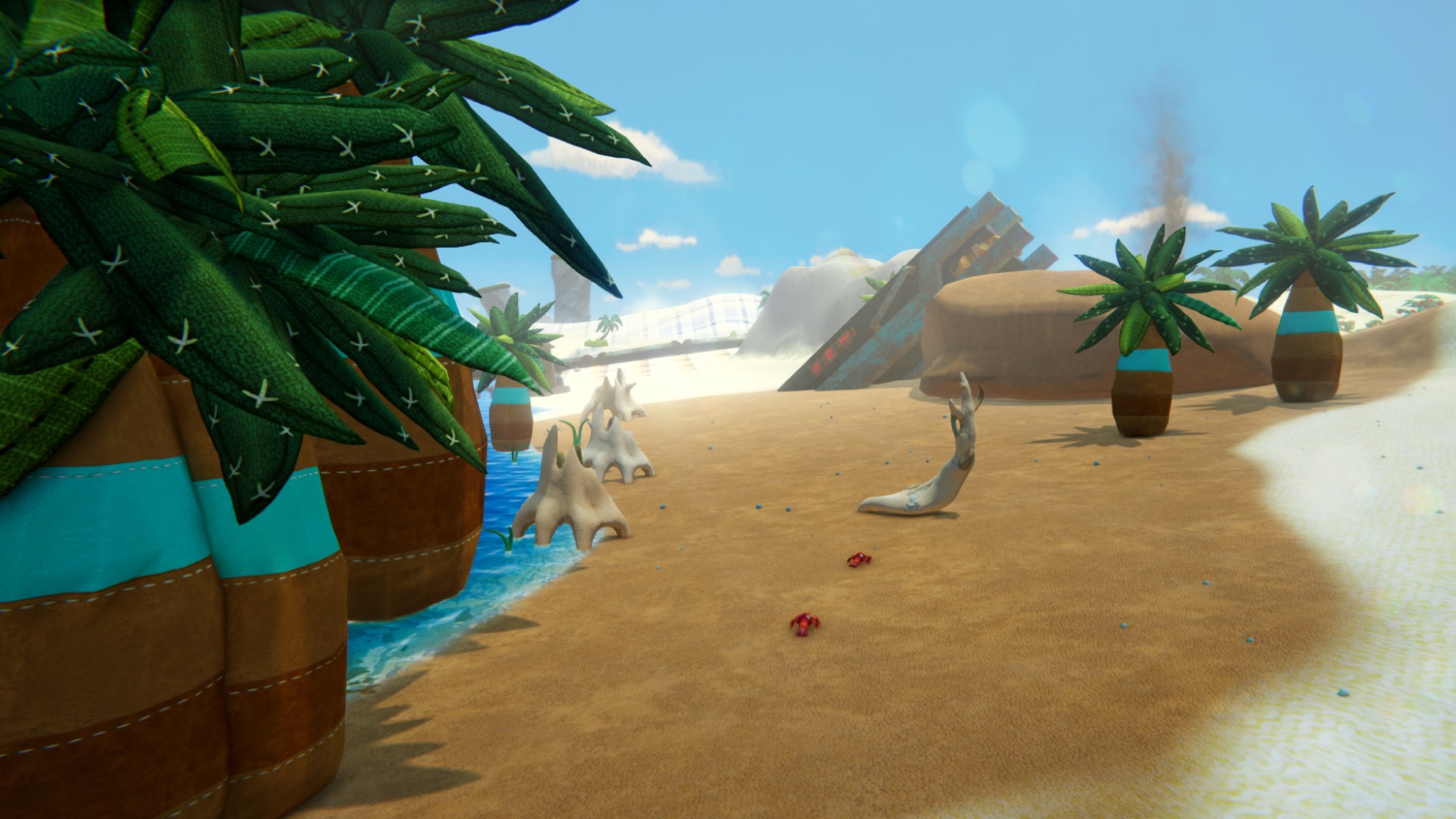 Which brings me to an even bigger concern, regarding identity and marketing. I am not sure who this game is marketed towards, because whilst it looks and feels like a kid’s game upon first glance, the content is quite difficult, maybe it’s meant for older children, but would an older child really want to play a game about stuffed animals? Now, I will freely admit that I did enjoy playing it, but again I did find myself not fully investing, as it is juvenile in some regards. It’s like watching a kids movie, whilst some parts may be genuinely good, it’s still a kids movie. It’s a difficult one, and a question I’ve never really thought about whilst playing. This strikes me as a Little Big Planet younger puzzle loving sibling, both games have a very similar style and feel, however in my opinion Woven has a real identity issue, as it’s just not clear who this game is truly designed for.

To conclude, whilst a fun action packed game, there is some real identity issues with Woven. I don’t know who I would recommend this to, or which age demographic I would say its best suited for, like if you know please, please tell me. The game is currently retailed at £15.99, which may be expensive for the type of game you get, but if you love puzzle and design based game, this may be the one for you. I hope you all have better luck attempting to work out who this game is for, because I was hopelessly confused.

Woven will transport you to a magical land, where stuffed animals roam free as living sentient beings.