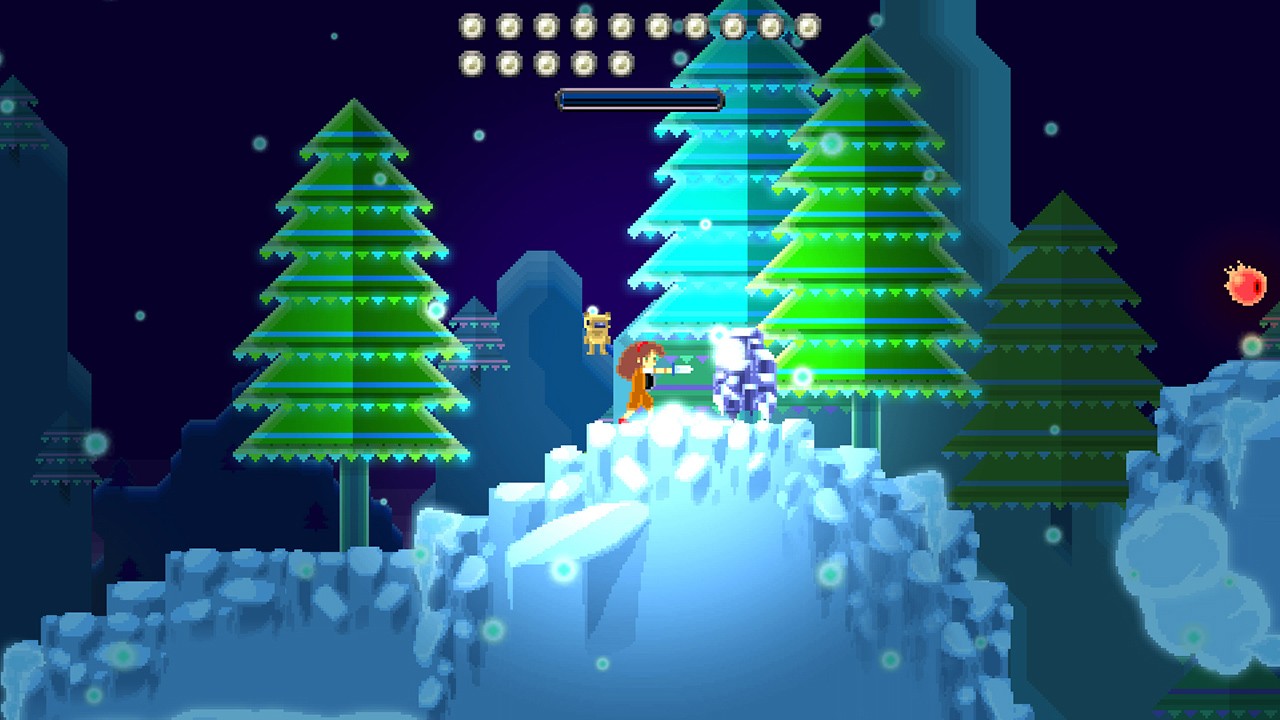 As a child, there is nothing worse than breaking, or even losing, our most treasured toys. Whether it be a toy gun, model car, favourite dolly or cuddliest Teddy Bear. The thought, or even despair, at experiencing such horror is something that most probably sticks with us for the rest for our lives. This isn’t only attributed to the loss, or grief we would have felt as a child, but also from a mourning of all the childhood adventures we would have had with the aforementioned toy; especially now as adults, when we look back through retro-filled glasses at the happy and carefree times of being an innocent child. It’s also the subject and inspiration behind Storybird Studio’s Finding Teddy 2: Definitive Edition as it searches out a release on the Nintendo Switch.

Acting as a sequel to the 2013 game, Finding Teddy and taking a new direction from its point-and-click origins, Finding Teddy 2: Definitive Edition now presents itself as 2D action platformer/adventure game, presented within the grandeur of Pixel-art retro aesthetic and gameplay style. Although a sequel, the game features a prologue that charts the events of the first game and brings us up to date to where we begin this new adventure; making it unnecessary to have played the first game if you’d missed it. However, this is the only information afforded to you, as the game instantly throws into its world with no understanding of controls, what you need to do or why you’re here in the first place. Without giving away spoilers though and for the purpose of this review, I’ll provide a gentle nudge in the right direction.

The game follows the exploits of a young girl who ventures into the basement of her house after a power cut interrupts a video game she was playing. Down there, she comes across a teddy bear who disappears through a door. After following through, the girl and her bear find themselves in a portal that sucks them through a large abyss, eventually landing in a fantasy world known as Exidus. Once ruled by the generous King Tarant, the land was a place of harmony, until the evil Magician, Anguis took over the throne and took control of the once, peaceful land. In order to keep anyone from escaping his rule, Anguis sealed all the gates of the land and spread four crystal eggs across the Kingdom. 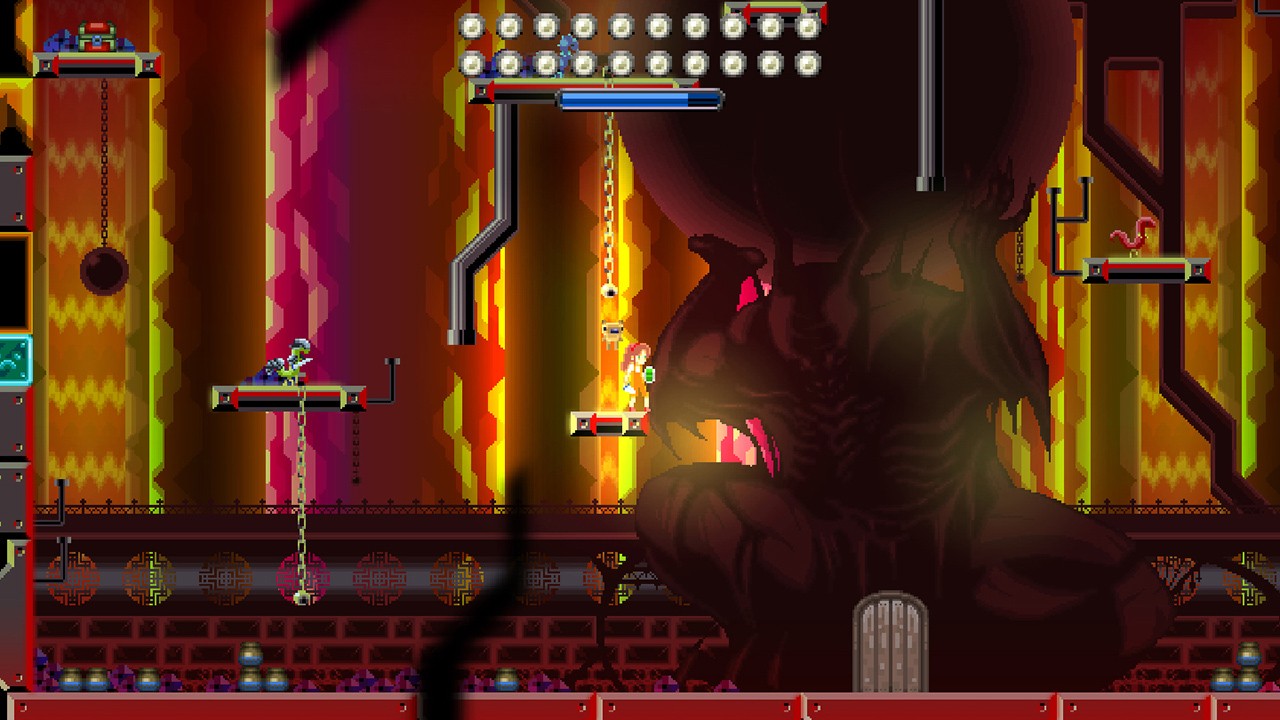 Now trapped in the digital realm of Exidus, the girl and her teddy embark on a quest to free the captive King, find the magical eggs and use their energy to unlock the gates and bring an end to Anguis’ rule. However, there’s a whole lot more that needs to be achieved within this side-scrolling platform adventure, as first of all, you need to explore the land in order to gain a bearing of its layout. This becomes paramount, as your first port of call revolves around rebuilding a musical device called the Musicom. By finding its twelve keys, hidden throughout the land, you can call upon its musical notes to form words, or phrases. These in turn, allow you to communicate with the creatures that reside within Exidus, as well manipulate the landscape through puzzle-solving to open unexplored areas and regions in your ultimate quest for the eggs.

As with most platformers, you can run, jump and attack. However, with increased exploration and discovery, you can also learn to swim and glide, as well as a host of other abilities needed to traverse the digital landscape. With it’s retro feel, style and look, the game also plays with some long-forgotten mechanics, such as being unable to move when attacking, or ensuring precision within your movements with its pixel-perfect level of accuracy. In fact, with its musical elements and levels of platforming, Finding Teddy 2 takes on a very Zelda and Mario feel, reminiscent of the NES days; all of which takes place in a world that bears many similarities to the Metroid of old, although its setting and themes are distinctly dark and not necessarily a game for children to play. In terms of this, the game holds a spell-binding production for anyone who loves and remembers the retro style of play.

Be warned though, the game starts off on a very slow burner. However, it’s also a game that pays persistence; stick with it and it soon opens up to a rich and glorious adventure that looks, plays and sounds wonderfully. This is largely due to having to learn everything about the game without it holding your hand in any way. You need to learn your moves, you need to learn the layout of the land and, more importantly, you need to converse with the habitants of this land in order to find out your true being and reasoning for being here. It makes for a grand adventure, one that can easily surpass the twenty or thirty hour mark, as you get to grips with its intricacies, open up the world around you and level your character with a host of items and abilities. 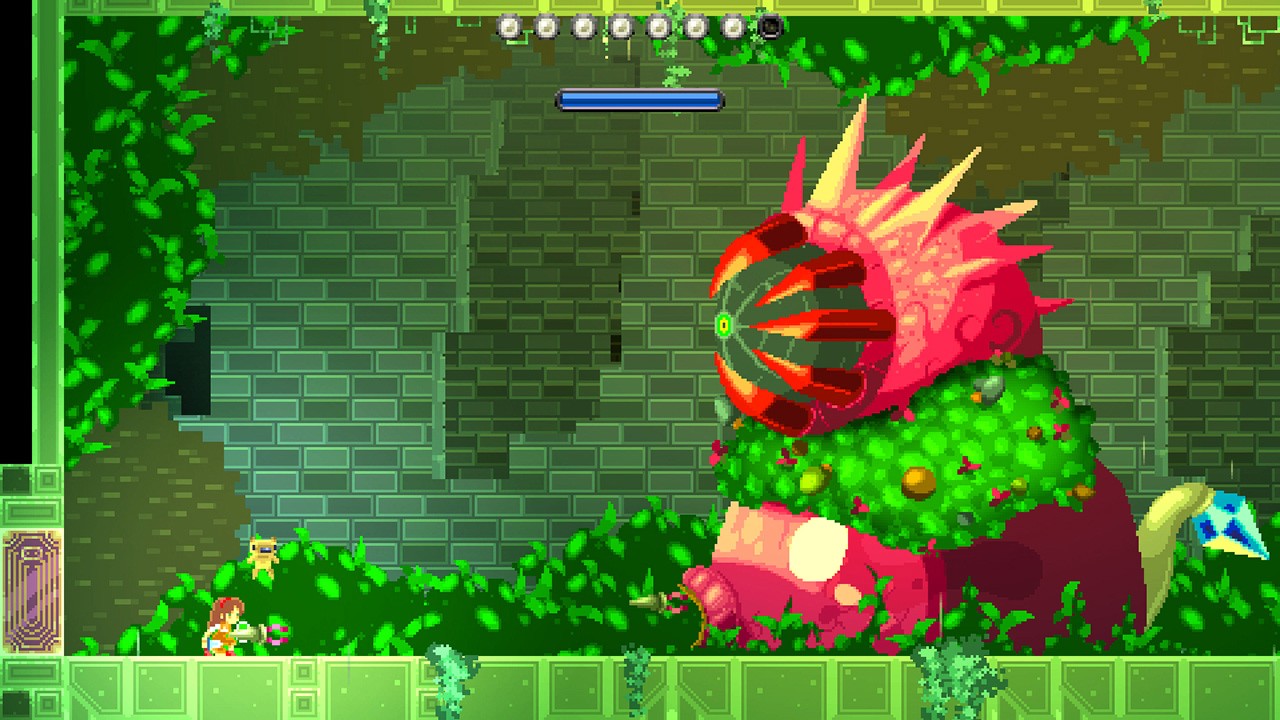 There’s a lot backtracking within the game, both in exploration and the need to solve puzzles or return to previously unreachable areas; thus its Metroidvania styling. A handy map soon becomes your lifeline, especially with the game’s need for thorough exploration. A series of puzzles need to be solved along the way, many of them revolving around the abilities of the Musicom, but some also require specific items, such as keys. None of the puzzles are ever challenging or head-scratchingly frustrating, but if you can’t find a solution, then it usually means you’ve missed something along the way and need to go back and search for it.

As you traverse each of the beautiful landscapes, you find items and collect coins/gems. These in turn can be used to upgrade items or abilities. However, should you die, you then lose what gold you may have accrued on this run. This in turn, can become a frustration, as sourcing such wealth can be a slow and difficult task. In that sense, the game can be brutal, but as I said, with careful planning and learning of its intricacies, you develop as a player and as a character, even revelling at your hard-earned victory against the size and might of some of the colossal, in-game bosses. With a heavy musical composition surrounding gameplay, it’s also important to ensure that you have a keen ear for sound, as without it, the game becomes near impossible.

Overall, Finding Teddy 2: Definitive Edition is a wonderful example of retro-inspired gaming. Its slow start and heavy trudge at first may put some gamers off, but this is a game that will reward you for sticking with it, as it eventually opens up to a game that holds the best values of some of your favourite titles from your past. Zelda, Mario and even Metroid, it’s all here in some shape and form, revealing a story that is as grand and as beautiful as any of the pixel-perfect environments that you find yourself in. There’s a certain level of charm and magic that resides within the game, one that only shows its face when you have learnt all of its mechanics; something that makes its slow start worth every pain-staking second that it took to learn, control and master. In short, this is a masterpiece in pixel-art and retro-inspired adventuring, all of which is presented on a very grand scale indeed.

Finding Teddy 2: Definitive Edition takes us back to how gaming used to be, with its retro-inspired feel, looks and challenging gameplay.