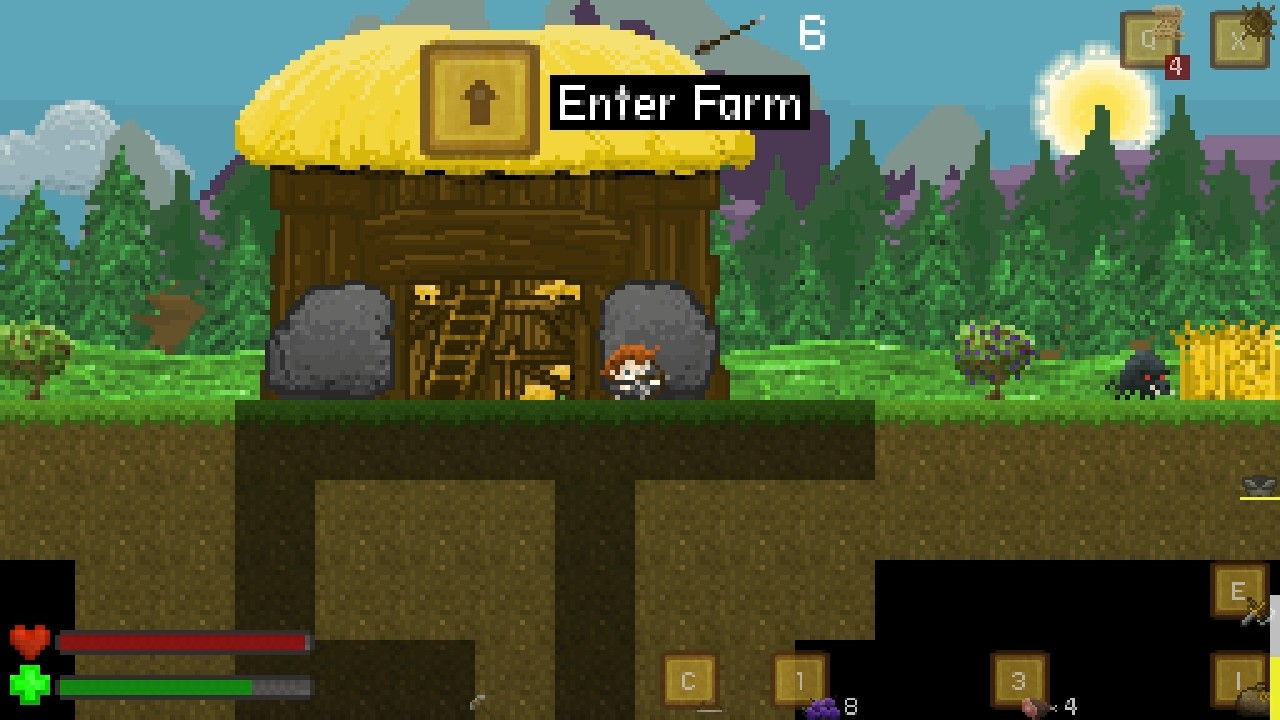 Aground came from humble beginnings, it started as an ambitious and successful free flash game, and then proceeded to have a successful Kickstarter campaign back in 2018. Sometime later that year, the game ended up releasing on Steam’s Early Access, but it was just recently that the game’s final 1.0 version was released. However, as I’ve been keeping an eye and following progress on the development throughout the years, I wouldn’t be surprised if this wasn’t the end for Aground.

So, what is it? I’m certain that a lot of people might have come across it, but quickly dismissed it due to the way it looks, and honestly, I wouldn’t blame you. There are some parts where the game’s pixel art actually looks good, but for the most part, I’d say it just gets the job done. With that said, as most of us are aware, looks aren’t everything, and Aground is without a shadow of a doubt a prime example of that.

Aground is a survival game with a strong emphasis on crafting, much like Terraria and Starbound, but its key difference is that it deviates from the complete open-ended sandbox nature of such titles in favour of a more streamlined experience. The thing that sets Aground apart from other games in the genre is its focus on story and the quest system, as this creates an overarching narrative and gives you a sense of purpose. Still, the game gives the player some degree of freedom, and different people might experience the game and progress in two completely different ways.

The game starts off with you setting foot on one of many islands, after your ship crash lands on an unknown planet. You quickly meet up with other fellow survivors and you keep on finding more people the more you venture out. Some of these survivors will help you tend to your base, by gathering resources and even fending off wildlife. Furthermore, the characters that you meet along your way will give you all sorts of quests that will expand your knowledge of the game’s world and allow you to unlock new tools and technologies. 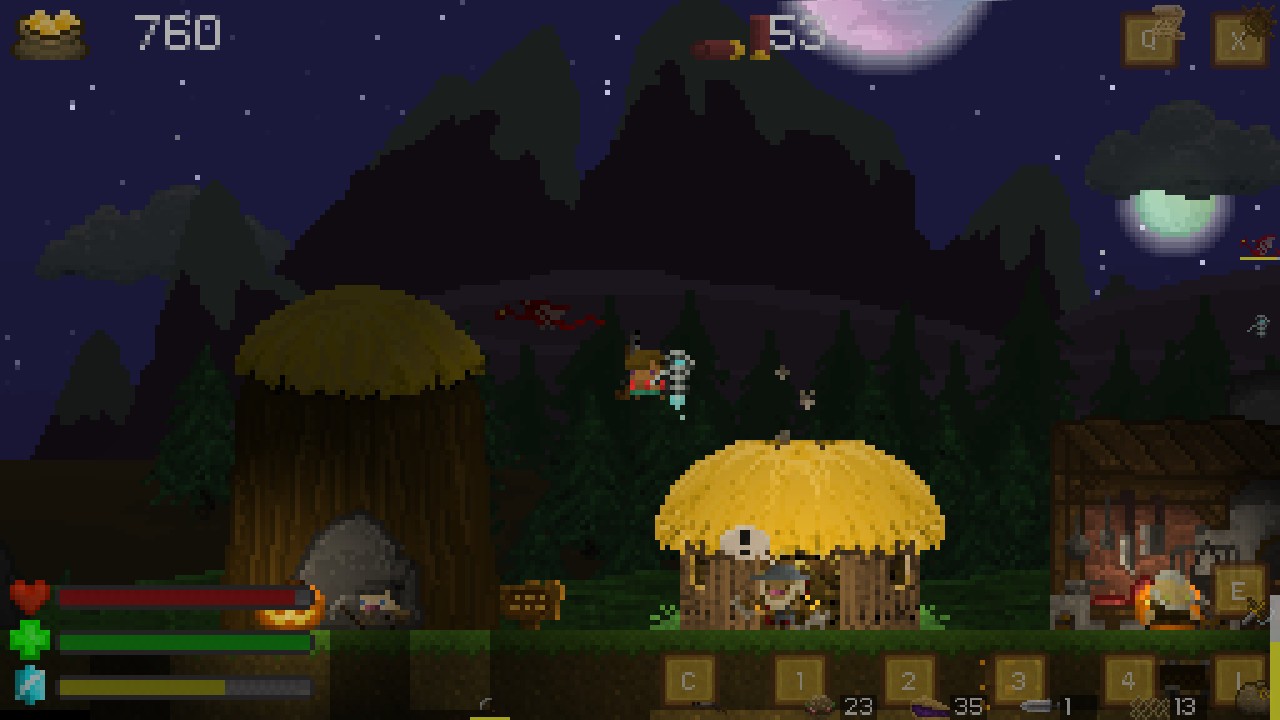 Aground is a survival sandbox game through and through, you can mine, build structures, pursue quests, fight enemies and bosses, craft new tools, farm all sorts of crops, cook, pursue the art of magic, get different vehicles, tame dragons, and even travel to other planets once you get your own spaceship. As you perform any sort of activity, you will gain experience and level up your character, which in turn will allow you to allocate skill points to many different stats and increase things such as your carrying capacity, your evasion rating, the amount of damage that you deal to enemies, how much damage you can negate, your critical chance, your maximum health and stamina points, and so on.

The mining aspect of Aground allows it to define areas in which the player must gradually evolve and gain access to new tools and resources. While you can certainly keep mining straight down with your pickaxe, you’ll eventually run into a new type of rock that can only be mined with the next tier of mining equipment. This shouldn’t be a strange new system if you’ve played these sorts of survival games, and it does help in streamlining the content and setting the pace of the game. Still, one of my biggest pet peeves with Aground is the fact that it features item durability. This is just one of those things that I deeply despise in games, especially survival games where you’ll find yourself spending a lot of time gathering resources. On top of that, when you combine item durability and weight limit, this severely hinders your exploration capabilities, as going over your weight limit drastically reduces your stamina, and if you run out of stamina you’ll start to lose health points until you eventually die.

With that said, while I appreciate the game for what it is and what it sets out to achieve, the game is just way too grindy for me, with the whole process of mining and farming resources, with constant trips going back and forth between a point of gathering and a warehouse to store the goods, the whole thing is a bit too much for me and it just takes away from my enjoyment. 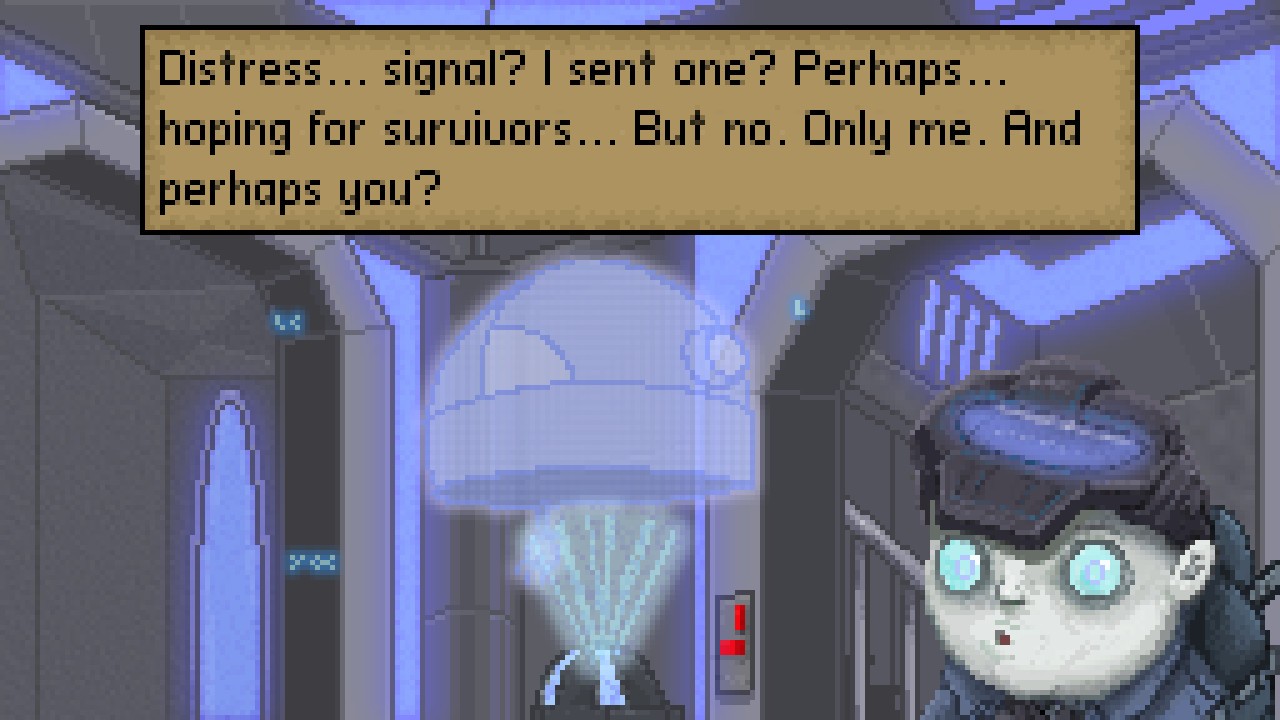 Despite everything, I have to admit that while I was initially pretty hooked on the game, after about 8 hours or so the game lost its magic for me. From what I can tell, I’m probably not even halfway through the story, but the constant grinding, running back and forth, and crafting just makes me wish there was some other way to experience the story and explore the world. I’m sure a lot of people will be more than happy with what Aground offers, just look at the 88% positive review score on Steam, but unfortunately, it seems that my time with these games has long passed. I used to be play games like Minecraft and Terraria for hundreds of hours a few years back, but nowadays they can barely keep me engaged for more than a couple of hours.

Overall, Aground might not be the best nor brightest game ever, but it’s an extremely competent survival crafting game with a surprising narrative element attached to it. If you’re on the fence about it, you can always try the free flash version, which pretty much acts as a demo. In any case, although my experience with it could’ve certainly gone better, I honestly don’t think you can wrong with it for the current price, if you’re a fan of games that focus on survival, farming resources and crafting.

Aground might not be the best nor brightest game ever, but it’s an extremely competent survival crafting game with a surprising narrative element attached to it.